Photo by Fridolin freudenfett on Wikimedia, licenced under CC BY-SA 3.0.

Towards Standardisation? – The Guidelines of the Inter-American Juridical Committee on Binding and Non-Binding Agreements

As described in Part I of our post, non-legally binding arrangements (NBAs) play an  ever larger role in foreign policy. As a response to their growing popularity and to avoid creating legal obligations ‘by mistake’, States have started to adopt internal guidelines on the drafting and signing of NBAs (see Part I). While such guidelines may create a domestic understanding regarding the differentiation between legally binding treaties and NBAs, misunderstandings and disputes on the international level regarding a document’s nature have repeatedly ended up before international tribunals. In more recent years, States have sought to address the delineation question also on the international plane (p. 498 et seq.). Taking up such initiatives, the recent CAHDI expert workshop raised the question of the relevance and desirability of a (regional) standardisation effort regarding NBAs. A flagship project are the ‘Guidelines on Binding and Non-Binding Agreements’, drafted under the auspices of the Organization of American States’ (OAS) Inter-American Juridical Committee (IAJC) which were presented during the workshop. This second part of our post will introduce the IAJC’s Guidelines and draw some conclusions for future standardisation aspirations.

Background and Scope of the IAJC’s Guidelines

The OAS comprises all 35 independent American States. One of its organs is the IAJC (Art. 53(d) OAS-Charter), which consists of eleven jurists and serves ‘as an advisory body on juridical matters’ (Art. 99 OAS-Charter). The topic of ‘MoUs’ entered the IAJC’s agenda in 2016 when Brazil’s legal adviser proposed ‘a review of the practice of States regarding memoranda of understanding that are adopted by various national agencies and sent to Congress for approval’ (p. 160). While this prompted comments on the nature of MoUs (binding or non-binding), it also triggered a discussion on the capacity of ministries, agencies, and sub-national territorial units to enter into international binding cooperation (p. 124). Returning to the topic in 2017, the IAJC appointed its American Committee-member, Professor Duncan Hollis, as Rapporteur on ‘Binding and Non-Binding Agreements’.

In his Preliminary Report, Hollis proposed distributing a questionnaire to the OAS-States to gather further information on their relevant practice (para. 59, 62; for the questionnaire, see Second Report, para. 69). Based on the 13 responses received, Hollis presented a further six reports, ultimately resulting in the adoption of the Guidelines in 2020. They encompass a total of 29 guidelines with commentaries, divided into six sections. Based on the broad discussions in the IAJC on who can sign what in inter-state relations, the scope of the Guidelines extends beyond differentiating between treaties and NBAs. In section 1, the Guidelines identify three types of ‘agreements’: treaties, political commitments (what we refer to as NBAs) and contracts. Based on the definition of these ‘agreements’, the following four sections address questions of capacity and procedure to sign them, methods for their identification and what – if any – (legal) effects they may produce. The final section proposes the training of State officials in this regard.

Giving the Child a Name

Attentive readers of Part I of our post may have stumbled across the title of the Guidelines (and the CAHDI workshop, for that matter) referring to binding and non-binding agreements. Often used interchangeably with the term ‘treaty’, many States avoid the word ‘agreement’ in the context of NBAs. However, at the core of the Guidelines lies a wider perception of the term: ‘Agreement’ is understood to encompass the two core elements of mutuality and commitment (guideline 1.1), without any prejudice regarding such commitments’ (legal) nature. By referring to ‘binding and non-binding agreements’, the Guidelines intend to exclude unilateral acts (lacking mutuality) or mere ‘agreed views’ (lacking a consented future behaviour) from their scope.

There is certainly some merit to Hollis’ arguments for such conceptualisation (paras. 87 et seq.). Regarding future (domestic/international) works on treaty/NBA-delineation, we nevertheless question its practicability. From a practical perspective, the best way to avoid ‘potential confusions’ (para. 91) is to use different designations when speaking of different instruments. Similarly, the Guidelines introduce the umbrella term ‘agreement’, only to speak of ‘political commitments’ when referring to non-binding and ‘treaties’ when referring to binding instruments. Moreover, from a conceptual point of view, any definition of ‘agreement’ – even of its core elements – is inclined to face inconsistencies. Hollis’ reference (para. 88) to the International Law Commission’s (ILC) work and today’s use of ‘agreement’ in the Vienna Convention on the Law of Treaties (VCLT) goes to show: The devil lies in the detail.

A case in point are subsequent agreements. While ‘agreements’ in the VCLT are generally legally binding (cp. Art. 39), subsequent agreements as provided for in Art. 31(3)(a) ‘need not, as such, be legally binding’ (Commentary, p. 77). This proves Hollis’ point that the term ‘agreement’ is not per se informative of the (legal) nature. Instead, a subsequent agreement merely ‘requires a common understanding regarding the interpretation of a treaty’ (ILC Draft Conclusion 10, p. 75). Requiring a ‘common understanding’, the ILC’s definition underscores Hollis’ element of mutuality. Needing only an understanding ‘attribut[ing] a certain meaning to the treaty’ (p. 78), however, the ILC’s definition arguably lacks the element of commitment. An ‘agreed view’ could, thus, constitute a subsequent agreement in the sense of Art. 31(3)(a), but not an agreement as defined in the Guidelines.

Speaking of the ILC, the title ‘Guidelines’ might raise associations with other projects on the law of treaties beyond the VCLT (cp. the Guidelines on Reservations to Treaties). In contrast to these works, however, the IAJC’s Guidelines ‘are not intended to codify international law nor offer a path to its progressive development’ (p. 10). Instead, they offer ‘voluntary understandings and practices’, advising States on reducing the risk of disputes. This is not for lack of a mandate. Like the ILC, the IAJC may ‘promote the progressive development and the codification of international law’ (Art. 99 OAS-Charter). Thus, Hollis initially pointed the IAJC to ambiguities in international law and practice and offered to draft a set of ‘general principles’ (para. 57). While some States and international tribunals employ a subjective, intent-based approach to delineate treaties from NBAs, others rely on an objective test (cp. Part I and guideline 3.2, commentaries). By adopting the ‘general principles’, the OAS-States would have committed themselves to a subjective test. However, upon diverging responses to his questionnaire, Hollis advised the IAJC against any such standardisation (p. 20-22).

In opting for ‘best practices’ instead, the Guidelines serve as an important orientation for (OAS-)States seeking to (re)draft internal guidelines. At the same time, this approach reduces some of their (potential) added value as a reference point in inter-state negotiations. Neither are the Guidelines authoritative; other States, thus, cannot rely on their OAS-partners acting in the manner advised. Nor do the Guidelines provide a comprehensive overview of the OAS-States’ existing practice. While third States may gather some information on their partner’s practice from Hollis’ reports and the Guidelines’ commentaries, the Guidelines do not depict the OAS-State practice in total. Rather, they advise States to publicise information on their procedures, even contemplating a further, concerted publication by the OAS (guideline 4.5).

Were CAHDI to pick up on the idea of a (regional) standardisation floated during the expert workshop, the question of the authoritativeness of any outcome would, similarly, arise. Moreover, the call for standardisation is generally based on two assumptions: That current standards are not uniform and that uniform practice is necessary, for example, to create certainty, avoiding misunderstandings. At first sight, both assumptions hold true. As Hollis’ reports and statements at the CAHDI workshop demonstrate, both States and international tribunals apply differing tests to delineate treaties and NBAs. And the fact that case law on the issue exists appears to evidence the necessity of uniformity best. Nevertheless, we argue that concerning NBAs, both assumptions are questionable.

Regarding the first, we would point to Aust’s standard work on treaty practice. Since its first publication, the book has included a comparative table on binding and non-binding language (Appendix G). While we cannot answer the ‘chicken or the egg’ question, any domestic guidelines on NBAs that we are aware of employ largely similar wording compared to Aust’s table. The same holds true for the suggested wording in the IAJC’s Guidelines (Table 2). Should our readers be aware of guidelines proposing significantly different wording, we would be very interested to learn of them.

Thus, although States apply different tests in delineating treaties from NBAs, a basic common drafting standard seems to exist, which they believe to satisfy both a subsequent subjective and objective assessment of the document. Based on our experience, the problem, thus, is not a lack of uniform standards but rather the lack of implementation thereof. With similar internal standards, State officials should be able to negotiate texts based on a common understanding, precluding misunderstandings and absorbing minor differences. Achieving this, however, does not require standardisation, but primarily internal action: Through the adoption of (mandatory) internal guidelines/procedures where they do not exist and, most importantly, training and education. Therefore, although appearing rather nondescript at first glance, the last section of the IAJC Guidelines (‘6. Training and Education Concerning Binding and Non-Binding Agreements’) cannot be highlighted enough.

That is not to say that international exchange is superfluous. First, it can assist States lacking internal guidelines in establishing such standards. Secondly, it can help verify our proposition regarding largely uniform standards. And lastly, should standards indeed diverge, knowledge of the negotiating partner’s practice and procedures, rather than their standardisation, could already help preclude misunderstandings.

The views and opinions expressed in this post are those of the authors and do not purport to reflect the positions of any entity the authors were or are currently affiliated with. 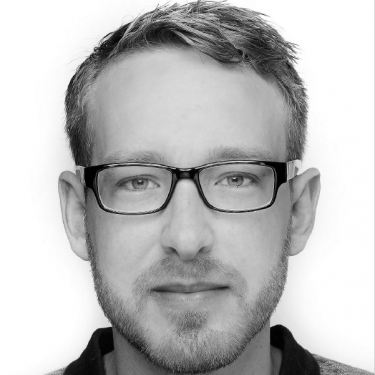 Florian Held, LL.M. (University of Cambridge) is currently working as Desk Officer in the Treaty Division of the German Federal Foreign Office.