Making the Convention “Universal”: Other Views of the Additional Protocol

This blogpost complicates the received wisdom on the origins of the Additional Protocol of 1967.  Following B.S. Chimni, I argue that the need for the Protocol was heightened by the upheavals of decolonization, in particular the emergence of regional refugee protocols in Asia and Africa that threatened to expose the UN Refugee Convention of 1951 as little more than another “regional” treaty.  In the process, I seek also to remind readers of figures, organizations and debates that have become marginal to standard accounts of refugee history.

As is well known, the 1951 Refugee Convention restricted refugee status to persons whose displacement had occurred “as a result of events taking place in Europe before 1 January 1951”.  16 years later, the Additional Protocol of 1967 removed these geographical and temporal limits, opening the door to a much wider international acceptance of the treaty.  Looking back, we can see an air of inevitability in the scholarly literature on the removal of these definitional restrictions.  What disagreement there is among leading refugee studies scholars comes down to whether this step was really necessary, given the emergence of new institutional practices such as “good offices” and “prima facie” refugees (Goodwin-Gill and McAdam 2007), or whether the framers of the Additional Protocol should be congratulated for coming up with a clever scheme to make the Refugee Convention more acceptable without having to renegotiate the entire treaty (the dominant position, Loescher 2001).  The “success” of the Additional Protocol can further be measured by the sharp rise in the number of states acceding to this treaty, from 22 in 1960 to nearly 150 today.

A different reading of the need for the Protocol is offered by B.S. Chimni (1998: 351) who argued that “[the loss of the] regime’s legitimacy was of such great significance that it compelled the removal of the chronological and geographical limitations of the 1951 Convention.”  Sarah Davies (2008: 60) describes the Protocol as embodying the minimum necessary changes required to ensure the viability of what would come to be called the international refugee regime.  By contrast with the mainstream view, these latter comments index a treaty that was far from universal and note a conservative impulse underlying the modification of treaty language. Clearly, there is need for a more complex reading of the period between 1951 and 1967.

In what follows, I develop this insight by highlighting other contextual factors shaping the imperative to modify the Convention language in the form of the Additional Protocol, notably the emergence of regional refugee protocols in the wake of decolonization.  In the process, I seek also to remind readers of figures, organizations and debates that have become marginal to standard accounts of refugee history.

In 1959, during the World Refugee Year, High Commissioner Auguste Lindt, a Swiss national, convened a group of four Euro-American legal experts to discuss the need for changes to the UNHCR statute.  What was remarkable about this meeting is what was not discussed.  During the first decade of the UNHCR’s existence, new practices had emerged in response to contemporary refugee crises, namely, “problem of concern,” “good offices,” and “prima facie” refugees, all effectively expanding the remit of UNHCR work.  Notwithstanding these significant developments, and although convened to assess the need for making changes to the UNHCR statute, the committee declined to make any formal recommendations to the High Commissioner.  Shadowing their discussion was an unclear sense of mission within the agency at its ten year mark and the emergence of newly independent countries from Asia and Africa who were skeptical about the refugee regime even as they embodied new humanitarian challenges.  In retrospect, we can see that the Expert Committee’s inaction ended up reinforcing the “myth of difference,” to borrow Chimni’s term (1998: 368), between the conditions facing and responses to European and non-white displaced persons.

Beginning in 1964, the Asian-African Legal Consultative Committee (AALCC) initiated formal deliberations on the “rights of refugees” at the instigation of the United Arab Republic (the merger of Egypt and Syria).  These conversations would lead, in 1966, to the Bangkok Principles, a non-binding set of rules that members could use to shape domestic refugee law and policies.  Around the same time, the Organization for African Unity would also begin discussions on a refugee treaty for Africa, which would lead to a uniquely progressive convention being signed in 1969.  The newly appointed UN Deputy High Commissioner for Refugees, Prince Sadruddin Aga Khan, would realize the institutional threat posed to the international refugee regime by regional conventions.  At a time when a mere handful of countries had signed on to the UN convention, competing refugee treaties in Asia and Africa would have the effect of making explicit what the UN Refugee Convention was in effect, namely, a European treaty.

Joined by UNHCR legal adviser Eberhard Jahn, Sadruddin would attend the annual meetings of the AALCC to shape their negotiations with one purpose in mind: to ensure that the emerging body of principles accepted the Refugee Convention as a “universal” baseline. His work was hampered by the fact that the Refugee Convention explicitly excluded these world regions from its scope, leaving him in his speeches to amplify the increased material assistance being received in Africa, while underplaying the possibility of refugee resettlement in third countries, one of three durable solutions to a refugee crisis.

Drawing on their own historical experience and responding to contemporary political flashpoints, Asian and African discussions diverged considerably from Convention definitions. To the liberal and anti-Communist bias of the Convention definition of the refugee (the individual persecuted for his political beliefs who had fled to another country) was added concerns for those who were being persecuted by unjust and racially prejudiced laws and recognition of the involuntary movement of people.  The OAU convention would go much further and include “external aggression, occupation, foreign domination or events seriously disturbing public order” as legitimate reasons to be “compelled” to leave their country of origin. These expansions of the causes of becoming a refugee, drawing from the lived experience of colonized people seeking sovereignty in a world divided by what W.E.B. Du Bois had called the Color Line, would not be up for consideration when the Refugee Convention was finally revised.

A special colloquium would be convened in Bellagio in 1965 to revise the Refugee Convention. Hovering over the Bellagio meeting was the knowledge of draft regional conventions that had gone much further than the UN Convention in their definition of the refugee and diagnosis of the problem of forced migration.  The threat posed by the ongoing deliberations of the AALCC and OAU member-states was countered by making them explicitly acknowledge the primacy of the UN convention: this was accomplished by the travels and diplomacy of senior UNHCR officials such as Sadruddin. Second, the most obvious limitation of the claimed universality of the UN convention, namely, its time and space restrictions, had to be removed. Once both tasks were completed, the barriers to joining the treaty were lowered by the legal finesse that permitted signatories to the Additional Protocol to accede retrospectively to the Refugee Convention (see Article 1).

That was the purpose of the Bellagio meeting.  However, there still remains a regional gap. While most African states have signed on to the UN Convention/Additional Protocol, very few Asian states have, in spite of hosting in some cases, millions of refugees and displaced persons in the last seven decades.

Among the many tacit legacies of the period 1951-1967 was the consolidation of the idea that revising the Refugee Convention to remove its shortcomings was extremely difficult.  We should work with what we have, it is argued (especially by international lawyers), as the political consensus needed to write a new treaty will never be there again. This blogpost seeks to problematize the virtues of an apparently universal treaty by reminding readers of a historical moment when regional treaties sought to go much further to aid displaced persons. When signatories to the Convention do not fulfil their treaty obligations and non-signatory states host more displaced persons that their legally-bound counterparts, it is worth considering what might have happened if regional conventions had been allowed to become the standard for the protection and maintenance of refugees and forcibly displaced persons around the world. 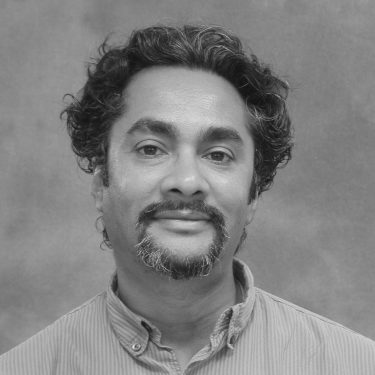 Itty Abraham is head of the Department of Southeast Asian Studies at the National University of Singapore. He is working on a critical and postcolonial history of refugees and forced displacement.