On the Silence of International Lawyers in Protracted Conflicts

In Völkerrechtsblog’s editorial on 1 June 2021, the editors raised a concrete question to their readers, on the occasion on the most recent wave of violence in Israel and Palestine:

“In light of such humanitarian tragedy, a weariness seems to have spread amongst international lawyers, as they struggle to make sense of a conflict that appears to transgress international law’s categorizations: Legal/illegal, ex post/ex ante, rightful/wrongful, jus in bello/jus ad bellum etc. At times, these binaries seem almost vulgar considering the individual human tragedies that rest beneath the surface of international affairs (…). Must we, as international lawyers, always speak up so ever wittingly and make use of our adorned vocabulary, concepts and orderly demeanor? Or, are there not times to retreat, stay silent and be appreciative of our limitations?”

The answer to the above is rather clear. Yes, we must.

Through the text below I would like to share some thoughts and a brief explanation on why I believe this to be the case, from my position as a researcher interested in the long-term presence, absence or silence of international law in the context of protracted ‘frozen’ conflicts. The comments below derive from the limited scope of my own research. Even so, I believe they are worth sharing, as a contribution to the ongoing dialogue. Discussions about law may indeed feel hopeless in the context of protracted violence. Silencing aspects of the law, however, as indicated below, brings to the surface the worst of international law’s politics.

Though each protracted conflict has unique characteristics which makes the drawing of comparisons a sensitive task, perhaps especially for lawyers, at least some experience is shared. Even then however, one needs to be constantly aware that the way different persons understand and experience past or ongoing violence within the same society may differ radically. It is in the nature of such protracted conflicts to be highly divisive and polarising within the societies they take place. Moreover, the tension of violence may vary extensively from one context to another. While some conflicts are non-violent (‘comfortable’ even) for decades, other such conflicts may take the form of daily passive-aggressive incidents of discrimination, and/or recurrent minor or major incidents of direct physical violence. The extended duration of such conflicts often also means that the levels of intensity may shift across different periods of time. Thus, even when the conflict may not ‘look or feel like a war’, and people may have stopped dying from bullets, shelling, and air-bombings on a day-to-day basis, the lives led in parallel to walls, buffer zones, barbed wire and checkpoints are not, as a matter of fact, lives lived in peace. External observers and locals are equally prone to sometimes accidentally omit this detail.

The eruption of hostilities in Nagorno Karabakh in September 2020, like the most recent wave of violence in Gaza and Israel, as well as the recent demonstrations in Colombia and Northern Ireland, and every other recurrence of violence during long-term conflicts often serve as a rude re-awakening for those living, working or conducting research in the context of such conflicts, to the fact that the silence of the arms does not necessarily mean that the arms are silenced forever. As witnessed in the cases of Colombia and Northern Ireland especially, where political agreements have been in place, despite the apparent ‘peacefulness’ on the surface, the conflict remains very much present, deeply entangled in the socio-political fabric of the affected society/ societies. The dominant historical narrative and public discourse, the educational system, and the experience of the older generation are most often the constitutive elements of this.  The editor of course had in mind openly-violent situations, but it is important to point out that even when violence is not there, intangible socio-political factors that may destabilise the situation at any point are always undercurrent.

In the meantime, while words fail international lawyers, international law fails those who have been enduring and still endure the consequences for decades, often turning to the law for protection or in search of (an often-exaggerated notion of) justice – exaggerated since, like for victims of violence at the domestic level, there is a limit to the protection the law can give and the reparations it can make. Subsequently, while weariness creeps onto international lawyers, who are only too aware of the limits of their profession, those who suffer the most in the middle of a conflict do not really have an option other than to persevere and be resilient: from mourning the loss of their loved ones, to awaiting the return of those who are missing, losing access to the enjoyment of one’s ancestral homes and property, dealing with inter-generational trauma, and being disappointed, over and over again, by endless, inconclusive negotiations.

While I agree with the editor that ‘silence does not [always] equal voidness or neutrality’, and that we should not always speak ‘wittingly and make use of our adorned vocabulary’, I disagree with the conclusion that, in the face of complexity, silence is the right way to deal with such cases, not even as an expression of ‘one’s awareness of complexity and consideration in the face of human suffering that often seems to transcend the law’. For the international lawyers observing the events, the law should not be yet another crisis to resolve, which once it becomes too uncomfortable can be ‘thrown under the carpet’, until the next best opportunity arises to put the problem back on the table. On the contrary, speaking about the law’s complexities, its inefficacies and inadequacy to respond to human suffering, could help identify the words our ‘legal vocabulary’ is missing. If the law is to play any significant role, this is of vital importance. Otherwise, the law can easily become one of the most efficient tools toward generating a vicious circle of hatred, mental and physical division, and more suffering, delivering empty promises of an idealised, unattainable, justice ‘for us’, in the face of the injustices caused by ‘the other’.

International lawyers, like diplomats and politicians, have long been aware that there are (at least) two sides to most international legal arguments. This duality however, is rarely admitted publicly in societies affected by a protracted conflict. While international law plays a ‘humble’ (p. 95 here) role in big international fora, domestically, more often than not public discourse focuses on the narrow scope of legal arguments that favour exclusively the group-specific interests and priorities of the day. This leads to a chasm between the historical record, the experience and memory that form the public’s expectation of what ‘justice’ would entail, and the interests and priorities that define the political and diplomatic agenda at present.

As a result, within the public debate in the domestic sphere, there remains no space for the level of scrutiny international lawyers are capable of among themselves. This is not to suggest that everyone should become an expert in international law, but the problem does appear to be particularly acute among lawyers. Especially once compared to the volume and variety of research produced by social and political scientists who study such conflicts. The traditional insistence of international lawyers to assess the law through a formal lens only, has precluded us from appreciating the extent at which the law, as one of the core elements in international argumentative practice and policy, has an impact through its often skilfully-curated presence, absence or silence.

Perhaps there is no more vulgar binary than the one between war and peace, and there is a plethora of ongoing conflicts international lawyers have been silent about for decades. Usually because those conflicts do not fit the binaries, or too much time passed by, with deadlocks multiplying with each passing year or decade, while the next crisis is always more interesting than the previous one. Despite the fact that discussing the legal complexities that exist is highly unlikely to alleviate the suffering or lead to quick fixes, keeping the discussion going is vital so as to ensure that none of the sides to a conflict can look away from their respective responsibility towards contributing to the harm and the suffering caused. 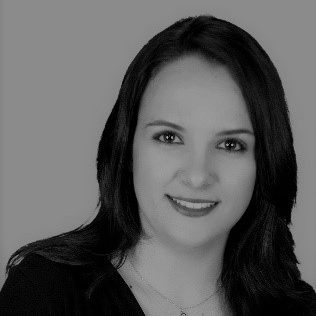 Nadia is a PhD Candidate and Associate Lecturer at the University of Central Lancashire, based at the Cyprus Campus of the university (UCLan Cyprus). Her doctoral research focuses on the protracted conflict in Cyprus, through the lens of common Article 3 Geneva Conventions I-IV 1949.