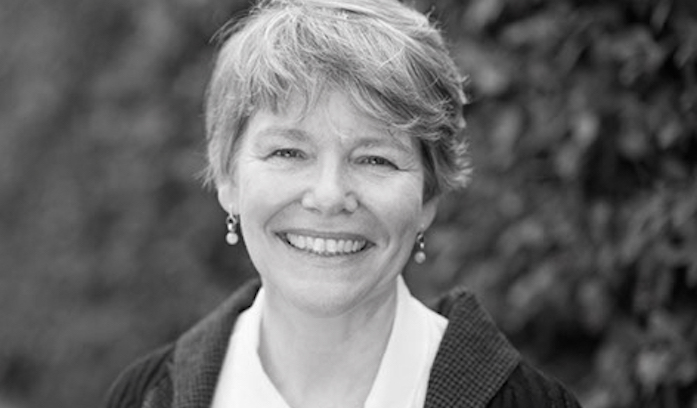 Law as a site of politics (Part II)

An interview with Hilary Charlesworth

Völkerrechtsblog is delighted to post the second part of our conversation with Hilary Charlesworth. In this part of the interview she tells us more about the power of rituals and ritualism in human rights law, the role of law in regulation, why interdisciplinary research in law matters, and about her time on the ICJ, where she worked on the Whaling case.

This is the second part of the interview. Read the first part here.

Let’s jump to the book on Rituals and Ritualism in the Universal Periodic Review that you recently co-edited with Emma Larking. Why did you choose to look at this instrument through this particular lens, which is not a legal one in the first place?

I first heard about this idea of ritualism through the work of my colleagues John Braithwaite and Valerie Braithwaite in a seminar here in RegNet. They published a book on nursing home regulation in three different countries. One of the things they noticed was that a lot of people that run nursing homes, when faced with a new regulation, like setting the temperature of bath water, would very rarely actively resist the new regulation. They usually just would accept it but would act in ways that would just appear to comply, but were not really engaged by the law. It was just a performance of compliance. I thought this could be applicable to international law and human rights law where countries would often accept regulation and treaties but would act in ways that were only minimally affected by these laws. This was the basis for the fellowship that I got five years ago exploring this idea. Again, I feel like a lot of these things have just been very happy accidents. I did my application for this fellowship together with the anthropologist Margaret Jolly. We talked about the relationship between ritualism, which is a concept that comes from regulatory theory, and ritual theory, which is very important in anthropology.  It’s not hard to see the Universal Periodic Review as a ritual in the way that is performed. So the question was how do these UPR rituals become ritualistic in a regulatory sense.

In a nutshell I would say that in the human rights field the power of rituals can sometimes be harnessed to overcome the problems associated with ritualism. The concept of ritualism, which comes from the sociologist Robert Merton, identifies a response to a normative order, a way of getting around a normative order, which is a very real phenomenon. But there is also power to human rights rituals. In the UPR, countries sometime behave quite ritualistically, however, I think that the rituals of the UPR can in some contexts nevertheless exert pressure on those countries to change practices. The collection that we edited has nice examples of this and also of the positive powers of human rights rituals.

You often use the term “regulation”. What is the benefit of looking at law through regulation?

I think the reason why I find regulation so rich is the idea that regulation means shaping the flow of events. The concept is much broader than law. So law is one form of regulation but the concept of regulation would also encompass the rules of etiquette, architectural planning and practices as forms of regulation or self-regulation. I think why I find the idea of regulation so rich is because it decentres law – it means that the law is not your first and only means. Let’s say we ask how can we change the course of events, for example how can we decrease young Australian Muslims enrolling in ISIS? If you approach it in a regulatory way, you wouldn’t say that the first answer is a law to take away the citizenship of people who join ISIS. Regulation understands law always in relationship to other forms of control and I think that is much more accurate and useful approach.

Do you have an example from the international sphere?

Take for example human rights treaties. Say there is a problem, there is discrimination against people with disabilities. What will we do? The international lawyer will want to create a treaty, to put some law out there and get countries to sign onto it. We tend to put our faith in a legal tool and getting people to adhere to it. But, as we know, this can never be the end of the story. If you take any of the human rights treaties like the Convention Against Torture or the Convention on the Elimination of All Forms of Discrimination Against Women, you might have splendid normative standards but they are clearly not enough in themselves to produce any behavioural change. Take prisons and the risk of torture: What forms of pressure can minimise torture in these contexts? We might think of architectural and building standards or the employment structures of people that are running these places or the way they are trained and educated. The concept of responsive regulation, developed by John Braithwaite, is valuable in achieving normative goal, such as human rights. The idea of responsive regulation, first articulated in the context of business regulation, is built on pyramids of supports and pyramids of sanctions. The idea is to start by identifying the strengths of a particular system, or actor, and then to expand them through building capacity. The tip of the support pyramid is superlative forms of recognition. Moving up the pyramid of supports encourages the growth of an actor’s capacity to respond to problems. If particular problems are impervious to regulation through the provision of support, a pyramid of sanctions can be deployed. At its base are dialogue-based sanctions such as education and persuasion. Increasingly tough measures apply moving up the sanctions pyramid, such as shaming, sanctions and, finally, even ejection from the system. Escalating the severity of penalties takes place only when the previous step has manifestly failed.

Straight legal research or purely positivist research is dull. Maybe it’s because of the way that I learned law, which basically meant swallowing the principles and then just regurgitating them out again. I think lawyers and the nature of the legal training haven’t really changed since I studied law, although there are some inspiring exceptions. Working in an interdisciplinary way has been very rich for me because it exposes you to so many different ways of looking at things. I appreciate in particular the perspective of the sociologists and anthropologists who I have encountered here at RegNet and the ANU and I have learned so much from them. They often tend to look down their noses at law and regard lawyers as people in a trade school who are just like learning the rules of connecting electrical wires. I am exaggerating the picture, because there are wonderful people that do amazing work in law, but to me interdisciplinary work is the future. Not only because it is intellectually stimulating but also because if you want the law to do anything you have to see it in its larger context. If you don’t, you just make tiny little changes but cannot really affect larger social problems.

Let’s move out of academia and to the ICJ. You were appointed there as an ad hoc judge for the case on Whaling in the Antarctic. Can you tell us a little about your experiences? Did that change your perception of international law and how it works in this institution?

It was a marvellous experience, and it changed my perspective about the way international courts operate. It is exciting to be inside an institution that you have studied from the outside. The fifteen elected ICJ judges were all welcoming and open. Most judges of course have the experience of hundreds of cases, however I just have one, but it was an intriguing case and I enjoyed getting to know the law that relates to whaling. I was very interested to observe the rituals and the way the Court prepares for the case. Overall, I was impressed by the seriousness of the members of the Court and their approach to the issues. The process of judicial deliberation fascinated me, in particular how you get fifteen or sixteen strong-willed individuals, from common law and civil law backgrounds with their different approaches, to come together to devise an outcome. On the ICJ, there were quite few judges who had prior judicial experience and many more who had diplomatic experience, so it was also interesting to see the difference in those approaches. Judgments in the court are crafted in deliberative sessions, which takes a huge amount of time. After the case is heard each judge writes a memo on their views and presents those in a plenary meeting and the drafting committee tries to fuse those ideas into something coherent. Weeks are given over to deliberation, painstakingly going through every paragraph of draft judgments. It was fascinating to see how particular ideas are sometimes lost in that process and other ideas that did not seem so important come much more into focus. Now when I read an ICJ judgement I can imagine some of the debates that lie behind it.

What do you think about the fact that Japan aims to continue whaling?

Japan has now applied to the International Whaling Commission to approve a new programme of scientific research. The Whaling Convention has a specific provision that contemplates scientific whaling, so it is definitely allowed. The hope by some activists that the Court would somehow prohibit all scientific whaling did not take the terms of the treaty into account. The critical question is what size of take is consistent with scientific whaling. I assume the IWC will read the ICJ judgment carefully and will take into account the Court’s views on the elements of a valid scientific programme.

To conclude, what do you think is the biggest challenge to international law at the moment? I think for example the current refugee crisis?

International law can do some things but it can’t do everything. How can we respond to the current situation with respect to large scale flows of asylum-seekers?  The answers of course are much broader than law. The Refugee Convention was drafted in the post Second World War period and in the light of quite different situations. We could presumably negotiate different international legal standards, although in the current climate they could be very weak indeed.  It may be more useful to think in terms of responsive regulation and identify an appropriate pyramid of supports and pyramid of sanctions to achieve the desired effect. We have to move beyond a narrow view of sovereignty and reach a situation where this is seen as a more global problem and where there is a commitment to burden-sharing. We also have to think deeply about the causes of the flows of desperate people and whether we are contributing to them. These questions requite political imagination and courage. International law does not have all the answers, but it can be one important thread in responding to complex situations.

Thank you so much for the conversation, Hilary.