This is the second part of a two-part analysis of the PCIJ’s Advisory Opinion concerning the Interpretation of the 1923 Treaty of Lausanne. The first part reviewed the opinion’s background and the drafting history of article 3 of the 1923 Treaty of Lausanne which the Advisory Opinion focussed on. Article 3 concerned the delimitation of the boundary between Turkey and Iraq following the collapse of the Ottoman Empire. The key point of contention was whether that boundary could be drawn by the Council of the League of Nations without the consent of the States affected by the decision: Turkey and the United Kingdom. While the United Kingdom maintained that consent was irrelevant, Turkey maintained the opposite. In the first blog post, it was argued that the drafting history of article 3 favoured Turkey’s position. Below it will become apparent that the PCIJ nonetheless followed the arguments advanced by the UK, finding that the boundary could be drawn without Turkey’s consent.

The Advisory Opinion of the PCIJ

Apparently disregarding the lengthy discussions concerning the importance of a consensual solution to a border dispute amongst the Parties to the 1923 Treaty of Lausanne, and questioning the significance Lord Curzon’s original proposal of 23 January 1923 (“no decision can be arrived at without [Turkey’s] consent”), the PCIJ held that the absence of any reference to the “question of the consent of the Parties to the solution to be recommended by the Council” following Lord Curzon’s proposal, means that the Parties’ did not attach particular importance to the question of consent (Adv. Op., [23]).

But this turns the burden of proof on its head. In light of Lord Curzon’s clear assurance that no decision would be reached without Turkey’s consent and the Parties’ repeated reference to Lord Curzon’s “original proposal”, it is the PCIJ’s counter-factual understanding that would need to be proven by establishing that the “original proposal” was abandoned. Indeed, given the importance of that question, one would expect nothing less than an explicit acknowledgment of such abandonment and yet the record is completely silent on this matter.

Finally, the PCIJ moved beyond article 3 of the Lausanne Treaty and considered whether the League could give effect to the Parties’ alleged intention by departing from its fundamental unanimity principle. Observing prudently that “[o]nly if the decisions of the Council have the support of the unanimous consent of the Powers…will they possess” (Adv. Op., [29]) the required degree of authority, the PCIJ then determined that the principle of unanimity can sometime be departed from. In support of this contention the PCIJ referred inter alia to articles 44 (concerning the protection of minorities) and 107 (concerning cross-border “travellers or goods”) of the Lausanne Treaty (Adv. Op., [30]). However, neither article is similar in content or importance to the case at hand. The PCIJ also relied on article 15, LONC, which deals with disputes and does indeed consider the implications of recommendations adopted irrespective of the consent of the interested parties (Adv. Op., [31]). However, article 15, LONC, concerns non-binding recommendations rather than binding decisions with the most serious of consequences. Against that background, it is simply wrong to state that “the circumstances contemplated” by article 15, LONC, meet “the requirements of a case such as that now before the Council” (Adv. Op., [32]). Even Lauterpacht, who praised the PCIJ’s approach, admitted that the PCIJ’s construction in this regard departs from the “explicit…letter of the Convention” (Hersch Lauterpacht, The Development of International Law by the International Court (Cambridge University Press 1982) 160). As such the PCIJ’s interpretation of both the Lausanne Treaty and the LONC is more than questionable.

The PCIJ’s reference to the “well-known rule that no one can be judge in his own suit” (Adv. Op., [32]) in support of the PCIJ’s overall conclusion represents this decision’s ultimate absurdity. This is especially so given that of the 10 PCIJ judges hearing the case, four were nationals of countries who had fought with or assisted Turkey’s enemies only a few years earlier while the remaining judges were nationals of neutral countries. Certainly, the principle is of significant importance, but it is a principle designed to safeguard the impartiality of judges in judicial proceedings. However, as the PCIJ had itself observed, the members of the Council are political representatives facing a political dispute (Adv. Op., [26-27]). Hence, the principle is entirely inapplicable to the resolution of a political dispute. Indeed, if this principle was to be applied to the political realm, then the votes of political stakeholders affected by a particular measure could never be counted. Surely, this would be nonsensical especially in light of the PCIJ’s observation that “it is hardly conceivable that resolutions on questions affecting the peace of the world could be adopted against the will of those…Members…who, although in a minority, would…bear the larger share of the consequences….” (Adv. Op., [29]).

Lauterpacht shared the present author’s view that the PCIJ’s decision in the Advisory Opinion on the Interpretation of the Treaty of Lausanne represents a “bold piece of judicial legislation” (Hersch Lauterpacht, The Development of International Law by the International Court (Cambridge University Press 1982) 160). Yet, Lauterpacht hailed the PCIJ’s “determined effort to see the purpose of the [League’s] Covenant” fulfilled (Lauterpacht, 161). It is questionable whether the PCIJ’s interpretation was the only way to realise the purpose of the Covenant and whether a consensual fixing of the frontier under the auspices of the League was a truly inconceivable option. This is especially so considering that the PCIJ’s incautious demeanour caused Turkey to withdraw entirely from participating further in the resolution of the dispute, that Turkey postponed its initial efforts to join the League by almost 10 years and that even the Council itself chose not to apply the PCIJ’s reasoning regarding the non-consensual settlement of disputes on subsequent occasions (eg in relation to Japan’s invasion of China in 1931). But the most troubling aspect of the PCIJ’s decision lies in the fact that the PCIJ sanctioned and bestowed with a sense of legality a non-consensual process of fixing boundaries in the Middle East whose evident inadequacy continuous to plague the region until the present day. That is not to say that a consensual agreement between Turkey and the UK would necessarily have guaranteed more stability in the region – especially, because all other local stakeholders (most importantly the Kurds) were still excluded from the process. But it does mean that at a critical moment the newly established PCIJ put the integrity of international law and the respect for its own judgments on the line by interpreting a treaty provision seemingly in accordance with the PCIJ’s own and not the Parties’ wishes.

One might argue this goes too far and that the PCIJ’s arguments are not entirely incredible and that especially the Parties’ subsequent conduct does lend some support to the PCIJ’s conclusions. But even if that is to some extent correct, the PCIJ could have avoided any suspicion of partiality by complying at least with its own principle to choose from different admissible interpretations that interpretation “which involves the minimum of obligations…if the wording of a treaty provision is not clear” (Adv. Op., [27]). And if there is one thing which is clear by the PCIJ’s own admission (Adv. Op., [20]), then it is that article 3 is simply not clear. Against this background, it would have been better if the PCIJ had resisted the temptation of succumbing to the time’s imperialist spirit by limiting itself to what the PCIJ does best – interpreting and applying the law – instead of venturing consciously into the dangerous territory of policy making. 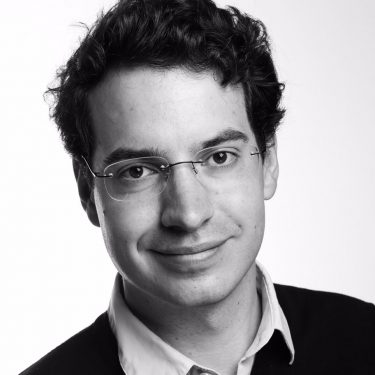