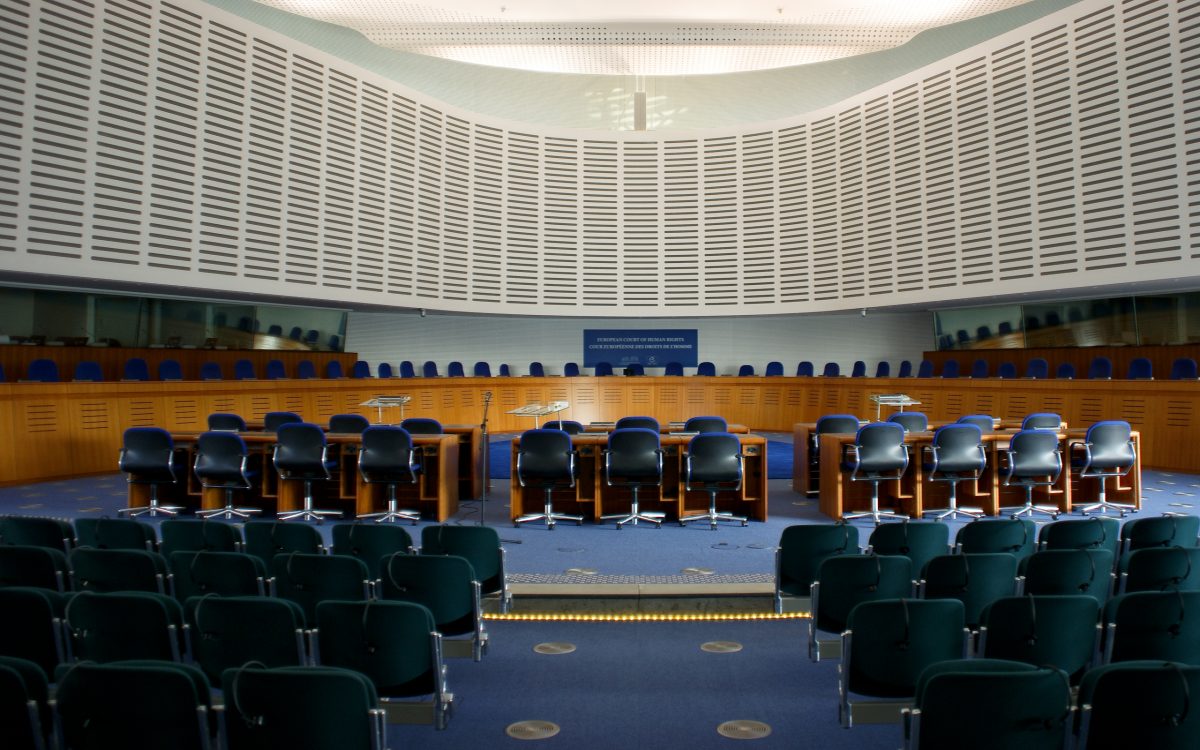 Picture by CherryX on Wikimedia Commons, licensed under CC BY-SA 3.0.

Is the Feministisation of the ECtHR’s Abortion-Related Jurisprudence a Realistic Expectation?

Feminist legal theories have repeatedly highlighted the patriarchal bias in law and decision-making: Sexuality, biology and reproductivity have been parameters of persons’ positioning in the eyes of the law and are often used as bases for assumptions about their temperament and disposition, which eventually influence decision-makers’ interpretations of human rights provisions. This has been particularly reflected in jurisprudence relating to reproductive rights, and most of all the right to abortion.

This post embraces the aforementioned critiques and seeks to explore whether the adoption of an interpretation that meets these standards in the abortion-related jurisprudence of the European Court of Human Rights (‘ECtHR’) is a realistic expectation. To this end, the post will first indicate the main points of criticism that ECtHR’s abortion-related jurisprudence has received from feminist authors, to subsequently assess whether the rules on treaty interpretation can bridge a post-modern feminist approach to the right to abortion and the one adopted by the ECtHR so far. Ultimately, the post will point to the way through which the ‘feministisation’ of the interpretation of the right to abortion (i.e. the process through which the reading of human rights provisions meets the standards feminist critiques) could be accelerated.

The Main Shortcomings of the ECtHR’s Jurisprudence

Firstly, from a socialist feminism viewpoint, the ECtHR’s acknowledgement of ‘abortion travelling’ as a lawful alternative to States providing access to abortion (A, B and C v. Ireland, para. 130) is not satisfactory. Unlike the ECtHR, which was convinced that having the ability to travel abroad for the desired medical procedure was a sufficient safeguard for pregnant persons’ rights, a socialist feminist critique would certainly underline the discriminatory nature of this alternative, which is not accessible to all pregnant persons who may not have the socioeconomic means required (Avolio 24-28; Hoggart, 99).

Secondly, the ECtHR’s reasoning, whereby pregnant persons’ rights are weighed ‘against other competing rights and freedoms invoked including those of the unborn child’ (A, B and C v. Ireland, para 213) have been criticised as annihilating pregnant persons’ selfhood (Avolio, 11). The merit of this criticism, rooted in second-wave feminists’ critiques (Hendricks, 6-7), becomes even more evident in other passages of the ECtHR’s jurisprudence, where the father’s freedoms were added to this balancing exercise (Vo v. France, para 80; Boso v. Italy, para 1). Avolio underlined the paradox that is/was created in this context; the fetus’ – and even the father’s – interests come into this balancing exercise, only if domestic law and the State’s morality standards recognise these interests as an aspect the protection of morals (Avolio, 12). This non-interventionist approach has led pregnant persons’ access to abortion to depend entirely on domestic law. Against this background, the ECtHR has turned into a fourth-instance court, which assesses whether the domestic authorities have implemented the relevant domestic legislation correctly (P and S v. Poland, Csoma v Romania). In this sense, as Avolio has rightly noted, the ECtHR has engaged only in analyses of procedural abortion rights and has effectively maneuvered around addressing the broader landscape of gender relations underlying the deliberate violations by health care providers of even domestic laws (Avolio, 12-15).

But even the acknowledgement of procedural abortion rights seems biased. Indeed, the ECtHR has accepted that the minimum level of severity required for ill-treatment to fall within the scope of Article 3 of the European Convention on Human Rights (‘ECHR’) has been met in limited cases, where the relevant domestic provisions were disregarded by health care providers (P and S v. Poland; R and R v. Poland).  In these judgements, the applicants’ age as well as other parameters that are external to the pregnant person’s wish to receive an abortion (such as the applicant’s status as victim of a crime) were central (Avolio, 15). This approach could seem appealing to cultural feminists, who believe in feminine characteristics that should be valued (Cain, 835-836). However, the legalisation of abortion on grounds of whether the pregnancy was a result of crime, or even on grounds of the foetus’ abnormality, victimise pregnant persons, who are viewed as ‘blameless’ and, therefore, their will to receive an abortion should be excused and respected (Jaggar, 354). If, on the other hand, the pregnancy resulted from their personal sexual life choices, then they are perceived as blameworthy and deserve punishment (ibid). As post-modern feminist critiques underline, if the supporters of this approach were actually motivated by a belief that fetal life is sacrosanct and not by a will to control individuals’ sexual life, then it should not matter where the fetal life resulted from or whether the fetus, once born, would be disabled (ibid).

Is a Post-Modern Feminist Approach in the ECtHR’s Abortion-Related Jurisprudence a Realistic Expectation?

Cassandric though it may seem, the answer to this question is negative. A post-modern ECtHR abortion-related jurisprudence would allow the plethora of criticisms on hegemonic and hierarchy-reinscribing practices, elaborated in the context of differing feminist theories and outlined above, to be taken into consideration during ECHR’s interpretations (Williams, 162) and to lead to a more inclusive interpretative outcome. However, the boundaries of the rules on treaty interpretation do not seem particularly flexible in that regard.

Indeed, the systemic interpretation of the ECHR against the background of relevant pronouncements of the Human Rights Committee, the Committee on the Elimination of Discrimination Against Women and the Inter-American Commission on Human Rights can only lead to the acknowledgement of abortions’ lawfulness in cases of sexual assault, rape, incest, and where the pregnancy’s continuation endangers a woman’s mental and physical health. However, as was mentioned above, such an approach restricts the personal scope of the right to abortion and victimises thelimited number of its beneficiaries. Likewise, the ECHR Member States’ subsequent practice, however supportive to abortion on demand during the first 10 to 24 weeks of the pregnancy it has been, remains divergent. It can, therefore, not lead to a more inclusive interpretative approach; at least not without the artistic touch of evolutive interpretation. Such an approach, however, has already been explicitly rejected by the ECtHR (A, B and C v. Ireland, paras 233, 237).

When closing the door to evolutive interpretation, the Court was influenced by considerations of morality, precisely the ‘exact content of the requirements of morals’ in the country at stake (A, B and C v. Ireland, paras 232). Considering the close connection of the ECtHR’s evolutive interpretation and morality (see here and here), this conclusion comes as no surprise. In fact, this morality-influenced interpretative approach has even been viewed as compatible with the rules on treaty interpretation, which has been characterised as ‘intrinsically an evaluative task’. This characterisation was based on the human rights-safeguarding telos of human rights treaties and the role of human rights courts in the interpretative development of a moral conception of fundamental rights (Letsas, 540-541). The over-restrictive reading that this morality-influenced interpretation led to in the ECtHR’s abortion-related jurisprudence, however, highlights the significant role that feminist legal theories can play in the evolution of human rights law. Precisely, it evinces the contribution that feminist critiques can have on the feministisation of “the requirements of morals” at the domestic level, which will then inevitably feministise the ECtHR’s interpretative ethic and, therefore, its jurisprudential interpretative approach to the right to abortion.

Is There A Shortcut?

Surely! The feministisation of treaty interpretation itself. This could be the case, if during the consideration of subsequent state practice under Article 31(3)(a)-(b) of the Vienna Convention on the Law of Treaties, it is only the broader, feminist-friendly subsequent state practice of most ECHR Member States that is only taken into account, or if the consideration of morals in the context of ECHR’s evolutive or teleological interpretation is accepted only insofar as the morals taken into consideration embrace feminist critiques. This would of course require a feminist approach towards the interpretation – and subsequently the application – of the rules on treaty interpretation themselves. And in this context, the interpreters’ role in broadening their horizon towards critical (and more precisely feminist) approaches to international law is central. Indeed, ‘[i]nterpretation is a science, is an art, is a science’ (Merkouris, 16). And the role of the artist in the feministisation of this scientific art/artistic science is pivotal.

As the above analysis evinces, the ECtHR’s abortion-related jurisprudence abounds on grounds for feminist critiques. On the other hand, the boundaries of treaty interpretation evidently restrain the ECtHR’s evolutive interpretative outcomes. Against this background, the key to a more inclusive approach to the right to abortion in jurisprudence is the dissemination and promotion of feminism either in countries’ moral requirements or in interpreters’ mindsets.

Cite as
Spyridoula Katsoni, Is the Feministisation of the ECtHR’s Abortion-Related Jurisprudence a Realistic Expectation?: Putting the ECtHR’s Interpretation of the ‘Right to Abortion’ Under the Feminist Microscope, Völkerrechtsblog, 28.01.2022, doi: 10.17176/20220128-180054-0.
Author