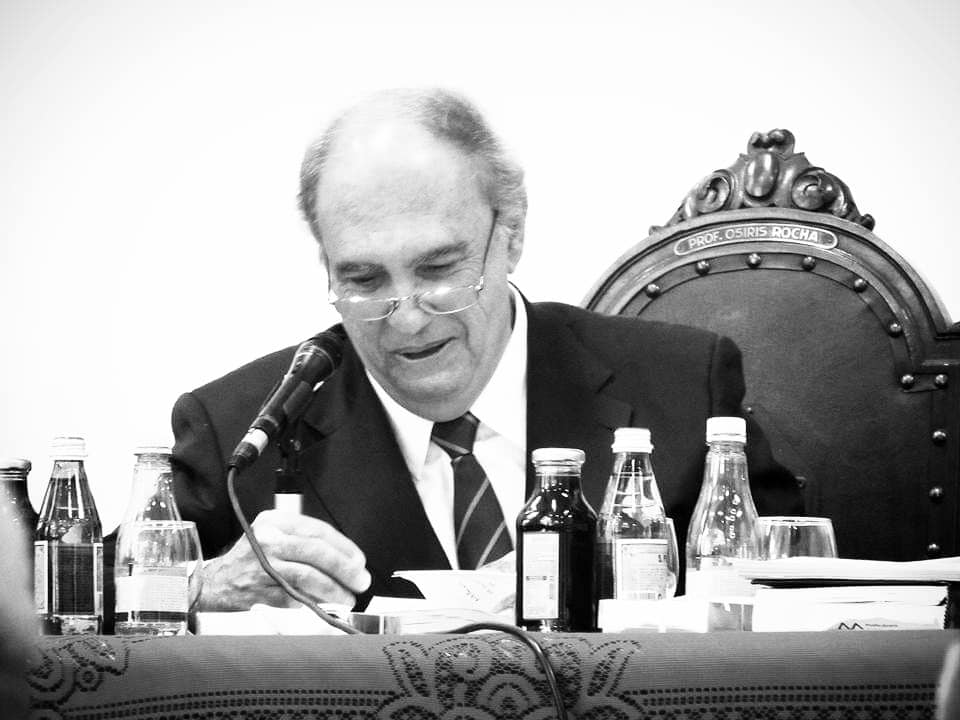 In Remembrance of Professor Cançado Trindade

Saudade is a special word in Portuguese. It can convey, all at once, deep nostalgia, the sadness of departures, and the joy and gratitude for memories of good times. May our spirits unite in saudade of a good man’s passing.

Professor Cançado Trindade was born in my hometown, Belo Horizonte, a city with a poetic name: “Belo Horizonte” is Portuguese for “Beautiful Horizon”. He was educated in an excellent catholic school and did his legal studies at the Federal University of Minas Gerais before moving to Europe to pursue a Master’s degree and a Doctorate at the University of Cambridge. I come from a similar background and it was there, at our alma mater in Brazil, that I met Professor Cançado Trindade in person for the first time. By that time, he was already a stellar figure in international law and human rights with, inter alia, all the important records of Inter-American rulings and transformations that we are familiar with. Despite his many international commitments, he would still visit our university from time to time and pay special attention to the students. This was a constant dimension of his trajectory. He was always particularly kind, generous and attentive vis-à-vis students and young professionals throughout his life.

Our Law School has a traditional student association. When I was finishing my first legal studies, the association asked me to deliver a speech in honour of professor Cançado Trindade. It was the association’s centennial and the student leadership decided to offer professor Cançado Trindade a Medal of Honour that was named after José Carlos da Mata Machado, a former leader of the association who was tortured and murdered for political reasons by the Brazilian Dictatorship of 1964-1985. This was a few months before the professor’s inauguration in office as Judge at the International Court of Justice. After I delivered the speech and the ceremony was over, he walked toward me and asked me to send him the text of the speech. Above all, he addressed me with respect and he treated me as an equal, despite the abyss of knowledge, experience and recognition that exists between a one-of-a-kind master jurist and a then student in his first years of legal studies. That would be the beginning of a dialogue that went on throughout the years, to my immense benefit. In the years to come, he would visit our city of Belo Horizonte and we would have coffee. He religiously visited the city in order to be close to his father, who was then, I believe, a nonagenarian. I was not surprised to learn that the coherent humanist was an affectionate son. I mentioned the professor’s deference towards students supra; it is now a good time to highlight another of his virtues on the personal level: he was a family man. A family man, with an adorable family; a kind, intelligent and generous wife, and gentle sons who visibly carry their father’s spirit in their eyes.

During our occasional meetings, mostly at Belo Horizonte, eventually at the Netherlands and Washington, the Professor would share his news and, being who he was, these were frequently very exciting news about rulings, publications, meetings, international events and occurrences, and so on. This coexistence greatly expanded the horizon of my limited perception. I have always addressed him as “Professor”, “teacher” or “master”, and not “Judge” or “Justice”, because he was, above all, an educator. He treasured the academic life and has always been a man of the university, and this feature made him a singular legal consultant and judge outside of the academic walls. He was proud of his achievements, and he had every right to be. Very few humans are blessed with comparable intelligence, work ethic and industrious capacity for work. But he had no ordinary pride. Not at all. As you all know, he was decorated and honoured by universities, governments, legal societies, and so on. The man was also honoured in different continents, by the victims of human rights violations, their families and communities. During the conversations we had, he never did demonstrate more pride than when he spoke about the occasions when his work was praised by the victims. This pride of humane endeavours is most admirable.

Another interesting aspect of his personality was his good sense of humour and exquisite laugh. One illustration is an amusing anecdote that immediately came to my mind as I was writing these lines; one that I sense he would laugh at if he were to read it in this piece. During one of our conversations, he once told me that in the International Court of Justice there were certain language affinities; some of the judges are English-speakers, others are French-speakers, and it was only natural for groups based on language to be formed. He was such a character, he told me laughing that he would intentionally change his language from English to French, and the other way around, just to play with his colleagues. He certainly had an interesting mind. I find his good sense of humour consistent with his writings and thinking. He knew profoundly about the best and the worst of humanity. In his work, he dealt with many human atrocities: mass torture, mass killings, and so on. He nonetheless kept his faith in humanistic values and the possibility of human improvement. Having a good sense of humour fits well with having faith in humanity.

That joyful language play of his, changing from English to French and vice-versa at the World Court, was also, of course, a clever manifestation of his independence and autonomy. He was an independent thinker and jurist that paid due attention to the lessons of the great minds of the past. In 1944, Albert Einstein was asked if Philosophy should be a part of a physicist’s education. He responded: “Yes. Knowing the historical and philosophical context of science gives us autonomy in the face of the prejudices that most scientists carry.” And this autonomy, wrote Einstein, “is what marks the difference between the mere artisan or specialist and the one who effectively seeks the truth.” Professor Cançado Trindade was a personified example of how a similar reasoning applies to the Law. One can better understand the scourge of war and genocide by including in one’s analysis, v.g., the graphic unveiling of human cruelty from Homer’s “Iliad”; one can better understand the grave illegality of mass massacres by including in one’s analysis, v.g., the systematic account of Primo Levi’s “The drowned and the saved”; one can better understand the nuclear question by including in one’s analysis, v.g., the survivors’ stories from John Hersey’s “Hiroshima”. These are but a few illuminating examples from Cançado Trindade’s works and opinions. His writings will remain, for the time to come, a towering illustration of how beneficial Philosophy, Literature, History and the Humanities, in general, can be for anyone who wants to know the Law in its profundities. International lawyers are among the professions that are called to deal with human sufferings, conflicts and misplacements. There are certain insights into the many layers of the human condition that can only be found in dialogue with the Humanities.

Many law students in different parts of the world start their path by reading Lon Fuller’s Case of the Speluncean Explorers, a tale of tragedy and judgment in which each judge is the incarnation of a school of legal thought. Accordingly, there is a judge that incarnates positivism; there is a realist judge; there is a judge that incarnates the Natural Law school; and so on. Professor Cançado Trindade was a self-declared disciple – and master – of Iusnaturalism. He believed that the Law was not an end in itself; that the Law, be it National or International, must be a means to a humane end: to solve controversies peacefully; to zeal for human dignity in the best way possible. In this, he represented a minority in the current legal profession and a majority amongst the founders of International Law. One of the fundamental insights of Fuller’s classic “case of the Speluncean Explorers” is that the Law is not subject to a single mode of interpretation and that different schools of legal thought can produce different judicial outcomes. If there are different modes of interpreting and applying the Law to solve controversies, which one is the best? For Cançado Trindade, the answer to this question was not difficult at all: the best is the most humane one, i.e., the one that is closer to the humanistic ends of peace and dignity which the Law fundamentally serves.

Ronald Dworkin imagined an ideal judge, Hercules, whose hypothetical opinions referenced formal legal sources and materials while reading them in a morally-appealing way, through a combination of rules and principles, under the basic premise that the legal system is committed to a fundamental norm of justice. When I first learned about Dworkin’s ideal judge, I immediately thought of Cançado Trindade as a real-life judge Hercules. What was an aspiration in the North independently became a concrete reality by the workings of a man from the Global South. In the clash between the different schools of legal thinking, one common argument against jusnaturalists is that their line of thinking would sacrifice legal certainty and predictability in the name of particular views of justice. Professor Cançado Trindade served as an international judge for decades. His opinions were very consistent amongst themselves, as well as in relation to his academic writings and teachings. They reflected both a profusion of formal legal sources and a moral and legal appeal to the objective or intersubjective, views of justice coming from the human rights tradition. Consistent humanistic opinions. No similar level of legal certainty and predictability is commonly found in international or national adjudication.

In a lecture of his, Ronald Dworkin once imagined his mentor, judge Learned Hand, in heaven. Happy, humorous, and well-disposed, Hand would share his clever thoughts and joyful tales with his heavenly friends. I can imagine Professor Cançado Trindade in the sky. Free from illnesses and earthly constraints, he smiles once again that big smile of his. He smiles while Bartolomé de Las Casas welcomes him as a brother. Here on earth, he is dearly missed. During his time among us, he courageously defended the primacy of law over force and the centrality of the human person in political and legal affairs. He did so intransigently. In times of war, hunger, impunity and ever-increasing risks of nuclear and environmental catastrophe, his eloquent defence of peace and human dignity has never been more needed. One of the central ideas of Cançado Trindade’s thinking was that beyond the formal legal sources there was a material source, an ultimate legal source: human conscience. In a special way, Cançado Trindade was the human conscience of Public International Law. Law’s gentle humanizer. We should all be very thankful for that. 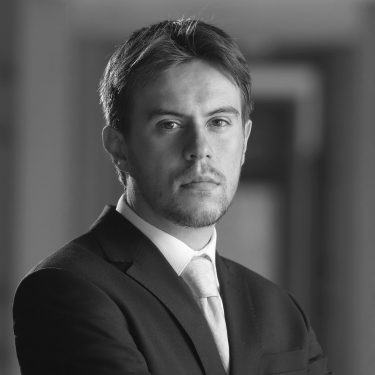 Henrique Napoleão Alves is a lawyer at the Inter-American Commission on Human Rights, a licensed professor at Milton Campos School of Law and the founder of Facts and Norms, a research institution with extensive collaboration with the United Nations. Views and opinions in personal capacity.