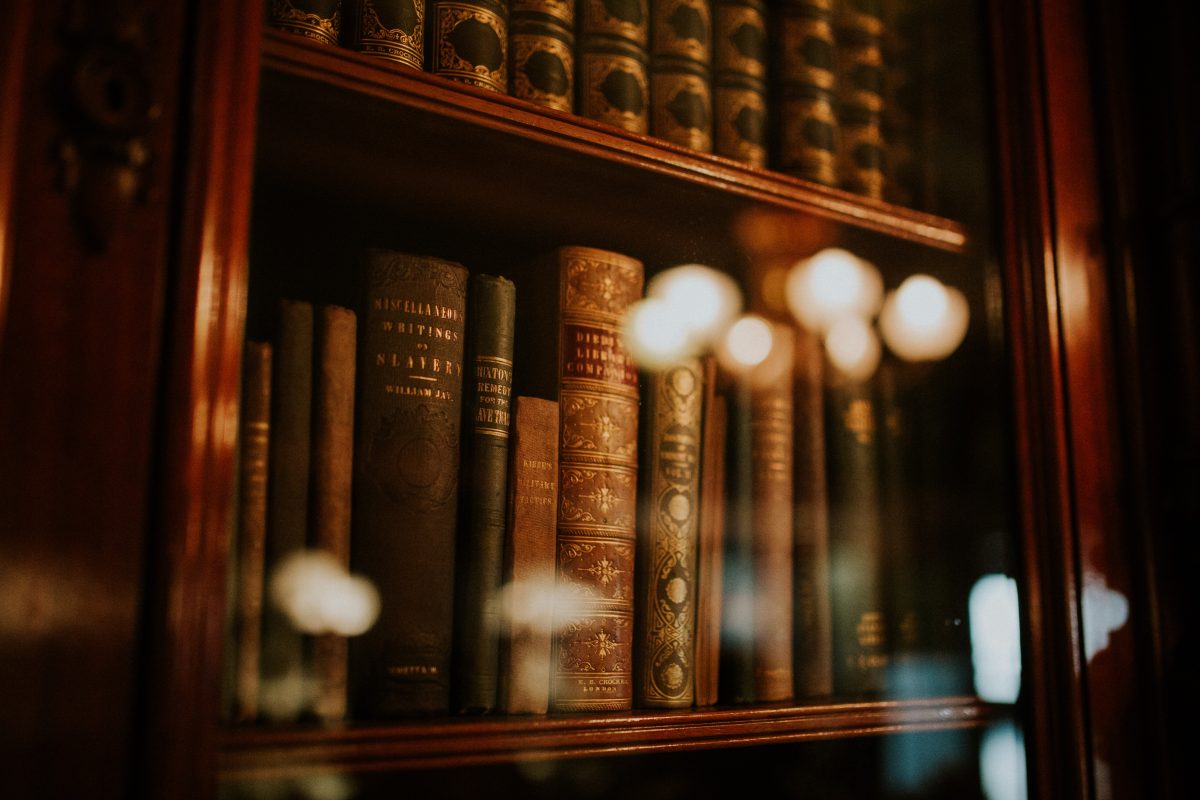 Photo by Clarisse Meyer on Unsplash.

A Reflection on the Role of International Criminal Law

In 2017, the International Law Commission (ILC) adopted Draft Article 7 (‘the article’) on the immunity of State officials from foreign criminal jurisdiction. The article identified six crimes under international law in respect of which immunity ratione materiae shall not apply: genocide, crimes against humanity, war crimes, apartheid, torture, and enforced disappearances. Given the divergence within the commission, the contents of the article sparked controversy on several counts. Importantly, even the two special rapporteurs appointed by the commission presented diametrically opposing views on the existence of a “customary rule” recognizing such exceptions. The former rapporteur concluded that it was “insufficiently convincing” to recognize exceptions to immunities under customary international law and the latter was convinced that there was a clear trend recognizing exceptions to immunities for international crimes. However, subsequently, the article was adopted after a recorded vote (a rare event in the commission) with twenty-one members voting in favour, eight members voting against, and one member abstaining.

The debate within the commission was not just about whether Draft Article 7 reflected customary international law. One of the key questions concerned placing reliance on the institution of International Criminal law to determine exceptions to immunity for State officials from national courts. The scope of this comment is limited to the contention raised by several members and scholars who argued that reliance must not have been placed on Rome Statute-based authorities and the cases before the International Criminal Court and other international criminal tribunals. Consequently, this comment will argue that the Special rapporteur was justified in relying on such authorities in her fifth report and that the development of International Criminal Law is of paramount significance while studying State practice and the emerging trends on immunities of State officials from foreign criminal jurisdiction.

The fifth report of the special rapporteur which, inter alia, relied on certain cases before international criminal tribunals (paras. 66-71) to show “State practice” recognizing exceptions to immunity ratione materiae, formed the basis of the controversy. For instance, Mr. Rajput rejected any reliance on cases before international criminal tribunals while discussing exceptions to immunities before national courts. Along the same lines, Mr. Murphy dismissed the reliance on International criminal tribunals stating that they did not deal with the “norms of immunity before national courts”, and specifically questioned the relevance of the Blaskic judgment (ICTY) to determine State practice in national courts since it addressed the ability of the Tribunal to subpoena State officials. Sir Michael Wood contended that the Rome Statute was based on the treaty regime and is, therefore, of “dubious relevance” while determining customary rules regarding immunities. As argued below, these assertions are generally flawed.

First, to address Mr. Rajput’s argument, although the cases before the International criminal tribunals are in the context of international criminal justice, they address broad questions on the nature of immunities and to that extent are relevant to the study of the ILC. Incidentally, this is true of the Blaskic judgment of the ICTY. The arguments made by Mr. Murphy about the Blaskic judgment although accurate, are misleading. The ICTY in paragraph 41 of the judgment explicitly notes that immunity from “national or international jurisdiction” could not be invoked in respect of international crimes, even if perpetrated “in official capacity”. Therefore, contrary to Mr. Murphy’s contention, it is of utmost relevance to the topic under discussion.

Sir Micheal Wood’s argument is rather tricky. It is undeniably true that the Rome Statute is based on the treaty regime. Nevertheless, it is not with no consequence. Article 27 of the Rome Statute asserts the irrelevance of official capacity and implicitly, of immunities, to be prosecuted for international crimes before the International Criminal Court. Importantly, it does not comment on the legality of immunities before national courts. However, several States such as Germany, Comoros, Ireland, the United Kingdom, South Africa, Canada, and France have enacted domestic laws recognizing that no immunity can be invoked for international crimes. This indicates an emerging consensus among States to hold perpetrators of international core crimes -irrespective of their official status- accountable. Therefore, it is absolutely relevant to consider the developments of International Criminal Law while identifying “State practice/emerging trend” recognizing exceptions to immunities of State officials. Thus, one cannot prima facie reject the reliance on international criminal tribunals or courts.

The proponents and opponents of an “international crime” exception to immunity ratione materiae, agree unanimously on the arbitrary inclusion and exclusion of crimes in the article. There is a paucity in reasoning by the special rapporteur in the fifth report on the inclusion of corruption (not adopted in the final draft) within paragraph 1 of Draft Article 7, while crimes such as Aggression and Slavery were excluded from the article.

The inclusion of crimes should have been based on either their jus cogens character, importance in the Rome Statute, or gravity. Against this background, the selection of crimes appears arbitrary. The author exposes the lacunae concerning the crime of aggression. First, in 1966, the ILC provided aggression as the sole example for what may be construed as a jus cogens norm. Secondly, the crime of aggression is recognized as a separate crime, alongside genocide, crimes against humanity, and war crimes in article 5 of the Rome Statute. Thirdly, speaking of gravity, the United Nations General Assembly and the ILC described aggression as the gravest of crimes against peace and security. Therefore, the exclusion of aggression defies all logic and has no legal basis whatsoever. Unfortunately, the inevitable conclusion is that the arbitrary exclusion and inclusion of crimes – especially the crime of aggression – were a manifestation of political considerations.

The advent of the Rome Statute and the concomitant emergence of individual criminal responsibility for the commission of crimes under international law have affected the traditional rules on immunity. Accordingly, the special rapporteur has rightly placed reliance on the developments of International Criminal Law to recognize exceptions to immunity ratione materiae for State officials from foreign criminal jurisdiction. The adoption of Draft Article 7 shows the clear intent of states to hold perpetrators of international crimes accountable at any cost. Thereby, distorting traditional Westphalian Sovereignty out of recognition.

The paradigm shift in States’ attitudes has never been more apparent. For instance, within one year, the German courts have delivered two landmark judgments involving foreign State officials. First, On 28th January 2021, the German Federal Court convicted an Afghan soldier for committing war crimes against captured Taliban fighters. Secondly, on 13th January 2022, less than a month ago, the Koblenz Court delivered a historic judgment convicting a former Syrian Colonel for Crimes against humanity of torture. The cases were brought under Germany’s code of crimes under international law (Völkerstrafgesetzbuch) and are an important development of state practice regarding exceptions to immunity of State officials from foreign criminal jurisdictions.

In both cases, the courts strongly reaffirmed the non-applicability of functional immunities in any national or international proceedings for international crimes. In arriving at their decisions, the German courts consistently resonated with Nuremberg principle III and relied extensively on precedence including the Eichmann decision before the Israel Supreme court, prosecution of Rwandan officials in France, former Syrian regime officials in Germany, and other decisions from Belgium, Italy, Canada, and South-Africa. It is undeniable that the principles of international criminal law have contributed significantly to the adoption of Draft Article 7 – a remarkable step in the fight against impunity. 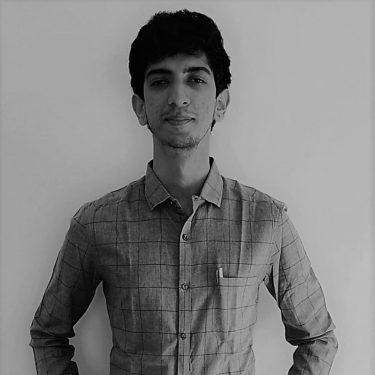 Sunand Subramaniam is a third-year Law Student at the School of Excellence in Law, The Tamil Nadu Dr. Ambedkar Law University. His research interests include international criminal law and international environmental law.