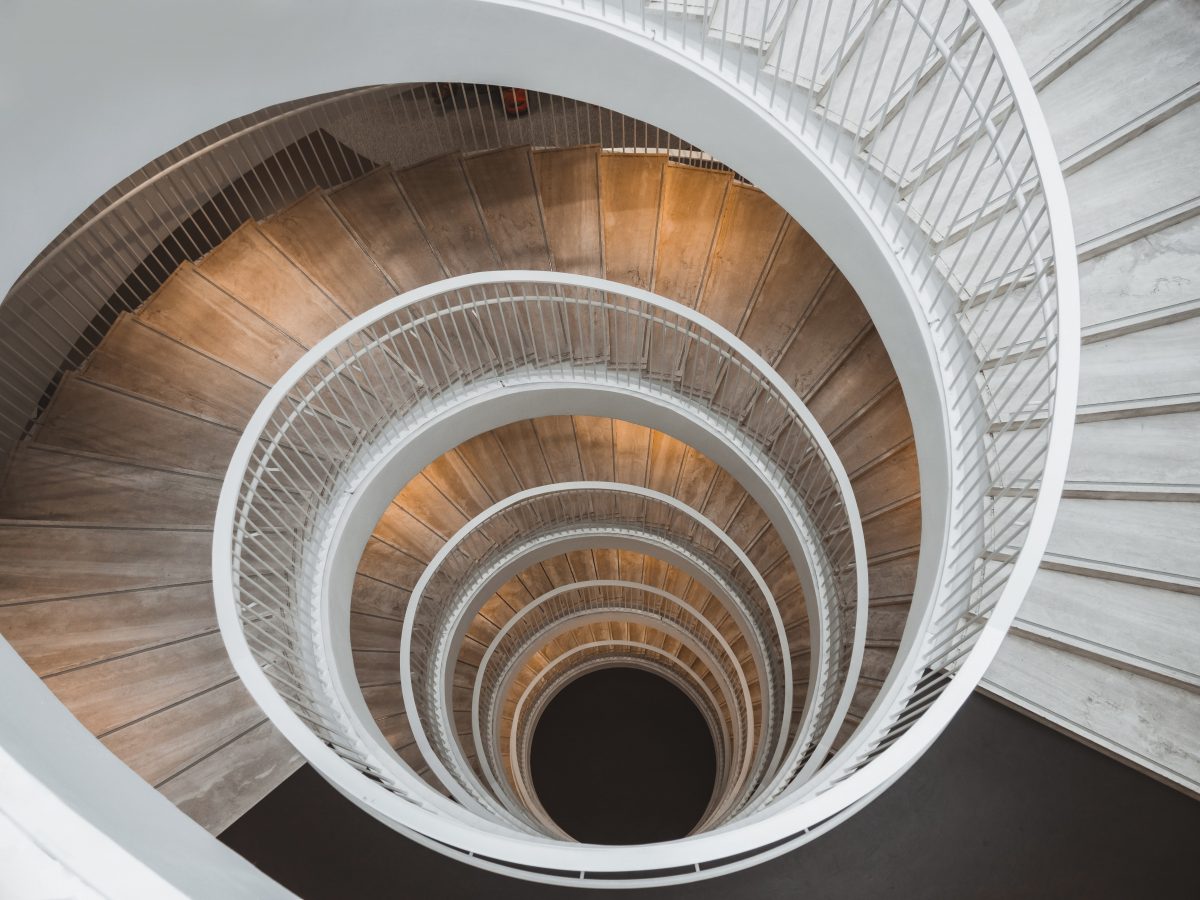 Human rights in the hyphen: reframing investor-state arbitration through the duty to regulate

International investment law is commonly associated with the priority of the global over the local, the private over the public, the economic over the social. A leitmotif of the Leiden Journal’s symposium on human rights is the desire to expand our legal imagination beyond those hierarchies, charting pathways through and around the interests of foreign investors and host States. But the contribution of Tomer Broude and Caroline Henckels assembles an eclectic set of sources to highlight some hurdles. Tribunals often frame investor claims in the language of rights, thus conceiving of such rights as endowments that have been lost or impaired through government regulation. The human rights of local populations, on the other hand, are conceived of as ‘merely aspirational’, an uncertain gain that might be realised in the future. Combining insights from rights theory, doctrinal analysis, and cognitive psychology, Broude and Henckels argue that this ‘loss-gain frame’ places human rights at a structural disadvantage in relation to so-called ‘investor rights’, offering a partial explanation for why tribunals tend not to take human rights seriously.

This comment builds upon the observation of Broude and Henckels that the legal character of entitlements conferred by investment treaties is ‘far from certain’, emphasising their contested character in contrast to the established character of human rights and the State’s correlative duties. In any event, investment treaties are concerned not with rights but rather with standards of sovereign conduct, calling for a principled approach to arbitral review at the stage of application. Failed efforts to integrate human rights treaties at the stage of interpretation divert our attention from cases in which tribunals have recognised the priority of human rights over economic interests in determining whether regulatory measures were unreasonable or disproportionate. The loss-gain frame identified by Broude and Henckels might be escaped by shifting focus from competing rights toward the State’s duty to regulate foreign investment for the protection of human rights as the basis for a deferential standard of review.

Whose right is it anyway?

Broude and Henckels introduce the influential framework of Wesley Hohfeld, who sought to clarify the character of different legal entitlements. Hohfeld identified four pairs of ‘jural correlatives’: right and duty, privilege and no-right, power and liability, immunity and disability. He limited the technical characterisation of a right to those interests significant enough to give rise to a correlative duty on others to act or refrain from acting in a certain way. Through Hohfeld’s framework, Broude and Henckels sharpen our attention to the haphazard fashion in which tribunals have harnessed the language of rights. Of course, investor claims invariably relate to proprietary, contractual or personal rights under domestic law. These economic interests tend to be the object of an impugned measure and therefore must satisfy the definition of investment under an applicable treaty. It is rare, however, to find sustained arbitral scrutiny of the international legal character of entitlements enjoyed by foreign investors.

A notable exception is the handful of cases arising from taxes and import requirements imposed on beverages containing high-fructose corn syrup, which Mexico defended as lawful countermeasures. In ADM v Mexico, the majority held that NAFTA created substantive rights and duties among States. Foreign investors were ‘the objects or mere beneficiaries of those rights’, vested only with ‘exceptional’ procedural rights to bring arbitral claims. The tribunal in Cargill v Mexico, however, held that the origin of NAFTA in ‘the joint act of sovereigns’ did not ‘negate the existence’ of substantive rights conferred on investors. The majority in CPI v Mexico agreed that an investor had ‘rights of its own’. This range of positions serves to underscore the contested character of the entitlements of investors under international law, in contrast to the axiomatic character of human rights and the correlative duties of States to respect, protect and fulfil those rights.

Another way to conceptualise investor claims is offered by Pedro Nikken in Suez v Argentina, who explained that investment treaties contain ‘standard[s] of conduct or behavior of the State … not a declaration of rights for investors’. Broude and Henckels suggest that Nikken effectively described investment treaties as ‘providing immunities from some types of government action’. Hewing to Hohfeld’s framework, however, if an investor has an immunity then the State has a correlative disability, which hardly reflects the operation of treaty standards such as fair and equitable treatment (FET). As in Cavalum v Spain, tribunals frequently invoke the ‘right to regulate’ as their ‘starting point’ in determining the legitimacy of a diligent investor’s expectation of regulatory stability. The characterisation of the FET standard as an investor’s immunity is therefore difficult to square with the rise of the State’s right to regulate in arbitral case law and investment treaty practice.

It is puzzling that Broude and Henckels do not apply their loss-gain frame to the interaction of investor claims and the State’s right to regulate, given their concluding suggestions seek to ‘strengthen state positions against investor claims’ for the sake of human rights. They observe in a footnote that ‘rights talk’ has begun to pervade the characterisation of government regulation, which Broude and Henckels prefer to characterise as a Hohfeldian privilege. In a detailed survey, Charalampos Giannakopoulos shows how most tribunals conceive of regulation as a power in the sense of an entitlement to alter the legal relations of other parties. He recognises, however, that this technical characterisation has little nexus to its scope of application when manifold entitlements are entangled in investor-State arbitration: the State’s regulatory powers, the economic interests of foreign investors, and (we might add) the human rights of affected populations.

Let us return to Nikken’s insight that investment treaties set out standards of conduct rather than rights for investors. As Federico Ortino has recently mapped, arbitral approaches to several treaty standards have converged on contextual determination of the reasonableness of sovereign conduct, albeit applying different standards of review. Henckels earlier explored this phenomenon, the essential lesson of which she reaffirms with Broude in their recommendation for tribunals to adopt proportionality analysis as ‘a more transparent and coherent analytical structure’. Broude and Henckels’ three further suggestions for how the loss-gain frame might be ‘dismantled, or at least weakened’ are: (i) for tribunals to take as a reference point ‘not the current human rights situation of potentially harmed populations’ but rather the situation required by international human rights law; (ii) to ‘establish an interpretative, rebuttable presumption that the host state is taking due steps to protect and promote human rights’; and (iii) for tribunals always to consider human rights, whether ex proprio motu or by reference to amicus briefs.

Although Broude and Henckels refer to an interpretative presumption, their suggestions are targeted largely at the stage of application. This distinction is important due to past failures to integrate human rights through art 31(3)(c) of the 1969 Vienna Convention on the Law of Treaties, by which a treaty interpreter must take into account ‘relevant rules of international law applicable in the relations between the parties’. In South American Silver v Bolivia, the tribunal found the requirements for systemic integration were not satisfied because none of the human rights treaties invoked by Bolivia were applicable in its relations with the investor’s home State. When applying an investment treaty standard, however, a tribunal may defer to the State’s pursuit of its obligations to protect human rights in reviewing whether conduct was unreasonable or disproportionate.

The duty to regulate

Here it helps to recall that each State must ‘manifest[] its territorial sovereignty in a manner corresponding to circumstances’. That rudimentary duty, classically formulated in Island of Palmas, has been progressively refined through human rights and investment treaties. Yet the State remains the institutional locus of regulatory authority over persons and property, normatively reinforced by customary international law. In Philip Morris v Uruguay, Gary Born recalled the ‘presumptive lawfulness of governmental authority’ as the ‘starting point’ for evaluating FET claims. Jorge Viñuales similarly describes the police powers doctrine, usually invoked in the context of alleged expropriation, as ‘a presumption of regularity’. Beyond that baseline, Lone Wandahl Mouyal highlights how international obligations to respect, protect and fulfil human rights transform the State’s regulatory powers into a ‘duty to regulate’, warranting a heightened degree of deference in investor-State arbitration. ‘The duty to protect requires the state to adopt and implement effective measures to prevent human rights violations by third parties,’ explains Markus Krajewski. ‘The territorial state can therefore also regulate the activities of multinational enterprises and impose labour, health, safety and environmental requirements on them.’

The priority of the State’s duty to regulate over an investor’s economic interests is evident in recent arbitral reasoning that circumvents the loss-gain frame. The tribunal in Philip Morris recalled that the measures were ‘adopted in fulfilment of Uruguay’s national and international legal obligations for the protection of public health’, describing the WHO Framework Convention on Tobacco Control (FCTC) as ‘one of the international conventions to which Uruguay is a party guaranteeing the human rights to health’. The FCTC thus served as ‘a point of reference on the basis of which to determine the reasonableness’ of Uruguay’s conduct. In Urbaser v Argentina, moreover, the tribunal accepted that the provincial government ‘had to guarantee the continuation of the basic water supply to millions of Argentines’. ‘The protection of this universal basic human right’, in the tribunal’s view, ‘constitutes the framework within which Claimants should frame their expectations.’

The duty to regulate the operations of foreign investors may be further developed by reference to the 2018 advisory opinion of the Inter-American Court of Human Rights, which unbundled the duty of States to prevent violations of human rights into specific obligations to regulate, supervise, monitor, and mitigate activities of third parties that could cause significant environmental damage, even beyond their borders. At a juncture when we see the German energy company RWE being sued by a Peruvian farmer for its contribution to climate change, seeking merely $20,000 to help fund a $4-million scheme to prevent flooding from glacial melt, while that same company files an investment treaty claim for €1.4 billion compensation arising from the Dutch phase-out of coal combustion, there is mounting pressure for international law to recognise the State’s duty to regulate for the extraterritorial protection of human rights as a reasonable basis for the ambitious regulation of economic activities without compensating for stranded assets.

Reframing investor-State arbitration through the duty to regulate might escape the loss-gain frame by avoiding the technical pitfalls of rights talk and shifting arbitral focus toward an inquiry into whether sovereign conduct was animated by the State’s obligations under international human rights law. Regardless of whether a human rights treaty is fit for systemic integration at the stage of interpretation, tribunals may determine that regulatory measures to protect human rights were reasonable or proportionate, in light of other indicia such as an investor’s economic interests. Given the latter are creatures foremost of domestic law, a dispute arising from circumstances that engage any duty of the State to regulate foreign investment would warrant the application of a deferential standard of review that places human rights in a position of normative priority.

Oliver Hailes thanks the editors and Professor Jorge E Viñuales for helpful suggestions and Fabian Eichberger for the invitation to write this comment. Any errors belong to the author. 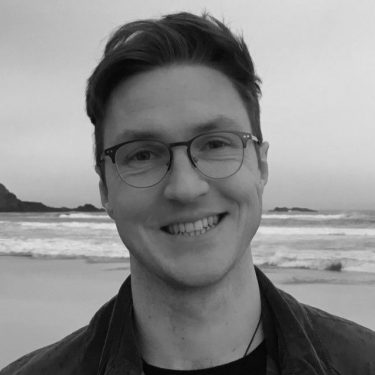