How to Become a Team

The Philip C. Jessup Moot Court Competition is as much about public international law as it is about the personal experiences made over months of hard work and constant companionship. Without a global pandemic, friendships are forged during lunch breaks, strengthened through midnight coffee runs and solidified during celebratory drinks and pizza nights. But without any of these options, how do you get over that first stage of small talk? How did four perfect strangers become inseparable? Simply put, this is the story of how we became a team.

It is a warm Wednesday at the end of August, restrictions have been lifted far enough to meet outside and have a somewhat nervous first mootie get-together – roughly one week after the first official zoom meeting of the 2020/21 Philip C. Jessup Moot Court team from the University of Hamburg. Two beers and two ginger ales are ordered and so it all begins.

The day the Statement of Agreed Facts is released we send a few vaguely excited texts to the group but little more, everyone is occupied with something different. It is not until two days later, after we had the proper readthrough with our coaches that the anxiety really started to kick in. We found an uneasy balance between reassuring each other that “we’ll work it out”, “good lord – how will we ever understand anything at all” and “it will probably be fine”. So, we gradually got to work, feeling overwhelmed but also taking consolation from the fact that each one of us is feeling very much the same. We worked mostly with our respective claim partners and tried to have an occasional virtual lunch break with all four of us, to catch up and to get to know each other better. We formed a group chat on Instagram and promptly started spending far too much time looking for appropriate procrastination memes. In the process we discovered that the greatest similarity we share were… memes. The designated coach in charge of memes had already started to pepper us with motivational memes vaguely related to the case (or public international law in general) but little did we know where this would lead us.

We started looking for sponsors and judges available for preparatory pleadings. During this process we also made some discoveries about the team: who could be relied on to get through the list of potential sponsors and who would end up talking nonsense for two and a half hours, who had unexpected connections to law firms and who always forgot to ask for names while on a phone call. The memes got more numerous, and we had the first (of many) crisis meetings about one issue or another. In addition to the weekly video call with the coaches we spent most of each day in a call with our respective claim partner, in the bi-weekly call with just us four mooties and with an increasingly frustrated string of text messages complaining about the sheer impossibility of ever finding a solid definition for anything in public international law. Be it the precise nature of military activities, what exactly constitutes an appropriate level of health protection or what jurisdiction even means, every article we read just gave us more questions than we could never conceivably answer in time. We found solace in memes about coffee, cats and most importantly about Ms. Keinblat Vormund who made the questionable decision to hijack a plane in the middle of the J-ViD-18 outbreak.

Jessup memes increased, but so did the crises. Our memorials were falling apart before ever coming together. They were absurdly long without having even a single coherent argument. We briefly switched to working with our fellow applicant/respondent before deciding to meet as a group. Wanting to help, to complain, to procrastinate in the cosy comforts of our own private video call room and be together. We managed to snatch a few matching time slots at the university’s library and were utterly astonished – time and time again – to discover that the others were people made of flesh and blood. Apart from those precious in-person moments the hours spent in video calls were reaching double digits. We rarely muted ourselves anymore because someone was always making a comment and we would eagerly start a conversation in order to get a few moments of distraction from the intricacies of international health law.

Other than the few hours we were allowed on campus, our research was severely limited to scouting online databanks. Countless times, we hit a dead end because the book that was desperately needed was only available in print, or the university access did not reach far enough. Our laptops started making distressing sounds and crashed more than once, causing anxiety about the risk of losing hours’ worth of notes. Generally, we spent a minute every day lamenting the fact that we were not permitted to use an office, not even with a hygiene concept or masks, not even for one person at a time. Of course, everyone had gotten used to “online-learning” by then but seeing that others were provided with proper workspaces and access to a library still made us a little bitter at times – especially when we began experiencing the toll it took on the academic side of things.

December 2020 – Deadline Dancing At Three In The Morning

More memes, more crises, more memes about the crises. With the end of the memorial phase approaching fast, at least some people’s nerves were tested. The days leading up to our first important submission were particularly long. The caffeine consumption increased drastically. We slept very little and ate pizza glued to our respective laptops but we kept on top of our physical well-being with dance-along workouts. Some people could shake their hips better than others and some neighbours didn’t appreciate a little dance party at three in the morning.

At this point, we were close enough that the thought of spending three whole days over Christmas away from the video call was daunting and gave rise to occasional (stress-induced) tears. Returning to the familiar headache-inducing light of the screen (almost) seemed welcome.

After spending the first week of 2021 in constant video calls and far too intense discussions about the importance of a single word here and there, the final submission of the memorials happened rather suddenly. Thanks to a care package from our coaches, the seven of us toasted to each other and enjoyed some celebratory memes. The night ended the bittersweet way most days had begun – with everyone desperately wishing to be in the same room, too hug each other and not just turn off the computer and go to bed in silence.

After a week of much needed sleep and constant texting about how much we missed each other, we got together again and started sketching the first drafts for our pleadings. An unexpected difficulty was the language. Over the past months, none of us had spoken  a single grammatically correct English sentence, or one that was not in “Denglish” or contained references to a TV show or an inside joke.

Our first preparatory pleadings came and went with great excitement. Looking back, much of the feedback we received would stay constant throughout the competition. “Lead with the law”, “smile”, “engage with the judges” and “time management” turned into phrases that haunted us day and night. If we knew about these little flaws in our pleadings, why not work on them? The answer is, simply put, a lack of time.

It is not that we did not have the time, we just chose to spend it differently. A portion of our days was dedicated to the top priority: creating one specific meme per day in anticipation of the German National Rounds. There was a careful process to be followed. Some ideas were decided upon quickly, some were discarded after turning out to be barely comprehensible even to our coaches, some gave clues about our arguments and some were inspired by other dedicated Jessup-meme accounts. While our efforts were appreciated and occasionally supported by our coaches, sometimes they undoubtedly wished we had spent more time on a solid argument for consular asylum instead of creating the perfect meme for when the judge picks apart that one Separate Opinion of that one ICJ case that speaks a little in our favour.

Before we knew, the German National Rounds were over. We especially felt we had done well when our fellow competitors elected us for the Spirit of the Jessup Award. With each team having to overcome their own pandemic-difficulties, we felt very honoured and incredibly happy that our memes were able to make others smile, too.

After the very tightly scheduled matches of the National Rounds, the Global Rounds felt almost relaxing with the first matches stretched out over weeks. Still, we spent more time than ever in each other’s virtual company. After working a little on the pleadings, someone would read aloud from a book or we just had individual naps without turning off the cameras. Privacy was long gone. It was unthinkable to leave the room to make coffee without taking the laptop along.

It seems unlikely that mere video calls could ever replace the feeling of being in a real office together and they don’t even come close to serving as an acceptable substitute. However, we never had an alternative. Despite the depressing lack of off-screen contact, we have managed to grow incredibly close as a team – maybe even too close.

We count ourselves rather lucky to have made this experience. Every time we felt like raging and crying over the “virtual experience”, we had to remind ourselves that the available alternative was not a “real”, in-person Jessup, but a solitary, challenging semester of online lectures from which we were able to take these eventful months off.

It seems equally unlikely that we should still even want to spend so much time together, even after the Jessup has officially ended. But here we are, constantly in contact with each other and only ever getting sick of each other with a severe lack of sleep combined with too much or too little coffee.

We are the team from the University of Hamburg, Team 112: Clara Schott, Tizita Gelaye, Lasse Lindloff and Ada Klenner. We are all at different points in our studies, hoping to reach our Staatsexamen (state exam) within the next 2-4 years. 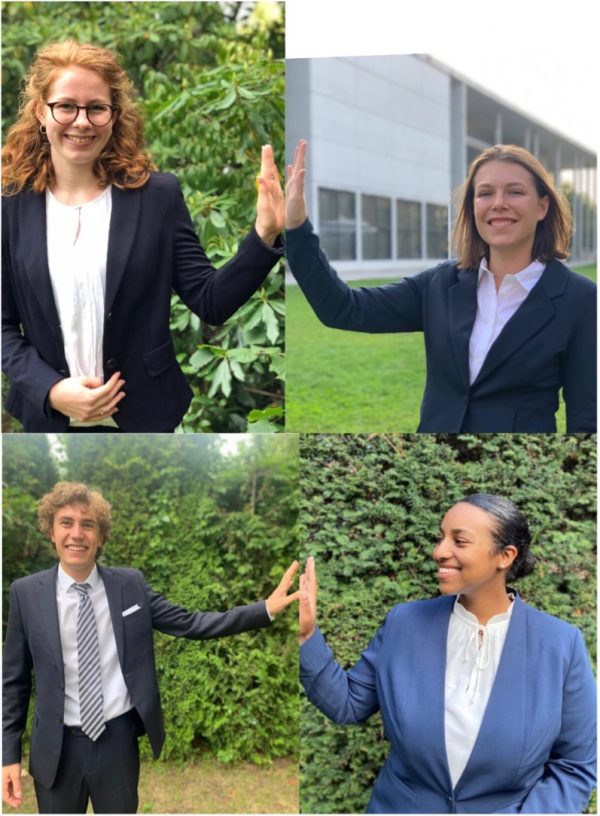 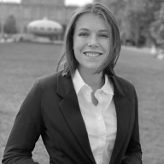 Clara Schott studies law at the University of Hamburg. She is also working as a research assistant at the Max Planck Institute for International Private Law in Hamburg. 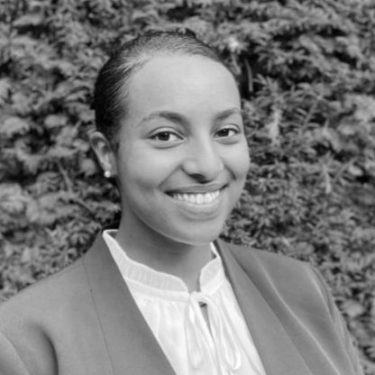 Tizita Gelaye studies law at the University of Hamburg. 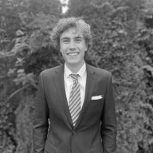 Lasse Lindloff studies law at the University of Hamburg. 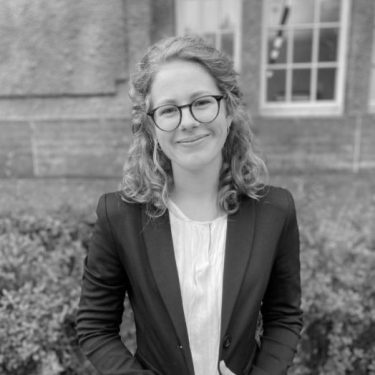 Ada Klenner studies law at the University of Hamburg.