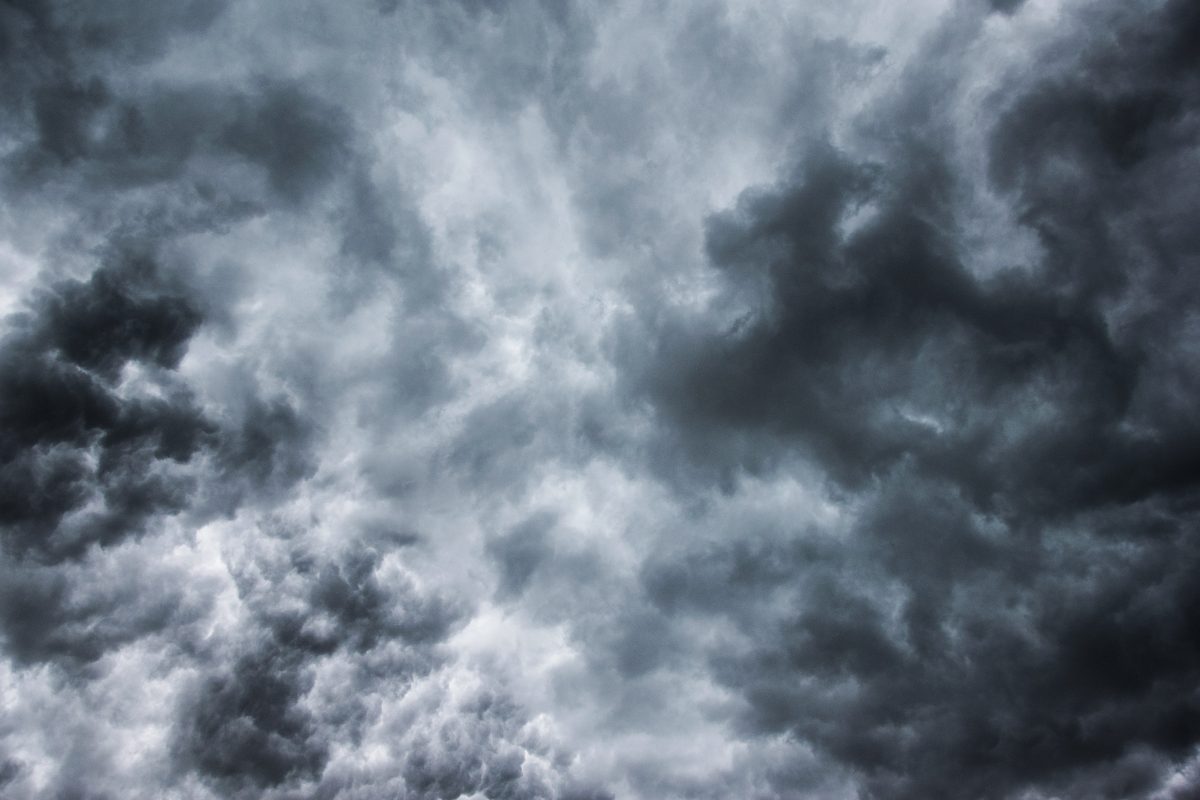 Photo by Michał Mancewicz on Unsplash.

How “Attack on Titan” Complicates the Genocide Convention

There has been recent traction towards the idea that pop culture is relevant to the “study, practice, and teaching of international law”. Many scholars acknowledge that it is important to engage with science fiction, even with its ‘fantastical hypotheticals’, as its grim scenarios can allow the re-imagination of law as it stands, and make international law accessible to non-lawyers. Similarly, since popular culture reflects and can impact common perspectives of international law, its narratives have immense pedagogical potential for unpacking international legal concepts.

This piece is written in the same spirit, aiming to bring to the forefront an old controversy around the definition of the crime of genocide by referring to one of the most popular anime in current times: Attack on Titan. In the ongoing final season, the show has witnessed a phenomenon virtually unheard of in anime tropes — the apparent transformation of a hopeful protagonist into a chilling villain. It is such that most viewers (and characters in the manga) would describe his actions as a ‘genocide’ of unprecedented proportions (see here, here, here and here). As is often the case, the situation would not fall within the legal definition of genocide. Yet as is far from often the case, his actions are perhaps much more shocking than genocide.

“On the Other Side of the Sea…is the Enemy”

Some context is necessary about the show and our protagonist, Eren Yeager. The show is set in a fantastical world with humans living in a secluded place called Paradis Island. What is unique about this setting is the presence of dangerous giant creatures called ‘Titans’ that roam Paradis. Owing to Titans, Eren and others are forced to live behind the safety of consecutively enclosed walls. His arcs centre around his yearning for ‘freedom’ from this cattle-like life behind the walls.

During the show, we learn that Paradis islanders are not the only humans in the world. They are, in fact, descendants of the ‘Eldian’ race and kingdom, who are feared for their supernatural ability to transform into Titans. This includes Eren, who is eventually revealed as the beholder of the Founding Titan – one that can control and command all other Titans.

The show follows the journey of Eren and his Paradis comrades in slowly unravelling their lost history. To summarise briefly, they discover that their centuries-long enemy, the Kingdom of Marley, was responsible for their secluded life behind the walls. In fact, the whole world fears Eldians given their supernatural abilities and seeks their elimination. Learning this, many of the once hopeful characters are in despair.

So how does the show connect to the prohibition of genocide? Once Eren manages to activate the full powers of his Founding Titan, he can control all Titans at will — and he chooses to unleash the ‘Rumbling’. Eren releases countless colossal Titans to march and trample over the entire world, except for Paradis Island. Seeking to exterminate a world that bears hatred against Eldians, his aim is to end all life apart from that of Eldians living in Paradis (his motivations for this campaign are complex, and in debate). A cold and chilling sight follows for anyone watching.

“The Wall Titans Will Trample Every Inch…Beyond This Island…”

Suppose this fantastical hypothetical happened in our world. Article II of the Genocide Convention, 1948 defines genocide, among other things, as the killing of all members of “a national, ethnical, racial or religious group”. Such killing though must have been intended at destroying the group itself “in whole or in part”. This is the requirement of dolus specialis, in that there must have been the specific intention to eliminate a particular group (partially or entirely). Marley and the world’s attempts to eliminate Paradis Eldians should plainly count as an attempted genocide, whether we identify Eldians as a ‘race’ or ‘national’ group or both.

The same cannot be said though, of Eren’s plan to eliminate the world at large, except for Paradis Eldians. This is because Article II of the Convention requires the accused to target a group that can be identified with ‘positive characteristics’. A ‘negative’ formulation of groups falls short of the dolus specialis test. As the International Court of Justice (ICJ) put it in Bosnian Genocide case, genocide “is a matter of who [the targeted] people are, not who they are not” (para. 193). Fairly enough, this does seem linked to the textual framing of the Article, which notes that one’s intention should be to destroy the group ‘as such’. The requirement of positive identification is confirmed by the preparatory works of the convention, with most delegates citing Raphael Lemkin’s original coining of the word ‘genocide’ with reference to the Holocaust — arguing that the crime should acknowledge the harm ensuing to humanity given the loss of specific groups and their ‘contributions’ (p. 152-154).

But there has been a minority that pushed for the ‘negative’ approach. Long before the formation of the International Criminal Tribunal for the Former Yugoslavia (ICTY), the Security Council had constituted a commission of experts to determine the laws relevant to the situation. This commission argued that the convention would be a “weak or even useless instrument” if it did not acknowledge the harm caused to “all the target groups as a larger whole” – by this logic, the larger whole would comprise all non-Eldians, including Marleyans and all other races and nationals of the world. When the ICTY and its counterpart for Rwanda were formed, both tribunals however held against this reasoning. There was the exception of the ICTY Trial Chamber decision in Jelisić (1999) that chose to favour ‘negative’ formulations, yet this ruling was overruled. Most recently, the International Criminal Court has also rejected the possibility of a negative formulation of groups protected against genocide. In short, it seems settled that genocide could only occur against positively identified groups, unlike Eren’s plan.

One could attempt to argue, in theory, that multiple parallel genocides against different groups may be considered to occur in such events. However, one would have to meet the stringent evidentiary onus of proving a special intention to destroy each affected group for its particular group characteristics. This would be distinct from Eren’s intention to take measures having the effect of destroying many groups at once for lacking certain characteristics (i.e., a negative formulation of groups) – which seems to be the case at hand. The difficulty in proving specific intention to eliminate different groups is precisely the intent of the positive grouping requirement.

“I Never Wanted to Grab a Knife; I Swear…”

This is not to say that Eren-like campaigns would enjoy impunity in our world. The ‘Rumbling’ would certainly amount to a widespread and systematic attack against civilian populations, in the sense of crimes against humanity. There would also be a host of war crimes for which the ‘Rumbling’ would attract responsibility. The question, however, remains perplexing if thinking of the ‘fair labelling principle’, as per which each criminal harm must be articulated in line with its specific moral and legally appropriate enormity. If something should count as genocide, it would be unjust not to label it as such. Just as important is the fact that genocide does not only cover events of world-cataclysmic scale such as the ‘Rumbling’. The killings in the town of Srebrenica for instance, were limited in scale, but still recognised as a genocide by the ICJ in the Bosnian Genocide case (paras. 296-297). In other words, the genocide prohibition could be attracted if an Eren Yeager in any city or municipality decided to kill all non-Eldians or the like, if not for the positive identification requirement.

Scholars like William Schabas would find no qualms with this requirement, since these acts are covered within other crimes, and given their desire to keep invocations of genocide limited to exceptional situations. We therefore propose that this assumption is worth questioning, considering that millions of viewers seem to agree that Eren’s actions are a ‘genocide’ against humanity itself. This shows potential limitations in confining the definition of genocide to Raphael Lemkin’s original conception, which focused on harms to parts of humanity (i.e., loss of particular groups), as discussed earlier. The departure of the popular cultural perceptions of what amounts to genocide from its legal definition is not an unprecedented reality, but it ought to at least be acknowledged considering the moral and political weight attached to ‘genocide’. We leave the question open which among the many characterisations of Eren’s ‘Rumbling’ is valid while noting that perhaps even the gravity of the word ‘genocide’ may not be enough to describe it.

The Genocide Convention was drafted in response to very specific political conditions and contexts, seemingly in part to acknowledge the moral indignation caused to some of the particular groups targeted by Nazi forces. The Attack on Titan world is, of course, distant from our world, detached from international law as we know it, and perhaps does not even have states as we know them. And a campaign like Eren’s is unlikely to happen any time soon. But fiction of this nature still serves, as this post shows, great pedagogical potential for unravelling fundamental assumptions behind legal norms and offering hypotheticals to trigger the re-imagination of the law for those who may wish to. After all, as Hoffmann’s research shows (p. 67), the crime of genocide — despite its jus cogens status — continues to be defined with many variations in the domestic legislation of states with different interests, histories, and moral demands. Thus, how we legally understand genocide today is a product of many unique circumstances, and whether we wish to strengthen that definition or to challenge it, Attack on Titan offers a viable site for presenting debates on that count.

Final remark: This post contains spoilers for crucial plot-points of the anime ‘Attack on Titan’. The authors do not intend to open a new debate, but rather revive an old one by using an anime as a framing device. Their intention is to show that international law can be debated in unconventional spaces. All arguments are purely hypothetical in nature. 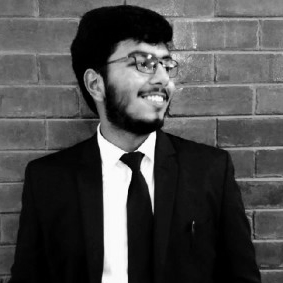 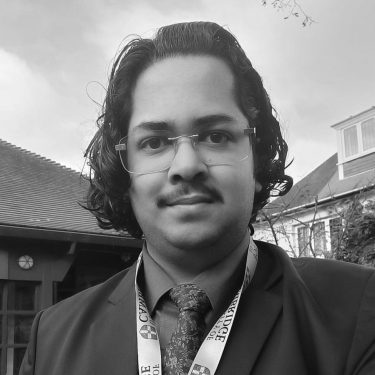 Anujay Shrivastava is an LLM candidate at the University of Cambridge, studying modules on international human rights law.