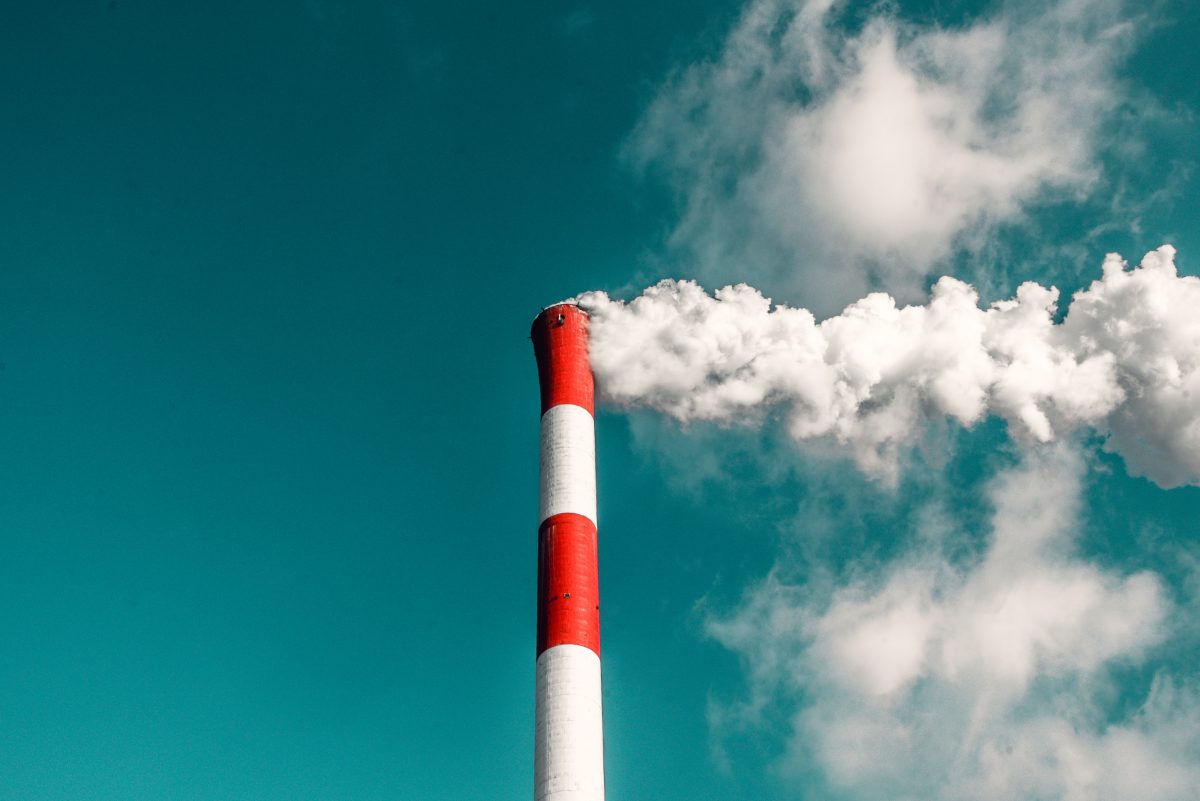 Photo by veeterzy on Unsplash.

Germany has now its own landmark climate case. In its recent decision on the Climate Protection Act (CPA), the Constitutional Court did not follow all of the claimant’s submissions and missed quite a few chances to progressively develop the constitutional standards regarding climate change (here). Nevertheless, the overall strategic goal of the 47 claimants from Germany, Nepal, and Bangladesh, supported by four environmental NGOs, has largely been achieved: to delimit the constitutional boundaries for climate change policies. The 270 paragraphs of the decision have been rightfully assessed as groundbreaking. They have (here, here, here, here) and will nourish academic debates as well as the upcoming electoral campaign for the months to come.

The following paragraphs do not aspire to provide a conclusive evaluation of the ruling’s implications for German constitutional or public international law. This post rather highlights some aspects that seem remarkable in the eyes of somebody who had the chance to follow the proceedings closely as a trainee with some of the parties involved.

It is not a secret that the decision came at surprise, a fact visible from the spontaneity of many reactions (see here). The Court’s rather fast decision (the three complaints addressing the CPA had been presented in February 2020 and the last submission were exchanged in February 2021) without an oral hearing documented well that the judges shared the claimants’ assessment of the urgency of the matter. At the same time, it illustrates how little the underlying facts – in contrast to the legal doctrines – were disputed. Apart from that, the reasons for the timing of the decision remain speculation. Possibly, the Court hurried to deliver the verdict before the electoral campaigns 2021 gain traction. Maybe, the publication of the decision, taken already on 24 March, had been postponed until the cockfight within the conservative parties about the nomination of a chancellor candidate was finally settled.

Indeed, members of the Government switched immediately into campaigning modus, finger pointing on each other in questionable manners (here, here and here) while simultaneously expressing great relief about the wise decision from Karlsruhe. Contrasted with their Government’s submissions in the proceedings, which vehemently denied any “judiciable right to safeguard stable climate conditions” and strongly objected the Court’s competence to adjudicate on the legislator’s obligations in the ambit of climate change (Government’s submission of 30 October 2020, p. 22, cf. here), their reactions leave not much room for interpretation. Either the members of Government actually believed that the planetary boundaries and intergenerational dimensions of climate change were irrelevant for their constitutional duties to protect the climate (an assumption pointedly addressed by one of the representatives, here at p.24); or they were aware of the legal boundaries but incapable to implement corresponding measures against resistance coming from society, especially the private sector. Either way, the clarifications from Karlsruhe were overdue.

With regard to the proceedings that led to the welcomed decision of the Court, it should be emphasized what one of the claimants and prominent face of the German climate movement, Luisa Neubauer, rightfully pointed out immediately after its publication: The decision is not the achievement of a few courageous activists or brilliant attorneys (despite quite a few being involved) but the result of a joint effort by a broad alliance of activists, NGOs, scientists and environmental lawyers.

As much as the judges in Karlsruhe deserve credit for the comprehensive evaluation of the relevant climate science (paras. 16-37), the integration of the Paris Agreement into the constitutional realm (here) and the innovative approach to the intergenerational dimension of climate change (here), it should be acknowledged that years of multi-level activism and close cooperation between the climate justice movement, civil society, science, legal scholars and lawyers have paved the way for Karlsruhe. The case is a brilliant example of how “strategic litigation” can support social movements by translating their political demands and the injustices they address into the legal sphere. Needless to say that without such an embedment – without young activists putting the spotlight on the intergenerational injustices of current policies, scientist breaking down the studies and models behind the temperature goal of the Paris Agreement, legal scholars developing innovative doctrines and claimants unwilling to accept that the constitution keeps silent on one of the most pressing issues of our times – the cases would not have been successful.

And too many cooks do not necessarily spoil the litigation broth. There is never one perfect claimant or successful line of argument for such cases. The four complaints represented by three well-known environmental lawyers have presented the Court a broad spectrum of plaintiffs reaching from Bangladeshi lawyers to young Fridays-For-Future-activists and conservative politicians, addressing both, present and future effects of climate change. Simultaneously, they introduced a variety of approaches on how best to get to grips of the underlying legal issues, providing substantial assistance to the Court to navigate its way through the unknown waters of constitutional climate change adjudication.

In addition, the decision is yet another stone in the mosaic of global climate change litigation trying to activate national and international courts in a joint effort to achieve the Paris goals. Courts in the Netherlands, US, Ireland, New Zealand and recently France have obliged their governments to more ambitious emission reduction measures. A case at the European Court of Justice had previously failed. Three cases are currently pending at the European Court of Human Rights (here, here and here). In addition, sixteen children from around the world applied to the UN Committee on the Rights of the Child and there are rumors about a new initiative of Pacific island states to request an advisory opinion from the International Court of Justice.

The judges in Karlsruhe were well aware of this context, referring in several passages to other judicial bodies (here), and their verdict is a valuable contribution to a transnational body of jurisprudence progressively refining the contours of states’ obligations regarding climate change mitigation.

Notably, the decision has potentially solved two of the Gordian knots that most climate change cases face: The stringent translation of the Paris Agreement’s temperature target into a constitutional benchmark, which has already been analyzed here. The second one being the adequate handling of the remaining CO2-Budgets as reference point for judicial review of national mitigation pathways. The latter might have far-reaching implications for climate change litigation in general.

The Intergovernmental Panel on Climate Change (IPCC) has calculated the quantities of the emission of greenhouse gases (GHG) that can still be emitted if global warming is to remain below 1.5° and 2° respectively (so-called CO2-budgets). The obvious approach to assess the insufficiency of national reduction efforts – and thus to assess violations of constitutional or human rights obligations – would be to subtract a country’s projected GHG-emissions from the remaining national CO2-budget: a legal argument based on a simple equation, yielding a definite result whether or not a state’s emissions are in compliance with the Paris Agreement. To this end, climate change litigators have become experts in budget-calculations over the past years, searching the correct equations to their cases. The answer is, unsurprisingly, not that simple.

Firstly, the budgets calculated by the IPCC are projections that encompass considerable scientific uncertainty, arising from the complexity of and interdependencies within the global climate system (para. 222). The actual remaining budgets might be up to 100% higher –  or lower – depending, inter alia, on the crossing of irreversible tipping points (vividly illustrated here). Moreover, the budgets relate to net-emissions, including the possibility of negative emissions by removing CO2 from the atmosphere (para. 222). Secondly, the IPCC’s budget calculations are global. Their allocation among states is not a question of scientific modelling but a normative one, answered by a political decision (cf. VG Berlin, at 87). Numerous approaches to the distribution are discussed, ranging from equity-based criteria such as historic emissions, distribution per capita or GDP, to merely cost-effective distribution scenarios (see e.g. here). The international community was so far unable to agree on any mode of distribution. The lack of consensus on countries’ “fair shares” was the main reason for the historic failure of Copenhagenand shaped the “bottom-up”-architecture of the Paris Agreement, allowing every state to determine its fair contribution.

Those scientific and political ambiguities of budget calculations can hardly be bridged by the law. Consequently, the Court held that neither does the constitution prescribe a specific key for the budget allocation (para. 225), nor can the CO2-budgets serve as precise numeric measurement for judicial review (para. 229). Up to this point, the decision followed the Government, insisting that budgets had no relevance for its policies and were entirely unsuitable to derive any legal standard.

Luckily, the Court did not stop there. There is an undeniable tension between the confidence about the finite nature of the global CO2-budget left to reach Paris and to avoid irreparable damages to the entire planet on the one hand, and the existing scientific uncertainties and political dissent about “who has to do what” on the other. This tension is to be solved by application of a well-established principle of environmental law: in face of serious and irreversible environmental damages, effective protective measures must not be delayed due to a lack of absolute scientific certainty (para. 229). The precautionary principle is a general principle of international environmental law (Sands/Peel/Fabra/MacKenzie, p. 229 and here, para. 131), enshrined in Article 3 UNFCCC and Article 191(2) TFEU, applied in the interpretation of the obligations under the European (here, para. 107) and Inter-American (here para. 175) human rights conventions. According to the Court, it is also contained in Article 20a of the German Constitution as a particular “duty of care” (para. 229). In consequence, the IPCC’s estimations of the remaining global budget, as well as the national budgets derived thereof by sound and reliable methods, have to be taken into account by the legislator. They serve as a yardstick to test the consistency of mitigation policies with the binding temperature target of the Paris Agreement (paras. 229, 246). It seems that the Court has thereby extended the scope of the principle from situations of scientific uncertainty to those of “political uncertainty”, an extension consistent with the spirit and purpose of the principle. This allowed the Court to establish the CO2-budgets as a legally relevant point of reference, without ignoring the normative ambiguities and scientific uncertainties surrounding them – an approach that future cases can built upon.

The Court’s finding on the relevance of CO2-budgets will also be carefully evaluated elsewhere. As mentioned above, about 85km south-west, the judges in Strasbourg will soon decide on the applicationby six Portuguese children against 33 states, including all EU member states. Along similar lines, the applicants argue that the lack of political consensus on the allocation of the remaining CO2-budget must not serve as an excuse for states to live up to their national mitigation responsibilities. To the contrary, they submit that the precautionary principle creates the obligation to adopt all measures necessary to achieve the Paris goals. The decision from Karlsruhe has given additional weight to their argument. 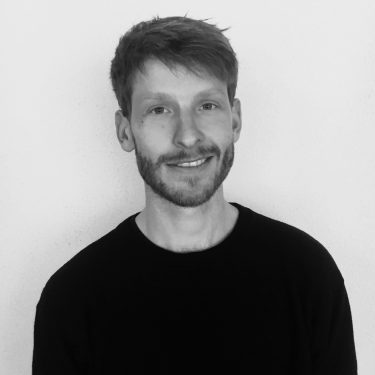