Reparations have become an increasingly important entry point to the conversation about the unfinished business of decolonization. Even though reparations have an established role in transitional justice and human rights, very little attention has been paid to the transition from colonialism or the legacies of colonial human rights abuses.

While Namibia’s political independence was an important first step, the decolonization process did not confront two pivotal dimensions of colonial legacies. The first involves the external brutalities of racial capitalism and the economically exploitative world order that was birthed in the age of European empires and which contemporary imperial formations continue to reproduce. The second involves the internal brutalities of German colonialism, especially the genocidal policies undertaken against the Ovaherero and Nama communities. Third World Approaches to International Law (TWAIL) is a critical school of international legal scholarship and practice that seeks to reckon fully with colonial legacies to understand international legal history and interpret international laws and norms. A unifying feature of TWAIL analysis is its attention to the histories and legacies of colonialism and slavery, as well as the legal, economic and institutional architecture that enables the unjust world order to continue and reproduce. In this post, I briefly develop a TWAIL approach to reparations that I hope adds to the conversation about the unfinished business of German decolonization. [While TWAIL is a larger tradition and network of scholars, it is internally diverse. Arguments developed here represent only my views, and my own contribution to the TWAIL tradition. This piece draws from my ongoing research and writing on reparations for colonialism and slavery. For more on TWAIL see Luis Eslava, “TWAIL Coordinates”, in: Critical Legal Thinking, 2 April 2019.]

A TWAIL-inspired approach to reparations is fundamentally political rather than ameliorative. It seeks to “interrupt” what is normalized and codified in racial capitalism, not just mitigate its adverse impacts. This approach draws attention to the unjust enrichment of those responsible for colonialism and slavery, who have benefited from exploitation and victimization (including nation-states such as Germany), to illuminate world systems and hold them accountable. This includes analyzing the work of international political economy, international institutions, military interventions, international law, as well as the cultural and epistemic violence of colonial histories. Concomitantly, it highlights the racial and regional patterns of unjust deprivation and the long-term structural legacies of that dispossession. A TWAIL approach does not see reparations as closure, but rather takes a vision of solidarity and social change to begin grappling with the history of exploitation. It is a call to change the world order, not just bookkeep a calculation of harm.

The dominant anchor of reparations in public international law is the 2005 Basic Principles and Guidelines on the Right to a Remedy and Reparation for Victims of Gross Violations of International Human Rights Law and Serious Violations of International Humanitarian Law. In addition, complementary norms have emerged from decisions by international bodies, including courts and tribunals, as well as from national governments’ transitional justice programs. Individualized remedies for civil and political rights violations that injure the body characterize the dominant human rights model of reparations. It emphasizes violations during a clearly demarcated historical period committed by state authorities in that jurisdiction.

Little attention has been paid to reparations for colonial harm with the important recent exceptions of the Mau Mau case in the British High Court of Justice, and Canadian reparations for the colonial policy of removing children from First Nations families. More often, reparation programs have treated structural conditions, historical legacies of slavery and colonialism, and the transnational world order, which has continuities with European colonialism, as irrelevant to the analysis of harms and benefits, violations and their impact. Instead, the dominant approach focuses on individualized, quantifiable bodily harm and its proximate causes.

The approach advanced here deviates from the dominant model on several grounds, including employing a longer historical vision and paying attention to: the collective impact of violations; transnational responsibilities of former colonial states and non-state actors, such as multi-national corporations that benefited from structures that enable and exacerbate transnational economic exploitation; military aggression; and climate change-induced precariousness. In this sense, it is attentive to how colonialism, slavery and racial capitalism have been co-constitutive, calls for creative legal and policy strategies, and builds on political “third-worldist” solidarities that address structural dependency, sovereign debt and other symptoms of the trade-and-aid regime that shape our current world order.

Moreover, a TWAIL-inspired reparations framework draws on a broader foundation of international law that challenges Eurocentric biases in international legal history. It goes beyond examining the privileged actors that have shaped international law’s doctrinal trajectory, seeking instead to pluralize and broaden international law by including historically excluded actors like women, peasants and the working class, as well as “third world” states’ legal and normative principles, such as the New International Economic Order. TWAIL acknowledges the historic genocide of indigenous peoples and sees restituting local control of land and resources as central to the right of self-determination enshrined in international law. Finally, this approach is part of a larger process of decolonizing the foundations of international law, entailing an epistemic renaissance of subjugated knowledge, and imagining new political possibilities for our collective futures. This vision is ambitious but feasible if one understands a TWAIL approach not as a map but as a direction, and recognizes that it will require incremental but meaningful steps in this ambitious direction. If the German government is at a crossroads of alternative policy paths to advance its stated commitment to decolonization, TWAIL offers guidance about the direction it should take. The harm of German colonization cannot be undone. That does not mean that the German government cannot take consequential reparatory steps to reckon with its colonization of Namibia, and in particular, the genocide of the Ovaherero and Nama peoples. The issues highlighted by contemporary Ovaherero and Nama social movements, such as land redistribution, returning human remains, restoring cultural artifacts and acknowledging the scale and scope of German colonialism’s harms, are all important and necessary steps.

Vasuki Nesiah is a founding member of TWAIL and Associate Professor of Practice at the Gallatin School at New York University, USA. 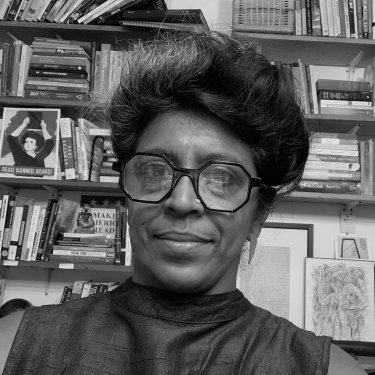 Dr. Nesiah is a professor at the Gallatin School, NYU. She is a founding member of Third World Approaches to International Law (TWAIL).