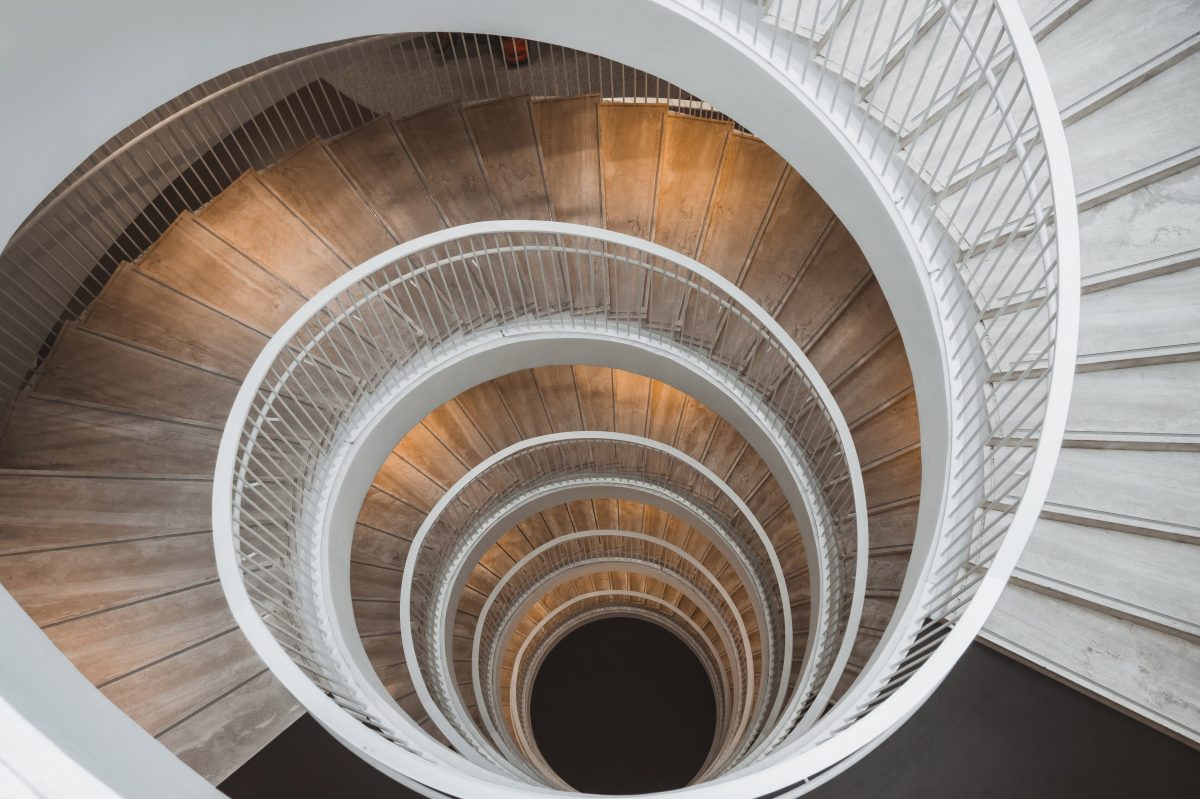 From the margins to the center – can social movements save international investment law?

Can social movements save international investment law? There have been few works in international law, which have been as decisive for my research interests than Moshe Hirsch’s rich and interdisciplinary scholarship on the sociology of international economic law. I decided to study investment arbitration after participating in the anti-TTIP protests, but only began to understand the underlying structural forces after discovering Hirsch’s sociological perspective in the midst of a very traditional investment law curriculum. Hence, on a very personal level, his insightful contribution on social movements to the illustrious symposium on international investment law and human rights in the Leiden Journal of International Law comes full circle for me and I am deeply grateful for the possibility to comment on it. While I wholeheartedly agree with most of Hirsch’s analysis, I question two fundamental aspects in his article, namely his focus on mostly EU-based social movements as well as the possible incremental solutions for socio-legal change through the existing ISDS framework.

Between hope and disillusionment: the anti-TTIP mobilization

“Stop TTIP!” – this simple message brought up to 250,000 protesters to the streets of Berlin on 10th October 2015. The public outcry over the trade and investment agreement was unprecedented and amounted to Germany’s largest public demonstration in over a decade. Spearheaded by a broad alliance of around 170 diverse organizations, the protesters demanded not only procedural and substantive changes to the TTIP and CETA agreements, but also highlighted general concerns about safeguards for the principle of democracy, rule of law; as well as labour, social, environmental, and consumer rights in free trade and investment agreements.

Between 2014 and 2016, similar “Stop TTIP!” mass demonstrations took place not only in Germany but throughout the European Union and an application for a European Citizen’s Initiative with more than 3 million signatures was submitted to the European Commission. In political science scholarship, the anti-TTIP movement is thus regarded as an exemplary case for the successful transnational Europeanization of a social movement. The development of this movement has been highly surprising as the specialized field of foreign trade and investment does not generally attract public interest. An earlier example had been the anti-globalization protests against the WTO Ministerial Conference in November 1999, the so-called “Battle of Seattle”, however, in contrast to those protests, the “Stop TTIP!” demonstrations were dispersed all over European capitals and attracted much higher levels of participation (the Seattle protests featured around 40,000 protesters). A possible explanation for this unlikely evolution centers on the “persuasive power of being negative about TTIP”, i.e. how central actors in the movement succeeded in evoking emotive narratives and powerful metaphors. Since then, investment law, and in particular investor-state dispute settlement, has become a matter of critical debate also in the general public and is currently undergoing a process of fundamental reform.

The story of the anti-TTIP mobilization is essential to the core argument put forward by Moshe Hirsch in his contribution to the symposium on international investment law and human rights in the Leiden Journal of International Law. In his fascinating article “Social movements, reframing investment relations, and enhancing the application of human rights norms in international investment law”, Moshe Hirsch employs socio-legal methods to analyze how social movements have attempted to reframe investment law and in particular investment arbitration. He adopts Erving Goffman’s frame analysis to understand both the frames employed by social movements to raise public awareness of investment arbitration as well as the limitations of this approach in actually influencing the power imbalances in investment law. ‘Frames’ in this approach are understood as “‘frameworks or schemata of interpretation’ that ‘allow its user to locate, perceive, identify, and label […] occurrences’, thus ‘rendering what would otherwise be a meaningless aspect of the scene into something meaningful.” Social movements such as the anti-TTIP movement thus attempt to reframe investment arbitration in their public engagement and direct-action strategies, for instance by highlighting its harmful impact on local communities and individuals.

“while social movements performed well in the important public domain, some deeply ingrained features of the investment arbitration culture (particularly the inter-partes frame) and strained relations between the groups impede the capacity of social movements to reach across to the investment arbitration community and generate therein meaningful socio-legal change regarding the importance of human rights of local actors.”

While this result might hardly be news for those critical of the current investment arbitration system, Moshe Hirsch’s insightful piece allows us to methodologically dissect and better understand the social patterns and cognitive biases which have hampered more fundamental change in the last years. His excellent sociological analysis of social movements thus links the contemporary scholarly debates on the relationship between human rights and investment law to the analysis of ‘overlooked’ or unseen actors in investment law and arbitration such as local communities. While he carves out the social frames used by social movements in their argumentation against the existing system of investment arbitration, he also explains how and why arbitral communities have not been receptive of those critiques: the reason being their socialization into a private legal culture dominated by constraining schemata that focus solely on the claims of the two litigating parties. The insights derived from frame analysis are thus only the latest addition to his scholarship on the sociology of international economic law, in particular investment law.

Whose practices count in anti-ISDS social movements? A critical review

My main point of criticism on Hirsch’s article, concerns the concept, role, and potential of social movements: throughout the article, Hirsch does not problematize how he conceptualizes the role of “social movement” in investment law. Only in footnote 56, a definition of social movement can be found, which he characterizes as a “sustained and collective effort, usually operating outside of established institutional channels, either to bring about or to resist social change.” He links to literature from social movement studies and cites examples of powerful social movements which brought about socio-legal change such as the civil rights, the lesbian and gay, as well as the women’s movement, but does not discuss the differences and limitations of social movements in investment arbitration.

In contrast to aforementioned examples, the anti-ISDS movement has to adopt a transnational approach to be able to actually influence bi- and multilateral treaty design or arbitration rules. Mobilizing against ISDS thus requires significant levels of coordination, organizational capacity, as well as access to political and media elites, which goes far beyond earlier examples. This does not mean that transnational mobilization is unique to the globalization period; an internationalist approach has long been a central focus of fundamental rights’ campaigning, for instance in the worker’s and women’s rights movement. In contrast to those campaigns where international solidarity was linked to a domestic struggle, the anti-TTIP movement had to be primarily transnational in its instruments and aims to, first of all, actually access the relevant information on the negotiation and, secondly, to effectively pressure a significant number of state parties and adopt measures such as the European Citizen’s Initiative. Yet, even a single country might be able to have a significant impact on the EU’s trade and investment policy as the veto of the Wallonian parliament to the CETA agreement has demonstrated.

Discussing the inherent power structures in transnational social movements would have also illuminated another blind spot of the article, namely the conflation of social movements with the interests of local communities. While social movements based in the Global North such as the “Stop TTIP!” campaign evoke frames highlighting the negative consequences of investment law upon local communities in the Global South, they do not represent nor speak for those communities. Their primary interest is not to highlight the rights of local communities e.g. affected by mining projects in Latin America as, for instance, in the anti-TTIP coalition, the rights of workers and consumer in the Global North have been equally prominent. Consequently, it is doubtful whether social movements, which are based in and oriented towards the Global North, would be able to remedy the existing power imbalances in investment law. Consequently, Hirsch’s article adopts a Eurocentric perspective on the frames of social resistance against ISDS, thus overlooking varied forms of resistance in the Global South and from Third World Peoples.

For me, this raises doubts whether the proposed legal strategies to mitigate the inter-partes frame in investment law can actually be successful in aligning investment arbitration and human rights concerns. Hirsch argues that transparency rules, amicus curiae submissions, and creative forms of institutionalizing the participation of local actors in arbitral proceedings might put largely invisible local communities on “the arbitrators’ cognitive maps.” This might certainly be the case, but is still far from the fundamental political and legal changes in the investment regime desired by the presented social movements. Including representatives of victims in the proceedings might be able to penetrate the inherent frames, ‘cognitive maps’, and biases of arbitrators, but does not alleviate fundamental concerns of inequality, access, and representation by affected communities. Ultimately, I find it unlikely that amicus submissions or other forms of institutionalized representation, which would be embedded in the current framework, might succeed where powerful social movements have failed. However, it points us to a possible option of how the involvement of legal scholars in solidarity with social movements against investment arbitration could be nurtured in the spirit of movement law.

This does not decimate the value of an incremental approach to reform investment arbitration in light of human rights concerns but might also show us the limits of what we can achieve both in- and outside established institutional channels.

The author thanks Isabel Daum for excellent editorial comments. 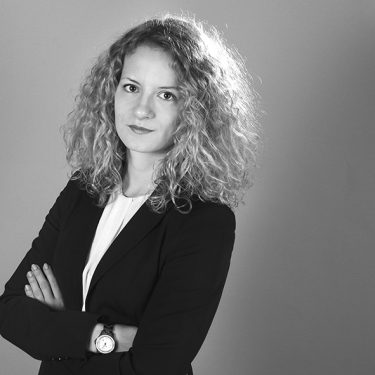