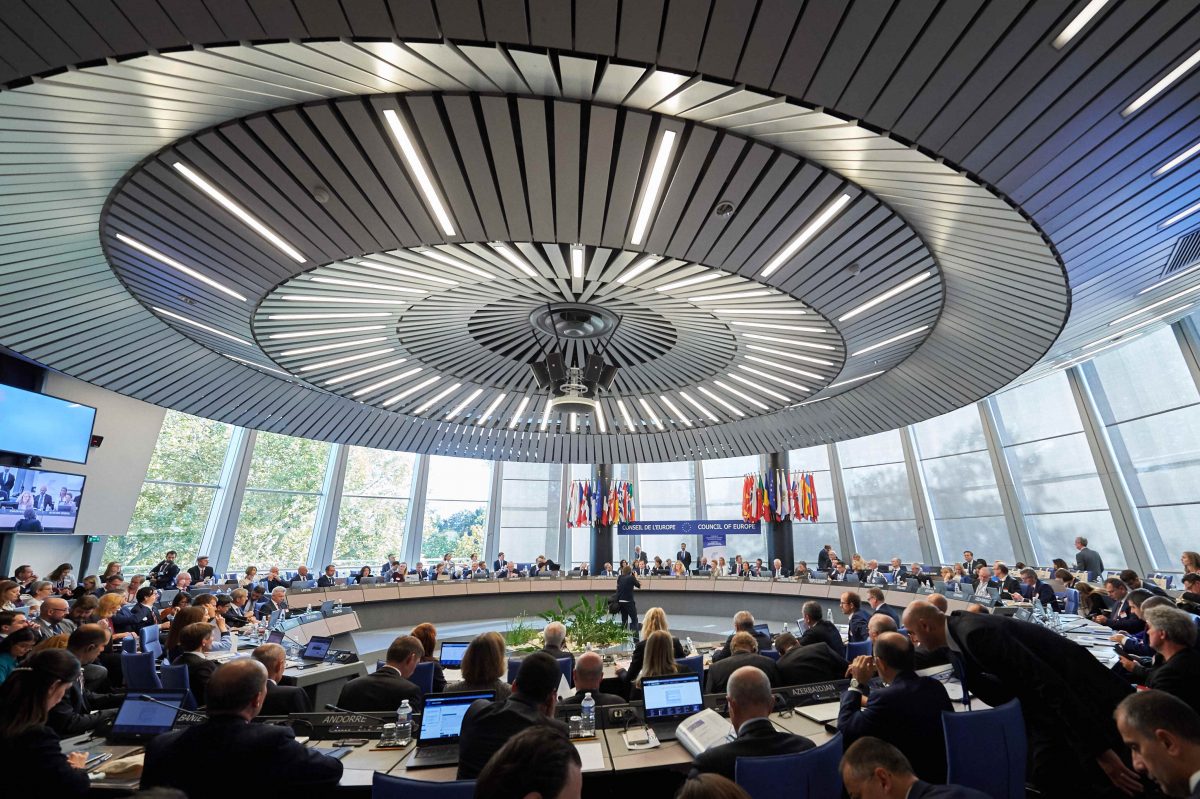 Photo courtesy of the Council of Europe (previous, unrelated Council of Ministers meeting).

From Grey Zones to Red Lines

Implications of the Ukraine Conflict on Europe’s Human Rights System

On 25 February, in accordance with Article 8 of the Statute of the Council of Europe (CoE), the Committee of Ministers suspended Russia’s rights of representation for seriously violating Article 3 of the Statute in Ukraine. Prof Kanstantin Dzehtsiarou recently provided excellent insights into the decision. There are still many unknowns in terms of the scale of the conflict and the possible outcomes, but it is clear that the conflict is active, deadly and nuclear war is, for now, a real and credible possibility. Securing an immediate and effective ceasefire, urgent humanitarian assistance for the people of Ukraine and ensuring safe return of the many refugees are the absolute priorities, as well as transferring Prisoners of War and repatriating the dead and wounded.

Undoubtedly this war will profoundly shape the European order in the coming years, but I will now briefly reflect on some of the possible implications for Europe’s human rights system. I will argue that though this is a major crisis for the Council of Europe, it has established a Statutory red line and can serve as a point of inflection for the organisation and its member states, bringing opportunities as well as risks.

On the face of it, this situation represents a gross failure for the Council of Europe, established in the pursuit of peace based upon justice and international co-operation and, as provided under Article 1.a of the Statute, to achieve ‘greater unity between its members’ in Europe. Many thousands of people have lost their lives including hundreds of civilians, and the fallout from the conflict will be lasting for decades, if not generations. As the inevitable interstate and individual applications and requests for interim measures begin to be received in Strasbourg, the conflict will also have massive practical implications on the CoE, in particular the already stretched European Court of Human Rights. If Russia is to withdraw from the CoE based on Article 7 of the Statute and denounce the ECHR under Article 58, some 144 million people will be deprived of access to the European human rights protection system; a significant tragedy in its own right.

However, the response of member States to date has shown a unity of purpose arguably not witnessed since the founding of the CoE. The response has been decisive and unified. A very clear statutory red line was crossed by the Russian Federation which could not be tolerated by the member States. Suspension of rights of representation was the ultimate and only appropriate sanction available to the CoE at this point.

The first implication of the current crisis is that the CoE has defined a statutory red line. Even though the threshold has been set extremely high, the Committee of Ministers has finally shown readiness to trigger Article 8 of the Statute which is an historic signal in itself. Furthermore, if the Russian Federation is to remain a member of the CoE, it must promptly and fully cease any actions considered to be in contravention of Article 3 of the Statute. Furthermore, given the severity of Russia’s offences in Ukraine and it’s record of non-execution of European Court of Human Rights judgments, a root and branch transformation in Russia’s approach to engagement with the CoE will be required including in terms of the effectiveness of its execution ofjudgments as well as its cooperation with the CoE regarding human rights protection in ‘grey zones’ under its effective control.

In the past I have argued that the CoE must be much more resolute in its engagement with legacy and emerging conflicts in Europe. Many conflict-affected areas in Europe are also known as territorial ‘grey zones’ from a human rights perspective. They are contested European territories which normally lie within the ECHR area, but whose full access to the monitoring, advisory and judicial mechanisms of the Council of Europe is severely curtailed for a variety of reasons. There are at least nine such grey zones in Europe, examples include Transnistria, Nagorno-Karabakh, Northern Cyprus, Abkhazia, South Ossetia, Crimea and Kosovo. Many of them are within Russia’s sphere of influence. Each is symptomatic of a serious political stalemate often with unique features, but are characterized by the common lack of full and unhindered access to (and by) CoE human rights monitoring and advisory mechanisms. The existence of these and other grey zones, such as Donetsk and Luhansk, poses a major strategic risk to the integrity of the Convention system. Though the circumstances in Northern Cyprus are very different to those in Abkhazia for example, in both cases ECHR rights holders are deprived of access to the full rigors of the ECHR system, which is an affront to European public order.

Although Article 1.d of the Statute provides that ‘[m]atters relating to national defence do not fall within the scope of the CoE’ this does not, in any way, rule out political engagement by the CoE on matters of peace and security particularly when framed in the context of the protection of human rights. I would argue that the CoE has a public order (ordre public) obligation to play a more active and assertive, not passive and retiring, role when it comes to such conflict zones in Europe. This ordre public imperative is inextricably linked to the object and purpose of the ECHR to protect individual human rights.

This leads me to my second observation on the impact of this crisis on the CoE: the likelihood of significantly greater focus on European territorial ‘grey zones’ into the future. Though the CoE has taken a largely laissez-faire approach to human rights protection in territorial grey zones over the past two decades given the challenges associated with such engagement, the current crisis is likely to mark a decisive turning point.

The invasion of Ukraine, ostensibly based on Russian concerns over the humanitarian situation in the Donbas, has laid bare the serious risk of such regions being misused as a pretext for war or for other malign political motives. Furthermore, the lack of consistent and meaningful engagement by the CoE in such regions, seriously reduces the organisation’s ability to understand and respond to actual human rights and rule of law needs. Such circumstances disenfranchise local populations and present ripe conditions for the deterioration of rights protection. Member states of the CoE understand now that the term “frozen conflict” is a treacherous misnomer.

The statutory actors (Committee of Ministers, Parliamentary Assembly and Secretary General) and non-statutory actors (Commissioner for Human Rights, Committee for the Prevention of Torture, Venice Commission and others) all have a role in this regard, as will the CoE’s most innovative programme tool, the Confidence Building Measures (CBM) Programme.  The organisation must first be open to playing a constructive, status-neutral role, only then can it potentially deploy its unique capacities to monitor human rights standards and build capacities of public officials and civil society to improve rights protection. Likewise, engagement at the level of Parliaments and local authorities via the PACE and Congress is a critical way to build trust and understanding. None of this is Political, and any attempt to portray such fundamental work for the democratic security of Europe as such should be rejected.

Thirdly, and perhaps somewhat paradoxically, despite the real possibility of Russia withdrawing entirely from the CoE, the financial sustainability of the CoE is likely to be guaranteed by other member States. The unity of purpose shown by member States when faced with the serious violations of Article 3, along with the recent memory of the organisations financial crisis from 2017 – 2019 based on policy decisions of the Russian Federation and others, means pressure will be high on member States to demonstrate their commitment to the Council of Europe at a time of such risk for human rights in Europe.

In 2020, Russia’s contribution to the organisation was just over €33 million, which could mark a very significant shortfall were it to be withheld or withdrawn. However, on 27 February the German Bundestag became the first national parliament to vote to ensure the CoE does not suffer any medium to long term financial damage as a result of Russia’s suspension. It can be expected that other member States will make similar assurances. The President of the Parliamentary Assembly is currently calling on all member States to do just that.

Crises of this nature serve to underscore the importance of long-term financial sustainability for Europe’s foremost human rights organisation.

Towards a New Political Mandate for the Council of Europe

The most recent Summit of CoE Heads of State and Government was almost two decades ago in 2005, when the Warsaw Declaration was signed. The fact that the organisation has been unable to reconvene at the level of premiers for so long, speaks to growing distance between member States on certain issues over that period.

Crises have a tendency to unite or to divide, and clearly this one has significantly strengthened the unity of purpose amongst member States. My final observation is therefore that it is the right time to revisit the need for a Summit of Heads of State, with a view to establishing a new political vision for the organisation. This new vision will be an opportunity to reaffirm member State commitments to the fundamental principles enshrined in the Statute and the European Convention on Human Rights.

Some CoE member States may also see this as an opportunity to push forward further integration in Europe for instance by considering the status of Kosovo through a democratic vote of the member States.

The current conflict in Ukraine will have a profound impact on Europe’s human rights architecture. In reality, the capacity for the CoE to prevent war or gross violations of international law is limited in absolute terms by the willingness of the parties to fulfil their international obligations and to engage in good faith. However, the CoE is uniquely placed to shine a light on human rights violations and to work with willing partners throughout Europe to ensure human rights are practical and effective, not theoretical or illusory.

Though all efforts must now focus on bringing the conflict in Ukraine to an end, it is imperative that the Council of Europe seizes the opportunity to learn from this terrible experience and take steps to significantly reinforce the Convention system, including by taking steps to address the legacy challenge of human rights ‘grey zones.’ 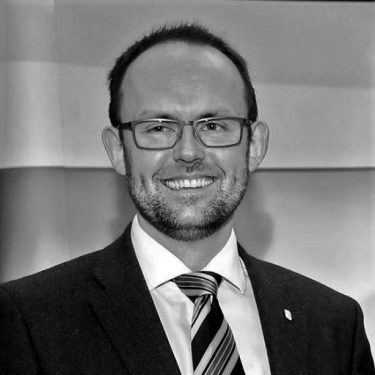