The last weeks were turbulent in Belarus. For the first time in his 26 year-reign, president Alexander Lukashenko faces a meaningful challenge to his power in the form of a unified opposition. On the evening of the presidential election on 9 August 2020, shortly after polling stations had closed, government exit polls were published, claiming that Lukashenko won re-election with approximately 80 % of the votes, despite independent exit polls conducted at embassies and disclosed election protocols showing 80 % and more for his challenger Svetlana Tikhanovskaya. Protests quickly formed all over the country, the largest ones taking place in Minsk. They were met with a harsh crackdown.

This post looks at the events before and after the election through a human rights lens and highlights a particular quality of civil and political rights that becomes apparent in the way the government has reacted: their potential to empower people.

Immediately after Alexander Lukashenko came to power in 1994, he started concentrating power in his own hands. His reforms were accompanied by ever more restrictive policies towards civil and political rights, even though the country is party to a handful of international human rights treaties, e.g. the ICCPR. In 1992, the Republic of Belarus even ratified the first optional protocol to the ICCPR, accepting the individual complaint procedure before the Human Rights Committee (HRC). The reality is, however, sobering. By 2018, Belarus had not implemented a single view of the HRC that had found violations of the ICCPR. Belarus is the only state in Europe which still applies the death penalty, is not a member of the Council of Europe and has not ratified the European Convention on Human Rights.

In this year’s election, Lukashenko faced a surprise contender: Svetlana Tikhanovskaya, an English teacher and the wife of an oppositional blogger and promising presidential aspirant. After her husband had been detained in May, Tikhanovskaya took over his candidacy. She quickly grew into her unexpected role and campaigned on two demands alone: the release of political prisoners and the organisation of free elections within six months of her election. With these simple promises, Tikhanovskaya was able to unite the fragmented Belarusian opposition. Once registered, Tikhanovskaya managed to organize large rallies – something that is only allowed for registered candidates in the weeks leading up to an election – in many Belarusian cities and towns, not only in the capital. Her rally held on 30 July 2020 was the largest the country had seen in decades with an estimated number of 63.000 participants. Tikhanovskaya’s campaign created powerful images that had not been seen in the Republic of Belarus.

Even before Tikhanovskay’s rise, the government had been hard on any form of opposition, arresting promising challengers, barring them from running in the elections, and cracking down on subsequent protests. However, the more the unlikely challenger Tikhanovskaya who was underestimated, not least because she is a woman, gained support, the more nervous the authorities became. In the last days before the election, the government organized concerts in those places that Tikhanovskaya had planned to hold her rallies at. State media broadcasted images of Lukashenko overseeing anti-riot police trainings, and more and more peaceful protesters were detained.

On the day of the election, reports of election rigging started appearing early on. The internet was shut down across the country but some nevertheless managed to report occurrences. A particularly bizarre video widely circulated on social media showed a woman with a large plastic bag climbing down from the window of a polling station on a ladder held secure by a police officer. The bag in her hand appeared to be filled with sheets of paper which led many to the conclusion that it contained ballots for the opposition the officials were trying to get rid of. Shortly after the government-sponsored exit polls had been announced, protests started forming all over the country. These protests were met with violent crackdowns, and shocking images went around the world. According to numerous reports, the police used rubber bullets and stun grenades, known as flashbangs, against the protesters, police vehicles drove into people and protesters were arrested. The Interior Ministry stated that 3,000 people were detained, and more than 50 citizens and 39 police officers were wounded on the night of the election alone. The protests and crackdowns continued the following nights.

A government’s fear of empowerment

That the repressions are not in accordance with international human rights law is undeniable. While political rights may be limited under certain circumstances (for instance under Article 4 ICCPR (“derogability in times of public emergency”) and Article 5  in conjunction with Art. 19 and 21 ICCPR (“restrictability”), the onus to justify such limitations is on the state. The Belarusian government has not presented a credible legitimate purpose for the restrictions imposed before and after the election and the violence against and detentions of peaceful protesters to begin with. There have been no reports of independent media that protesters assembled in a non-peaceful way, before or after the election, or that the exercise of their civil and political rights posed a threat to public order or security in any other way. Moreover, besides the lack of a legitimate purpose for the restrictions, it is hardly conceivable how the scale of violence employed could be necessary and proportionate.

Given the unprecedented challenge to power in the country, one may assume that the real reason for the harsh crackdowns on citizens exercising their civil and political rights is the authorities’ nervousness. This is proof of the empowering potential of civil and political rights which the HRC recognized in the first paragraph of its most recent General Comment No. 37 on the right to peaceful assembly (GC 37), Article 21 ICCPR:

“The fundamental human right of peaceful assembly enables individuals to express themselves collectively and to participate in shaping their societies. The right of peaceful assembly is important in its own right, as it protects the ability of people to exercise individual autonomy in solidarity with others. Together with other related rights, it also constitutes the very foundation of a system of participatory governance based on democracy, human rights, the rule of law and pluralism. Peaceful assemblies can play a critical role in allowing participants to advance ideas and aspirational goals in the public domain, and to establish the extent of support for or opposition to those ideas and goals. Where they are used to air grievances, peaceful assemblies may create opportunities for inclusive, participatory and peaceful resolution of differences.”

Similarly, on the freedoms of opinion and expression, Article 19 ICCPR, the committee holds in its General Comment No. 34:

It is this enabling dimension of political rights that scares autocratic governments. The exercise of civil and political rights enables individuals to hold those in power accountable, even in states where democratic accountability through fair elections is impossible. When ideas and sentiments are expressed collectively in exercise of the right of peaceful assembly, people are enabled to experience that they are not few, but many. This collective experience allows them to overcome fear, and it empowers them to challenge oppressive governments. In the weeks leading up to the Belarusian elections, this is exactly what happened. The fear of the people diminished with every rally Tikhanovskaya held.

Reporting on the exercise of civil and political rights (or the suppression thereof) amplifies their empowering potential. Thus, the HRC acknowledges that “[t]he role of journalists, human rights defenders, election monitors and others involved in monitoring or reporting on assemblies, is of particular importance for the full enjoyment of the right of peaceful assembly, and they are entitled to protection under the Covenant” (GC 37, para. 30). Especially today, when reporting via the internet can create immediate global reactions of empathy, togetherness can be felt beyond borders and further empower those who want to hold their government to account. This explains why for this year’s challenging elections, it was reportedly even more difficult than previously for foreign journalists to get accreditation for Belarus, and why OSCE observers were not invited to monitor the elections. It also explains why since the day of the election, access to the internet has been severely restricted. Such action can be interpreted as a nervous reaction to the empowerment that Tikhanovskaya’s rallies embodied.

Which way forward for the European Union?

The apparent human rights violations in Belarus are indicative of the government’s increasing weakness and the authority’s fear of the empowering potential of civil and political rights. As the last nights have made utterly clear, their nervousness is dangerous. In the face of the most serious challenge to its power yet, the government seems so far set rather on fight than on flight. What does this mean for the international community, in particular for the European Union, Belarus’ immediate neighbour? Calls for sanctions and condemnations of the events in the country have already been voiced. Some even called for investigations of the International Criminal Court, despite the Court’s obvious lack of jurisdiction as Belarus is not a party to the Rome Statute. However important it may be to express contempt of oppression and hold those responsible to account, what is even more important is that the last weeks have emphasized again the empowering potential of civil and political rights. European leaders should be guided by this insight and make supporting the people the maxim of their actions. Measures must not stifle this empowerment; they must bolster it. A strong sign of support was sent by European ambassadors to Belarus when they went to the site where a protester had died and laid down flowers. The European Union will discuss the possible measures at an extraordinary foreign affairs council today, on 14 August 2020. However, the way forward is geopolitically delicate as past sanctions have often led to Belarus’ moving closer to its neighbour on the other side, and Russia has in fact already pushed for closer integration with Belarus – something European leaders should be mindful of.

Prof. Dr. Pierre Thielbörger, M.PP. (Harvard) is professor for German Public Law and Public International Law at Ruhr University Bochum (RUB) and the Executive Director of RUB’s Institute for International Law of Peace and Armed Conflict (IFHV). He is also Co-Convener of the Interest Group on Human Rights of the European Society of International Law. 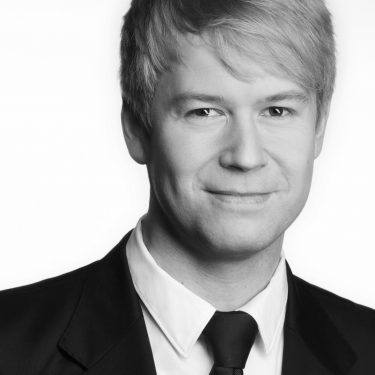