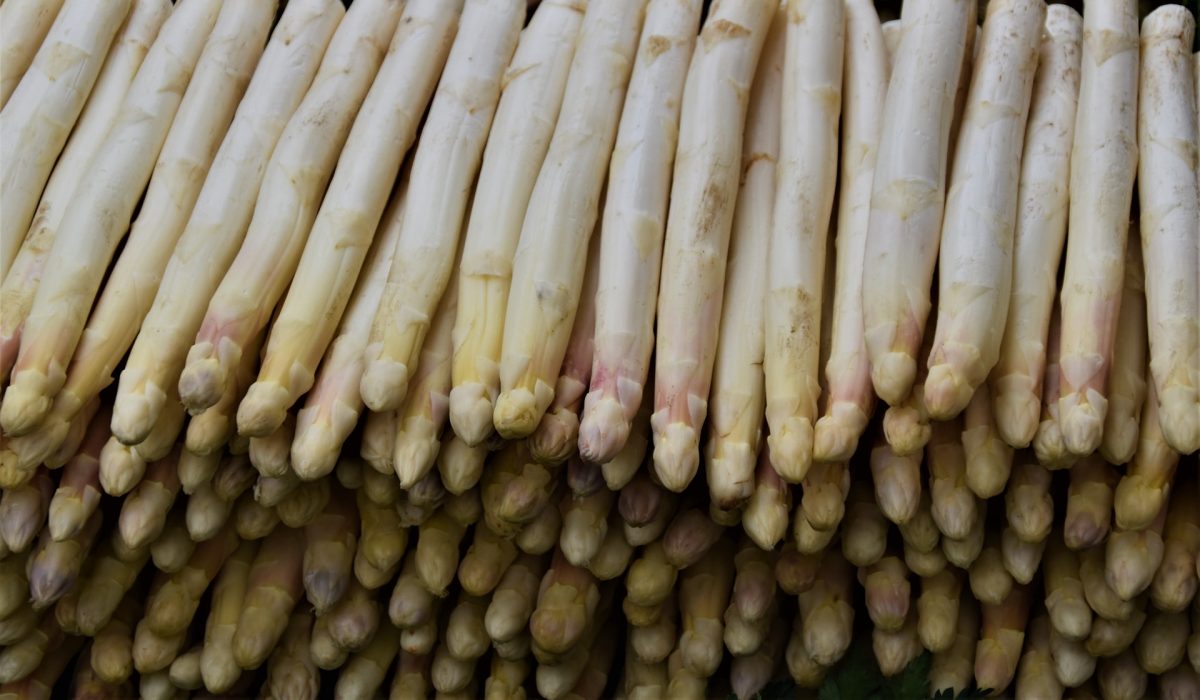 Photo by Waldemar Brandt on Unsplash.

Feasting on the Back of the Harvester

Germany’s 2021 asparagus season has just come to a close. Traditionally, 24 June, the so-called “Spargelsilvester”, marks the end of the jolly “Spargelzeit”. In 2019, Germans ate 1.7 kg of fresh asparagus per capita. Almost one fifth of German agricultural soil used is dedicated to asparagus. However, there is a bleaker side: the situation of migrant workers who make the feast possible through their labour during the asparagus harvest. This post reflects on their situation from an international human rights law perspective. It argues that specialised human rights regimes for the protection of marginalized groups are important as relying on general human rights treaties carries the danger of burying special needs of the few in the discourse about the needs of the many.

The Conditions of Migrant Workers

That the conditions of migrant workers in Germany, or other rich countries for that matter, are dire will probably not surprise anyone. In a 2019 report, the European Union Agency for Fundamental Rights (FRA) noted that 237 interviews with migrant workers in Belgium, France, Germany, Italy, the Netherlands, Poland, Portugal and the United Kingdom painted “a rather bleak picture of exploitation and abuse”. It goes on to describe that “[u]nscrupulous employers use the position of migrant workers to force them to work for endless hours with no or little pay, often in dangerous settings and without the minimum safety equipment required by law”.

This was the situation in Europe before the pandemic, andhings have not become better since. Covid-19 has made marginalized groups even more vulnerable. In early 2020, as the asparagus harvest was threatened by border closures and flight cancellations, migrant workers were flown into Germany. That approach, which found copycats amongst other European countries , was criticised by the opposition as well as commentators and it was not long until a lack of compliance with and enforcement of health and work standards came to light.

Can the Pandemic Spotlight Lead to Change?

Migrant workers in other sectors suffer from bad working conditions while struggling to make a better life, too. For example, in the meat industry, even more scandalous working environments were reported in the context of Covid-19. The sanitary, hygienic and employment conditions in slaughterhouses dominated German headlines in early 2020. Many people were hopeful that the light the Covid-19 pandemic had shone on this situation would lead to migrant workers’ situations’ improving. Today, however, one finds that their situation has not changed much. While some structural problems in the German meat industry have been addressed by a new law, reports by affected workers indicate that it makes a difference “only on paper”. According to them, the conditions are in some regards worse because fewer people conduct the same amount of work and other problems like accommodation are not addressed by the law.

And the situation of harvest hands is as bad as ever. An extensive investigative report by buzzfeed has brought to light grave violations of workers’ rights on a farm of Germany’s largest asparagus producer. The workers are paid cash wages considerably below Germany’s minimum wage, they do not receive copies of their work contracts, are accommodated in apartments that do not meet reasonably expectable standards and Covid measures are not adhered to. Moreover, the conditions under which the workers harvest and process the asparagus are dire and hygienic rules and Covid protocols are often neglected or even ignored.

The International Law on Migrant Workers

These conditions in a country as rich as Germany are particularly frustrating when looking at the immense international efforts to better the situation of migrant workers since the creation of the International Labour Organization (ILO) in 1919. According to its constitution’s preamble, the organization is committed to “protection of the interests of workers when employed in countries other than their own”. Consequently, the ILO has adopted several instruments protecting migrant workers, including two binding conventions: C 97 concerning Migration for Employment and C 143 concerning Migrations in Abusive Conditions and the Promotion of Equality of Opportunity and Treatment of Migrant Workers.

At the UN level, there is the International Convention on the Protection of the Rights of All Migrant Workers and Members of Their Families (Migrant Worker Convention – MWC), adopted by a 1990 UN General Assembly resolution. With 93 articles, the convention is unusually extensive for a human rights treaty, and it covers a broad range of rights. At the regional level there are rules establishing labour standards as well. One of the market freedoms of European Union law, for example, the freedom of movement for workers (art. 45 TFEU), was initially designed to prevent discrimination against migrant workers from within the European Union.

Specialised instruments and rules take up and address the vulnerabilities of migrant workers, who often do not speak the language of the host state, have – if any – limited knowledge of their rights or applicable work standards and no social net to rely on. In times of pandemic-induced quarantines and serious restrictions on migrant workers’ right to freedom of movement, their possibilities to find help are even more limited. Incentivised by the prospect of comparatively high wages, they too often are at the mercy of their employers. Article 21 MWC, for example, stipulates that “[i]t shall be unlawful for anyone, other than a public official duly authorized by law, to confiscate, destroy or attempt to destroy identity documents, documents authorizing entry to or stay, residence or establishment in the national territory or work permits”.

However, not many states ratify these specialised instruments, especially not richer industrialised nations. So, to find legal protection for migrant workers in countries such as Germany one will likely have to turn to international human rights with a general applicability ratione personae. Of course, labour rights such as Article 6 ICESCR which includes the right to “decent work”, i.e. “work that respects the fundamental rights of the human person as well as rights of workers in terms of conditions of work safety and remuneration”, apply to all workers. And even though “nationality” is not listed in Article 2 (2) ICESCR as a prohibited ground of discrimination, nationality may be included in “other status” (here, p. 315). The Human Rights Committee has already done so for Article 26 ICCPR when it found that nationality was not a reasonable and objective ground to deny a migrant worker the capacity to stand for election for a work council. Nevertheless, while one can – and should (!) – use legal pathways via general human rights provisions to provide legal protection for migrant workers, they have two disadvantages both of which result from a lack of focus.

Firstly, protection under general human rights treaties will often be less effective. We have already addressed some of the vulnerabilities of migrant workers. Those cannot be effectively addressed merely by granting migrant workers equal rights. These rights must be coupled with other rights that can alleviate workers’ lack of language skills, understanding for the culture of the host state etc. The MWC with its 93 articles is an apt example. While it is possible for lawyers, state agents and courts to tailor the interpretation and application of a general norm to specific needs, designing a system of norms around those needs is arguably more effective.

Secondly, and perhaps more relevantly, a lack of focus might result in specific needs getting buried in the broader discourse. To illustrate this, the CESCR’s general comment on the right to work includes only one rather short paragraph on migrant workers which does get somewhat lost in the document. In stark contrast, the Committee on Migrant Workers of the MWC has a focussed scope of interest and can therefore be much more invested in one topic. Moreover, as long as standards are not set out explicitly but derived from general rights, different interpretations are probable. Combine that with the weak enforcement mechanisms of international human rights law, and you might even end up with an opportunity for states to bury specific needs of the few in the broader (and certainly important) discourse on the rights of the many.

Luxury on the Back of Vulnerable Persons

The wealth of states like Germany relies, to a certain extent, on the exploitation of workers from poorer jurisdictions hoping to make a decent living abroad. This was recently confirmed by the reactions to a ruling of the German Federal Labour Court. The court had ruled that migrants working as private nurses must be paid the full minimum wage even for  “mere” on-call duty hours. Commentators have labelled the judgment a potential “armageddon” for the German eldercare system insinuating it would collapse now that underpaying foreign workers is not easily possible anymore.

Every year, the asparagus season in Germany sheds light on this relationship of interdependence and, oftentimes, exploitation. For some weeks a year, we get to indulge. Harvesting the object of our craving, however, is physically taxing, and neither do we want to apply ourselves to the task, nor are we willing to pay the extra price we may incur at the supermarket counter if existing standards were adequately enforced. So far, we are willing to accept a system that relies on a lack of enforcement of the legal rules in place to address migrant workers’ vulnerabilities and, thus, thrives on exactly these vulnerabilities. Now would be a good time to re-think this system and to discuss which targeted measures would actually benefit migrant workers instead of referring to standards that apply to everyone, but not everyone alike. Bon appétit!