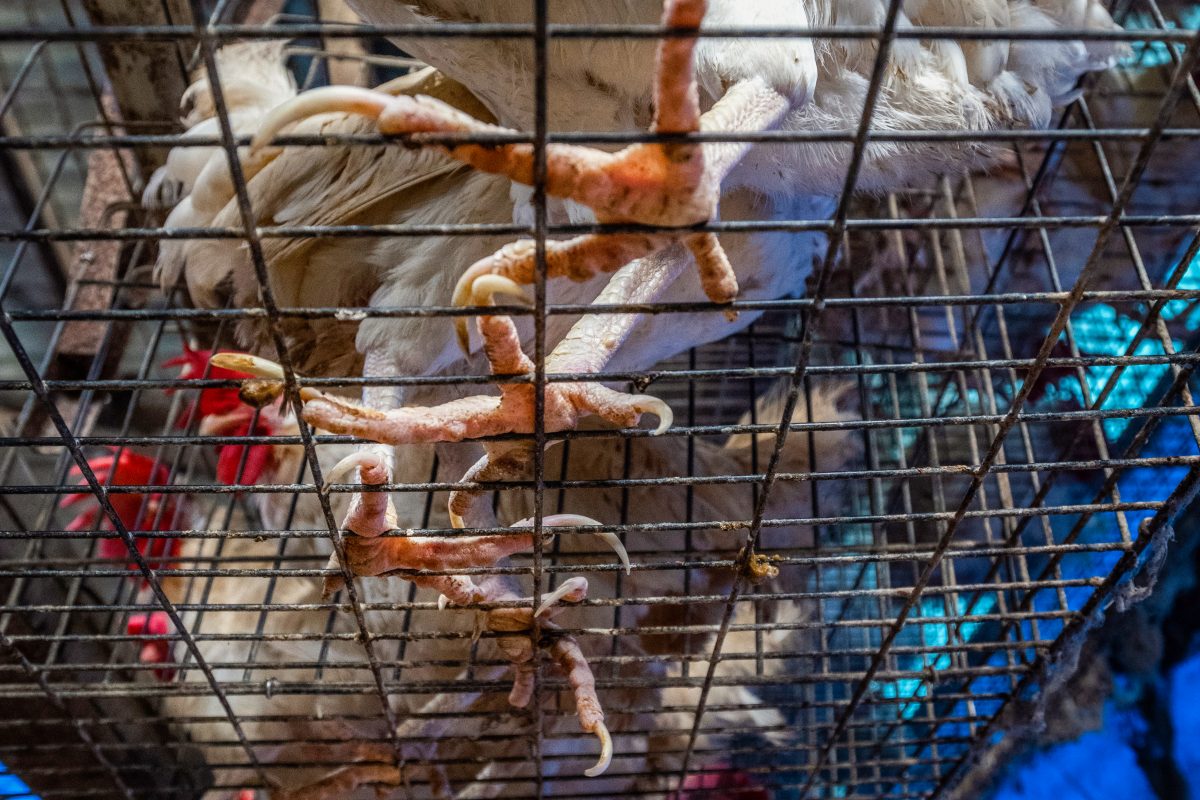 Photo by Jo-Anne McArthur on Unsplash

Can products be banned for animal welfare? Intensive and unsustainable farming disregards animal welfare and represents a critical risk to both animals and humans. This article shows the relevance of animal welfare, animal health, and zoonotic diseases with reference to International Trade Law (ITL), making a serious attempt at establishing that animal husbandry methods fall under ITL. In the end, the article provides recommendations that can help countries abide by their own animal welfare standards and restrict trade while following World Trade Organization (WTO) norms.

Regulating animal husbandry will be crucial in preventing the next pandemic. A United Nations Environment Programme report published in July 2020 set out ways to prevent future pandemics, listing intensive and unsustainable farming as the key factor in the root causes of COVID-19. Before COVID-19, H1N1 had made its way to the world with intensively farmed pigs in North Carolina, giving a major push to animal welfare. ITL contains entry-points for these and similar considerations of animal welfare, as will be shown in the following sections.

In 2008, with US-Tuna II, a case materialized, which concerned the harvesting of Tuna and the harm caused in the process, including the killing of Dolphins. Shortly after, a WTO panel regarded animal welfare as a ‘globally recognized issue’ in EC-Seal Products. These examples show that there is room for animal-protective norms within the framework of trade law.

In contrast, the International Health Regulations, 1969, dealing with sanitary conditions and animal health do not include animal welfare. They only include animal health as a measure for human health. ITL differentiates between ‘Animal Health’ and ‘Animal Welfare’ even though there is a linkage between the two. Put simply, animal health relates to healthy and disease-free meat to serve the purpose of humans. On the other hand, animal welfare means humane production, bearing in mind the welfare of an animal or the way it is farmed (in a painful way or otherwise, addressing the conscientious customers). Additionally, the prevention and control of disease in animal species (Animal Health) contributes significantly to animal welfare. One such instance can be taken from the relationship between the occurrence of zoonotic bacteria in battery cage chickens as opposed to healthy free-range chicken .

Animal welfare measures are not covered by the Sanitary and Phytosanitary Measures (‘SPS’) Agreement or by the Technical Barriers to Trade (‘TBT’) Agreement. Under the SPS Agreement, measures are imposed ‘only to the extent necessary to protect human, animal or plant life or health’. The TBT Agreement applies to regulations governing ‘product characteristics’ or their ‘related processes’ or ‘production methods’.

A measure for animal welfare can fall within the scope of both agreements, i.e. GATT and TBT. The AB has enunciated that the TBT Agreement establishes a ‘specialized legal regime’, which is ‘different from, and additional to’ the GATT. Articles I and III GATT involve rules prohibiting differences in treatment between ‘like’ products in order to prevent distortions in competition between otherwise competitive goods. With this, the first question is whether animal welfare or animal husbandry techniques can cross the barrier of ‘likeness’ and become a valid technical regulation based on Process and Production Methods (PPM) under the TBT Agreement.

To understand the relation between ‘PPM’ and ‘Likeness’ of a product, an important question concerning environmental measures is whether products may be treated differently because of how they have been produced.This question is particularly pertinent if the production method used does not leave a trace in the final product, i.e. if the physical characteristics of the final product remain identical.

The AB in European Communities (EC)-Asbestos found that the determination of ‘likeness’ is fundamentally a determination about the nature and extent of a competitive relationship among products. The AB also highlighted that ‘likeness’ denotes an area involving ‘an unavoidable element of discretionary judgment’ and the properties, quality, nature of the products, their end-uses, consumers’ tastes and preferences are all considered. How products are produced may have an impact on consumer preferences and also on the competitive relationship between the products. Additionally, according to the AB, ‘likeness’ also depends on the risk that the two products in question pose to public health. This sets a precedent for the inclusion of the best practices of animal husbandry as a criterion for differing in likeness, as better animal husbandry practices come with the least risk to public health.

Moreover, the dispute in US Shrimp provides an interesting example of justifiable discrimination between products based on PPMs. The dispute concerned the manner in which fishermen harvested shrimp, which caused harm to the turtles. According to the AB, the different techniques used by various countries while harvesting shrimp formed part of the PPM.

The panel in Italian Discrimination against Imported Agricultural Machinery deliberated upon the ‘discriminatory treatment’ for the majority of regulations based on ‘likeness’ and emphasized on the intention of the Article III, paragraph 4 drafters to cover laws which might adversely modify the conditions of competition between domestic& imported goods within the internal market. This greatly supports the domestic market with higher animal welfare standards than the foreign market, which could serve as a solution and escape for regulation under the TBT Agreement.

With the growing concern for animal welfare globally and the particularly confusing regime after EC-Seal, it becomes pertinent to analyze Article XX GATT.

Article XX (a) and Animal Welfare

In EC-Seal, the AB upheld the Panel’s decision, stating that a WTO Member may be justified under Article XX (a) in imposing ‘animal welfare-related trade restrictions’ to protect public morals. The AB also seasoned a higher threshold in Shrimp Turtle, wherein a party bringing a case on the surging public concern for moral issues under Article XX (a) will also have to vitrine the measure being aimed at protecting ‘morals’, rather than just the protection of ‘animals’. An illustration would be that it won’t be considered legitimate enough in restricting trade to protect seals hunted in another member’s territory but it will be legitimate to protect the moral concerns of the public into which seal products have been imported.

It is not necessary to show that there is an international agreement on the animal welfare issue concerned since Article XX (a) is manifestly aimed at providing scope to countries in determining moral standards at the national level. This is in harmony with the Panel’s approach in the US Gambling Case where it held that members should be given flexibility in defining the concepts of ‘public morals’ and ‘public order’ for themselves. The AB also ruled in US-Gasoline that the WTO Agreements should not be interpreted in clinical isolation from public international law and that the interpretation of the scope of Article XX(a) is an area where other rules of international law are relevant. Such arguments are consistent with the principles of international environmental law as laid down in the Convention on Biological Diversity as well as with the first recital to the preamble to the WTO Agreement, which refers to sustainable development and ‘optimal use of the world’s resources’.

In Beef Hormones, the EU made use of the precautionary principle under Article XX (b), because it considered the available scientific evidence to be inconclusive. The AB ruled that ‘Temporary’ restrictions are permitted on health grounds in the absence of sufficient scientific evidence and/or consensus under the SPS Agreement. The same reasoning has been followed by the WTO in EC Hormones, concerning the use in livestock farming of certain substances having a hormonal reaction. This calls for a more urgent and temporary regulation, with far-reaching implications on animal welfare, but has no advantage in the long run or improving animal welfare globally.

The  EU regulation on illegal, unreported and unregulated (IUU) fishing has demonstrated that it can embrace a more grounded way to deal with safeguarding nature. The guideline set up what is ordinarily called the ‘carding system’, whereby the EU can caution a nation that its fisheries do not regard the established criteria (or award the nation a ‘yellow card’) and even rundown that nation as uncooperative (or award him a ‘red card’), which consequently suggests its fishery products will be restricted from the EU market.

High-income countries that are already following high welfare methods would equally expect high welfare methods from the imported product to protect public morals as well as domestic producers. Developing country producers may feel that restrictions on production methods are inappropriate or unaffordable in their circumstances. These issues are to be expected in WTO negotiations in the near future, as global livestock production is intensified and pandemics like COVID-19 are likely to happen again. 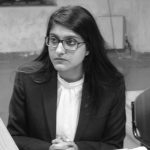 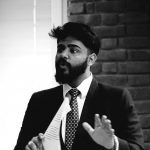 Tushar Behl is a research associate at the Supreme Court of India.