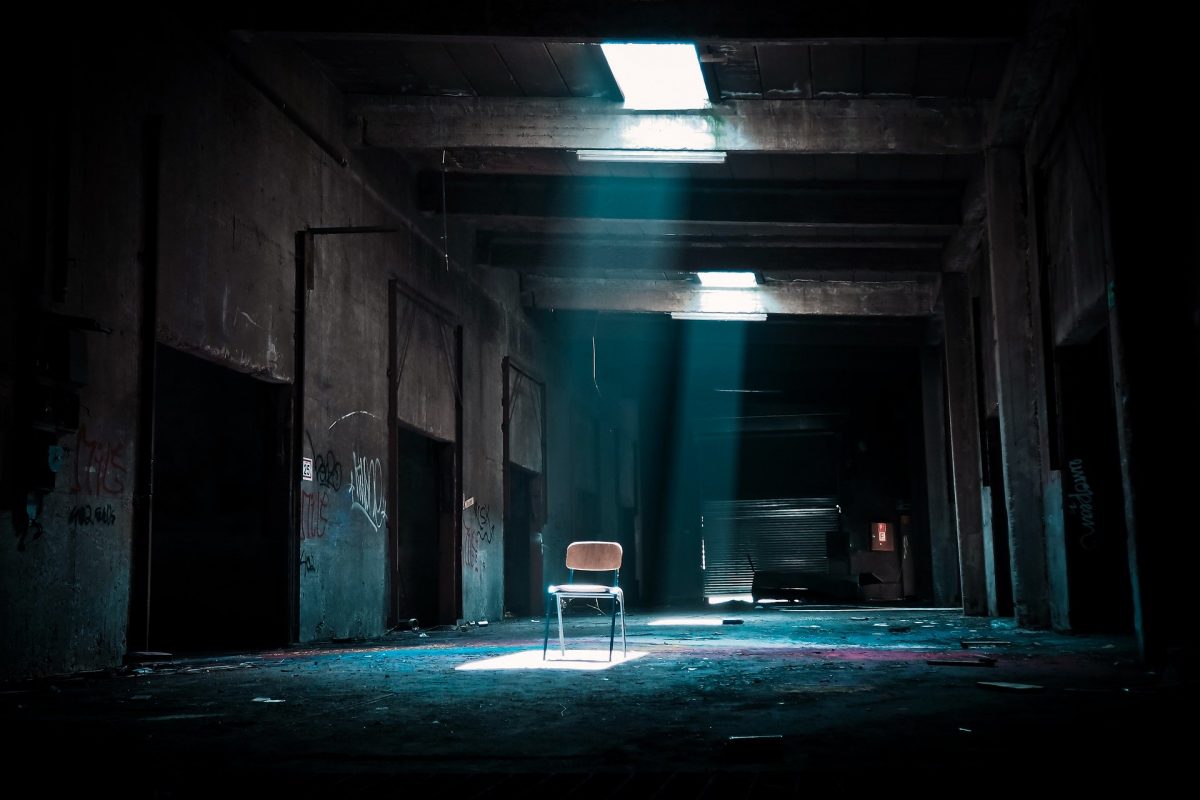 Photo by Michael Gaida on Pixabay

Enforced disappearances in Turkey: an old habit or a new trend?

Turkey has a long history of state-sponsored abductions and enforced disappearances, particularly in the 1980s and 1990s. At the beginning of this century, this grim trend seemed to be running on its last legs. The Turkish accession negotiations with the European Union, which required a better human rights track record, seemed to lead to a drastic reduction of the number of disappearances. Between 2002 and 2015 only one case of enforced disappearance was transmitted to the UN Working Group on Enforced or Involuntary Disappearances (’the UN Working Group‘), compared to 214 registered cases in 1980-1990 (UN Working Group, 2020 Annual Report, p. 48).

However, this positive tendency seems to have been completely reversed since an attempted coup d’état to overthrow the Turkish government was reported to have taken place on 15 July 2016, for which the government blames the Gülen movement. Since then, a total of 14 new cases of state-sponsored abductions were transmitted to the UN Working Group (UN Working Group, 2020 Annual Report, p. 48). From experience, it is to expect that this number underrepresents the actual numbers of individuals who have been abducted in Turkey, since generally only very few cases are effectively transmitted to the United Nations.

Under international human rights law, “enforced disappearance” is understood as the (1) deprivation of liberty with (2) some form of involvement of the State with (3) a subsequent concealment of the fate of the concerned person, as reflected in article 2 International Convention for the Protection of All Persons from Enforced Disappearance (ICPPED).

While Turkey is not party to the ICPPED, it is bound by the prohibition of enforced disappearances derived from the rights provided under other international human rights treaties, such as under the European Convention for Human Rights (e. g. 2009 Varnava et al v Turkey) or the International Covenant on Civil and Political Rights (e. g. in 2019 Kandel v Nepal).

Nowadays, the phenomenon of enforced disappearances within Turkey seems to have resumed in an almost identical manner to the 1990s. Turkish people often bitterly note that only the color of the vans used to carry out the abductions has changed: in the 1990s the authorities used white Taurus vans, nowadays this changed to black VW Transporter vans.

The disappearances that have taken place in the last few years in Turkey are very similar to each other in terms of circumstances and context. All persons who have been disappeared are persons that are not in line with the current regime – members of opposition parties and mostly (alleged) members of the Gülen movement. They are generally kidnapped in a very visible way – often in broad daylight or crowded places. There is extensive evidence that abductors are linked to the Turkish police forces and secret services, suggesting the involvement of the State in the sense of the definition of enforced disappearances: CCTV footage and eyewitnesses confirm that the abductors wore State uniforms or badges (see cases of Özgür Kaya or Gökhan Türkmen) and the abductors did not hesitate to either present themselves as police officers or behaved as such (see cases of Özgür Kaya, Önder Asan or Fahri Mert). Testimonies of abductees who have resurfaced have confirmed this finding (see statements of Mesut Geçer, Mustafa Gültekin or Cemil Koçak). In May 2020, the involvement of the Turkish State in these internal abductions was confirmed in a video interview given by Mustafa Yeneroğlu, member of Turkish parliament and former chair of the parliament’s Committee on Human Rights Inquiry.

In most documented cases, the kidnapped persons disappear for a long period of time after the moment of their abduction. The people who eventually resurface tend to have disappeared for periods ranging from one month up to two years. In some cases, however, the victims remain missing even after years (see the disappearance of Sunay Elmas, Ayhan Oran, Turgut Çapan, Mustafa Özben, Fatih Kılıç, Murat Okumuş, Hıdır Çelik, Fahri Mert, Hasan Kala and Yusuf Bilge Tunç). During their period of disappearance, abductees are reportedly often tortured and ill-treated in order for them to either incriminate themselves or to make incriminating statements about others, often regarding high-profile cases against the Gülen movement (for examples see Heymans, 2020 Turkey Tribunal Report “Abductions in Turkey Today”, pp. 15-16).

In all cases where abductees reappeared, they have resurfaced in local police stations or at the Anti-Terrorism Department in Ankara (for a summary of testimonies see Heymans, 2020 Turkey Tribunal Report “Abductions in Turkey Today”, p. 15). The authorities have either provided an unconvincing explanation as to how the missing person ended up there, or no explanation at all. Reappearance, however, does not end the suffering of the victims. When the abductees reappear – and thus, strictly speaking, the situation of enforced disappearance has ended – they remain in detention. This ensuing situation constitutes an arbitrary deprivation of liberty in which their contacts with an independent lawyer and their relatives continue to be severely restricted.

The appearance of a new disturbing trend: international abductions

Furthermore, a new trend seems to be on the rise in Turkey over the last few years: the so-called ‘extraterritorial abductions’ resulting in enforced disappearances. This phenomenon refers to abductions or extraditions of Turkish citizens abroad in order to bring them back to their homeland followed by an unacknowledged detention.

At first sight, it might look at odds with the traditional conception of enforced disappearances. While States generally tend to deny any involvement in such crimes, Turkey publicly and proudly stresses the fact that it has managed to locate Turkish nationals abroad and bring them back to their homeland (see statements of Turkish Foreign Minister Mevlüt Çavuşoğlu, Deputy Foreign Minister Yavuz Selim Kiran or presidential spokesperson Ibrahim Kalin).

This worrying trend was not only noted by the UN Working Group (2020 Annual Report, para. 46) but also lead recently – on 5 May 2020 – to a letter addressed to the Turkish government. Therein, the UN Working Group and three other UN Special Rapporteurs concluded: “Turkish authorities have not only acknowledged direct responsibility in perpetrating or abetting abductions and illegal transfers, but have also vowed to run more covert operations in the future”.

Furthermore, the Committee on Enforced Disappearances (CED) reported that it had received requests for urgent actions regarding four Turkish nationals who had been subject to enforced disappearance following their extradition from Cambodia, Iraq and Kazakhstan (CED 2020 Report on Urgent Actions, para. 16)

The Turkish situation confronts human rights activists, lawyers, and relatives of disappeared individuals with various obstacles when they try to address the enforced disappearances.

First, they encounter difficulties at the domestic level when they file complaints to the Turkish authorities and insist on Turkey’s obligation to conduct an effective investigation. Despite the numerous complaints that the relatives of the abductees consistently file, the authorities refuse to carry out even the most obvious investigative acts – let alone without delay (Ankara Bar Association Human Rights Center, 2019 Joint Monitoring Report, pp. 15-16). This in sharp contrast with Turkey’s international positive obligations in this regard. Requests by family members to examine camera footage of the abduction, to trace the last telephone signals of the abductees or to inquire about the license plates of the vehicles involved in the abductions, are either generally rejected or simply ignored. In the rare event that such requests are granted by the prosecutor, they are never executed by the police (see cases of Özgür Kaya, Yasin Ugan and Hüseyin Kötüce). Similarly, when relatives have managed to gather relevant evidence themselves, the authorities ignore or refuse their request to add this information to the file.

Second, judicial protection of abductees or their relatives is far from self-evident, also at the international level. Especially in the international abduction cases, many individuals prefer to apply directly to international bodies and courts, such as the UN Working Group, the UN Human Rights Committee and the European Court of Human Rights. While these institutions – particularly the UN Working Group and the UN Human Rights Committee – have set important precedents to protect the interests of recently disappeared persons in Turkey, the effectiveness of such proceedings is hampered by a broad variety of issues. For instance, issues of sovereignty and jurisdiction often arise in cross-border abduction cases. Such abductions frequently take place on the territory of (and often with the active cooperation or passive support of) host states which are not bound by the jurisdiction of, for instance, the UN Human Rights Committee or the European Court of Human Rights (for concrete examples see Heymans, 2020 Turkey Tribunal Report “Abductions in Turkey Today”, annex 3).

As a result, many victims (including family members) are left with the feeling of not being heard by the international community. For this reason, an opinions tribunal called the Turkey Tribunal has been created in 2020. This Turkey Tribunal, which has no legally binding power but holds high moral authority due its judges, similar to the International Monsanto Tribunal or the ongoing Uyghur Tribunal, will take place in May 2021. The purpose is to put the issue of enforced disappearances high on the international agenda, to create more awareness among the Turkish population and to provide a platform for victims and their relatives to voice their concerns. For them to be heard and to be visible could be an important step ending enforced disappearance.

This topic has also been discussed in this seminar.

Johan Heymans is the rapporteur for the Turkey Tribunal on enforced disappearances. He is also a partner at the law firm Van Steenbrugge Advocaten specialized in human rights litigation, an assistant at the University of Antwerp in criminal procedure and actively involved with numerous human rights NGOs such as Fair Trials and the Belgian Human Rights League.