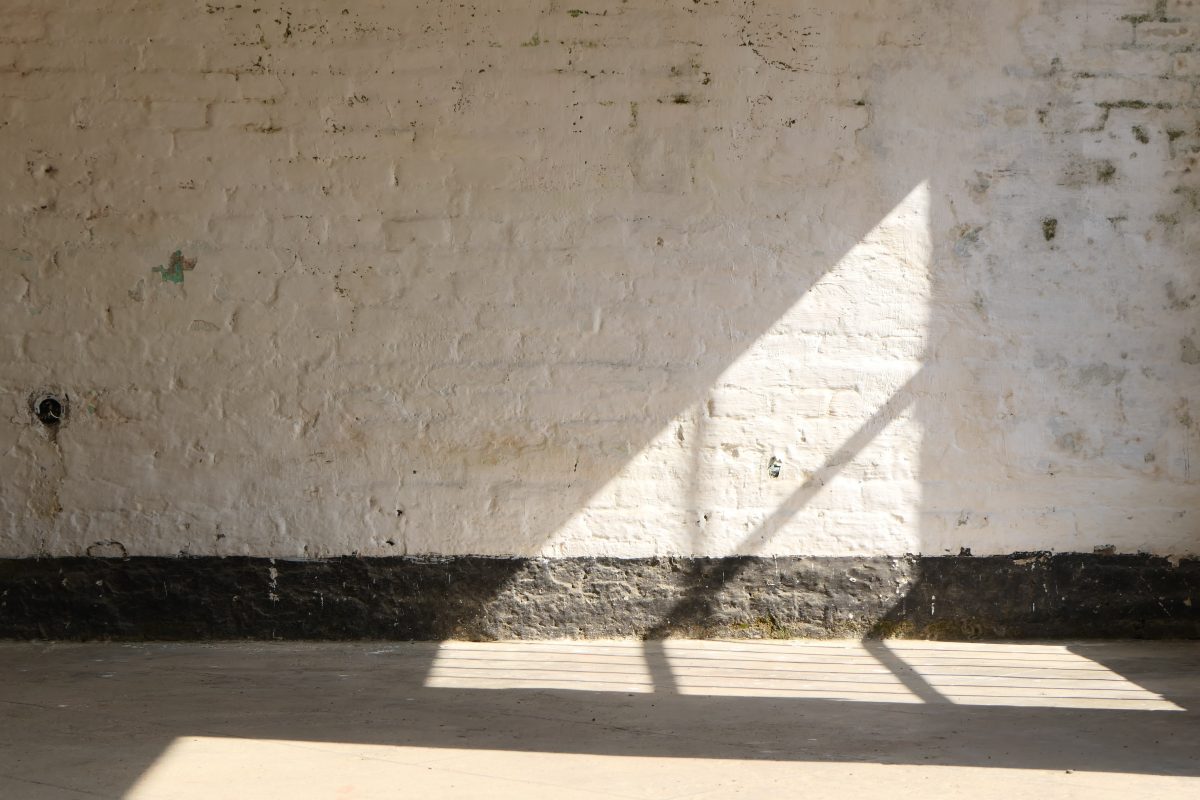 Photo by Utsman Media on Unsplash

Devious Use of International Organizations to Persecute Dissidents Abroad: The Erdogan Case

Authoritarian governments are exerting their influence on interstate political bodies to persecute political opponents at home and abroad. This results in practices that undermine the rights of individuals to a fair trial, the right to be heard, and the right to judicial review.

In 2018, the Pakistani Supreme Court declared a group running secular educational institutions in Pakistan a terrorist organization. This group is affiliated with the Gülen Group, a social and religious movement which has incrementally gone critical to the Erdogan government and thus been pronounced ‘a terrorist organization’ by the latter. The Pakistani Supreme Court ordered the group to hand over the educational institutions to the Maarif Foundation, an apparatus of the Erdogan government, purportedly responsible for providing Turkish-style education around the world. Earlier this year, the government of Pakistan handed over confidential information to Turkey about Turkish individuals who are linked to that group and had sought protection status with the UNHCR in Islamabad, which is in line with the Supreme Court’s ruling but in flagrant violation of the UN Convention Relating to the Status of Refugees.

The Pakistani Supreme Court’s ruling is worthy of attention, because it shows that the Erdogan government’s relentless efforts to get international bodies to recognize the Gülen Group as a terrorist organization have paid off. An authoritarian government was able to dictate its perception of threat, and the designations which follow that perception on a foreign country using international and regional organizations. The Supreme Court did not make an inquiry into the group under scrutiny or into the acts of its members. It simply relied on the resolutions adopted by the Organization of Islamic Cooperation (OIC), the Gulf Cooperation Council (GCC), and the Asian Parliamentary Assembly (APA).

Jurisprudence of the European Court of Justice on ‘terrorist’ designation

The question of under which circumstances it is (il)legal for an international organization to identify person or an entity as ‘terrorist’ is hardly a new subject in international law. One of the most visible cases of the European Court of Justice, the Kadi case, revolves around this subject and comes up with a clear framework of analysis, which we can apply to the issue in question.

In the UN Security Council (UNSC), Mr. Kadi was identified as a possible supporter of Al-Qaida and thereby subjected to a number of sanctions, particularly an assets freeze. Mr. Kadi challenged the legality of this resolution before the European Court of Justice. Debates over the competence of the European Court to review a UNSC measure aside, the Court examined the UNSC’s compliance with the fundamental guarantees of judicial protection and found that Mr. Kadi’s inclusion in the list of individuals subject to the sanctions infringed those guarantees.

The Court established that Mr. Kadi had not been informed of the grounds for his inclusion in the so-called ‘terrorists’ list and, therefore, concluded that his right to be heard, his right to effective judicial review, and his right to property had been violated.

In 2008, the UNSC has begun to publish, along with the list, a reasoning that summarizes the main grounds for an inclusion in the list. Mr. Kadi was given the opportunity to inform himself of the main grounds for his inclusion in the list and comment on those grounds before the Sanctions Committee of the UNSC. Even this step has not satisfied the European Court, finding this mechanism ‘formalistic and superficial’.

Returning to the designation of the Gülen Group as a terrorist entity by the OIC, GCC and APA, the Pakistani Supreme Court was granted a vital opportunity to promote the right to a fair trial. However, it has failed to uphold the basic guarantees of judicial protection, which are envisaged, amongst others, in the GCC Human Rights Declaration and the OIC Cairo Declaration on Human Rights. In the resolutions of the OIC, GCC and APA, neither representatives of the Group nor its followers had been informed of any reasons as to why they were declared terrorists. They were not offered any procedures or mechanisms through which they could challenge the allegations vehemently voiced by the Erdogan government. As a natural extension of these notable deficits, they were not able to seek judicial review of such a designation and access the evidence, if any, against them.

Taking into account the framework developed in the Kadi case, the resolutions of OIC, GCC and APA designating the Group as a terrorist entity infringed the affected individuals’ right to a fair trial, as well as their right to be heard and right to effective judicial review.

It is worthwhile to note that Mr. Gülen, a self-exiled Turkish cleric who leads the Group, called for an international investigation into the matter, which, if materialized, could have been functioned as a quasi-judicial mechanism and secured the aforementioned guarantees of judicial protection. Both the Erdogan government and other likeminded states have ignored Mr. Gülen’s calls for an objective and transparent investigation.

As is typically the case for international/regional organizations, OIC, GCC and APA are platforms where the participant states represent their respective national interests and try to enhance their respective diplomatic gains.

It appears that the resolutions of OIC, GCC and APA on the Gülen Group are not exempt from this truism. In the face of President Erdogan, who is committed to use every chance he gets to hurt the Gülen Group, other member states, for sake of their diplomatic or financial gains, might have been prone to approve whatever text being put in front of themselves. Given the human rights records of the member states, this would not be a deduction devoid of any basis.

Additionally, the Pakistani Supreme Court has failed to appreciate the non-binding character of the resolutions.  Both the founding charters of the respective organizations and the resolutions adopted regarding the Gülen Group contain phrases such as “wishes”, “may” or “declare”, which are peculiar to non-binding instruments, in contrast to terms such as “require”, “shall”, or “undertake”. For instance, the executive parts of the resolution adopted by the OIC are as follows:

“Declares its full solidarity with the Government and people of Turkey in its fight against Fetullah Terrorist Organization to ensure democracy, justice, security and unity (…).”

Likewise, the excerpt from the resolution of APA referring to the Gülen Group reads:

“Declare its full solidarity with the people and democratically elected government of Turkey in its fight against the Fetullah Gülen Terrorist Organization in order to uphold democracy, justice, security and stability in the country (…)”.

The preference of the phrases in the text, which are typically reserved for non-binding instruments, suggests that the resolution places no legally binding obligation on the signatories. One of the reasoning of the Pakistani Supreme Court is, Pakistan being a member of the OIC is a signatory of the resolution and is therefore bound by it. In light of the aforesaid, this assessment is erroneous.

Repudiation of the resolutions for the sake of long-term interests

Most states have their own national threats, either perceived or real. That of the Erdogan government is inter alia the Gülen Group for the time being due to its convenience to being a scapegoat for anything bad occurring in Turkey, from the Turkish Lira’s depreciation to earthquakes which stroke various Turkish cities.

However, it is still possible for the domestic judiciary of the signatory states to right the wrongs of the executives. Overlooking the human rights ramifications, the respective governments might have put their signatures on the resolutions. As the language of the texts suggests, those resolutions do not impose any legal obligations upon the states. Additionally, if the courts, in any case, feel obliged to follow any of the GCC or OIC instruments, it should be the GCC Human Rights Declaration or the OIC Cairo Declaration on Human Rights whose basic principles stand in contrast with the very essence of the resolutions in question.

The signatory states and their courts need to decide where their loyalty lies: With the authoritarian Erdogan government or with the human rights and judicial guarantees solemnly enshrined in their respective constitutions? 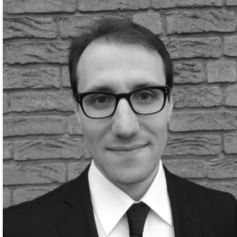 Yasir Gökçe is currently a Ph.D. Candidate in the Bucerius Law School in Hamburg. He served as an In-house Legal Counsel in the International Law Department of the Ministry of Foreign Affairs of Turkey for several years and before worked as an attorney by practice in Turkey. He obtained an MPA degree from Harvard University, an LLM degree from Ankara University and LLB degree from Bilkent University. He may be contacted at: gokceyasir@gmail.com  / yasir_gokce@hks16.harvard.edu.