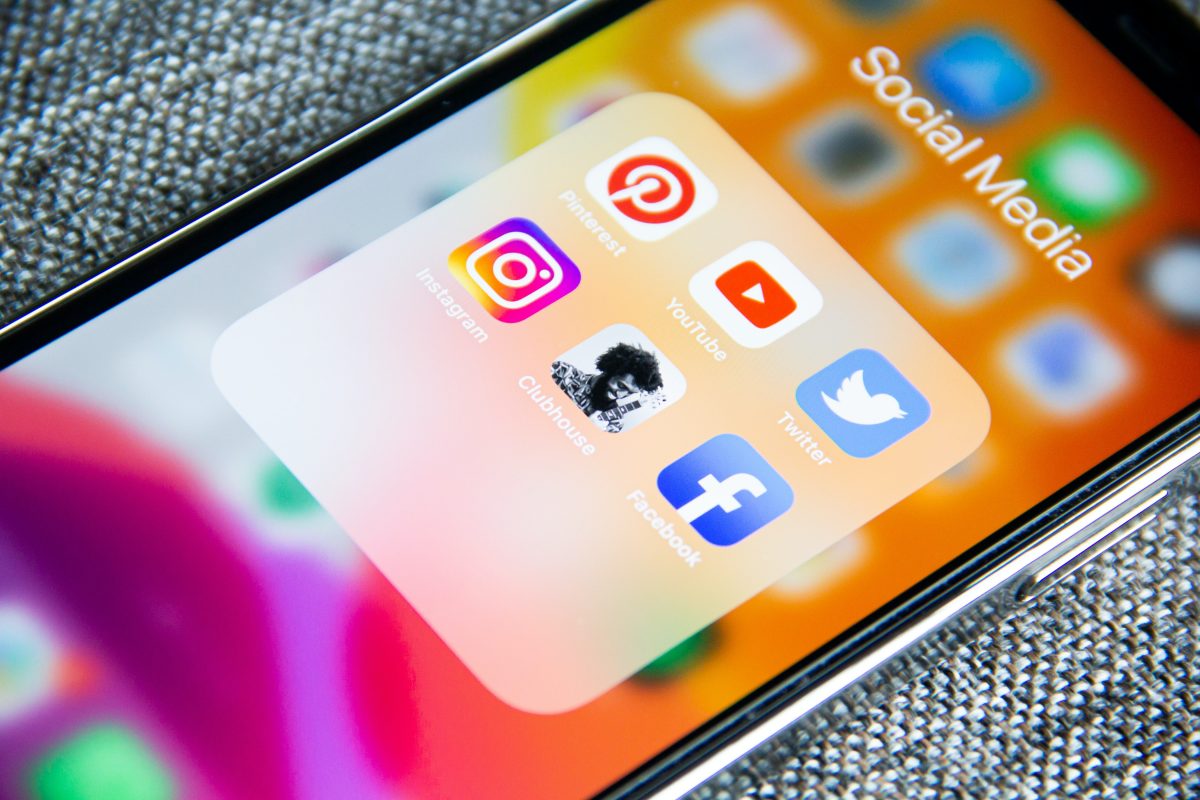 Photo by Adem AY on Unsplash.

Recently, in Sanchez v France, the European Court of Human Rights (the Court) swung the door towards social media users’ liability wide open, allowing not only politicians, as in the case at hand, but also other social media users to be held criminally liable for third parties’ hate speech comments. Although Sanchez v France is only a Chamber judgment, its impact on the use of social media as a platform to express and share opinions could be enormous. As such, a rectification – or at least clarification – by the Grand Chamber (GC) is desirable.

Julien Sanchez actively used Facebook both as mayor of Beaucaire and as a candidate for Front National (now named Rassemblement National) in the run-up to the French Parliamentary elections. On 24 October 2011, Sanchez posted a sneering comment directed at his political opponent in Nîmes, which eventually attracted comments amounting to hate speech against Muslims living in Nîmes. The Court of Appeal upheld the judgment of the Criminal Court on the matter, which held Mr. Sanchez criminally liable for unlawful comments posted by the followers of his page. In last instance, the Court of Cassation dismissed the cassation complaint of Mr. Sanchez. Remarkably, perhaps, the Fifth Section of the ECtHR concluded that his criminal conviction did not violate Art. 10 ECHR, with only one dissenting judge.

The Court maintained its line that clearly unlawful hate speech comments set the limit when it comes to freedom of expression online. In its proportionality test, the Court applied the criteria it had established in Delfi AS v Estonia and further developed in MTE and Index v Hungary, to assess whether the national courts relied on relevant and sufficient reasons justifying the interference with Art. 10 ECHR. Yet at the same time, the Court departed from the distinction it had introduced in Delfi AS, between commercial internet news portals on the one, and social media platforms or private persons running a website or blog as a hobby on the other hand. There, the GC stated that a large commercial internet news portal can be held liable for hate speech comments when it invites users to comment (§§ 115, 162). In the case at hand, however, Mr. Sanchez acted neither for commercial purposes nor in journalistic capacity, but as a public user of a social media platform. Thus, the Court quietly extended its approach of platform intermediary liability to include the platform’s users. It is not a stretch to follow dissenting Judge Mourou-Vikström and argue that at least an explanation for this deviation could have been expected.

Furthermore, in its 2020 Jezior v Poland judgment, the Court affirmed that holding a politician liable for third-parties’ defamatory comments on his blog violates Art. 10 ECHR. Notably, in Jezior, the Court applied the Delfi AS criteria. Therefore, it seems that the Court disapplied the criteria in the light of a hate speech case; the destructive power of hate speech rendered the criteria pale. Consequently, the appearance of hate speech might be crucial to justify extending liability rules for third-parties’ comments to include social media users themselves. Evidently, it appears necessary for the GC to explain the differences in approaches between Jezior and Sanchez. It must clarify whether Delfi AS was an exceptionally narrow decision based on exceptional circumstances, or whether it was the door-opener for wider liability, which would cover individual users for other users’ comments.

To Know, or Not to Know: That is the Question

Important when comparing Sanchez and Delfi AS is the question whether knowledge of the comments is prerequisite for liability. The comments were online for almost six weeks, but the Court did not consider whether Mr. Sanchez had knowledge of them – even it is likely that he had. If the case was in line with Delfi AS, the obligation to remove hate speech promptly would apply, even without prior knowledge, and would be extended to politicians on their Facebook wall. If, alternatively, the obligation to remove hate speech comments promptly existed for politicians only after gaining knowledge of the comments, this second reading would mitigate the strict Delfi AS-approach (see Sanchez § 100). However, the Court’s comparison to Delfi AS and Pihl v Sweden, in which the unlawful content remained online for six weeks and nine days respectively (Sanchez § 97), and in both of which knowledge was not a decisive factor, may give weight to the first reading.

Although both readings seem possible, they lead to fundamentally different human rights implications. The first is more problematic, as it would force politicians to monitor all content posted by third parties on their pages pre-emptively, obliging them to use human resources or automatic filtering. Such measures could dissuade users from posting a comment publicly in the first place, if politicians did not close their comment sections altogether. Both possible outcomes lead to a significant chilling effect on freedom of expression (see Joint Dissenting Opinion of Judges Sajó and Tsotsoria (§ 1), here and here). The second reading would be in line with the EU’s current safe harbour regime for hosting providers under the E-Commerce Directive, which requires actual knowledge for liability. Even though criticised in the context of social media platforms, it provides reasonable requirements for liability rules for individuals as the exemption of liability and the actual knowledge requirement would strike an appropriate balance between human rights.

Therefore, as deciding between both readings has significant legal consequences, the GC should clarify the Court’s prerequisites for liability.

The chilling effect would worsen when a state imposes criminal liability for third-parties’ comments. In many countries, criminal liability presupposes intent (see here and Dissenting Opinion of Judge Mourou-Vikström), which would imply knowledge of the comments. Although the knowledge question is not decided on in the case at hand, the Court does not explicitly exclude criminal liability without intent. Such an approach may lead instances of online abuse, such as, for example, political opponents using fake accounts to post comments at scale could easily provoke the Facebook page owner’s criminal liability. Commercial platforms, such as Facebook, might have the economic, technical and professional resources to review possible unlawful comments, but most politicians do not.

Additionally, the GC ought to clarify the possible scope of Sanchez as the chamber conferred additional duties (compared to the Jezior judgment) onto politicians in the exercise of their freedom of expression: to defend democracy (§ 89) and fight against hate speech (§ 87). Although the comments were made in a political context, and states thus have little scope for restrictions under Art. 10 § 2 ECHR (§ 83), the Court found that criminal liability was proportionate. In fact, in this case, the political context of the comments was a decisive reason to even confer additional duties. The limited reasoning becomes even more alarming if we consider the vague notion of “political context”, which could arguably even apply to non-politicians, like influential private persons (“influencers”) on social media, who may create content within a political context. For example, the ‘Destruction of…”-videos of the German YouTuber Rezo attracted millions of views and over 130,000 comments before the German (Federal) Parliamentary elections in 2021.

The comparison of both groups follows the maxim that with great power (over political discussions) comes great responsibility. This pairing is recognised by the Court regarding political expressions of politicians (see Erbakan v Turkey §§ 55, 65), whereas the Court already recognises that “bloggers and popular users of […] social media” perform a watchdog function under Art. 10 ECHR in Magyar Helsinki Bizottság v Hungary (GC) (§ 168). Imposing similar duties and responsibilities on them could be the next consequential step. However, could we reasonably expect to monitor 130,000 comments from Rezo? In the present judgment, the Chamber neglected to pounder on the practicality and feasibility of the duties it appears to impose.

The door towards liability for third parties’ hate speech comments has been opened more widely, leaving room for harmful implications and negative effects on freedom of expression. Julien Sanchez has announced he would ask for a referral to the Grand Chamber. If the GC accepts, its task must be mitigating the possible effects and clarifying the Court’s approach to liability for third parties’ hate speech.

Additionally, the GC might clarify how the Court’s approach is compatible with the EU internet intermediaries liability regime and the proposal of the European Commission. In contrast to the DSA, the Court confirms “sans aucun doute” (“without any doubt”) a shared responsibility between social networks and its users regarding unlawful comments (§ 98), thus splitting obligations. As this solution seems to be Solomonic wisdom, it does not answer how the responsibilities are shared. But imposing criminal liability on the users, seems as an unfair distribution (especially when the authors are identified as in Sanchez). 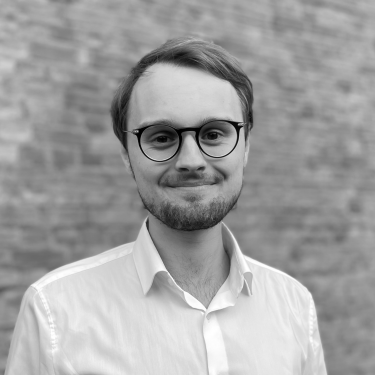 Frederic Kupsch is research assistant and doctoral candidate at the Academy for European Human Rights Protection at the University of Cologne.