It seems that US-President Donald Trump has won a powerful supporter for his onslaught on international law and international institutions: Supreme Court Judge nominee Brett Kavanaugh. The nomination of judge Brett Kavanaugh by Donald Trump as successor for the departing judge Kennedy has understandingly only received mediocre attention in European media and within the public law community whereas this issue seems to prevail debates in recent weeks amongst US scholars and large parts of the civil society alike. Kavanaugh’s nomination to the Supreme Court of the United States (SCOTUS) is highly controversial and his hearing before the Senate Judiciary Committee was accompanied by heavy protests. The Judiciary Committee conducts hearings and votes on whether the nomination should go with a positive, negative or neutral report to the full Senate which then confirms or rejects a nominee. These recent protests resonated with an audience even outside the USA as they once again are proof for the ongoing resistance against the Trump administration. What may however be underestimated in this regard is that the actual election of Kavanaugh – which seems nearly certain – may also affect public international law and ultimately even our domestic law.

How could a SCOTUS-judge election possibly have such large-scale international effects as the Court only has jurisdiction over suits between two or more US states, cases involving ambassadors, the power of judicial review, ultimate appellate jurisdiction over federal court and state court cases that involve a point of constitutional or statutory law?

Brett Kavanaugh who is currently serving as a judge for the Federal Court of Appeals for the District of Columbia Circuit and who has worked as White House Staff Secretary during the George W. Bush-era has had sufficient possibilities to proof his affiliation with the conservative bloc. To give an example, Kavanaugh dissented on a majority Federal Court of Appeals opinion to grant a 17-year old girl without legal status in the USA who was held in an immigration detention center an abortion without delay.

In several cases dealing with the treatment of alleged terrorism detainees, his stance on humanitarian law and the relationship between domestic and international law serve as a foreshadowing of what his future positions may look like.  In the Al-Adahi v. Obama case of 2010 in which several Guantanamo detainees filed a habeas corpus petition against their detainment, judge Kavanaugh made clear that in his opinion, the president has unilateral authority under the Constitution’s commander-in-chief clause to hold Guantanamo detainees indefinitely “without congressional authorization” and thus disrespecting humanitarian law and human rights such as the right to liberty and protection against arbitrary detention as enshrined in Art. 9 ICCPR and in customary international law (p.295).

Relatedly, Kavanaugh tried to restrict detainees’ habeas corpus rights in similar cases in which he filed the opinion for the court such as in the Omar v. McHugh case and in the Uthman v. Obama case. With regard to his view on the relationship between domestic and international law he conveyed his view in the Al-Bihani v. Obama case, also decided in 2010. In this case the detainee Al-Bihani argued that as a cook’s assistant he ought to be categorized as a civilian and “thus can’t permissibly be detained unless they themselves take hostile acts directly against their would-be detainers.” Besides that, as the conflict between the USA and the Taliban-controlled Afghanistan had ended, he must be released in accordance with Art. 118 Geneva Convention Relative to the Treatment of Prisoners of War and as demanded by customary international law. Kavanaugh dismissed this position stating that that federal courts can disregard international law-of-war rules unless they have been specifically incorporated into a statute or a treaty is self-executing and pointed out that “the premise that the war powers granted by the AUMF [2001 Authorization for Use of Military Force] and other statutes are limited by the international laws of war is mistaken.” This view is incorrect as customary international law is an  accepted part of US law since the Paquete Habana case of 1900. Considering Kavanaugh’s standpoint taken in these exemplary cases, one ought to admit that it seems that Trump in his ongoing attacks on international law and international institutions has found a loyal and powerful supporter who could back his standpoint on international law issues from the use of force to obligations towards refugees.

Kavanaugh is one of nine judges on the bench of the Supreme Court, so why is especially his election of such great relevance? First, as explained above, he is likely to support Trump’s endeavor to go against international law and institutions and second, Kavanaugh’s voting behavior as a Supreme Court judge could tip the scale in close decisions. In comparison to his predecessor judge Kennedy who was a swing-voter, sometimes voting with the liberal bloc, sometimes with the conservative group of judges, Kavanaugh will probably vote conservatively. With Kavanaugh on the Supreme Court, the conservative bloc will prevail by five to four judges and will thus lead the Supreme Court jurisprudence into a more ‘conservative’ direction in the future on many issues from abortion to reproductive rights, immigration and international law. Kavanaugh’s probable election within the next weeks is a win for Trump and a loss for international law and in the end, for all who believe in it.

Lena Riemer is a PhD candidate at the Freie Universität Berlin, her thesis has the title “The prohibition of collective expulsion in public international law”. Currently, she is a visiting researcher at Yale University Law School.

Cite as: Lena Riemer, „Trumps latest attack on international law: how the nomination of judge Kavanaugh to the supreme court could shape the USA’s approach to international obligations“, Völkerrechtsblog, 19 September 2018, doi: 10.17176/20180919-093619-0. 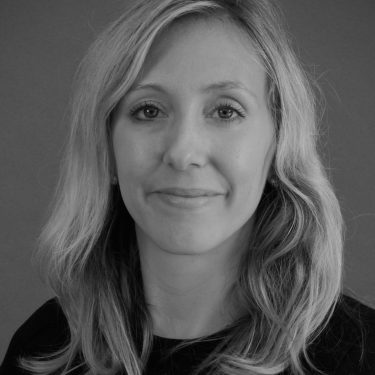