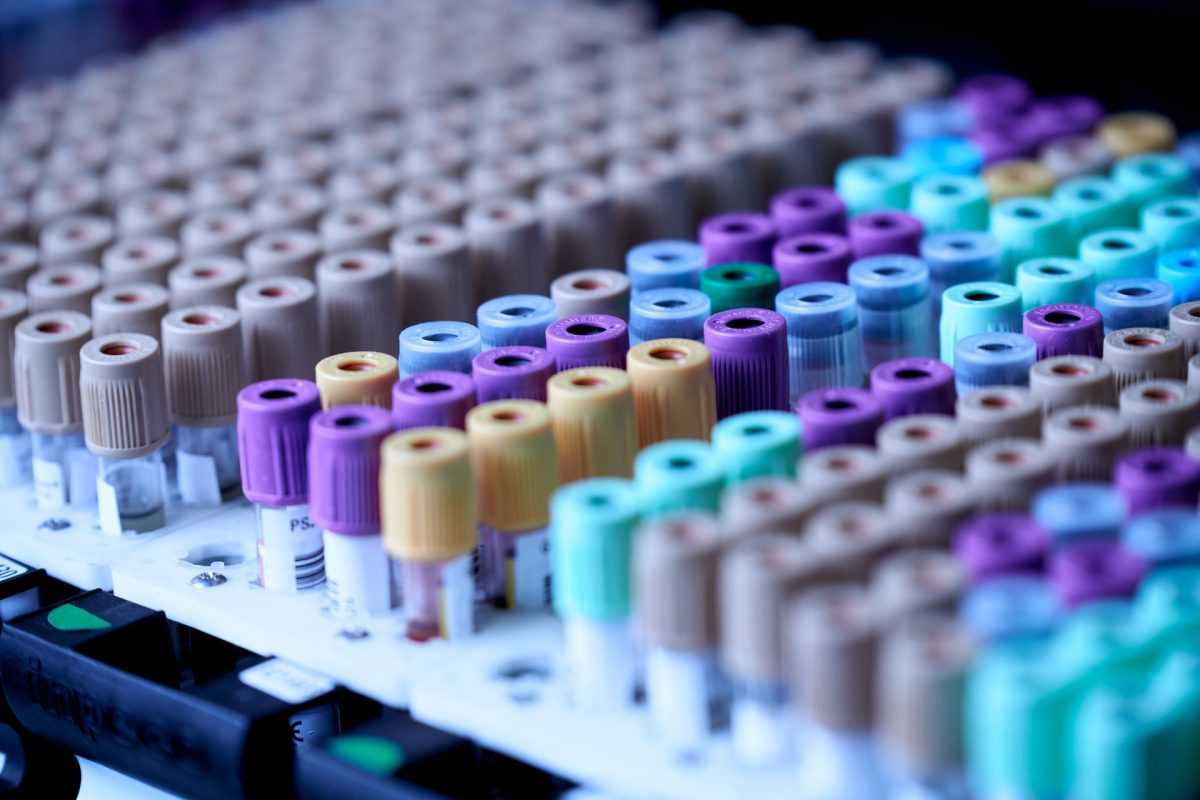 Photo by Testalize.me on Unsplash

On 31 December 2020, The Hague District Court issued its summary judgment in De Lugt v The Dutch Government, closing a tumultuous year which had started with the first confirmed cases with – ironically – a legal COVID-19 case. The case is seemingly unimportant – both because of its summary and its individual(istic) character, or at most a case of constitutional law. Yet, the case also has wider repercussions for international human rights law, including the right to leave and re-enter his/her State and the right to private life.

The summary procedure was initiated by Mr Pols, the lawyer of Viruswaarheid, an organisation concerned with countering recognised scientific propositions (and which unsuccessfully filed its own case a few days later). On Christmas Eve, he travelled to Zanzibar (Tanzania) with Ms De Lugt and their children. Since 29 December 2020, following the rise of a seemingly more contagious mutation of SARS-CoV-2, the Dutch Government requires a (negative) Polymerase Chain Reaction (PCR) test (dating from the last 3 days) and a signed declaration upon return to The Netherlands from any “high-risk area”. This decision follows European Commission Recommendation 2020/1743, describing real-time PCR testing as the “gold standard”.

Under Articles 7 and 53-54 of the Dutch Public Health Law (PHL), the governors of the 25 ‘safety regions’ (i.e. provinces and several sub-entities) are allowed to give instructions to operators or civil (air)ports to stop the further spread of the pandemic. Tanzania being declared a high-risk area by the Dutch Ministry of Foreign Affairs, airline companies travelling to its territory were on this basis obligated to check whether their passengers carry these forms – a rare piece of extraterritorial enforcement jurisdiction.

The right to (re-)enter one’s State

Claimants requested the annulment of the governors’ decision to undertake a PCR test for, in subsequent order, all travellers, Dutch nationals, or the family itself. The judge decided (only) in the family’s favour and required a clear legislative basis rather than the vague wording of the PHL. Among others, claimants invoked Article 3 Protocol No. 4 to the European Convention on Human Rights (ECHR), Paragraph 2 of which states “[n]o one shall be deprived of the right to enter the territory of the state of which he is a national.”

In another blog post, Rutsel Martha and Stephen Bailey argued that it is not always lawful for a State to deprive individuals of the right to enter their own country to contain the transmission of COVID-19. Moreover, they examined the emphasis on and choice for “national[s]” rather than mere ‘individuals’ in the ECHR.

The New Year’s Eve judgment mainly turned on the unjustified extraterritorial effect of the PHL, but a proportionality assessment (prioritising the right to leave and (re-)enter) seems implicit in the court’s reasoning.

A right to travel?

As Article 12 ICCPR attests, closely related to the right to (re-)enter its State (Art. 12(4)) is the right to travel in the first place, or the freedom of movement (Art. 12(2)). General Comment No. 27 begins with “[l]iberty of movement is an indispensable condition for the free development of a person”. Yet, it is probably one of those rights that has taken a more prominent place in domestic law. Since 1823, it is recognised as a fundamental constitutional right in the United States (Corfield v Coryell), albeit remaining within the jurisdiction of the states (unlike one of the four European freedoms). After all, as was famously opined in Kent v Dulles, “[t]ravel abroad, like travel within the country, …, may be as close to the heart of the individual as the choice of what he eats, or wears, or reads. Freedom of movement is basic in our scheme of values.”

However, whether nationally or internationally, this right is not unlimited. In United States v Shinnick, the subject was placed in a 14-day federal quarantine following a smallpox outbreak in Sweden in the 1960s. A contextual interpretation of Article 12 ICCPR also shows that the right to travel nationally (Art. 12(1)) and internationally (Art. 12(2)) can be subject to those restrictions “which are provided for by law, are necessary to protect national security, public order (ordre public), public health or morals or the rights and freedoms of others, and are consistent with the other rights recognized in the present Covenant.” (Art. 12(3)). In Peltonen v Finland, examining the travaux préparatoires, the Human Rights Committee concluded (at para. 8.3) that the drafters intended that the right to leave could not be used to circumvent one’s national obligations (in casu military service).

Moreover, it has been argued that the right to leave/travel does not automatically entail the right to enter again (Satvinder Juss, at p. 294). Hence, the right to (re-)enter its State is perhaps more of a supplement rather than a complement.

The right to physical, mental and moral integrity

It is thus rather likely that a minor PCR swab will withstand the European Court of Human Rights’ (ECtHR) scrutiny, if such claims against the State will ever be declared admissible. This may be different for criminal investigations (setting a high bar for interferences) or when medical treatment/testing of children is refused by their parents (see, e.g., Glass v United Kingdom).

This conclusion could change if the Sars-CoV-2 vaccine would be declared compulsory, in particular when the State would not adequately inform about possible health risks (Vilnes et al. v Norway). Next to constitutional rights, ECtHR case law is undoubtedly one of the reasons why European States have not made the SARS-CoV-2 vaccines mandatory. Non-compulsory vaccines do not seem to entail compensation in case of failure or unintended side-effects (Baytüre et al. v Turkey).

However, the need for the traveller’s consent for a PCR test is acknowledged by the parliamentary history of the PHL:

„The cooperation of the traveller in such an investigation cannot be enforced directly. However, the mayor may decide to subject travellers to quarantine measures under Article 35, in the case its requirements are fulfilled.” (Kamerstuk 31316, 3, at 54)

The judge agreed that the virus’ further spread in The Netherlands, whether by contagious passengers returning from abroad, should be contained. Yet, even though a measure affects personal integrity and the right to inviolability of the body (Article 11 Dutch Constitution) only minimally, and the test is “done quickly” and “little onerous” (Government’s pleading note, para. 2.8), at least a concrete legal basis should be available according to the judge (para. 10).

The Dutch Government reacted and amended the PHL and Temporary Regulation on COVID-19 Measures (Art. 6.7b), putting international airline and shipping companies on a par with public transport. This was deemed sufficient by the same court in the case lodged by Viruswaarheid and 29 Dutchmen abroad, who tried to broaden the exclusion of PCR tests to all Dutch nationals. Yet, what it (again) seems to overlook are sufficient safeguards to prevent communication and disclosure of personal health data, which may be violating Article 8 ECHR (see, e.g. Mockuté v Lithuania, paras. 93-94).

The summary judge was correct in holding that interferences with human rights can only be justified if they have a clear, accessible and foreseeable legal basis. However, any balancing of the right to leave and (re-)enter its State with, for example, the right to reject medical treatment/testing also entails a four-step proportionality assessment.

The State’s measure, i.e. a negative PCR test before boarding, (i) seems to serve a legitimate purpose (preventing the further spread of COVID-19), (ii) is a (factually) suitable means to detect (most) positive cases – a definitive diagnose is not required (see judgment 8 January, para. 4.13), and (iii) seems proportional considering its little intrusiveness. However, it may not be ‘necessary’ (cfr. General Comment No. 27, para. 14). The Netherlands could impose an obligation to conduct such test upon arrival, or simply a quarantine (which is nevertheless still compulsory). Alternatively, when the purpose is to curtail the spread on board the airplane rather than in The Netherlands, it remains to be seen whether this is a legitimate purpose.

While Mr Pols handed out a slap on the wrist of The Netherlands – pardon the pun – it is by no means certain whether this will be upheld in the appeal proceedings that have been initiated by the Dutch Government. Nor are proceedings before the Dutch Supreme Court and/or ECtHR entirely excluded, although these seem unlikely in light of the judgment of 8 January and the ECtHR’s case law.

Finally, perhaps along the line some judge will burst the family’s bubble. It was not only foreseeable but also announced (a day before the family’s departure) that a negative test would become mandatory also for EU citizens. Planning a Christmas holiday to Zanzibar and refusing a PCR test could be considered as an abuse of rights (ex iniuria (ius) non oritur), e.g. through the ECtHR’s admissibility criteria (Article 35(3)(a)). 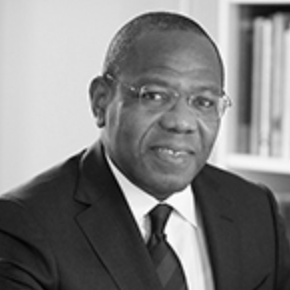 Dr Rutsel Silvestre J Martha is the Principal of Lindeborg Counsellors at Law and a Partner Fellow at the Lauterpacht Centre for International Law, University of Cambridge. Prior to founding Lindeborg, Dr Martha was a General Counsel and Director of Legal Affairs at INTERPOL and the UN International Fund for Agricultural Development. 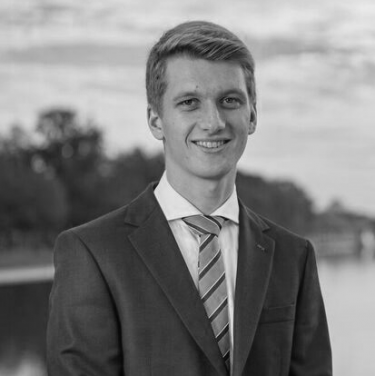 Kit De Vriese holds degrees from the Universities of Leuven and Cambridge, and currently works at Lindeborg Counsellors at Law. In that capacity, his main focus has been on investor-State and public international law cases, including their human rights aspects.