This post is the opening of a symposium on Kerstin von Lingen’s award-winning book Crimes Against Humanity. Eine Ideengeschichte der Zivilisierung von Kriegsgewalt 1864–1945. The book looks at the intellectual history of “crimes against humanity” as a legal concept. Von Lingen integrates this history in the persistent efforts of international lawyers to combat mass violence against civilians in warfare over almost a century. She argues that the transnational debates among lawyers since the end of the 19th century have been crucial for the new developments in international law following the Second World War.

The symposium will discuss the implications of von Lingen’s work, criticize potential blind spots and explore themes for further research on this topic. It will start with a post by Philippe Sands (University College London), who examines the differences between the legal concepts of genocide and crimes against humanity. In the next posts, Daniel Marc Segesser (University of Bern) focuses on international legal discussions of the 19th century and Anette Weinke (University of Jena) analyses (dis)continuities and the perspectives of different actors in von Lingen’s story. Elena Kempf (University of California, Berkeley) reflects on the consequences of von Lingen’s narrative for the concept of the legal in the historiography of international law. Eventually, Kerstin von Lingen (University of Vienna) will respond to the comments and critique raised in the previous contributions.

Völkerrechtsblog wishes you an interesting and stimulating reading!

Sebastian M. Spitra is a Post-Doc Fellow at the Department for Legal and Constitutional History of the University of Vienna and a member of the Junge Akademie at the Academy of Sciences and Literature in Mainz. He is an editor at Völkerrechtsblog. 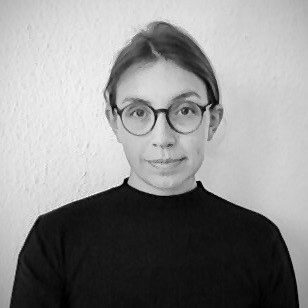 Anna Sophia is a Junior Researcher at the Leibniz-Institute for Media Research | Hans-Bredow-Institute and PhD candidate at the Humboldt University in Berlin. She is an editor at Völkerrechtsblog.