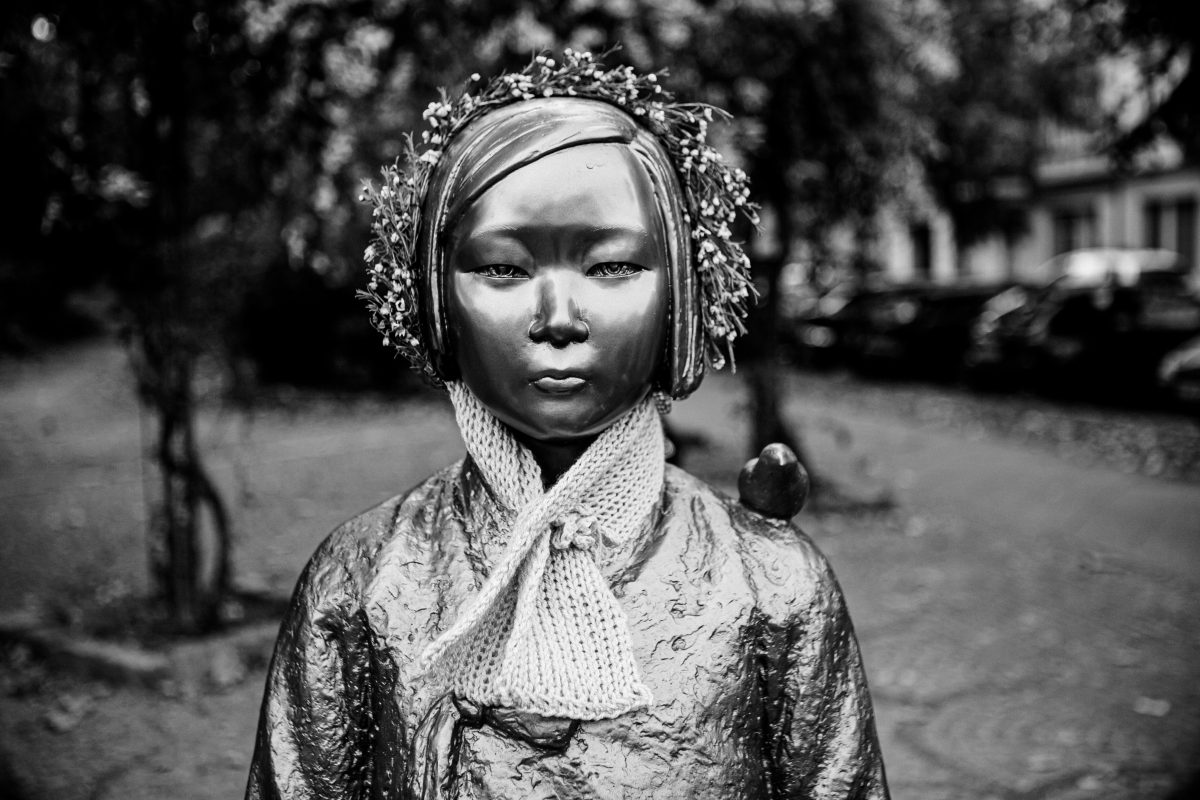 Memorial Statue commemorating the abuse of the Korean „Comfort Women“ in Berlin; photo by Hossam el-Hamalawy via Flickr (CC BY 2.0)

Restricting or bypassing the law of state immunity?

The issue of sexual enslavement of Korean women during Japan’s colonial rule of the Korean peninsula from 1910 to 1945 has been called ‘the most emotional historical dispute’ between South Korea and Japan. In a significant development on 8 January 2021, the Seoul Central District Court ordered Japan to pay 100 million won (approx. 75,000 euro) each to twelve Korean women forced into sexual slavery by Japanese troops. A decision on a second lawsuit brought by another group of Korean women is expected this month.

The judgment has attracted strong criticism from Japan who refused to participate in the proceedings on the basis that South Korean courts lack jurisdiction under the principle of state immunity. The Japanese government called the decision ‘extremely regrettable’ and announced it will not appeal the ruling, ‘as doing so would put the country under South Korea’s jurisdiction’.

The judgment offers valuable insights on a number of complex issues, including the qualification of the acts carried out by Japanese troops as international crimes, aspects of intertemporal law, and the relationship between inter-state dispute settlement and private claims. This post, however, focuses exclusively on the legality under international law of the denial of Japan’s immunity by South Korea. While the judgment seems to offer a rare example of state practice in favour of a ‘human rights exception’ to state immunity, the decision is better understood as a measure for the implementation of Japan’s responsibility under international law.

The Seoul Central District Court accepted in principle that under customary international law South Korean courts do not have jurisdiction over sovereign acts of foreign states by virtue of the principle of state immunity. At the same time, the Court found that the events underlying the claim constituted ‘a crime against humanity that was systematically committed by the Japanese Empire, in violation of compulsory norms of international law’ and at a time where ‘the Korean Peninsula was under illegal occupation’ (p. 27). As a result, even though the Court recognised that the acts by the Japanese troops were sovereign in character, state immunity could not apply due to the operation of an exception to the general rule (p. 30).

This aspect of the judgment is remarkable in that it bears a strong resemblance to the 2004 decision by the Italian Supreme Court in Ferrini. Like the South Korean judges, the Italian court denied the immunity of a former occupying power (in that case, Germany) upon qualifying the acts at the basis of the tortious claims as international crimes and breaches of peremptory norms of international law.

Yet, whether customary international law recognizes an exception to state immunity for serious violations of human rights and international humanitarian law is highly doubtful. As the International Court of Justice (ICJ) held in the Jurisdictional Immunities case, ‘[a]part from the decisions of the Italian courts [following Ferrini] … there is almost no State practice which might be considered to support the proposition that a State is deprived of its entitlement to immunity in such a case’ (para 83). Moreover, the ICJ found that the peremptory character of the obligations breached was irrelevant to the question of state immunity, since the rules of immunity are ‘procedural in character’ and independent from considerations pertaining to the substantive obligations breached (para. 93).

In light of this, the Seoul Central District Court’s decision is surprising. Though the ICJ stressed that the absence of a human rights exception to state immunity was reflective of ‘customary international law as it presently stands [that is, as it stood in 2011]’ (para. 91, emphasis added), the prospect of domestic courts departing from the ICJ’s conclusion was deemed unlikely given the unavoidable ‘customary international legal feedback loop’. Domestic courts looking for guidance on the existence of an exception to state immunity invariably turn to the Jurisdictional Immunities judgment, which reinforces the view that no exception is available under customary international law, thus pre-empting courts from reaching a different outcome. Indeed, the South Korean judges were confronted precisely with this hurdle, which they sought to overcome by taking another cue from Italian courts.

Having considered the Jurisdictional Immunities judgment, the Seoul Central District Court cited with approval the much debated (and criticised) decision No. 238 of 2014 by the Italian Constitutional Court, which opposed the implementation of the ICJ judgment on the grounds that it was incompatible with fundamental principles of the Italian constitutional order concerning fundamental human rights and the right of access to justice. This resonated with the South Korean judges, who referred to a similar tension between state immunity and right of access to a court under the South Korean constitution (pp. 27-28). The South Korean court concluded that the application of state immunity in a manner that would deprive victims of crimes against humanity of their right of access to a court would be ‘unreasonable’ (p. 30).

The Seoul Central District Court’s decision may very well be the beginning of a new wave of state practice in support of a human rights exception to state immunity. The South Korean judges hinted at this possibility when they stressed that ‘state immunity is not based on permanent and fixed values’ but ‘is constantly revised in light of changes in the international legal order’ (p. 28). However, it would be remiss to conclude that a change in custom is forthcoming. The Seoul Central District Court could not point to any meaningful development justifying a departure from the ICJ’s conclusions. Indeed, this decision remains to date the only example of (non-Italian) state practice in support of a purported exception after the Jurisdictional Immunities judgment and continues to be counterbalanced by several examples of state practice and opinio juris examined by the ICJ (paras 84-85) which oppose the existence of such exception. In short, the road to the emergence of a human rights exception to state immunity is not precluded but remains steeply uphill.

The Seoul Central District Court’s judgment is only the most recent development in a dispute between South Korea and Japan over war crime reparations that has protracted for decades. In 1965, South Korea–Japan relations were normalised through a bilateral treaty under which ‘the problem concerning property, rights and interests of the two Contracting Parties and their nationals . . . [was] settled completely and finally’ in exchange for payment of a lump sum by Japan. However, disagreement has continued to exist as to whether the agreement covered all disputes originating from the colonial occupation. The Supreme Court of South Korea reignited this debate in 2018 when it ordered a Japanese company to pay compensation to a number of Korean plaintiffs for forced labour during World War II. Protests by Japan escalated into a fully-fledged trade war, and further international litigation between the two states seems likely.

The issue of reparations for sexual enslavement of Korean women became the subject of a dedicated treaty signed between South Korea and Japan in 2015. Under the agreement, Japan offered a fresh apology and instituted a foundation to support the victims. Nevertheless, a subsequent South Korean administration led by President Moon Jae-in sought to dissolve the foundation arguing that the negotiations of the 2015 agreement failed to adequately involve the victims.

It is undeniable that a dispute on the question of reparations for sexual slavery continues to exist between South Korea and Japan. In this context, the Seoul Central District Court’s judgment can be seen as a tool with which the South Korean judges – as organs of the state – are advancing South Korea’s claims against Japan. This is consistent with the position adopted by the South Korean government, given that the South Korean Foreign Ministry stated that it respected the ruling and ‘will strive to restore the dignity of the women’. For its part, Japan rejects these claims and lodged its protests against the judgment, asserting that the issue was settled ‘finally and irreversibly’ with the 2015 agreement.

This background allows a reading of the Seoul Central District Court’s judgment in light of the framework of countermeasures. Under customary international law, a state injured by the wrongful act of another state may seek to induce the wrongdoing state to comply with its obligations of cessation and reparation by means of countermeasures. These measures consist in ‘temporary non-performance’ of certain international obligations that are justified by virtue of their role in implementing the international responsibility of other states. Albeit implicitly, this framework may have also guided the South Korean District Court. This may explain the repeated emphasis that the judgment placed on Japan’s responsibility for several breaches of its international obligations, including the qualification of sexual enslavement as an international crime and a violation of the international obligations of an occupying power. It also may explain why the judgment stressed that the plaintiffs were Korean nationals who sought (but failed) to obtain reparation through lawsuits filed in Japan and the United States (pp. 30-31): South Korea has a clear entitlement to espouse the claims of its nationals, which becomes all the more proportionate when no alternative means of redress are available.

There is debate as to whether countermeasures can preclude the wrongfulness of breaches of the law of state immunity. I have argued in favour of the applicability of this framework to state immunity (including compliance with substantive and procedural requirements) elsewhere. In any event, the greatest obstacle to framing the South Korean judgment as a countermeasure lies not so much in the applicability of the framework itself, but rather in the fact that South Korea may have waived its claims with regard to reparations for its nationals through the 1965 and 2015 agreements. On this question, the judgment simply stated that the plaintiffs’ right to claim compensation for sexual enslavement was not included in the agreement (p. 40). Still, given the slight support for an exception to state immunity, countermeasures may be the most plausible justification for the denial of Japan’s immunity.

Conclusion: A long way ahead

The Seoul Central District Court’s judgment will hardly be the final word in the longstanding dispute between South Korea and Japan on reparations for the crimes committed during the colonial era. In fact, Japan is contemplating ‘various options’ in response to the ruling, including proceedings before the ICJ. For the time being, advocates of a human rights exception to state immunity will have a new example to point to besides Italian practice in support of their position. Yet, in the absence of any new insights, the establishment of a customary exception to state immunity is still a long way ahead. In the context of the dispute between South Korea and Japan, the more plausible justification for the denial of Japan’s immunity lies in the function that it plays in advancing South Korea’s claims concerning Japan’s international responsibility.

A press release with excerpts from the judgment can be found here (in Korean). A copy of the judgment is on file with the author thanks to the Korean Council. Thanks also go to Nahyun Kim for her helpful assistance with the Korean materials. All opinions expressed in the article are the author’s own. 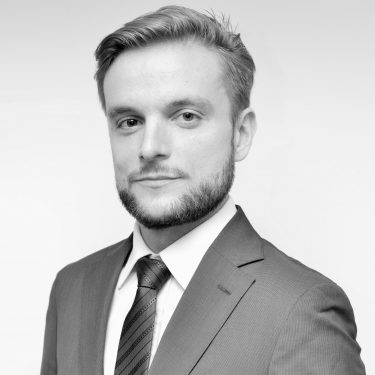 Daniel Franchini, MJur, DPhil (Oxon), is Lecturer in International Law at the University of Sheffield.