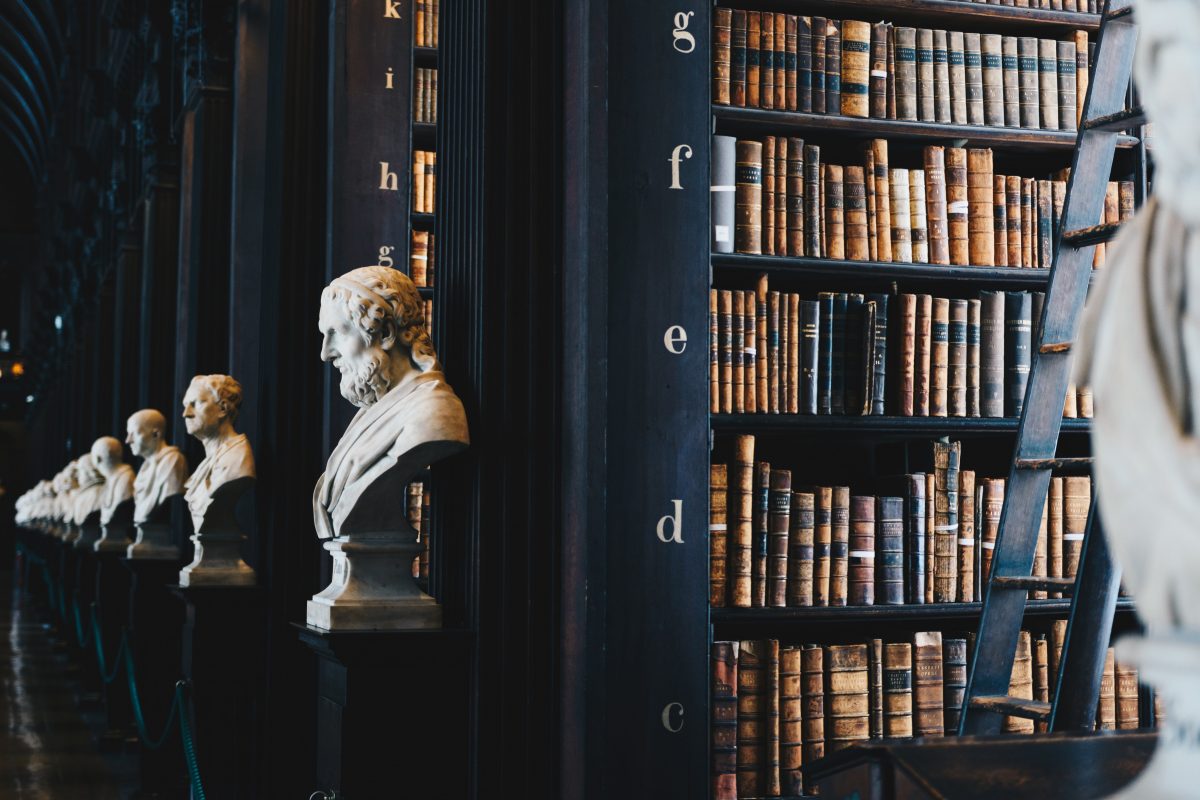 Photo by Giammarco on Unsplash.

One Step Forward, Two Steps Back

Last year, the Netherlands presented their comments on the International Law Commission (ILC)’s Draft Conclusions on Peremptory Norms of General International Law (jus cogens). The Dutch report, which is set to become a topic of discussion at the ILC’s next session, contained constructive criticism of the ILC Draft on such aspects as the role of persistent objectors or the notion that treaties may be a source of jus cogens obligations. What the comments had little to say about, however, was the ‘non-exhaustive list’ of peremptory norms annexed to the ILC’s conclusions. On this point, the Netherlands noted that it ‘sees no added value’ in such a list. In sharp contrast to this position, the present article will argue that the reliable identification of concrete peremptory norms would enrich the Commission’s work, and that in its current form, the list presented by the ILC constitutes the Achilles’ heel of its study on jus cogens.

The ILC placed the topic of jus cogens on its agenda in 2015. Among the specific legal issues that were suggested for study in the corresponding mandate were the nature of jus cogens, the process of identifying peremptory norms as well as the establishment of an ‘illustrative list’ of such norms. In his first report, Special Rapporteur Dire Tladi stressed that the work on this topic was about ‘process and methodology rather than the content of specific rules and norms’.

In the 23 draft conclusions elaborated since then, the Commission defined jus cogens (rather uncontroversially) as the set of norms ‘from which no derogation is permitted and which can be modified only by a subsequent norm of general international law having the same character’ (Conclusion 2). The ILC went on to declare that states’ acceptance and recognition of a rule as having peremptory status is the central criterion for identifying jus cogens norms [Conclusion 4 (b)]. It specified that evidence of the ‘[a]cceptance and recognition by a very large majority of States is required’ for a norm to qualify as jus cogens and, importantly, that ‘the positions of other actors […] cannot, in and of themselves, form part of such acceptance and recognition’ (Conclusion 7). In line with these methodological principles, the Commission recognized decisions of court and tribunals, as well as expert opinions, only as subsidiary means for determining the peremptory status of a norm (Conclusion 9).

The ‘Non-Exhaustive List’ of Peremptory Norms and its Deficiencies

Conclusion 23 then references the ‘non-exhaustive list’ of peremptory norms annexed to the document. This enumeration includes such international legal norms as the prohibitions of torture, slavery, genocide, and aggression, but also the basic rules of international humanitarian law (IHL) and the right of self-determination. Crucially – and most problematically – the ILC identified these individual peremptory rules not by applying the methodology it had previously outlined in its draft conclusions. Instead, its list contains those jus cogens norms that the ILC had already identified as such in some of its previous studies.

The self-contradiction is hard to overlook. In its conclusions, the ILC explains that the existence of peremptory norms is to be ascertained by relying on their acceptance and recognition by states, and that pronouncements of courts or expert bodies can only play a subsidiary role in this process. Then, however, the Commission itself departs from this approach by basing its list of specific jus cogens norms not on evidence of state acceptance, but on its own previous work – i.e., on the opinions of an expert body. The ILC thus implicitly claims that its own identification of a jus cogens norm is sufficient for that norm to indeed have peremptory status; and in so doing, it contradicts its own methodological guidelines for identifying such peremptory rules.

Naturally, this would not pose a real problem if the ILC’s earlier identifications of certain norms as having jus cogens character were in turn based on appraisals of state acceptance and were thus consistent with the ILC’s methodology. In this case, it would not be the Commission’s identification of peremptory norms that would be decisive as such, but rather the attitudes of states in which such earlier findings were rooted.

However, upon examining the concrete norms listed as peremptory rules and the circumstances under which the ILC initially ascribed them jus cogens status, we see that this was not the case. For example, the non-exhaustive list identifies the basic rules of international humanitarian law as peremptory norms. As the ILC explains in Comment 8 Conclusion 23 (see here at p. 205f.), it had previously qualified these principles as jus cogens norms in, inter alia, its work on state responsibility. However, in this work, the claim that the rules of IHL constituted peremptory norms was in turn based on statements by the International Court of Justice (see Articles on State Responsibility, Comment 5 to Article 40). Conversely, no evidence of the acceptance and recognition of these norms as peremptory by states was provided there either, despite the fact that this would be the essential criterion if the ILC’s own methodology was applied. As such, there persists an inconsistency between the conclusions on the identification of jus cogens and the way the ILC has itself gone about this identification process in past instances. The bottom line criticism of the current list thus remains: What is the value of developing a methodology for identifying peremptory norms, if not even the ILC itself is going to abide by this methodology while identifying specific jus cogens obligations?

The ILC justifies its approach to the list of individual peremptory norms by re-emphasizing that its work on jus cogens was ‘methodological in nature’ and that a rigorous identification of rules that have a peremptory character ‘falls beyond the scope’ of its study on this subject (Comment 1 to Conclusion 23, here at p. 203f). That was why the Commission resorted to the canon of peremptory norms that it had itself identified in its earlier work.

But this justification does not stand up to closer scrutiny. The above-described problem could be remedied in one of two ways. The first would be to simply refrain from including any list of peremptory norms in the conclusions. Admittedly, this would mean that the Commission’s study on jus cogens would fall short of fulfilling the suggested mandate described above. Still, this outcome would be preferable to the current approach, as the contradiction between the methodological prescriptions for identifying jus cogens and the concrete list of purported peremptory norms would cease to exist.

The second option (favored by this author) would be for the Commission to rigorously apply its criteria for determining jus cogens and to thereby come up with a new list of norms which have a peremptory character. The added work load that this would entail could be limited by prioritizing quality over quantity, i.e. by focusing the inquiry on a small number of potential jus cogens rules that are then analyzed in detail. After all, the current list is already characterized as ‘non-exhaustive’, so there would be little harm in further narrowing down the study to a few illustrative candidate norms. As the jus cogens character of these rules would precisely be ascertained by applying the ILC’s criteria – that is, by primarily examining whether they are accepted and recognized as peremptory by states – there could naturally no longer be any inconsistencies between the ILC’s methodological conclusions and the resulting list of peremptory norms. And even beyond this, this proposed solution would have two additional benefits. On the one hand, for the few norms thus analyzed by the Commission, it could be determined with relative certainty whether or not they genuinely have peremptory status. One the other hand, this approach would present the ILC with an opportunity to provide a best-practice example of how its guidelines for identifying jus cogens are to be applied, thereby clarifying the meaning and enhancing the overall usefulness of these same guidelines.

At any rate, neither of the two proposed remedies would require an unreasonable amount of additional effort. The Commission’s justificatory argument that the identification of individual jus cogens norms would fall outside the scope of its study is therefore unconvincing.

It is understandable that the ILC may be reluctant to revise the findings on jus cogens that are contained in its previous studies. Still, in its current shape, its enumeration creates the impression that there already are a number of norms about whose peremptory character we can be certain, even though the ILC’s own ‘test’ for identifying jus cogens norms has never been rigorously applied to them. Not only does the ILC thereby exacerbate the notorious ambiguity around the question of which norms truly qualify as peremptory rules, but it also undermines the methodological principles it has itself developed to mitigate this very ambiguity. In the interest of ensuring that its conclusions on the identification of jus cogens are convincing, the Commission should, in its future work on this topic, elaborate a short list of peremptory norms which reflects, rather than contradicts, its own methodological prescriptions. 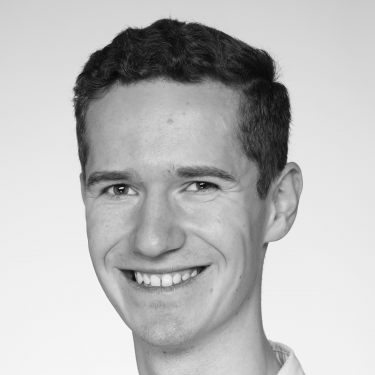