“Nowhere to be found”: Three Decades of UNHCR in South Africa

Though the UNHCR in South Africa go to great efforts to be neutral and provide the best possible assistance to those seeking refuge, by design they have to work together with the Home Affairs department. In practice this means that asylum seekers and refugees will often see them as co-responsible for the government (in-)actions. This piece looks at UNHCR and their roles in humanitarian relief, refugee protests and potential encampment policies, to reflect on their relationship with the South African government as well as refugees in the country.

Though UNHCR is celebrating their 70-year anniversary, this is much shorter in South Africa. It has been 28 years since they first formally opened their offices in the dying days of apartheid in 1993. The prior apartheid regime refused to sign the 1951 Geneva Convention, and instead followed a heavily securitised migration regime based on racist principles of white supremacy. Under the new post-apartheid leadership of Nelson Mandela, the Geneva Refugee Convention was signed in 1995 and promulgated in early 1996. By the late 1990s, South Africa offered one of the strongest refugee protection system in the world: incoming asylum seekers would have the right to work, to study and to move freely around the country in a system of local integration.

Fast-forward nearly 30 years and UNHCR is teaming up with the Department of Home Affairs (DHA) to embark on the ambitious project of seeking to clear up a backlog of asylum-seeker appeals and decision-making, which a recent audit noted would otherwise take up to 68 years. By hiring an additional 36 lawyers and technical assistance from the UNHCR, the project aims to clear a backlog of 163,000 applications in just four years.  This project is essential to the wellbeing of asylum seekers in the country, who according to a recent study from Amnesty International have to wait up to 19 years to get their final decision on their refugee status. It will also hold important political repercussions, with over-reporting in asylum-seeker and refugee numbers, as well as widespread narratives of the abuse of the asylum system leading to a heated political situation that has repeatedly spilled over into xenophobic violence against refugees and other migrants.

On the backlog project, the UNHCR will be working together with Home Affairs department. The DHA is increasingly moving away from the progressive rights of refugees, most recently with new amendments from early 2020, which restrict the right to work and political activity of asylum seekers in several ways. Though the post-apartheid leadership of Nelson Mandela propagated Pan-Africanism and a generous refugee system was developed during this time, from the outset refugees felt that the DHA had been ‘captured’ by their ‘enemies’. From the first minister of home affairs, Mangosuthu Buthelezi, to the current Minister for Home Affairs, Aaron Motsoaledi, there is a long history of ministers who publically decry refugee rights at best, with xenophobic comments against refugees and other migrants at worst.

Despite all their efforts to be neutral and provide the best possible assistance to those seeking refuge, the UNHCR has to work together with the DHA. In practice this means that asylum seekers and refugees will often see them as co-responsible for the government (in-)actions. Their limited muscle to act in a highly politicised context of refugee protection, like in South Africa, thus undermines their ability to provide protection and relief, at least in the eyes of refugees. This will be shown by discussing the UNHCR role in providing humanitarian assistance, recent refugee protests and the question of resettlement as well as their clear(er) stance on processing camps. The blog piece will then conclude with a reflection on the future relationship between the DHA and UNHCR.

The UNHCR provides assistance only for the most vulnerable refugee and asylums seeker populations in South Africa. For example, they have provided 30,000 persons of concern emergency assistance during the pandemic. Nonetheless, like elsewhere in the world, they suffer from severe underfunding. The most recent update, which considers the last quarter of 2020, shows a 97% shortfall in their funding for the region. Since UNHCR also mostly works through implementing partners like the Jesuit Refugee Service, the institution has become largely invisible.

In research conducted for a project on the political stakes of refugee protection, a human rights activist in Musina in March 2020, noted “where is the UNHCR; they are nowhere to be found?” Similarly, in a focus group with refugees in Musina, also in March 2020, one of the participants explained “for example, in our countries like the DRC… UNHCR supports too much [sic] the refugees. But here in South Africa, I can’t see any support of UNHCR.”

The inability of the UNHCR to take on a vocal role of showing their place means that their work is often misunderstood, including by parliamentarians. In a committee hearing on home affairs in 2019, one MP noted that South Africa as a member state contributed money to UNHCR, so “it was incumbent on the UNHCR to assist them [ refugees] or to offer them humanitarian assistance. It was not the duty of South Africa to do so.” In 2019, South Africa contributed $19, 481 to the $8.636 billion budget of UNHCR.

Beyond the general question of humanitarian assistance, the UNHCR has more recently become a central stakeholder in a very politicised refugee-led protest. In late October 2019, a group of over 600 refugee protestorsgathered in and occupied a public square outside the UNHCR offices and later a church in Cape Town (as well as for a short period in front of the UNHCR head office in Tshwane, though this group was quickly evicted after it tried to storm the UNHCR offices).

The refugee protestors deemed they were no longer safe due to repeated incidents of xenophobic violence in the country, and asked to be resettled to a third country for their own protection. UNHCR was quick to communicate that resettlement cannot happen on such a group basis, and that they would need approval of the third countries in any case. The situation escalated over months, with the protestors reported to have used violence and the threat of violence against some of the persons attempting to mediate the situation. It took the COVID-19 country wide lockdown in April 2020 for the final eviction of the protestors to two different camps. By October 2020, the DHA said they were ready to deport some of these protestors.

UNHCR-spokespeople have been busy toeing a sensitive line between the demands of the protestors and the actions of the DHA, noting they are ready to assist with reintegration in the community or repatriation to countries of origin, whilst calling on the South African government not to fail on their commitments to non-refoulement. According to our recent research, the DHA has blamed UNHCR for the events having grown out of control. The City of Cape Town in turn states that the responsibilities of these refugee protestors lies with the DHA. Politicians have urged all of these actors, including the UNHCR, the DHA and the city council to work more collectively on the Cape Town protest issue. The actors note they all have different mandates.

What this incident brings out is  the inability for the UNHCR to make vocal remarks on these issues, without being seen to be taken side. Protestors noted in a newspaper report: “We are questioning why in other countries the [refugee] commission is active when it comes to refugee problems but here they are silent”.

One area where the UNHCR has taken a stronger stance is on the issue of a potential encampment policy for South Africa. The most recent revamp of the South African migration and asylum system is spelled out in the 2017 White Paper on International Migration. The paper proposes the idea of “asylum seeker processing centres” in border areas, to register and house asylum seekers whilst their application is processed by the DHA, in what can be equated to a type of administrative detention.

Whilst there are perhaps some arguments to be made for better humanitarian protection of refugees in an encampment type situation, most critics agree that this would severely curtail the basic tenets of free movement, work and study that asylum seekers still have under the 1998 law. The White Paper itself acknowledges that any “camps in our context would create serious logistical, security and humanitarian problems,” yet this is not juxtaposed to the idea of processing centres. On this UNICEF however took a more proactive role: given the large numbers of displaced person across the world at historically high levels, they are only able to provide support to the most vulnerable in South Africa, and thus are in no position to fund such a venture. Moreover, according to a UNHCR-spokesperson, “UNHCR considers that the right to work is a fundamental right, integral to human dignity and self-respect, and that reliance on assistance is not conducive to self-sufficiency.”

Without UNHCR-support such processing centres cannot be created, yet at a committee meeting for home affairs in May 2020 the DHA said they “had taken a policy decision that refugee processing centres [are to] be established.”The UNHCR as an institution is not in a position to vocally and publically oppose this development, but they have so far been consistent that they do not support this development. This highlights how the UNHCR can impose longer-term refugee protection ideals over short-lived political ideas of approach certain issues such as encampment.

The UNHCR takes on an important capacity-building and advocacy function in South Africa. But by design they have to remain silent.  One human rights advocate, interviewed for our research in Johannesburg in February 2020, noted “they (UNCHR) know their place… they are a guest of the government… they are certainly not going to be openly hostile or antagonistic”. This means that especially refugees frequently view them as part of the government policies, which often work to their detriment. Refugee focus group participants in Johannesburg said they were “confused over the mandate [of UNHCR] ” and that “we have the impression that UNCHR is under South African Government”. In an interview with a staff member of a human rights organisation in the border town of Musina, the respondent described the relationship between the government and the international organisation as “Home Affairs and UNHCR are like the same WhatsApp group, they are very close” (Musina, March 2020). At worst therefore, through their dependence on the government, the UNHCR-silence can be read as approval of the regressing refugee protection. Moreover, their role is misunderstood by those that they are assisting. This is despite the fact that in their 30-odd year existence they have taken on important roles and supported the livelihoods of many along the way.

This tension is likely to continue with the right to work undermined by the new changes in refugee law from last year (subject to further litigation in the courts to rectify this). Not being able to work will increase dependency on the UNHCR for humanitarian assistance, and increase frustration when this cannot be delivered and with UNHCR seen co-responsible for the in-actions of the DHA. However, if the new backlog project is successfully carried out under the assistance of the UNHCR, it may be a chance to show how important their capacity-building and assistance can be. 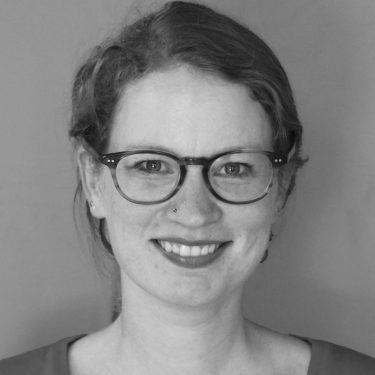 Franzisca Zanker is a senior researcher at the Arnold-Bergstraesser-Institute in Freiburg, Germany, where she heads the research cluster on “Patterns of (Forced) Migration.” She is a political scientist and her research interests include migration and refugee governance, peacebuilding and civil society. For this peace she is drawing on a research project on the political stakes of refugee governance in Africa, funded by German Foundation for Peace Research. In South Africa she conducted the research together with Khangelani Moyo.