Sometimes the unimaginable becomes reality: Donald Trump, his Democrat counterparts, the European Parliament and the European Commission are all united – in their opposition against the Nord Stream 2 pipeline. The construction of this mega project, a gas pipeline from Russia to Germany that is to supplement the existing Nord Stream twin-pipeline in the Baltic Sea, has caused a stir on both sides of the Atlantic. Observers who thought that Nord Stream 2’s repercussions could not have gotten more dramatic after Richard Grenell, the US ambassador to Germany, sent threatening letters to companies involved in the project, were proven wrong last Thursday when Nord Stream 2 AG initiated investment arbitration proceedings against the European Union (‘EU’) under the 1994 Energy Charter Treaty (‘ECT’). Nord Stream 2 AG is a Swiss incorporated company, owned entirely by the Russian energy giant Gazprom, which is in turn majority-owned by Russia.

Luckily for legal scholars, Nord Stream 2 offers some unchartered territory in the area of investment dispute settlement and the cocktail of EU and investment law should make the mouth of any international lawyer water.

Nord Stream 2 has put considerable strains on the EU and the transatlantic partnership alike since its construction was first publically envisaged in 2015. While Germany asserts that the pipeline is part of a bigger scheme to stabilize its energy supply, Nord Stream 2 AG emphasizes the potential economic benefits to be reaped by the EU as well as improved energy security. The project is also meant to shield European economies from disputes between Russia and Ukraine concerning the gas transit that have upset European policymakers in the past.

The US, itself a large exporter of gas, has unequivocally opposed the project on numerous occasions. President Trump labelled the pipeline ‘bad for NATO’ and claimed that ‘Germany is totally controlled by Russia’. Recently, the Senate Foreign Relations Committee passed a legislation aimed at imposing sanctions on involved companies, should they not pull out.

Eastern European countries have been some of the most vocal critics of the project. The then Polish defence minister Sikorski infamously compared the pipeline’s older sister project Nord Stream to the Molotov-Ribbentrop pact of 1939 back in 2006. Ukraine, whose transit business is likely to suffer from the new competition, voiced concerns to be bypassed. The transit revenues are important to its economy and alternatives to the classic route will make it more vulnerable to Russian pressure.

The European Commission is not a big fan of the new pipeline, either. It has long opposed Nord Stream 2 echoing critiques about the increase in Russia’s influence over the EU’s energy market.

Nonetheless, the project was advanced and is supposed to be completed by the end of 2019.

At the same time the European Commission, scrambling not to be side-lined, has tried to bring the pipeline project under the regulatory umbrella of the EU, notably the EU Gas Directive.

Importantly, among other things such as tariff regulation and third-party access, EU law requires pipeline owners to be separate from the pipeline operators within the ambit of its application. This is to ensure that companies other than the transmission system operators can access their network. In their sum, the requirements might sensibly hurt Nord Stream 2 AG’s interests.

However, in the past these rules were not considered applicable to offshore import pipelines connecting EU member states with third countries, as the directive was intended to regulate the internal market in the first place. This was confirmed by the legal services of the EU Council and the EU Commission. Precisely for this reason the EU directive in question was amended earlier this year following intense negotiations, to fill what the Commission called ‘a legal void’. Under the new legislation, the part of Nord Stream 2 located in German territorial waters generally falls within the scope of EU law.

Nord Stream 2 AG is quite unhappy about these developments and is now trying to challenge the measure via different avenues. In July the company brought a challenge against the amendment before the Court of Justice of the European Union.

At the heart of this action for annulment lies the claim that the recent amendment to the directive is discriminatory, disproportionate and constitutes a ‘lex Nord Stream 2’ mainly aimed at hampering the construction of the pipeline.

Simultaneously, Nord Stream 2 AG targeted the EU measure by means of investment arbitration proceedings under the ECT. Both Switzerland and the EU are members to the ECT, the purpose of which was to integrate the energy sectors of the EU and ex-Soviet and Eastern European States in the aftermath of the Cold War. One element of the complex treaty framework are rules on the settlement of investment disputes.

That Nord Stream 2 AG is a Swiss company appears quite convenient for Russia, which never ratified the ECT. In the Yukos Saga, the Russian Federation emphatically opposed the provisional application of the dispute settlement provisions of the ECT. Now Gazprom’s subsidiary is using just these dispute settlement mechanisms.

Under Art 26(1) and (2) ECT investors have to seek amicable settlement before initiating arbitration proceedings for at least three months. In a letter dated 12 April 2019 Nord  Stream  2  AG set a deadline for the EU that lapsed on 12 July 2019 after talks with the Commission could not resolve the dispute. On 26 September 2019, the company filed a notice for arbitration, with the applicable arbitration rules and the seat of arbitration remaining unknown as of now.

While the content of its submissions is not public yet, Nord Stream 2 AG seems to base its claim on violations of the protection from unreasonable and discriminatory measures under Article 10(1) ECT. Following a similar line of argument as before the CJEU, the investor mainly claims, in a document drafted for the negotiations with the Commission, that it is being treated unreasonably and discriminatorily by not being given the opportunity to apply for a derogation under the directive. According to this view, Art 36 of the Gas Directive allows for derogations if the investment risk has not been undertaken yet, whereas Art 49a does the same if the risk has been undertaken, as is the case for Nord Stream 2. However, Art 49a excludes projects from its scope that were not completed before 23 May 2019. Nord Stream 2 AG argues that this purposefully prevents Nord Stream 2 from benefitting from a derogation and therefore constitutes an unlawful discriminatory measure.

Indeed, it may prove a challenge for the EU to convince a tribunal that the amendment to the directive was not meant to single out the Nord Stream 2 project and that the amendments reflect its stated objectives.

Other claims, such as an alleged violation of Art 13 ECT governing expropriations, seem more far-fetched. However, if a tribunal should find a violation of Art 10(1) ECT because of the alleged discrimination it appears likely that Art 10(7) ECT, enshrining the national treatment and most-favoured-nation obligations, would also be considered violated.

Apart from its political importance, this arbitration is of interest because it is the first investment arbitration proceeding under the ECT against the EU itself. This comes at a time when the EU has increasingly tried to position itself as a leading power in both, the reform of the ECT and international investment law in general. Especially those who consider investors’ rights to be too wide-ranging are likely to consider this new milestone as further proof of the need to act.

At this point it is extremely difficult to predict how the next chapter of the Nord Stream 2 drama will unfold. However, one thing appears likely: After Angela Merkel admitted that the Nord Stream 2 project is not only an economic issue but also a political one, we seem to be only at the beginning of a legal saga coming centre stage.

Fabian Simon Eichberger is a Research Fellow at the Max-Planck-Institute for Comparative Public Law and International Law, Heidelberg, and specializes in International Dispute Settlement and International Economic Law. He is a member of the editorial team of Völkerrechtsblog. 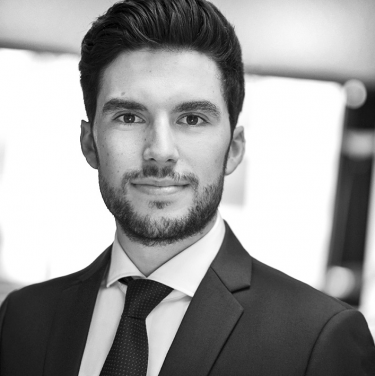 Fabian is a PhD candidate and W.M. Tapp Scholar at Gonville & Caius College, University of Cambridge. He is a general international lawyer with particular research interests in international dispute settlement, international economic law and the law of the sea.