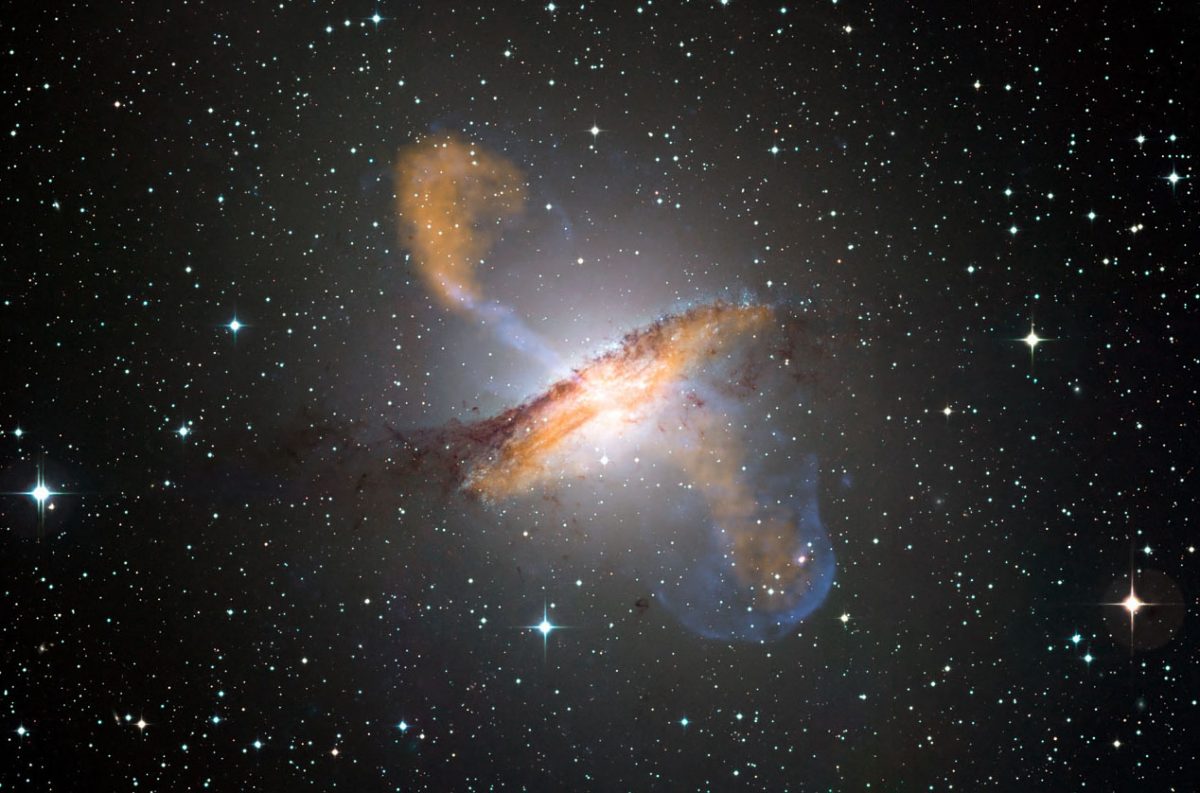 Outer space’s unique environment has been utilized to study and further a range of subjects, from colloid behavior to creating protein crystals for more effective disease control, often having enormous commercial application. For example, Proctor & Gamble, the consumer goods giant, has collaborated with NASA on the colloid studies as the results could lead to improved product formulations that are less expensive to produce and have longer shelf-life. In fact, research on thespace station has contributed to three new patents for the company, and could potentially save the company millions of dollars. Such advances bring up a number of interesting questions. For instance, if a scientist from State X invents something on a spacecraft registered in State Y orbiting in outer space, who gets to register the patent? And if the patented invention is used without permission in State Y, what recourse would State X have? Against the backdrop of outer space’s enormous commercial potential, this article will assess the protection and judicial enforcement of intellectual propertyrights (IPR), especially patents, on an international level to protect innovation borne out of the unique advantages provided by outer space.

The primary law that governs the rights of parties in outer space is the Outer Space Treaty (OST), or more formally the Treaty on Principles Governing the Activities of States in the Exploration and Use of Outer Space, including the Moon and Other Celestial Bodies of 1967. The basic principle underlying the OST is that outer space is res communis, and its resources are the “common heritage of mankind”. The implication of such nature is codified in Article 2 of the OST,which establishes that no state can declare territorial sovereignty over any portion of outer space.

At the same time, Article 8 of the OST gives state parties the right to retain jurisdiction and control over space objects by virtue of registering them. Registration is done in accordance with Article 2 of the Convention on Registration of Objects Launched into Outer Space of 1975 (REG) and such states are called the “State of registry”. Additionally, ownership of objects launched into outer space, which encompasses objects landed or constructed on a celestial body, is not affected by their presence in outer space. Thus, Article 2, read in conjunction with Article 8 of the OST, gives rise to a unique legal regime of states unable to establish sovereignty in outer space, yet able to declare ownership and jurisdiction over their space objects and by extension personnel on such objects.

In addition, Article 6 of the OST requires state parties to assure that all national activities, conducted by both private and national organizations, are carried out in accordance with the OST and holds states internationally responsible for the activities of all such nationals in outer space. Thus, private actors are not recognized as bodies that can be held directly responsible for their conduct under space law.

The obstacles to IPR in outer space

IPR by nature is a territory-dependent legal regime, which poses two broad obstacles to its enforcement in outer space: First, unless specifically provided otherwise, IPR created and possibly registered in one state is not recognized or enforceable in another. This, however, is to an extent being rectified by international protection of IPR in jurisdictions of state parties, as provided under multilateral conventions like the WIPO Convention of 1967; Berne Convention of 1886; and Paris Convention for the Protection of Industrial Property of 1883 (Paris Convention). Second, there is no territorial jurisdiction in outer space by virtue of there being no sovereignty. Thus, in light of the same, how does one tackle the two questions earlier posed?

IPR in outer space: who owns it and who adjudicates?

In general, legal principles applicable to the high seas are often extended to outer space owing to the similarities in the two territories that arise from the fact that both territories are res communis. In the high seas, the vessels of the “flag state” are considered to be an extension of their territory, leading to extra-territorial jurisdiction of the state over the vessel and its personnel. By analogy, the jurisdiction that is conferred on the state of registry on its space objects is based off the principle that space objects are considered to be an extension of national territory, implying that IPR created or utilized on such space objects could be protected by domestic law. This sentiment is also reflected in Article 21(2) of the International Space Station (ISS) Intergovernmental Agreement, which deems any activity occurring on a certain partner state’s flight element to have occurred in the territory of that state.

Given that a good amount of national IPR legislations, especially those governing patents, do not envision citizenship as a restriction for registration, the territory where IPR is created, is generally not a factor to determine registration. It would,however, determine the national court to approach to claim IPR infringement. For instance, if a patent was registered in State A and used on State A’s part of a space station, and then subsequently appropriated by a national of State B, then the matter could be adjudicated in the courts of State A.

Perhaps the most significant international law contribution on the second issue, legal recourse in case of infringement in outer space, stems from the Permanent Court of International Justice (PCIJ) in its judgement in the Chorzow Factory case. The PCIJ held that by using the patents of the German company that owned the Chorzow Factory, Poland had unlawfully expropriated the company’s contractual rights. Expropriation, in its most basic understanding, refers to the government taking away the property of aliens on its territory. Applying this standard to a space law context, if a scientist from State A were to develop something on State B’s space object, like an observatory on a celestial body, leading to the creation of IPR then State B cannot appropriate State A’s IPR.

Additionally, while states cannot claim proprietary titles in outer space, Article 8 of the OST, read together with the REG, recognizes that the state of registry exercises proprietary rights over its space object. When these rights are understood in the context of Article 9 of the OST, which requires states to conduct all their activities in outer space with due regard for the corresponding interests of all other state parties, they establish a framework for the protection of IPR. In this regard, current state practice, especially of the United States of America, which has enacted the Patents in the Space Act, indicates an increasing respect for proprietary information developed by private companies in outer space.Such practice by leading space powers is of high relevance given the possibility of creating instant customary international law in outer space.

This implies that states cannot interfere with other states’ activities in outer space, including proprietary rights like IPR, without due permission. Such interference, even if made by a private organization, would attract the responsibility of the relevant state party by virtue of Article 6 of the OST. The same Article could also enable states to bring claims on behalf of their private organizations which have had their IPR violated by other parties. Thus, irrespective of there being no territorial sovereignty in outer space, states still have recourse for the violation of their IPR in outer space through the mechanism of the OST.

Article 9 is particularly relevant as a method of protecting IPR, which is required to be registered to be enforceable but isnot. Thus, even if an invention is yet to be officially patented and is appropriated in outer space, then Article 9 gives states recourse to protect such infringement by virtue of the sanctity granted to their activities. Of course, none of these provisions have ever been applied in the context of IPR, so these arguments still remain rather theoretical until an opportunity presents itself for such an application.

The next question that arises is what forum can states approach for claiming violations of IPR in connection to the OST mechanism. Given that the rights protecting a state’s IPR are derived from multilateral treaties like the OST, and even the ISS Intergovernmental Agreement, the forum of adjudication would naturally be the International Court of Justice (ICJ). This results from Article 38 (1) of the ICJ Statute, which allows the ICJ to assume jurisdiction over matters referred to it by parties for disputes regarding treaties and conventions in place. While issues of space law are yet to be adjudicated by the ICJ, such an issue arising in relation to IPR would not be entirely surprising, given that treaties related to IPR like the Paris Convention cite the ICJ to be the appropriate forum for disputes arising out of such treaties. However, the practicality of approaching the ICJ for every IPR violation in outer space is questionable.

While disputes over IPR in outer space may be dismissed as a farfetched category of disputes at first sight, given the increasing relevance of the area in manufacturing in micro-gravity environments as well as military-based innovation (the debate on the legality of this can be found here), an intra-state dispute is not completely off the shelf. One major advantage the OST route of recourse provides is that states could also hold other states liable for the conduct of their private organizations, irrespective of there being effective control. Thus, given the increasing privatization of outer space, this is an important tool to be retained in the repertoire of states and will be used when necessary. 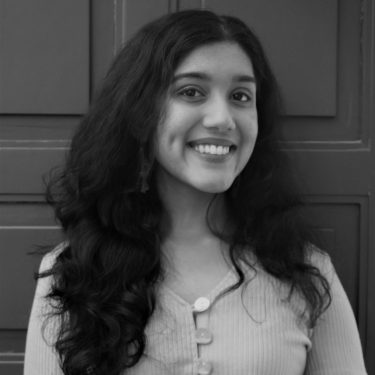