Multiperspectivism in and on international law

The symposium on “South and East Asian perspectives on international law” postulates that perspectives matter for the understanding, interpretation, and application of international law. I agree, but would like to caution against throwing out the baby with the bathwater by giving up the never-ending struggle for a bottom-up universalisation of the international legal discourse.

Our scholarly approaches, arguments and assessments are value-loaded and connect to underlying political and theoretical preferences which are in turn influenced by our socialisation and training in a specific legal culture and simply by our life experience. However, the acknowledgment (and even praise) of plurality in scholarly approaches should not overtake the scholarly ideal of intersubjective comprehensibility. Academic works aim, or at least should aim, for universal intersubjective comprehensibility, allowing scholars with diverging geographical, educational, or theoretical background to understand an argument or a research finding. Given certain premises and a particular method, in principle anyone, regardless of sex, nationality or religion should arrive at the same results. Global intersubjectivity in turn requires a transnational academic legal discourse whose participants accept that arguments are sound only if they are fit for universal application. But of course the global inter-subjective comprehensibility and replicability depends on the premises and methods, which have to be laid open and discussed.

More pluralism within the international legal discourse is needed, because international law aspires to be universal but carries a historical baggage of Eurocentrism. This legacy can not simply be denied or erased but can be acknoweldged and problematised. This process is in full swing. We are in a period of a global change of order, in which the economic, political, military, and ideational dominance of the West is challenged not only by the rising states of the so called Global South and Asia but also by business enterprises, new regional organisations, and criminal networks which unfold global action taking off from bases in various regions of the world.

Because the international legal order “feeds on preconditions which itself cannot guarantee” (as Ernst-Wolfgang Böckenförde said for the state), it is inevitably affected by these changes. Usually the macro-transformation of the international order is attributed to the ongoing redistribution and dispersion of political and economic power. But it also results from intellectual and moral factors which differ in the various regions of the world, ranging from resentment against “Western” interference in the middle East and Asia, the perception of being left behind and lack of prospects for a decent life in the global south to the fear of loosing privileges and wealth by the inhabitants of rich industrial states. The power shifts and the traction of anti-globalist ideas are likely to increase the ever-latent pressure on the universality of international law. And if the international legal order feeds on preconditions which itself cannot guarantee, this also means that international legal scholarship, too, must come to grips with pre-conditions and side-conditions over which itself has no control. Its methods must also react to changing environments.

The change of environment lies in the rise of nationalist and militant politicians in all regions of the world, promoted by discontent with globalisation. These politicians and their think-tanks have highjacked and twisted the insights generated by postmodernism, social constructivism, and cultural studies, and are now applying these insights and concepts for political ends which run counter to the the critical camps’ emancipatory aspirations. The merry moral, cultural, and epistemical relativism propagated by postmodernists has paved the way to the ‘post truth age’ or ‘post factual age’: The concept of culture has been hijacked by ethnonationalists. The standpoint epistemology as developed notably by feminists has been mongrified into ‘truthiness’. The problem of ‘speaking for others’ has been highjacked by populist politicians who claim to represent ‘the people’. The critique of the scientific values of objectivity and rationality has given the amunution to creationists and deniers of climate change.

So the question of the day is how to overcome our intellectual vulnerability against ethnonationalism and sovereigntism. How to secure the insight that our knowledge is historically and culturally situated against the abuse of this insight by political hardliners? A reapparaisal of the value and importance of an (at least procedural and discursive) legal universalism might help. At this juncture, one could actively embrace a culture-based moderate moral relativism as an appropriate attitude and as a useful starting point for scholarly debates in our pluralist, divided, multi-cultural world.

Utilising perspectivism and “situationality” (Outi Korhonen), scholars might modestly contribute to the attempt to build a bottom-up legal universalism without plunging into legal absolutism. Starting from the realist assumption that people can make moral and learning experiences which force them to step out of the moral and epistemic framework they are used to, symposia such as this one should provide a forum to tease this out.

By highlighting different nationally (or regionally) impreigned approches, scholars could problematise ‘epistemic nationalism’. With this I mean the twofold phenomenon that international legal scholars often espouse positions which can be linked to their prior education in their domestic legal system and/or which serve the national interest. The first variant, thinking along one’s familiar legal tradition, often occurs unconsciously, while the second variant, supporting one’s home country, may happen deliberately or unwittingly. A parallel issue is the persistent segregation of research institutions along national lines. It is for that reason, too, that we nowadays doubt that the ‘invisible college of international lawyers’ as invoked by Oscar Schachter in the 1970s is really a global college. It rather seems to be an elite college of scholars of the developed world, a college in which academics from the so-called Global South are relegated to the role of the eternal students.

The exposure of the fragility of the universality of international legal scholarship is apt to contribute to the constant work of building and rebuilding a universal international law. For such an exposure, it is not desirable and not even possible that scholars of international law clinically strip off their ‘national’ point of view. On the contrary, scholars can and should proactively make use of their diverse national (and political and cultural) background by enriching their scholarship with a comparative perspective. The espousal of our national (or regional) Vorverständnis should ultimately contribute to working towards the ideal of a universal body of norms.

Presupposing that the raison d’êtreo f international law is to govern relationships between political actors dispersed on the entire globe and to provide a common language and culture, international law must be universal (providing rules which apply to all). The fulfilment of the said functions requires distinguishing sharply between a welcome plurality of perspectives (including the possibility of diverging interpretations) on the one hand, and an undesirable plurality of different rules for different players even if these are similarly situated.

To take an example from the law on the use of force: The „unable or unwilling-standard“ (for identifying states from whose territory terror attacks had been launched and against which self-defensive action should then be allowed) would be erosive in this sense. It can not be applied across the board. International order would be destroyed if all States (and not only the powerful ones which arrogate themelves the privilege to apply this standards against others). This means that the unwilling-or-unable standard is not universalisable. It can only function as disciplining weak states and as empowering a few states with the sufficient military capacities to strike. Such a multi-class or two-speed model of international law may be acceptable for marginal issues and as a temporary device allowing for experimentation on a small scale but should not be allowed to affect core principles of international law, because that would erode the quality of international law as a world-wide normative system.

I submit that the aspiration to a discursive, procedural, and bottom-up universalism in international legal scholarship is not logically or intrinsically a ‘false’ universalism which merely camouflages particular interests. For sure, it is a historical fact that such hegemonic camouflage has often occurred and continues to happen not only in real international relations but also in scholarship ─ both in the discourse and in its outside features, i.e. in the way careers are managed and projects are organised and financed. However, a universal orientation is unavoidable if there is to be international law at all.

Multiperspectivism is also distinct from espousing epistemic or moral relativism. It is independent from, or neutral towards, what Karl Popper has called the framework-theory and from the accompaniyng framework-relativism. The framework-theory holds that there is no common denominator that guarantees the possibility of neutral and objective meaning and value. No autonomous world of meaning and values exists, but all systems are self-contained, self-referential and relative. Therefore, legal thought, language, and judgement are determined by inescapable epistemic, linguistic, cultural and moral frameworks. The gist here lies not in the hardly deniable proposition that throughout history and geography we have a plurality of epistemic, normative, and cultural frameworks. The gist lies in the assertion that these frameworks are incommensurable.

The symposium can be seen as an attempt to test the alleged incommensurability. The contributions and responses could be seen as an exercise in intercultural hermeneutics in which the conversation or “dialogue” between the legal material (texts) and their readers (scholars) is explicitly loaded with the concept of culture (including legal culture). The cultural distance can be revealed, described and conveyed through interpretation. Intercultural hermeneutics thus presuppose, search, find and enlarge the overlaps between different cultures and philosophies. These overlaps make cross-cultural communication and understanding possible ─ also on questions of international law.

Ultimately, such a project needs to be complemented by anthropological research trying to ascertain the validity of moral norms empirically with a view to actual moral attitudes of people. Empirical studies are helpful to shake and challenge predispositions, but will do the job only if they are informed by a conceptual framework which proactively foregrounds pluralism. On the basis of such a conceptualisation and method, universalism would not be based on an a priori reasoning, but it would be an ex post universalism based on empirical data. 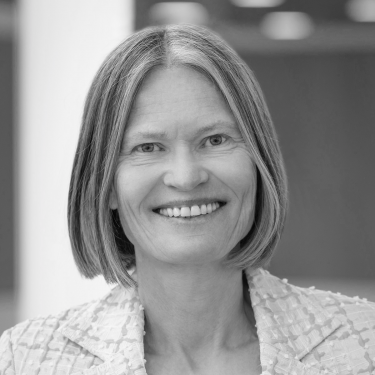