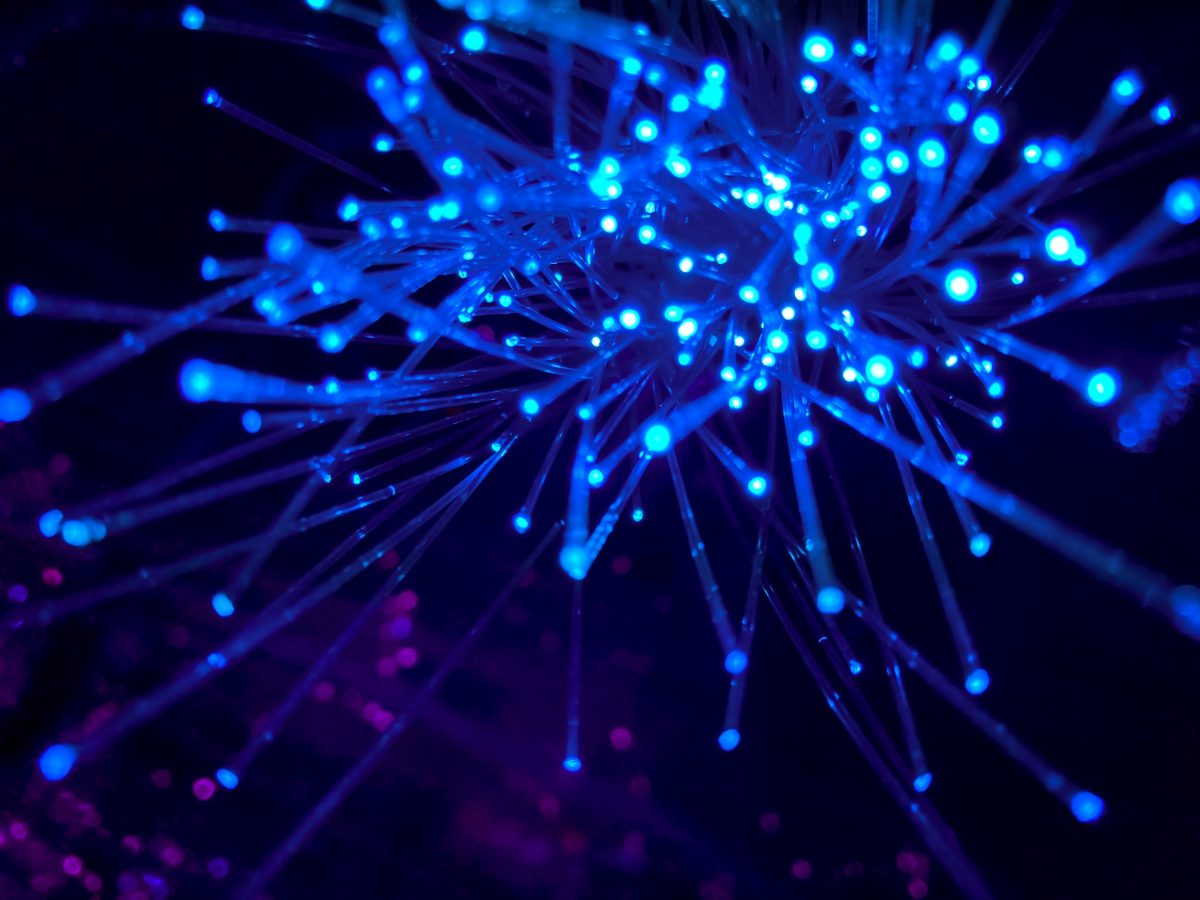 Photo by JJ Ying on Unsplash.

More than Names and Numbers?

Clashing Notions of Legitimacy in Internet Sanctions Against Russia

On Monday, the Ukrainian representative on the Governmental Advisory Committee of the Internet Corporation for Assigned Names and Numbers (ICANN) sent an e-mail asking the President and CEO of ICANN to “address an urgent need to introduce strict sanctions against the Russian Federation in the field of DNS regulation”. Although it seemed highly unlikely right from the beginning that ICANN would adopt such “sanctions” for various reasons, and it predictably declined to do so on Thursday, the case draws attention to persistent questions around the meaning of neutrality in Internet governance. In my opinion, it also highlights the need for even thicker multistakeholder governance of the domain name  system (DNS), rather than a turn to intergovernmental or even “territorial” modes.

Domain names are crucial to our online experience: They represent the number codes that identify machines on the internet in easier to remember forms such as “voelkerrechtsblog.org”, making the internet’s interface a lot more human-friendly. ICANN holds the final responsibility for maintaining the database which lists all domain names and who has registered them, while the actual allocation of most types of domain names has been delegated to a number of private and state registrars under ICANN’s umbrella. ICANN, with input from the internet community, states, and businesses, has also elaborated sets of rules and guidelines that lay out which procedural and substantive standards must be observed in the process. Decisions regarding certain types of domains also remain centralized with ICANN.

As soon as reports of the Ukrainian request to have, inter alia, the top-level domains (TLDs) .ru, .рф and .su delisted began to emerge, experts agreed that such a move by ICANN would only hurt the wrong people: By effectively severing the ”Russian” part of the internet from the rest, Russian citizens would have been left completely abandoned to Putin’s war – excuse me – special operations propaganda machine, with few ways of accessing outside information.

In addition to this, another concern arose: if ICANN had stepped up to this request, it would have committed what one commentator called “institutional suicide” by giving up any (semblance of) neutrality as an organization. Some would have seen such a step leading to a “balkanization” of the internet, by further incentivizing dictatorships to split it into separate regional or national sectors, a conjecture supported by Russia’s recent “Runet” project that would essentially create a separate internet only for Russia. Others believed it would have renewed Russian (and others’) requests to transfer ICANN’s task to a UN-led international body.

A Unique Institution in Transition

ICANN’s institutional make-up is both a testament to the internet’s history and its present. ICANN was incorporated as a nonprofit public corporation under Californian law in 1998, following decades during which the task of administering the domain name system (DNS) had been carried out by a single individual. It has only recently transitioned from being officially tasked by the US government toward a more global multistakeholder model, motivated in no small part by growing distrust in the US following Snowden’s NSA revelations (which also spurred the Brazil-led NetMundial initiative). As exemplified by the years-long saga surrounding the .amazon TLD, governments are increasingly hurrying to get involved in the governance of the internet – and the Ukrainian case can be expected to heat up the conversation around this, regardless of ICANN’s decision.

Commentators have highlighted the importance of ICANN’s neutrality. And indeed, in his response to the Ukrainian request, ICANN’s CEO Göran Marby wrote that “[…] ICANN has been built to ensure that the Internet works, not for its coordination role to be used to stop it from working. […] The globally agreed policies do not provide for ICANN to take unilateral action to disconnect these domains as you request. You can understand why such a system cannot operate based on requests from one territory or country concerning internal operations within another territory or country. Such a change in the process would have devastating and permanent effects on the trust and utility of this global system. […] Within our mission, we maintain neutrality and act in support of the global Internet. Our mission does not extend to taking punitive actions, issuing sanctions, or restricting access against segments of the Internet – regardless of the provocations.” Both the reference to an almost stewardship-like self-image and to “globally agreed policies” as almost some kind of constitutionalist frame are quite striking. Similarly, responding to a parallel Ukrainian request to RIPE NCC, the regional organization responsible for managing participation in the IP address system, this institution stressed that “[i]t is crucial that the RIPE NCC remains neutral and does not take positions with regard to domestic political disputes, international conflicts or war. This guarantees equal treatment for all those responsible for providing Internet services.” When comparing these statements with action taken e.g. by companies such as Google or Tesla in the current situation, the differences between a factually extremely powerful transnational player and one which actively self-identifies and is viewed as a governance player come into focus.

A Legitimacy Gap in Internet Governance?

While a “territorialization” of the internet intuitively has many points against it, I would suspect that sympathies for an UN-led internet governance body, as opposed to a weird private transnational player with dubious US ties, are far more widespread. This sentiment is understandable, perhaps even more so in the current situation: although it always seemed more than likely that ICANN would take the prudent course and not adopt the measures proposed by Ukraine, it might have felt more legitimate if such a highly political decision were made by a body that, well, seems more legitimate. After all, mere neutrality as a guiding principle has lost a lot of meaning and persuasion these days, and ICANN’s apparent self-awareness about the power it wields makes the question of whether a private actor should wield it all the more pertinent. However, at least some potential arguments for a transfer of ICANN tasks to a UN body only make sense if, frankly, you understand little about how either works.

First, those less familiar with ICANN might bring up transparency of decision-making, a concern which can be easily dissolved by looking at the resources on the ICANN webpages. The same research would probably go a long way towards reassuring those concerned about accessibility and civil society involvement. The UN unfortunately does not compare altogether favorably in both aspects, as do, for that matter, actors such as Google and Meta.

The question of US reach into ICANN has lost much of its weight with the 2016 transfer, making it harder for e.g. Russia to delegitimize a potential decision against it on these grounds – although historic continuities and path dependencies as well as ICANN’s status under Californian law could serve as residual points of attack.

More to the point, the question of legitimacy at ICANN is the basis of ongoing scholarly discussion. Democratic links to national constituencies in the classic sense are mostly missing, except through the Governmental Advisory Committee, which is only involved in some decisions. Similarly, accountability could be an issue (although, if you have found a way to hold the UN accountable for damage caused, the citizens of Haiti would like to know your location).

It seems that in global internet governance, two concepts of legitimacy clash: the internet community historically puts a higher emphasis on neutrality as well as output as a hallmark of a trustworthy institutions, which results in a lean towards non-state, independent, and efficient actors. Governments and international lawyers of a more classical turn, on the other hand, care about input, i.e. the link to state representation and sovereignty, and conceptualize neutrality through a lense of plurality of input and procedural justice.

I do believe that the better way to do justice to both these – legitimate – perspectives lies in ongoing reform of the models of multistakeholder governance already in place within ICANN, if only as “the best out of a slew of bad options”. As Marby pointed out in his letter answering the Ukrainian request,” [ICANN’s multi-stakeholderism] […] fosters the global public interest and makes the Internet resilient against unilateral decision-making”. Further “thickening” multistakeholder models around sensitive and political decisions such as the one taken on Thursday will go a longer way toward acceptance from both communities than upholding an abstract, frail, and one-dimensional notion of neutrality.

Dr. Isabel Lischewski is a Post-Doctoral Research Assistant with Prof. Dr. Nora Markard at WWU Münster. Her research interests lie in global governance, critical theory, and access to justice. She is an editor at Völkerrechtsblog.