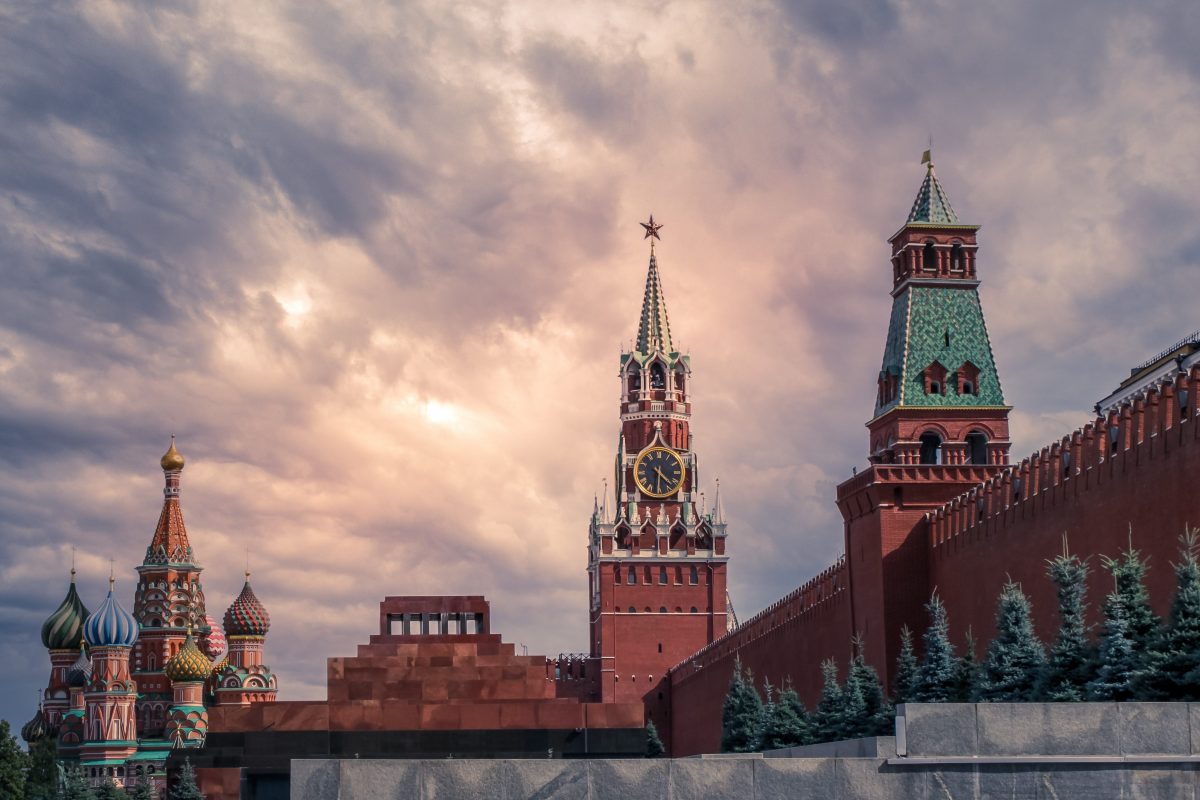 Photo by Paul G on Unsplash.

Is History a Good Legal Argument?

The Current Russian-Ukrainian Relations Haunted by Spectres of the Past

It has become a frequent occurrence for Russia’s top leaders to write about their views on the western approaches to international law and international relations concerning Russia or the Post-Soviet space. After Russia’s foreign minister, Lavrov, attempted to defend Russia’s commitment to the universally accepted principles of international law in an opinion posted on Kommersant, which has been thoroughly analysed in another post, president Putin came out with a thought-provoking essay entitled ‘On the Historical Unity of Russians and Ukrainians’ published in both, Russian and Ukrainian, on the official website of the Russian presidency on July 12.

This essay raises serious questions about the role of history in shaping the present international legal order. But rather than focusing on the accuracy of president Putin’s historical account, which has been done elsewhere, this post will focus on Putin’s theory on the relations between Russia and Ukraine. Could a shared history of two nations – such as that of Russia and Ukraine – legitimize imperialist practices? And does having a shared history also implicate that there exists an identical narrative about this history? Putin’s essay seems to suggest that this is the case. For a better deconstruction of his arguments, however, one should look into the common history of both states through Putin’s eyes, while analysing how Russia deals with Ukraine from a Russian perspective of international law and international relations.

On Russians, Ukrainians and Their Historical Unity

Putin embarked on his analysis of the historical unity of Russia and Ukraine by pointing out the existence of ‘one large Russian nation, a triune people consisting of Great Russians, Malorussians (Ukrainians) and Belarusians’. As the latter shared the same language and Orthodox belief, Putin paid particular attention thereto in his claim of unity. But despite the constructed historical unity of Russia and Ukraine, president Putin expressed his deepest regrets about the appearance of a wall between the two countries during the last years.

Putin stressed, and rightly so, that this imaginary wall is the result of the mistakes committed in different periods. However, Putin’s claim did not provide a coherent and impartial analysis of the struggles between the two States. Although he admitted historical wrongdoings committed during the Tsarist and Soviet periods, Putin criticized the West’s influence on Ukraine’s domestic matters and Ukraine’s favourable reaction to them. Unsurprisingly, he passed over quietly Moscow’s own ongoing attempts to dominate the relations with Kiev and criticized the West’s projection of Ukraine as a buffer zone between Europe and Russia, envisioning that ‘the true sovereignty of Ukraine is possible precisely in partnership with Russia’.

Legitimizing the Annexation of Crimea

The most striking aspect of Putin’s essay is his call to revise the 1991 Belovejsk Agreement, through which the 1922 Agreement on the Creation of the Union of Soviet Socialist Republics ceased and the Commonwealth of Independent States was created. Putin seemed convinced that ‘the founding republics of the Union, after annulling the 1922 agreement, must return to the borders within which they entered the USSR’. This implicitly means the ‘reintegration’ of Crimea into Russia. As he further insisted, Crimea became part of Ukraine in 1954 through ‘serious violations of Soviet and Russian legal norms’. This is because the transfer of Crimea from Russia to Ukraine was done without people’s vote as the laws provided for. Such being the case, as Putin stressed, there are all the premises for Crimean ‘reintegration’.

This argumentation is problematic for several reasons. Factually, such an occurrence could open Pandora’s box and create a dangerous precedent that might be used for similar claims around the world (indicatively Germany proclaiming all of a sudden its intention to be ‘re-united’ with Austria). Legally, such annexations violate several international legal principles, primarily the State’s territorial inviolability and integrity as enshrined in Art. 2(4) UN Charter. However, this is not the first time that president Putin uses history to legitimize Russia’s actions. This was also the case, when he addressed the Federal Assembly of the Russian Federation with a sense of paroxysm on Crimea’s historical links to Russia after the annexation of Crimea in 2014.

Putin’s adamant position on constructing a shared history between Ukraine and Russia also unfolds Russia’s intrinsic attitude towards maintaining relations with neighbours through the lenses of history. The Russian argumentation regarding the legitimization of Crimea’s annexation is filled with historical narratives. It is worth noting that Russian efforts in securing its position in Crimea dates back to the 19th century Crimean war during the shrinking years of Ottoman empire. Just as Nicolas I. relied on Russia’s imperial position of protecting the Orthodox subjects before the outbreak of the Crimean conflict, Putin laments on the Russian minorities in his speech on Crimea in 2014.

It is true that Russia’s support for the independence claims in Donetsk People’s Republic and Luhansk People’s Republic are based on historical factors. In his essay, Putin insists that ‘Kiev simply does not need Donbas,’ because the people of this region ‘would never accept the rules they have tried and are trying to impose by force, through blockades and threats.’ This essay is an implicit usage of the right to self-determination that Russia is keen to use, when it is in its interests. It is rather ironic that Russia’s own Concept of the Foreign Policy of the Russian Federation, approved by Putin in 2013, depicts the State’s stand on intentional law and the universality principle. Yet contrary to this engagement, Putin’s essay, bolstered by historical claims, has affirmed the validity of international legal principles’ utilization under historical narratives. Although the use of history for the legitimization of States’ acts is not alien to international law, the Russian interpretation of the universally accepted principles might be incomprehensible for a Western reader.

What Does the West Need to Comprehend?

The bottom line of Putin’s essay reiterates his frequent conviction that both Russian and Ukrainians should be regarded as ‘one people’. But this essay is not just a paroxysm on the two nations’ unity, as it challenges Ukraine’s rights to exist with different ideological-political stances. The phrase ‘one people’ is a blunt expression indicating that Ukrainians are Russians; it does not mean to suggest that Russians are Ukrainians. Instead, he claims that modern-day Ukraine occupies Russia’s historical lands, which he compares to a robbery. His essay, which suggests that Russia has always treated Ukraine “with great love”, is akin to sheer sarcasm, as this so-called ‘love’ led Moscow to impose severe trade sanctions on Ukraine, when Putin’s stooge, Victor Yanukovych, was ousted in 2014.

In dealing with Russia during the post-Cold War, the West has always excluded Russia’s nostalgia for restoring its imperial legacy. In his classic book on Russian nationalism and its historical antecedents ‘Lost Kingdom : The Quest for Empire and Making of the Russian Nation’, Serhii Plokhy analyses the central role of Ukraine in Russia’s identity as a binary factor, which embodies pan-Slavic conceptualization and at the same distinguishes Russia. Indeed, examining Putin’s dubious political stances towards Ukraine during the past two decades, one can realize that his controversial claims are neither new nor surprising. During his meeting with the then US president, George W Bush, at the 2008 NATO summit in Bucharest, Putin stressed that Ukraine had no real sovereignty. Thus, his latest essay, which glorifies the historical ties between Russia and Ukraine, should be understood as a continuation of his claim of Russia’s superiority in the Slavic space.

From an international legal perspective, Russia has often denounced the universality of international law. The seminal works of Lauri Malksoo aptly illustrate the obsession that Russia has been maintaining as a State with a unique civilizational legacy to international law. Nonetheless, Putin’s and Lavrov’s statements emerged in the aftermath of the declaration on the New Atlantic Charter, last June. The new Charter has reaffirmed the vision propounded by Churchill and Roosevelt in 1941 to defend the West’s commitment to democracy and rights of self-determination. Also, Biden’s pronouncement on his unwavering support to the territorial integrity of Ukraine after meeting his Russian counterpart, Putin, in Geneva on June 16, is another significant factor, which sharpened Putin’s narrative on the historical unity between Russia and Ukraine. He clarified that Ukraine would not gain any fruitful result by its hobnobbing with the Euro-Atlantic alliance as Ukraine’s political destiny is historically rooted in the Ruski Mir. All in all, Moscow is likely to continue its adamant position towards Ukraine regardless of international norms and as Putin’s essay suggests, history will continue to be used as legal argument in this context. 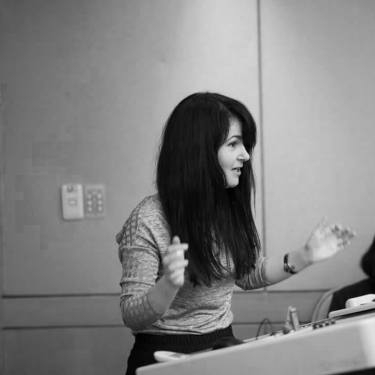 Lucia Leontiev is a PhD candidate in international and human rights law at Sant’Anna School of Advances Studies (Italy) and Maastricht University. 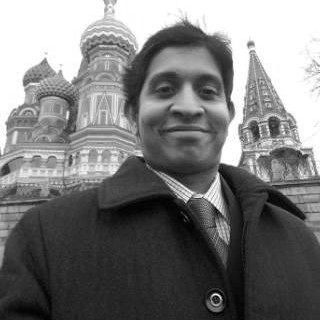 Punsara Amarasinghe is a former visiting researcher at Global Legal Studies at University of Wisconsin Madison and reading for PhD in law at Sant’Anna School of Advances Studies (Italy).