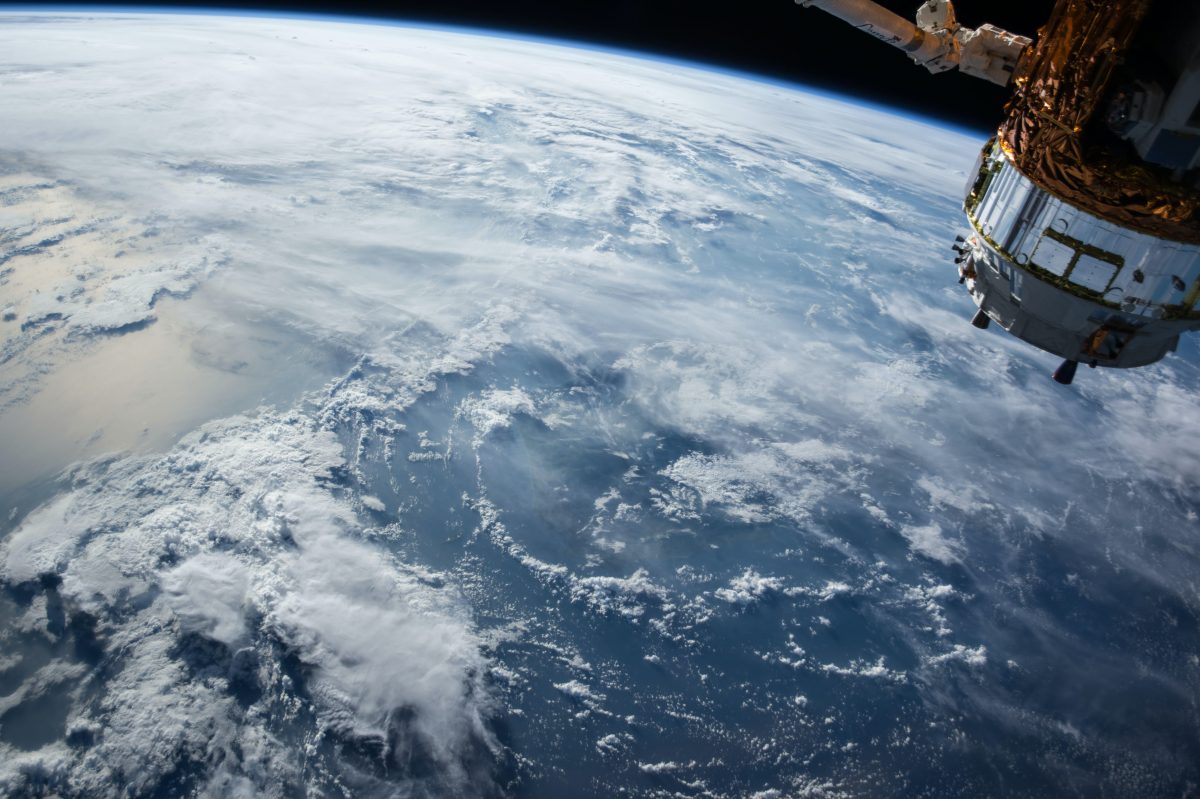 Photo by NASA on Unsplash

International Lawyers, Look to the Heavens – Before We Lose Them

What kind of law do you ‘do’? Where would you place its outward bounds? Substantively, but also geographically; what lines do you draw in your imagination to encompass your field(s) of interest? And most importantly – how far up do they go?

I consider myself a generalist international lawyer interested in outer space – ‘space lawyer’, though the coolest business card, isn’t quite accurate. But recently, my PhD proposal (on environmental rights in orbit) has generally elicited one of three reactions from my invisible collegiate colleagues:

These replies are entirely well-intentioned, but their implication is clear – space law is something obscure or Other to international law, writ large. Wise, experienced friends have cautioned me not to ‘limit myself’ to this field, as if what space lawyers ‘do’ is only tangentially international law at all. Others have warned me to expect rejection from non-space-specialised programmes, suggesting space law doesn’t engage enough ‘real’ international law to supervise, admit, or fund. In my experience thus far, none of this advice has been unfounded.

Almost every space lawyer I know has similar stories – even Judge Manfred Lachs began his 1964 Hague Academy course with:

“Need I apologize for my choice of subject? Some may say it belongs to the realm of exotics of law. Some may ask: Why deal with issues so remote when there are so many much closer to us still awaiting a solution? Why reach so far? … is it not true that we face here fascinating issues of law, a new world or worlds far beyond anything man has ever reached for?”

As international lawyers, we are accustomed to writing about all manner of distant places, peoples, and problems. From where I’m writing in Cambridge; outer space is closer than Oxford. But somehow, space is too distant to ‘matter’ to the international legal mainstream.

It wasn’t always this way.

Once upon a time, the Who’s Who of international law had their eyes to the sky. There was Manfred Lachs, of course, who chaired the UN Committee negotiating the Outer Space Treaty before his promotion to the ICJ in 1967. There was Philip Jessup, who co-wrote a seminal history of space law a year before his own appointment to the ICJ bench. Wilfred Jenks led the ILO – but twenty-five years before, he was proposing progressive space resource-sharing mechanisms. Bin Cheng’s theory of ‘instant custom’ left doctrinal ripples still debated in modern syllabi on the subject. Myres McDougal and Harold Lasswell launched their New Haven School with one of the first books published on space law, years before the space treaties. Schachter, a quarter-century before coining our ‘invisible college’, passionately defended space as the “common heritage of humanity”. The list goes on – as does, frustratingly, its limited gender, racial, and regional representation.

Space law, once the work of giants, is now reduced to footnotes, punchlines, and interest panels at conferences. Compare this to the ‘mainstream’ of international law – generalism, but also those fields most represented in the international legal academy. Those fields with (chaired) professorships, landmark, frequently-updated textbooks, regular job opportunities, and reliable places in syllabi, top journals, and academic blogs. Space, now distant and obscure, does not feature – except on (text)book covers, where apparently, that ‘provincial’ space perspective isn’t so provincial. Seriously. Has anyone noticed this?

Mainstream international law sees space law as distinct, provincial, and esoteric – something best studied in secret and only by trained professionals safely cloistered in arcane lands like Montreal, Leiden, or Lincoln, Nebraska. But space is big, and its lawyers few – those with critical or unorthodox approaches number even fewer. The resulting vacuums in scholarship are both concerning and surprising; international legal scholars are, to oversimplify, professional niche-finders. Right above our heads hangs a niche as wide as the sky – why have so few looked up?

Consider the place of space within Third World Approaches to International Law (TWAIL). Space law was born bracketed by Bandung and the New International Economic Order; it rose as formal colonialism fell. Between the first satellite and the first space treaty, UN membership increased by half with formerly colonised states. Space law was formed as the Global South states first outnumbered the North, in the midst of rampant US and Soviet intervention throughout the Third World. For the Global South, and even some in the North, the colonial and imperial implications were clear. As then-MP Michael Foot put it, “Does [the Prime Minister] think that the United States Government have the right to treat the Universe as if it belonged to them—like some Latin-American State?” The Global South spent the space age developing detailed views on space governance – views we’ve since erased. Today’s space law is one of the clearest examples of the colonial impact on international law (Cheng 1986, p. 190). Why do so many TWAIL histories skip the Space Age entirely? Surely the ‘Final Frontier’ deserves anti-colonial analysis (à la Treviño 2020). Where are the Third World analyses of space law?

Likewise, Business and Human Rights has paved new pathways to analyse and critique corporate conduct. Space, the playground of the biggest businesses in human history, has so far escaped its purview. What about the companies constructing critical global infrastructure, but also risking irreparable harm to key orbits? Which, and whose, human rights are at stake – and how do indirect harms factor into the human rights equation? Are their rewards proportionate? What harms might come about from businesses purporting to set their own laws, as SpaceX has for Mars?

And then there is environmental law. Environmentalism and space entered into the global consciousness side by side. Throughout the 1960s, space was part of ‘the environment’ – for ICJ judges (p. 46), scientists (p. 4), diplomats (p. 19, speech by India), and the popular press alike. Since then, space has dropped off the environmental legal horizon, with the exception of the Brundtland Report (e.g. ch 10, paras 56, 80). Today, space and environmental law are less siblings than distant cousins, 100 kilometers removed. Now is the perfect time for reconciliation – and reintroduction to recent caselaw expanding states’ procedural and substantive environmental obligations in areas beyond national jurisdiction (Nuclear Weapons, para 29; ITLOS AO, para 148, Costa Rica v Nicaragua, para 104). Space lawyers have started the dialoguewith some great work, but the dynamic development of both space and environmental law means more is merrier. What might environmental principles or procedures like impact assessment look like in orbit? What problems might they solve? What does ‘harm’ mean in a hostile milieu?

These are a quick few of the many perspectives we lack in space. Such work is happening within space law, but it will remain suspended in the void without ground support. What else is space law missing out on? How much could it grow if that separation was bridged? Conversely, how might the mainstream benefit from being test-launched to such a dynamic realm? Tenets of modern orthodoxy like state responsibility (Stubbe 2017, pp. 82-4; Cheng 1986, pp. 207-8), the common heritage of humankind, and instant custom certainly did.

One fantastic example by MJ Durkee started from a doctrinal question – could private space activities attributable to a state (under art VI Outer Space Treaty) form or shape custom? Of course, that line of thinking has fascinating terrestrial implications – and look. We all learn, because a thoughtful generalist looked up long enough to wonder.

As we expand into space, our very idea of ‘we’ expands accordingly. So too does our view of the possible. Space inspires the same sense of global community international law has tried to foster for decades – as proven every time the world’s imagination is caught by a Mars rover, a rocket launch, or a meteor shower. These fields, which are the same field, have so much to learn from each other.

Who Speaks in Our Absence?

The problems of space law are no longer science fiction. They are real, modern, and myriad. They are whizzing around us a dozen times faster than a bullet; they are test-launching for Martian conquest on a monthly basis. With so few international lawyers looking to space, who is safeguarding the law in our place? I wish I could pretend this was a new problem – but again, it is not. As Frank Simpson III said in 1958,

“Admittedly, most of the space law problems are still in the future. However, this is not in itself a reason why lawyers should not concern themselves with the questions that may arise or their possible solutions. If lawyers do not concern themselves with these questions, others will – and we may someday find ourselves confronted, by default, with undesirable laws or regulations or, by the same token, we may find that non-lawyers have entered the field to our disadvantage.” (Simpson 1958, p. 41)

If international lawyers leave space a legal vacuum, others will fill it instead. Already, our abdication has enabled billionaires and militarists to take the reins of space discourse and declare its law obsolete. The myth of space as a legal vacuum is as old as space law itself (Galloway 1958, p. 60; Corrigan 1965, p. 858). Never has it been more false. Our international legal toolbox is bigger than ever before, and especially since the Space Age. As Mom used to say, we should use the rules we have at home before getting new ones. At full disciplinary capacity, space law’s challenges just might be assailable.

Unfortunately, in our absence, that myth of lawlessness has prevailed. This creates a space oriented not towards the rights of states or peoples, but towards limitless capitalism and the extractivist futures it imagines. The scramble for the stars has been raging quietly, high above our ground-fixed gazes. But law happens – with or without its lawyers.  If international lawyers don’t aim higher soon, the sky may well become our limit. 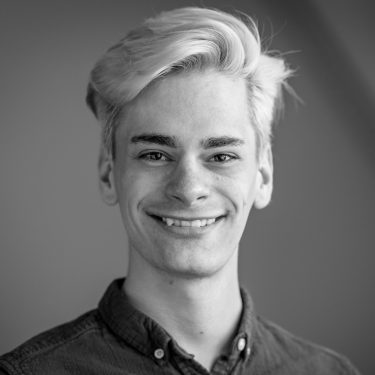