The American Convention on Human Rights establishes the inter-State dispute mechanism in its Article 45. Unlike the European human rights regime, members of the Organization of American States (OAS) must expressly “recognize[] the competence of the Commission to receive and examine communications in which a State Party alleges that another State Party has committed a violation of a human right set forth in this Convention”, with an addition that “the Commission shall not admit any communication against a State Party that has not made such a declaration” (Art. 45 (2) American Convention).

As mentioned, as of today there have only been two instances in which States have used this mechanism. First, in 2006, Nicaragua lodged a communication against Costa Rica, arguing that Costa Rica had failed to guarantee the rights of Nicaraguans immigrants, resulting in the violation of several provisions of the American Convention on Human Rights. In its inadmissibility report, the Commission found that Nicaragua had “failed to prove the existence of a generalized practice of discrimination by Costa Rica against the Nicaraguan population” (para. 305). One aspect that is important to note is the Commission’s elaborate articulation of a “truly inter-American public order” (para. 197) which underlies the justification of inter-State communications, and, as Hélène Tigroudja explains (forthcoming on Friday), is also part of the traditional narrative on the European Court of Human Rights’ use of inter-State disputes, under the European Convention. As I will show below, the Inter-American Court has returned to this notion in advisory proceedings that can operate as inter-State cases in disguise.

Second, in 2009, Ecuador filed a communication against Colombia for the extra-judicial killing of an Ecuadorean citizen in the context of a military operation conducted by the Colombian army in Ecuadorean soil. The case had a convoluted proceeding before the Commission, with the two States attempting several times to reach a friendly settlement, which, after multiple iterations, they did. The Commission archived the communication, and the States went on to agree on the terms of their settlement.

The fact that this communication ended in an amicable solution raises its own questions as to how friendly settlements may operate in the context of inter-State disputes. As I have argued elsewhere, settlements in the context of human rights violations, as opposed to, say, private entities’ disputes, may demand that human rights bodies be careful as to the requirements under which such settlements are permissible. If such settlements concern inter-State disputes, where States act on behalf of individuals whose rights have been violated, considerations as to the types of remedies and the role of victims vis-à-vis States in the proceedings demand close attention.

As Laurence Burgorgue-Larsen noted during the conference, Latin American States have had a number of international disputes, many of them concerning border disputes, the use of river waters, environmental issues, and of course, human rights. Yet, States have chosen different venues to address their disputes. Many States resort to the International Court of Justice (ICJ), pursuant to specific dispute settlement clauses or to the general 1948 American Treaty on Pacific Settlement (known as “Pact of Bogotá”, which has been ratified by sixteen out of thirty-five OAS members).

More recently, however, some States seek advisory opinions by the Inter-American Court of Human Rights, as a way of confronting other States without necessarily mentioning them. This section will briefly consider the latter, which could be considered as a “covert” or “disguised” inter-State disputes under the inter-American human rights regime.

Two of such requests – both made by Mexico – concern, generally speaking, the rights of immigrants, which is evidently a human rights matter. In 1997, Mexico sought the Court’s opinion “on behalf of some of its nationals, whom the host State [i.e., the United States] had allegedly not informed of their right to communicate with Mexican consular authorities and who had been sentenced to death in ten States in the United States” (Advisory Opinion OC-16/99, para. 2). As this paragraph makes clear, the opinion sought had a clear “respondent” State, even though it was one that had not – and has not – ratified the American Convention. The Inter-American Court rendered its opinion and found that the 1963 Vienna Convention on Consular Relations “confers rights upon detained foreign nationals, among them the right to information on consular assistance, and that said rights carry with them correlative obligations for the host State” (dispositif 1).

The second request by Mexico – also concerning the rights of migrants under international law – generated a landmark advisory opinion, issued in 2003.  In Undocumented Migrants, the Court found that States have a duty to respect workers’ right to equality and non-discrimination despite their undocumented status, and laid out guidelines for the treatment of undocumented workers. It has been argued and was noted by interveners in the advisory proceedings (see opinion, pp. 34, 46, 47), that the opinion was a move in response to a decision by the U.S. Supreme Court, which severely restricted the rights of undocumented workers. The most remarkable passage of the opinion remains the Court’s finding that the principle of non-discrimination had attained the status of a jus cogens norm (dispositif 4), a move that has generated considerable criticism, and that no other international court has espoused. As Andrea Bianchi has noted, arguably the Court’s articulation of jus cogens “may have been instrumental in reaching the United States, not a party to the American Convention on Human Rights”.

In 2014, the Court issued an advisory opinion on the “Rights and Guarantees of Children in the Context of Migration and/or in need of International Protection”. This time the request came from four States, acting under the Mercosur group, a South American trade bloc defined as “a process of regional integration initially established by Argentina, Brazil, Paraguay and Uruguay”. Once again, it was fairly clear that the request was directed to address a specific context, this time the situation in the northern part of Central America and, of course, North America, that is, the Southern border of the United States. Remarkably, the Court declared that its conclusions had “legal relevance” to all States that have adopted the 1948 American Declaration of the Rights and Duties of Man—e.g., the United States—and not just those that have ratified the American Convention (para. 32). What we see here is not just the expansion of substantive rights by way of judicial interpretation, but also the Court’s expansion in its reach in terms of the OAS States that may fall under its jurisdiction. The United States is not a party to the American Convention, and is therefore not subject to the Court’s jurisdiction; yet, through its advisory role, the Court seems to attempt to hold the State accountable for human rights violations committed against the nationals of third States—a matter that would conceptually fall under an inter-State dispute mechanism.

Finally, Colombia is another State that has resorted to advisory proceedings to process international disputes in at least two cases. The first one concerns a dispute with Nicaragua – brought by Nicaragua before the ICJ. To strengthen its case before the World Court, Colombia requested and obtained an advisory opinion by the Inter-American Court on the right to a healthy environment. More recently, the latest advisory opinion issued by the Inter-American Court—also requested by Colombia—addresses the human rights obligations of States that have denounced the American Convention. Although the request was formulated in a seemingly neutral way, the subtext was obvious: Colombia was referring a case on Venezuela, which pulled out of the system in 2012 after a standoff with both the Court and the Commission.

One aspect concerning the latest opinion that is worth mentioning is the Court’s reference to the notions of “inter-American public interest” and “collective guarantee” of human rights (Chapter VI). The Court notes that the “collective guarantee” notion “underlies the entire inter-American system, and in particular to the solidarity and good neighborliness among the States of the Americas [which must] cooperate with each other in order to comply with their international obligations, both regional and universal” (para. 163). This reference to the inter-American public interest implies that all States have a stake in ensuring the protection and promotion of human rights in the region, and is connected to the emphasis that the Inter-American Commission placed on this notion in its inadmissibility report in the Nicaragua v. Costa Rica communication. So, in a way, through the use of advisory proceedings, the Court returns to the idea that, underlying the use of inter-State communications, it is the region’s interest that should drive the mechanism, rather than the defense and representation of particular State interests.

One problem with the Court’s use of its advisory powers, as I argue in a forthcoming paper, is that the Court has not articulated clear admissibility standards to exercise its advisory function. If, as I have explained here, States turn to the Court in it advisory function to address inter-State disputes, such admissibility requirements, as well as sound methods to engage with States, are even more in order.

The practice of inter-State communications under inter-American human rights law is virtually non-existent.  With only two such cases, none of which have reached the Inter-American Court, the analysis necessarily needs to be broadened. Looking at the Inter-American Court’s advisory practice can help us better understand how Latin American States, when they do not litigate before the ICJ, may prefer to use the non-contentious mechanism of advisory opinions.  The reasons why States engage in this practice are beyond the scope of this contribution.  One would hope, however, that further research will help us elucidate how the advisory role of the Inter-American Court may serve as a substitute for the mechanism of inter-State communications, and what the consequences of using such “disguised” mechanism can be for the regional human rights regime. 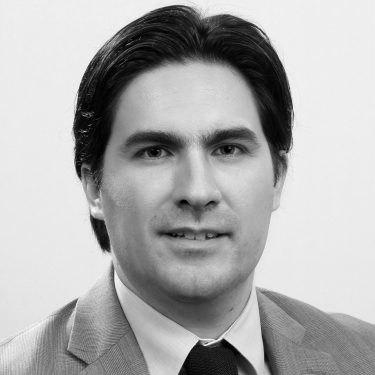