Friendly Settlements as the Sleeping Beauty in Inter-State Cases

Opportunities and Risks for the European Court of Human Rights

With their flexible legal framework, friendly settlements (‘FS’) before the European Court of Human Rights (‘ECtHR’) have proved helpful in managing the Court’s ever-growing caseload of individual applications (Keller et al., pp. 49 ff). In inter-State cases, given the more evenly distributed power balance between the parties – and the political dimension of these types of disputes – one might expect FS to be equally prevalent. In principle, this classic instrument of international law seems even better suited to inter-State proceedings than a judgment would be. However, only two FS have been reached in the context of inter-State cases before the ECtHR to date, namely in France, Norway, Denmark, Sweden, Netherlands v. Turkey and Denmark v. Turkey.The reason why FS have not played a major role in inter-State cases before the Strasbourg Court so far is that the willingness of the parties to negotiate, let alone to agree on the terms of a FS, poses a particular challenge. However, FS offer many advantages in this context. This post argues that there is room for FS in inter-State proceedings and suggests how this mechanism can play a more prominent role in the future.

Multiple Possibilities for a Friendly Settlement

The legal basis for FS is contained in Article 39 of the European Convention on Human Rights (‘ECHR’), which imposes few legal requirements in terms of content and procedure. Accordingly, proceedings before the Court can be terminated by a FS at several stages during the course of an inter-State proceeding (see for a chart with regard to friendly settlements in individual applications Keller et al., p. 300). Although the first opportunity to settle a case arises after an application has been registered, it is unlikely that the parties will have an interest in entering negotiations at this early stage. This is due to the fact that the further course of the case is still unclear at this point, given that the Court has not yet declared the application admissible (whether in full or in part). Such initial reluctance towards negotiations may change once the application has passed the admissibility stage. At this point, the scope of the case has been determined and the parties might have astronger incentive to negotiate. If the parties remain unable to reach an agreement, and the Court issues a judgment on the merits, but adjourns the question of just satisfaction under Article 41 ECHR, a third possibility for a FS opens up. One might expect a so-called ‘follow-up FS’ to be likely under these circumstances, given that only financial issues remain to be decided and alleged Convention violations are no longer the subject of the dispute. Although it would also be possible to settle a case between its referral to the Grand Chamber and the resulting judgment, at this point the parties are presumably more interested in having their dispute adjudicated than in negotiating. Finally, another possibility should be considered, whereby a FS would technically not resolve an inter-State case but instead address the individual applications arising from an inter-State conflict (see below for the ‘Model FS’).

There are various advantages to resolving a case through a FS. First, the terms are likely to be better implemented than a judgment would be, because a settlement agreement reflects the common will of the parties and allows for tailored measures. Considering that it may take the Court years to rule on the admissibility alone, FS are likely to be reached faster than a judgment would be rendered. Moreover, the parties may appreciate the confidentiality of the proceedings which is foreseen by Article 39 (2) ECHR, the fact that the amicable resolution of a dispute attracts less attention and, last but not least, that a resolution by FS is not listed in the Court’s statistics as a violation of the Convention (Keller et al., p. 58).

However, reaching a FS in inter-State cases is particularly challenging, as a settlement depends entirely on the will of the conflicted States Parties. What is more, managing such negotiations presents a difficult diplomatic mission for the Court. Not only does the Court lack the necessary resources and experience to function as a negotiator in politically complex situations, but it is already burdened by the massive backlog ofindividual applications. It therefore makes little sense to further increase the Court’s workload by burdening it with yet another expectation for which it is not equipped. Thus, if the aim is to encourage the conclusion of future inter-State FS with reasonable effort, it is crucial to be clear about what the Court can in fact manage and what parts of the proceedings need to be accomplished by the States Parties. While the Court is not able to assume a leading role in the FS negotiations, it can assist by providing the initial impetus and creating a suitable framework for the negotiations. However, the States Parties should largely conduct the actual negotiations by themselves.

Such task sharing could be implemented through a multi-stage procedure that could take place at any of the various moments at which a FS is possible, as mentioned in the previous section. Hence, it should be the responsibility of the Court to pro-actively reach out to the parties when there are indications that a settlement may be an option. Since encouraging States Parties to engage in a dialogue is a delicate undertaking, the Court should prepare its Registry on how it can appropriately perform this function. In particular, such effortsshould not simply be initiated at any given time. Rather, the Court needs to focus on key moments and be aware of the fact that the chances for successful negotiations can improve considerably over time. For example, the prospect of a FS in an inter-State case that has long been pending before the Court might gain new momentum with changes in domestic government. However, the most essential feature of the Court’s assistance must be to provide the parties with procedural stability and a balanced framework as a starting point for their negotiations. This requires a roadmap that sets out the necessary cornerstones and a clear timetable for negotiations. Such a roadmap needs to be standardized so that it can be adapted to different situations and ease the Court’s workload as much as possible. The conduct of the negotiations themselves would in turn fall to the States. The involvement of external experts might be useful at this stage but would have to be approached cautiously due to the mutually confidential and political nature of the negotiations.

Once the States Parties have been able to agree on a proposal for a FS, they may bring this before the Court. According to Article 39(1) ECHR, the Court will then review the content of the settlement for its compatibility with the Convention and its Protocols. At this point, the Court faces considerable pressure, as the FS is the result of cumbersome negotiations between the States Parties. Hence, the Court must be particularly cautious not to rubber-stamp serious human rights violations in favor of political expediency. Indeed, the first inter-State FS – reached under the Commission in 1985 and concerning an application brought by France, Norway, Denmark, Sweden and the Netherlands against Turkey – demonstrated that this concern is not merely theoretical (Keller et al. p. 74, Orakhelashvili, p. 258). With this FS, the human rights at issue were not effectively served, neither by Turkey’s assurance of non-repetition and its promise to keep the Commission informed on human rights issues, nor by the declaration that it hoped to soon lift martial law (France, Norway, Denmark, Sweden, Netherlands v. Turkey, paras. 37 et seq).

Another area where the use of FS may be of particular benefit does not relate directly to inter-State applications, but to individual follow-up cases. Such follow-up cases are connected to an inter-State application and are normally postponed until the Court has ruled on the main issues of the inter-State case. They impose a difficult management task on the Court, not least because they can vary widely in terms of their allegations. This means that there is neither a “one size fits all” nor an automatic solution to individual applications. However, the roadmap that we suggest and that would be provided by the Court could define several “model FS” for follow-up cases, which applicants could be incentivized to accept by being offered a slightly higher sum of money than what a violation judgment would provide. These model FS would technically no longer constitute an inter-State FS. However, in order to make this mechanism as effective as possible, a clause should be included in the inter-State FS, according to which the States Parties should strongly encourage the affected individuals to accept the model FS. It goes without saying that both the States Parties and the Court must be careful not to put undue pressure on individuals, as this would violate their right to bring an application before the Court under Article 34 ECHR.

There is undoubtedly room for a better and wider use of FS in inter-State cases. While the willingness of the States Parties to negotiate should not be overestimated, this challenge can be addressed by creating an adequate framework that provides sufficient guidance to the parties without depriving the instrument of its flexibility.

The question of how pro-active the Court should be in FS proceedings is pivotal. The Court is not generally equipped to act as a diplomatic mediator, but it can provide effective support in particular by setting guardrails. Apart from that, the Court can mainly serve as a kind of safety net, which ensures that not just any agreement puts an end to the proceedings.

If FS do play a more important role in future inter-State cases, further questions will have to be addressed. A key consideration is whether the purpose of FS in this area should be limited to monetary compensation or include more “creative” measures, such as those sometimes proposed in pilot judgments. The broader use of FS depends ultimately on the Court’s vision for this instrument, namely whether it considers it first and foremost as a mere tool to reduce the backlog of applications and improve its statistics or as an instrument to preserve the European public order. The latter would undoubtedly be a much more ambitious aim.

Finally, whether a FS can or should be the solution of a particular inter-State case depends greatly on the nature of the application. Similar to individual applications, the use of this instrument might prove particularly successful, on the one hand, when FS relate to pecuniary issues, such as in the recent application of Liechtenstein against the Czech Republic. In such circumstances, it is conceivable that the Court can provide effective assistance that will significantly promote the success of a FS. This is likely to be different, on the other hand, in situations essentially relating to unresolved political problems between States, such as in Ukraine v.Russia (re Crimea). All in all, one should be careful not to overwhelm the Court with tasks that are essentially not judicial. 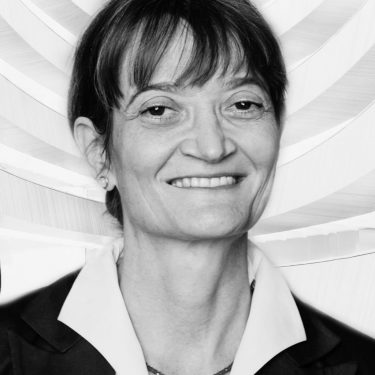 Helen Keller is a Judge at the Constitutional Court of Bosnia-Herzegovina and holds the Chair for Public Law and European and Public International Law at the University of Zurich. Previously, she was a judge at the European Court of Human Rights (2011-2020). 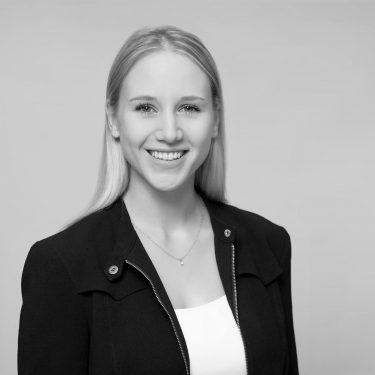 Réka Piskóty is a research assistant for Prof. Dr. Helen Keller, and a PhD candidate at the University of Zurich.