“This is not a history of international law. Instead, it is a history of the legal imagination as it operates in relationship to the use of power in contexts that we would today call international” (1). I have returned multiple times to the introduction and conclusion of Martti Koskenniemi’s new opus magnum to grasp the intellectual context and questions underpinning almost a thousand pages of elegant and accessible writing. Legal imagination, as the author defines it, is “a critical capacity”, enabling “shifting between professional languages, and between professional and private languages”. Applied to the present book, the author wanted “to account for how the idiom of ius gentium and its many cognates have been employed as part of different professional vocabularies”, as well as to “transform […] by shifting between vocabularies, finding new uses for old idioms, creating hybrids or using the languages against themselves” (953). The aim of this ambitious enterprise is to “enable us to have a well-informed, instead of prejudiced, view of the kinds of thinking and doing that have created today’s world”, to avoid that we forget these species of “male” imagination and the “hopeless Eurocentrism” linked with it (956-957) and improve our “own imagining”. The editors of the Völkerrechtsblog have had the kindness to ask me to reflect on three chapters concerning early modern, revolutionary and Napoleonic France, embedded in the work’s overarching theoretical approach.

Legal historians would instinctively turn to unpublished sources to test hypotheses on legal imagination. This is not the path taken here, understandably so in view of the breadth and ambition of the book’s scope, which sometimes creates the impression that one is reading a history of nearly everything. Contrary to the implied modesty of the opening statement (which at first seemed to evoke the surrealist painter René Magritte), the book can be seen as an attempt to address a big question: “Why do well-educated professional women and men think and act the way they do?” (952)

To understand the roadmap of this itinerary, I looked up Michel Foucault’s classic Archéologie du savoir to better understand the meaning and consequences of this angle of approach. The book is positioned in a meta-disciplinary perspective, close to the broad and sweeping ambitions of postmodern philosophy and political science, or maybe intuitively the natural law-thinking of Vitoria, Grotius or Pufendorf ? Was I reading an intellectual history of the West from 1300 to 1870, as in Jonathan Israël’s volumes on the Enlightenment? An ambitious narrative of sovereignty and property, hovering on the same ground as Thomas Piketty’s mighty and empirical data-driven Capital et Idéologie? Several themes, characters and voices were familiar, while others stimulated the reader’s curiosity to discover new grounds. Countless passages and footnotes (e.g. note 90, 367, note 136, 376) are a delight to any contemporary ‘honnête homme’ looking to satisfy his or her thirst for a deeper insight into the development of intellectual life in the West.

The selection of actors and advisers -of course- deviates from the classic canon of statesmen or law of nations-doctrine, in line with Foucault’s idea that our current categories of knowledge (‘savoir’) are not necessarily relevant to categorise past actions, speech and power relations. This original synthesis of philosophical, economic, legal and historical scholarship shall probably become a standard entry point for students of a broader field than international law or legal history alone.

Within the timeframe allotted to read three chapters on France, I discovered a very thorough analysis, bringing together corpora of literature that are traditionally treated separately in legal history-scholarship, a distinction described by the author as “a burden weighing on historical analysis” (957). The rich and very documented footnotes are in that respect a necessity to convincingly argue a point often implicitly digested by historians, namely that “legal work” is a “bricolage”, an art of persuasive writing “combining materials lying around in order to persuade those whose opinions and words matter” (958).

Chapter 5, “Negotiating French ‘Absolutism’ in Europe 1625-1715” is devoted to the reigns of Louis XIII and Louis XIV, or more or less the French “Grand Siècle”. Koskenniemi carefully analyses classical authors as Bodin, Loyseau and Cardin Le Bret (whose treatment of property I found particularly enchanting), building on the established corpus of literature on the French monarchy. Tailored to the joint treatment of both aspects of “authority” and power projected outside the borders of the realm, Richelieu is presented as a key figure in the development of a coherent doctrine of state power encompassing economic and maritime strength (350, 510). At the same time, the book receives the work of historians (Dessert, Rowlands) who exposed the ‘system of flexible accommodation between families called “absolutism”’ (955). The power of venal office-holders, private fermiers who controlled tax revenue or acted as furnishers to the “Giant of the Grand Siècle” (Lynn) was the typically French, local expression of a broader Western combination of property and sovereignty discourses. The assertion that “Bourbon absolutism was not in principle averse to the rule of law”, and that the latter was “not antithetical” to acquiring gloire, is a good example of a statement that can stimulate delving into archival material (393).

Chapter 6, “Reason, Revolution, Restoration. European Public Law 1715-1804” presents abbé de Saint-Pierre, Rousseau, Montesquieu and the Encyclopédistes (441-444), and runs to the establishment of the Empire by Napoleon, where Rayneval and Hauterive are seen as critics of the revolutionary endeavours, the former notably rejection the doctrine of national sovereignty  (481-87). The terminus a quo and ad quem thus intrinsically lead to the progressive development of enlightened law of nations thinking. The treatment of d’Holbach’s naturalism and relativism, or of Gournay, Forbonnais’s thinking on politico-economic strategy in the Seven Years’ War and the Physiocrats, are instances where the author’s unequaled talent for bringing the essence of often convoluted eighteenth-century texts to a twenty-first century audience, unmistakably resurfaces.  For the Revolution, Koskenniemi devotes ample attention to the seminal decree of  4 August 1789, which abolished the feudal double conception of property, drawing on the work of Blaufarb (another parallel with Piketty’s Capital et Idéologie, 127-142). For Koskenniemi, Sieyès had managed to translate the Physiocrats’ insistence on property and liberty from natural law, into political society (476).

Drawing on the work of Bélissa, Koskenniemi highlights the Decree of 19 November 1792 (calling for the use of force to help all peoples who wish to receive their liberty) as the ‘end of European public law’ (466). Robespierre, Carnot and abbé Grégoire illustrate that dynastic Europe was an obstacle to systemic thinking on the organization of the continent. The ‘universal fatherland of liberty’ (Robespierre) would be reached once every European nation had gone through its revolutionary process, or… had been liberated by arms by France, where the young Republic found itself threatened. Koskenniemi’s digest of often contradictory statements during the revolution is that ‘a shift in the vocabularies of authority’ and French analyst’s ‘strategic orientation’ (471) had occurred. When the armies of the Republic were victorious, offensive war could be justified on ideological grounds, as ‘love for humanity’ had become an aspect of patriotism (473).  At the same time, late eighteenth-century thinkers as Condorcet opposed the demise of ‘arbitrary’ classical law of nations (Grotius, Pufendorf) to the ‘véritables droits de l’homme’ (477) and the rise of empirical methods in natural sciences.

Chapter 7, “Colonies, Companies, Slaves. French Dominium in the World 1627-1804” treats French overseas expansion and thus domination, which affected the lives of millions in the early modern period. This does justice to the imperial turn in history and to the critical approach in law. Koskenniemi treats abbé Raynal’s Histoire philosophique and Jaucourt’s anti-slavery essay in the Encyclopédie (496), but emphasizes that this universalist point of view failed to convince the majority of his contemporaries (489). French colonial expansion led to the concentration of hundreds of thousands of enslaved black persons in the West Indies and entailed the transport of more than a million more in the triangular trade. Yet, doctrine devoted comparatively little attention to it (490). Koskenniemi highlights the selective use of slavery metaphors to describe France’s domestic state under the Old Regime, and -again- Montesquieu, Voltaire and Rousseau’s Eurocentrism and stereotyping, contrasting them with a different locus of authority: a cas de conscience treated by the doctors in theology of the Sorbonne (495). In 1698, a -moral- prohibition was said to exist against Europeans buying enslaved Africans.

The chapter turns to French colonial companies during the seventeenth century (including an offer by Richelieu to Grotius, 349), Colbert’s reforms of ailing private enterprises (tying them closer to the ‘network of clients close to the court and […] himself’ (515)), the Code Noir and the question of the Asiento de Negros (studied by Scelle and recently Anne-Charlotte Martineau). Of course, the ambivalent treatment of slavery in the Revolution (Mirabeau, Brissot, Grégoire, Robespierre) with the abolition and reintroduction of slavery, saw discourses on property and freedom clash. The financial burden imposed by France on Haiti during the Restauration (1825), as indemnity for slave owners serves as a dark testimony of this (534-58). As Piketty (263-267) has emphasized, this cruel Haitian debt was ceded partly by France to the United States, and was not paid back to both creditors until 1950.

From FATU to the Uttermost Parts: Stimulating Further Research for Decades?

Koskenniemi triggers and challenges us, shaking up scholarly habitus. The still unequalled From Apology to Utopia opened lawyer’s eyes to the instrumentalization of international legal arguments and the law’s indeterminacy. The Gentle Civilizer of Nations has now received its complement in this substantial volume. This new erudite and clear digest of thinking and writing on authority can stimulate further research for decades. In recent articles and chapters, the author has called to move the field forward towards an intellectual and social history of international law. Kilometers of archival sources await an army of researchers eager to trace Koskenniemi’s analysis, mobilizing the methodological pluralism at the heart of the vibrant cross-disciplinary field of international legal history. Many more voices devised a specific or blended legal language to justify or contest power. Engaging with them might further enhance our understanding of complementary legal imaginations. 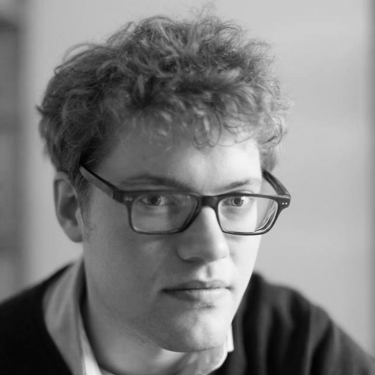