A Critical Challenge for the European Court of Human Rights

At the April 2021 online conference, European Court of Human Rights President Robert Spano averred that inter-State cases present exceptional challenges for the Court, not least complex issues of jurisdiction and law, as well as factual disputes. The Court’s Committee on Working Methods has recently described establishing the facts as being ‘one of the greatest challenges’. This is likely to be so whenever the Court is, in effect, required to operate as a court of first instance (where no domestic court has carried out the fact-finding role) and is often further complicated in inter-State cases by the scale and gravity of the Convention violations being alleged. Moreover, the Court will frequently be tasked in such cases with deciding whether there has been an ‘administrative practice’ of breaches, which will require an additional assessment of the repetition of the violations and whether there was official tolerance by the respondent state.

Challenges there may be, but I take quite a different view from Professor Thilo Marauhn who described a ‘disillusioning narrative’ of international fact-finding, and who suggested that it would be plausible to exclude fact-finding in inter-State cases, so that the Court can ‘focus on the law’. I would argue that, on the contrary, establishing the facts has always been, and should continue to remain, fundamental to the Court’s role (pursuant to Article 19 of the European Convention on Human Rights) of ensuring Convention compliance across the 47 Council of Europe states. It is a role in which the Court has proved its expertise, notwithstanding the challenges and indeed the absence of cooperation from some states. It has done so in both inter-State cases, and also consistently in individual cases concerning gross violations, even cases of enforced disappearances.

In this brief post, I would like to address two issues in particular, relating to the task of establishing the facts of a case: the conduct of fact-finding hearings, and the use of new technology.

Although now very rare in individual cases, it is still the norm for the Court to hold fact-finding hearings in inter-State cases. Research published in 2009 (the ‘fact-finding research report’) underscored how critical such hearings can be. By that time, the former European Commission of Human Rights, and the Court, had carried out fact-finding hearings in 92 cases, including five inter-State cases, 63 individual conflict-related cases and 19 cases concerning ill-treatment of detainees. The conclusions of the research were primarily based on interviews with, and questionnaire responses from, many of the personnel who had been involved in such cases, including Commission members, Court judges, Commission and Court registry lawyers, government representatives and applicants’ lawyers. There had been a finding of at least one Convention violation in 71 of the 92 cases (a number of which had been settled). Of those 71 cases, ninety per cent concerned the right to life or the prohibition of torture and inhuman or degrading treatment or punishment. Ninety two per cent of respondents did not agree with the idea that the costs involved in holding fact-finding hearings are not justified, when considering the potential benefits of such hearings. The research also established that the Court is more likely to hold fact-finding hearings if there has been a systematic failure in the functioning of the domestic courts, and where there are reasonable prospects of establishing a substantive violation of the Convention, not just a procedural one. There was a substantive finding of a violation of the right to life in 73 per cent of the cases of killings or disappearances, and a substantive breach of Article 3 of the Convention in 94 per cent of the ill-treatment cases.

The holding of fact-finding hearings, then, is, in certain circumstances, essential to the Court’s role of securing justice and establishing violations of the Convention. If they are to be continued, and indeed revived, where deemed necessary, in individual cases as well as inter-State cases, there are a number of pressing issues which need to be reviewed. One is the location of any fact-finding hearing. There appears to be a clear preference at present for hearings to be held in Strasbourg, no doubt on grounds of costs and convenience to Court judges and officials. It is also recognised as being a ‘neutral’ venue, which may facilitate the fact-finding process. However, the choice of venue may be critical for applicants and witnesses, for whom there may be logistical difficulties – it needs to be considered whether they are free to travel, and that they can afford to travel (perhaps requiring time off work). Moreover, as Judge O’Donoghue argued cogently in Ireland v UK, there may be real value in judges visiting the site of the incidents in question, and commentators have underlined the importance of an international court being seen, and having a presence, in-country.

Another area of great concern has been the problem of the non-attendance of witnesses. The fact-finding research report established that some eye-witnesses will not attend due to their fear of the consequences of giving evidence ‘against the State’. It is also not unusual for State agents – including prosecutors, police and security force officers – to fail to turn up with all manner of ‘reasons’ being put forward for their non-attendance, such as that they are not contactable, or are on holiday. These problems highlight the fact that the Court has no powers to compel witnesses to attend its hearings, and there is a strong case for the introduction of new measures which are specifically designed to ensure the safety and security of witnesses (see, for example, the San José Guidelines in relation to the UN Treaty Bodies).

The Use of New Technology in Fact-Finding

During the current global pandemic, the Court has been holding admissibility and merits hearings online. Could similar procedures be used to supplement (but not replace) fact-finding hearings? There are undoubtedly additional challenges in hearing and assessing witnesses as to facts in an online context, but there are many ways in which new technologies could be used to facilitate European Court fact-finding. Here are three examples which have arisen recently in the context of inter-State proceedings or situations of armed conflict.

Although the Court’s assessment of the facts will frequently take place long after the events in question, technology can of course be used to enhance such processes. Commissioned by the European Human Rights Advocacy Centre (EHRAC), Professors Rebecca Gowland and Tim Thompson have recently explained how techniques of forensic archaeology, anthropology and genetics can be used to investigate mass graves and identify human remains, even after many years.

There also are new techniques available to help in obtaining and sifting through evidence available on the internet, as well as in analysing and in obtaining new insights from evidence (as Christina Varvia shows here). In another example from EHRAC’s litigation, the open-source investigative agency Forensic Architecture, was commissioned to locate evidence for a case arising from the armed conflict between Ukraine and Russia. They devised an algorithm using machine learning to search the internet for evidence of military hardware and personnel at a particular location, over a specified period of time. This platform has been submitted to the European Court in those proceedings, as a supplement to the available witness evidence.

A third example illustrates the way in which technology can be used to verify evidence. The investigative agency Bellingcat were asked to assess videos which emerged in October 2020 in the midst of the renewed hostilities between Armenia and Azerbaijan over Nagorno-Karabakh. The videos purported to show the detention and execution of two Armenian soldiers by Azerbaijani soldiers in the town of Hadrut. Using geolocation techniques such as shadow analysis, Bellingcat concluded that the videos were authentic.

Such technologies will undoubtedly throw up new challenges, not least as to the authenticity and veracity of such evidence, but they offer numerous ways in which the fact-finding role of international judicial bodies such as the European Court can be significantly enhanced.

The assessment of the facts will remain at the heart of the work of the European Court of Human Rights. In particular contexts, such as inter-State litigation and other conflict-related cases, where the Court is faced with immense challenges in ascertaining what has happened, by holding fact-finding hearings and by creatively utilising new technologies, the Court will be much better placed to do its essential work.

This post is based on the author’s recent article in the European Convention on Human Rights Law Review: ‘On Inter-State Litigation and Armed Conflict Cases in Strasbourg’. 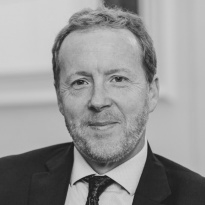