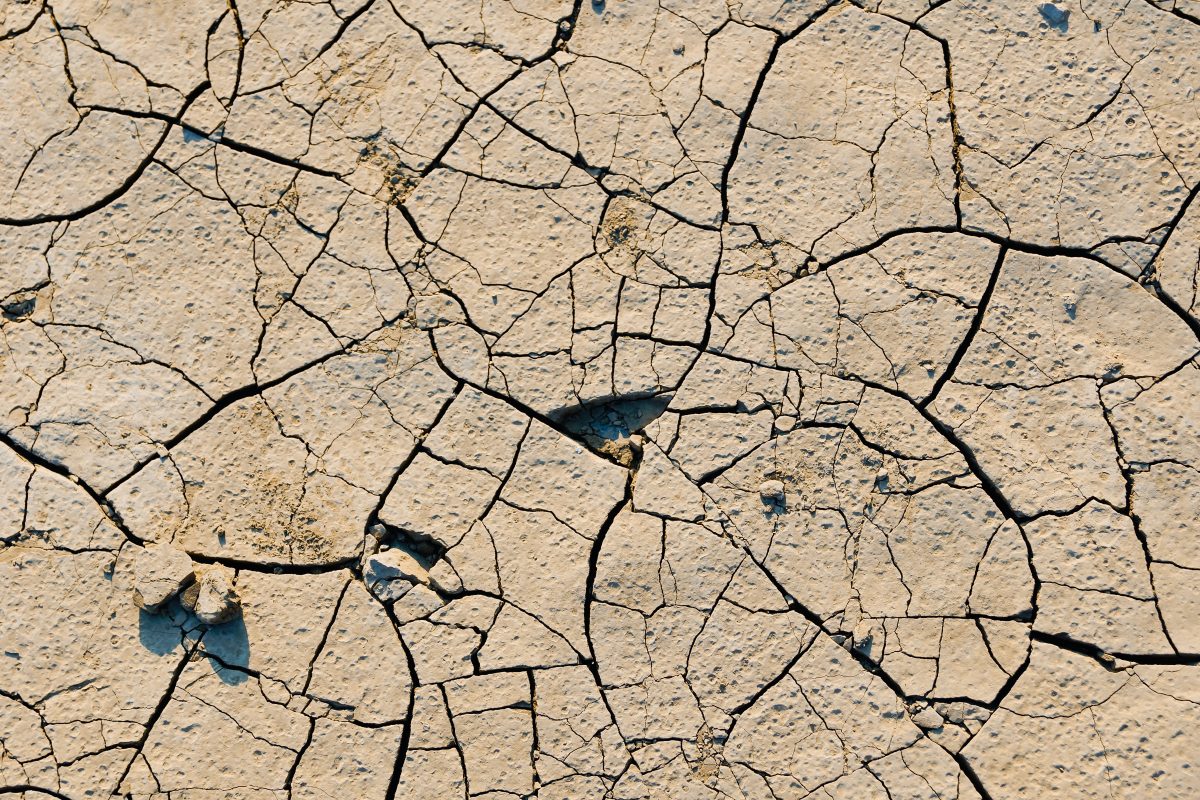 Picture by Anton Ivanchenko on Unsplash.

Dealing with Loss and Damage at COP27

The Core Issue of Climate Justice

The fact that the topic of „loss and damage“ was placed at the top of the agenda in the run-up to COP27 in Sharm El-Sheikh is a climate diplomacy milestone. In this way, the issue of how to deal with climate change-related adverse impacts which cannot be avoided through mitigation and adaptation is now being discussed prominently, and no longer only on the margins and towards the end of a tedious conference. On the other hand, this formal success should not obscure the fact that, from the perspective of many Least Developed Countries (LDCs), only increased financial, legally binding concessions will have any real significance. However, such concessions remain a long way off, if one looks at the current positions taken at COP27 in Egypt. Considering that numerous LDCs have been demanding commitment for loss and damage for exactly 30 years generally dampens hopes for a genuine, solidarity-based distribution mechanism in the short-term.

The success achieved through the new agenda-setting regarding loss and damage rests first on the consistent persistence of numerous developing states in calling for a discussion on how to deal with unavoidable negative consequences of climate change. Already during the negotiations of the United Nations Framework Convention on Climate Change (UNFCCC) in 1992 the then newly formed Alliance of Small Island Developing States (AOSIS) unsuccessfully demanded the implementation of an insurance mechanism dealing with adverse impacts of climate change.

However, recognition of the challenges posed by climate change-induced loss and damage was not incorporated into climate treaty law until 2007 at COP13 in Bali. At COP19 in Warsaw in 2013, the Warsaw International Mechanism (WIM) was established to strengthen the “knowledge, coherence, action and support to avert, minimize and address loss and damage associated with climate change impacts in developing countries that are particularly vulnerable to the adverse effects of climate change”.

In substantive terms, the Paris Agreement in 2015 institutionally consolidated the work of the WIM and established loss and damage as the „third pillar“ of climate treaty law, alongside the main pillars of „mitigation“ of climate change and „adaptation“ to its adverse impacts. Despite of intense efforts to further develop the WIM, it has since contributed little of substance to improving action and support for addressing loss and damage. Rather, the WIM ekes out a peripheral existence in the climate change regime and lacks normative foundations.

Loss and Damage as a Gateway for Compensation Claims?

The fear of greater concessions towards the Global South in the field of losses and damages underlies deeper causes: The main concern is that international treaty concessions concerning losses and damages could lead to legal compensation claims and, thus, to immense and incalculable liability risks through the back door. Any terms suggesting liability in the treaty regime could be consistently prevented until now by industrialized states. Conversely, the Island Developing States had already noticed at the time of ratification of the UNFCCC in 1992 that, from their point of view, their accession to the treaty agreement did not mean a waiver of the general liability rules of international law with regards to adverse impacts of climate change.

The fact that the island state of Tuvalu – after a similar effort by Palau had already failed in 2012 – is currently attempting, to obtain an advisory opinion from the International Court of Justice (ICJ) on the rights and obligations of all states under international law with regards to climate change, is therefore extremely remarkable. The undertaking illustrates that the island developing states are willing to both increase pressure and accept political risks through marginalization on the international level. However, and in contrast to Palau’s efforts in 2011, it is not unlikely that Tuvalu reaches the necessary amount of states supporting its endeavour in the UN General Assembly to appeal to the court in The Hague.

An advisory opinion by the ICJ could be more fraught with risk for industrialized countries than climate treaty concessions: In particular, given the very conflicting understandings on the question of responsibility and liability, the court would probably not be able to avoid classifying the existing set of instruments under customary international environmental law with a view to losses and damages. The starkest scenario would be that the ICJ applies the existing rules on environmental protection and attribution of damage – with the no harm principle at the forefront – to climate change-induced losses and damages. Gaining interpretive authority over what is meant by „loss and damage“ in the first place, and in what form it might be claimed, holds out the possibility of not having to resolve the rejectionist stance on the issue of legal liability on the part of industrialized states.

How the Triad of Mitigation, Adaptation and Loss and Damage Interacts

Furthermore, the Global North fears that a focus on loss and damage will weaken global efforts to limit Greenhouse Gas Emissions (GHGs) and to adapt to the impacts of climate change. First of all, it is evident that concessions in the field of loss and damage could be seen as an initial defeat of the mitigation regulation since the target of a global warming limited to 1,5 degrees Celsius appears unlikely to be reached. Moreover, it is becoming apparent that technical adaptation measures in many parts of the world are by no means sufficient to avert the current threats of climate change.

On the other hand, a narrow focus on loss and damage bears the risk that non-project-linked general financial transfers for losses and damages that already occurred could drain away especially in authoritarian regimes. Moreover, not to strengthen the efforts on mitigation and adaptation means to disproportionately increase future loss and damage on the part of the LDCs. Consequently, it is necessary to consider the triad of mitigation, adaptation, and loss and damage both as a whole and multidimensional. Thus, the fact that the industrialized countries fail to meet their pledges to provide $100 billion annually since 2020 for GHG mitigation as well as adaptation measures is highly problematic both for the Global South and the Global North.

In any case, the moral and solidary dimension of climate change can no longer be denied. Formally, such a concession of western states already exists since 1992: The principle of “common but differentiated responsibilities” acknowledges that on the part of industrialized countries a historical responsibility for past GHG emissions as a means of national development applies. From a normative perspective, however, the principle remains without contours. Not filling this principle with life will become more difficult with each record of annual droughts, floods, and other natural disasters.

More and more especially European states seem to realize that the implementation of instruments dealing with loss and damages must also be seen as an attempt not to permanently shatter confidence in the fight against climate change in general. For example, the G7 countries, together with the Climate Vulnerable Forum – a group of 58 countries most at risk from the effects of climate change – want to set up a “Global Shield “to finance insurance and disaster prevention measures. At the outset, the initiative had received commitments amounting to $210 million. However, the example of Pakistan – one of the states which shall benefit from the new mechanism – illustrates the contrast between need and promise: The World Bank estimates that Pakistan on its own requires “at least $16.3 billion” for reconstruction after this summer’s floods.

Apart from the G7 initiative, Scotland aims at the expansion of its own funding mechanism, which had already been established at COP26 in Glasgow. Austria, moreover, wants to provide €50 million to the WIM over the next four years. These diverse approaches run the risk of weakening multilateral approaches via the UN like the WIT. A multilateral fund for loss and damage, in turn, is meeting with consistent resistance from all industrialized countries at COP27. Above all, such a fund would need the support of the US and China. Rather the first and preliminary draft published on Thursday contains no timeline for deciding on whether a separate fund should be created or what it could look like.

All in all, and although the conference has not yet ended, the COP27 seems to be part of a climate policy of small steps. The amounts promised for loss and damage remain rather symbolic and fragmentary. However, taken together the financial pledges and the new agenda-setting on loss and damage the negotiations can be presented as a success in western domestic politics without immensely burden the national budgets. In the medium and long term, however, a stronger financial transfer through a legally binding mechanism appears to be inevitable if climate justice is not to remain just a political phrase. 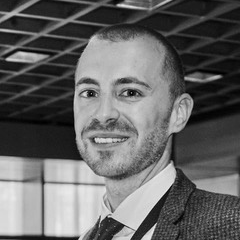 Michael Kronenberger is a doctoral candidate at the University of Cologne. His research focuses on the interplay of state responsibility, sea level rise and resource sovereignty.