Announcement of the Online Symposium and Keynote Lecture Livestream

Gabriel Lentner, as part of the panel on Cynical Foundations of International Law, discusses a paradoxical situation faced by many (critical) legal scholars: Uncovering the inherent cynicism of the foundations of international law may, instead of leading to reforms, result in a cynical attitude towards law as a project and to inadvertently reinforcing the status quo. Is there a way out of this dilemma?

Daniel Quiroga-Villamarin and Christian Pogies take a closer look at different Cynical Actors in International Law. Daniel Quiroga-Villamarin starts with his analysis of how illiberal judges and lawyers have begun to use the discursive tools invented by liberal internationalism to advance illiberal objectives. Christian Pogies looks at China’s reaction to the South China Sea arbitration and argues that it is informed by a legal context in which the norms that were meant to resolve the dispute, actually helped create it.

With regard to Cynicism in EU Law Tamas Ziegler carves out how a tradition of Anti-Enlightenment is not only currently on the rise within EU member states but has always been part of the European project.

Caroline Omari Lichuma introduces us to Cynicism in the Sub-Fields of International Law by arguing that the continuous rejection of Economic and Social Rights by certain states are a symptom for the cynicism with which they look at international law generally. Shiri Krebs, through empirical research, shows how the application of international humanitarian law terminology like ‘war crimes’ to a specific conflict may intensify factual and legal disagreements about wartime events. Elisabeth Baier looks at the ICC, where she finds plenty of cynicism, not least coming from actors within the institution. However, she argues that exposing existing problems that fuel such cynicism might also lead to de-mystification and a coming of age of the still young Court.

Finally, two contributions will deal with Cynicism and Abuse of Rights. Andrea Faraci and Luigi Lonardo draw an analogy from Roman Law foundations of the concept of ‘abuse of right’ to international law. Could such an analogy provide an avenue for introducing moral considerations into international law? Helene Hayden analyzes the challenges the European Union is facing in its efforts to develop a coherent general rule against abuse in tax law.

Livestream of the Conference’s Keynote Lecture by Gerry Simpson

This Friday from 9.45 to 11 a.m. CET, Völkerrechtsblog will be hosting a livestream of the conference’s keynote lecture held by Prof. Gerry Simpson (LSE) on the topic of

how to be cynical: some suggestions

What might it mean for international lawyers to be playful, puckish, maybe even virtuous? Could we be cynics without cynicism? And how, ‚after‘ critique, might we respond to the perennial question: ‚what is to be done?‘

In this lecture, Gerry Simpson will contemplate these and other questions.

The livestream will be available on the blog up to one week after the lecture and will be replaced by a permanent edited video recording afterwards. 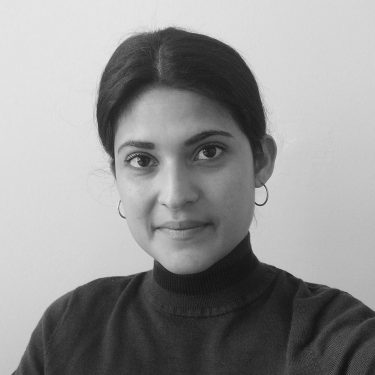