Further Arguments for a Framework-Style Business and Human Rights Treaty

History does not stop, a truth of which recent years have provided a gruesome reminder. Trajectories of globalising production and exchange that were widely perceived as uninterruptable have, since 2019, been thrown into disarray, first by the COVID-19 pandemic and then Russian military aggression, each triggering in its wake geopolitical as well as economic reconfigurations.

What significance do these events hold for the business and human rights treaty debate? Like other institutions of global governance, any UN business and human rights treaty needs to hedge uncertainty about the future. Building on earlier work, this contribution contends that a framework-style convention offers greater strengths in this regard than the draft instruments advanced by the Open-ended Working Group (OEIGWG). I consider first, evolving approaches to the legalisation of corporate human rights due diligence, and second, recent developments in the domain of ‘Environment Social and Governance’ (ESG) investment. These cases, I suggest, demonstrate that norms and techniques of business and human rights (BHR) regulation remain emergent and unstable. Correspondingly, a UN BHR treaty should be broad in scope, flexible and responsive, whereas a detailed, prescriptive international scheme risks obsolescence.

The notion of corporate human rights due diligence (HRDD) has been central to the coalescence of business and human rights as a distinct legal and policy field. Inspired by ideals of reflexive law and procedural regulation, due diligence was first given explicit formulation in the UN Guiding Principles on Business and Human Rights (UNGPs). Defined loosely in the UNGPs as an iterative cycle through which companies identify, prevent, address, and remediate risks they pose to human rights, due diligence has animated a wave of norm-making endeavours since 2011.

At first, this wave yielded guidance, such as revisions to the OECD Guidelines for MNEs, the Voluntary Principles on Security and Human Rights and Equator Principles. Quickly, however, due diligence requirements started to appear in commodity-based or thematic laws, such as the EU Conflict Minerals Regulation and s1502 of the US Dodd-Frank Act and, albeit indirectly via reporting duties, in modern slavery statutes in the UK and Australia. Subsequently, harder, thematic due diligence requirements have taken form through new measures on forced labour in the United States, legislation on child labour and conflict minerals due diligence passed in Switzerland, and proposals for EU batteries and deforestation regulations.

In addition, some initiatives have sought more directly to legalise the UNGPs’ general due diligence concept via ‘horizontal’ due diligence requirements. France’s 2014 Loi de Vigilance was the first of these; with Germany and Norway following suit in 2021. A draft corporate human rights and environmental due diligence directive is currently under consideration in the EU.

Such developments hold great promise. Voluntary uptake of due diligence amongst businesses was poor, even in high risk sectors. Statutory due diligence duties, if backed by adequate support for labour rights and participation, remedies for victims, penalties and administrative enforcement might deliver transformational changes to business practices in some areas (see further analysis here).

Yet the UNGPs’ loose definition was neither intended nor designed to provide a template for due diligence legislation. Consequently, due diligence laws such as those mentioned above embody significant divergences, for instance, regarding their personal and subject matter scope, the question of how far down the supply or value chain their requirements extend and regarding what roles ‘safe harbour’ provisions and civil liability should play within their legislative schemes.

Horizontal due diligence laws, furthermore, still remain largely untested. Evidence on their effectiveness in preventing or remediating business-related abuses is scant. Though various cases have been launched under France’s 2014 Loi de Vigilance, none has yet yielded a final outcome favouring victims. At the same time, a number of studies (here, here and here) suggest that conflict minerals laws have increased exposure to conflict and poverty amongst communities they aimed to support, while the efficacy of due diligence-based import bans and related measures in combating forced labour and human trafficking has been queried.

Besides, due diligence and supply chain laws have attracted more fundamental critiques. Their consistency with self-determination and rules on jurisdiction, as well as their democratic legitimacy, have been questioned by scholars from both the Global South and Europe (here, here and here). Concerns that such laws merely distract from measures that would more directly empower marginalised rights-holders, such as increasing wages, have also been expressed.

Due diligence laws are also proving politically contentious. France’s draft due diligence law was initially rebuffed by its Constitutional Court. Germany’s law contains provisions both seeming to extend and limit civil liability linked to due diligence failures as a result of differences in view between political parties that could not be bridged. Switzerland’s new statute likewise ping-ponged between Parliament and a popular mandate, while the design of the EU’s proposed due diligence directive was rejected repeatedly by its Regulatory Scrutiny Board.

None of this necessarily implies that due diligence laws should be abandoned or should not feature, and feature centrally, in any UN BHR treaty. On the contrary, given the scale and urgency of business-related human rights abuses, these issues arguably underline the need for a global forum where the legal basis, design and coordination of such laws, as well as much-needed supporting reforms to labour, trade and investment regimes, as well as development assistance, can be debated and advanced in an inclusive and comprehensive manner. On the other hand, it would also seem rash to tie States to specific legislative models when these may soon be surpassed, or depend on accompanying measures to guarantee their impact. It is also clear that a UN treaty addressed to supply chain due diligence will go beyond the mere codification of existing law, as recently claimed.

ESG is a short-hand term for ‘better inclusion of environmental, social and corporate governance factors in investment decisions’. Dating from 2004, for many years it barely pricked the consciousness of global finance (see this graph). Yet, by 2021, it had become the fastest-growing segment of the asset management industry with ESG funds increasing 53 per cent year on year to a value of $2.7tn worldwide.

Governments and other policymakers have both encouraged and sought to harness this trend towards the pursuit of sustainability goals by investors. The EU Green Deal, for example, encompasses measures to extend transparency, standardisation and accountability of financial actors in relation to ‘green’ and ‘social’ investment products.

But what exactly constitutes a ‘responsible’ or an ‘ESG’ investment’? In its infancy, ESG funds screened out companies benefiting from apartheid or religious discrimination as well as ‘bads’ such as ‘alcohol, tobacco, gambling, adult entertainment, military weapons, fossil fuels and nuclear energy’.

Yet in the UNGPs’ analysis, any company, in any sector, can in principle breach human rights, rendering such ‘negative’ investment strategies inapt. Accordingly, a raft of new schemes attempt to define and standardise the measurement and communication of companies’ ‘non-financial’ performance. In the domain of human rights, this has yielded new sector-specific and cross-industry benchmarks, as well as watchdog initiatives. The EU is currently developing mandatory metrics addressing social as well as environmental criteria for around 40 different industry sectors. A grand consolidation of sustainability reporting standards, resulting in a single global reporting framework, is even foreseen.

Nevertheless, the ESG movement has in the last weeks been gripped by a sudden and potentially catastrophic loss of confidence. In one critique, among a flurry, ‘The term ESG…may already be coming to the end of its useful life’. How can this be? First, new data continues to challenge two key assumptions of ESG, namely that it can be reliably measured and that it ultimately profits investors. Second, the invasion of Ukraine has, with prominence, destabilised basic ESG conventions. ‘Easy cases’, such as the exclusion of defence, no longer appear so straightforward; and if there is an argument for ‘responsible exit’ from Russia, this readily applies elsewhere in the world. Finally, rising energy prices have triggered ESG funds to resile from fossil fuel commitments, prompting some to admit that climate risk is not material given investors’ real institutional imperatives, whatever their ethical claims, a suggestion lent credibility by a spate of high-profile greenwashing scandals.

Finally, rising energy prices have triggered ESG funds to resile from fossil fuel commitments, prompting some to admit that climate risk is not material given investors’ real institutional imperatives, whatever their ethical claims, a suggestion lent credibility by a spate of high-profilegreenwashing scandals.

Scholars have long observed the incompleteness and unreliability of corporate non-financial reports, as well as the limits of human rights indicators, which are moreover manifestly under-inclusive in the human rights domain. Even if machine learning can support human rights analysis of the vast quantities of data that new laws on corporate sustainability reporting will generate, which appears doubtful, reliance on algorithmic analysis and its supporting platforms entails its own human rights challenges. Qualified data on human rights performance is no doubt important to securing effective remediation and accountability of companies and their investors in abuses, and current rumours of the ‘death’ of ESG may be exaggerated. Nevertheless, the case of ESG shows that a UN BHR treaty must have scope to connect with but also look beyond current governance vogues.

Conclusion: Facing the Future as Well as Addressing Present Needs

Like positions taken by States in the context of the OEIGWG process (see here and here), the evolving agendas on due diligence and ESG discussed above illustrate that approaches to the legalisation of business and human rights norms are still nascent, contested and correspondingly unstable. It would be a mistake, on this basis, to enact a UN BHR treaty wedded to the contingent details of particular regimes.

Framework conventions, like human rights treaties, respond to this situation, as illustrated by their use in the areas of environment and climate as well as global plastics pollution. In such settings, framework-style treaties have not functioned as ‘empty shells’ but as flexible, inclusive problem-solving devices addressing issues of critical global concern, yet on which States are politically divided and where technical solutions alone will not suffice. When it comes to BHR abuses, we do not have all the answers today, either. Nor, as the constant identification of new risks linked to cryptocurrencies, platforms and AI show, we do not even know all the questions.

Humility, then, behoves us to recognise the limits of our current knowledge. We may not be able to escape bounded rationality, but we can design global governance regimes that are better or worse at mitigating its impacts. Alongside others, this stands as a further argument in favour of a framework approach. 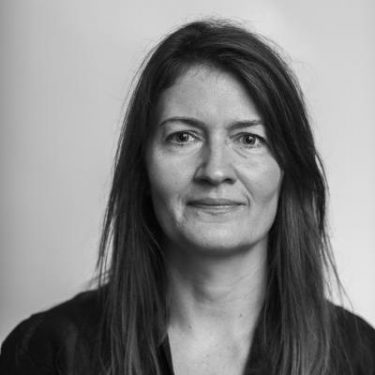