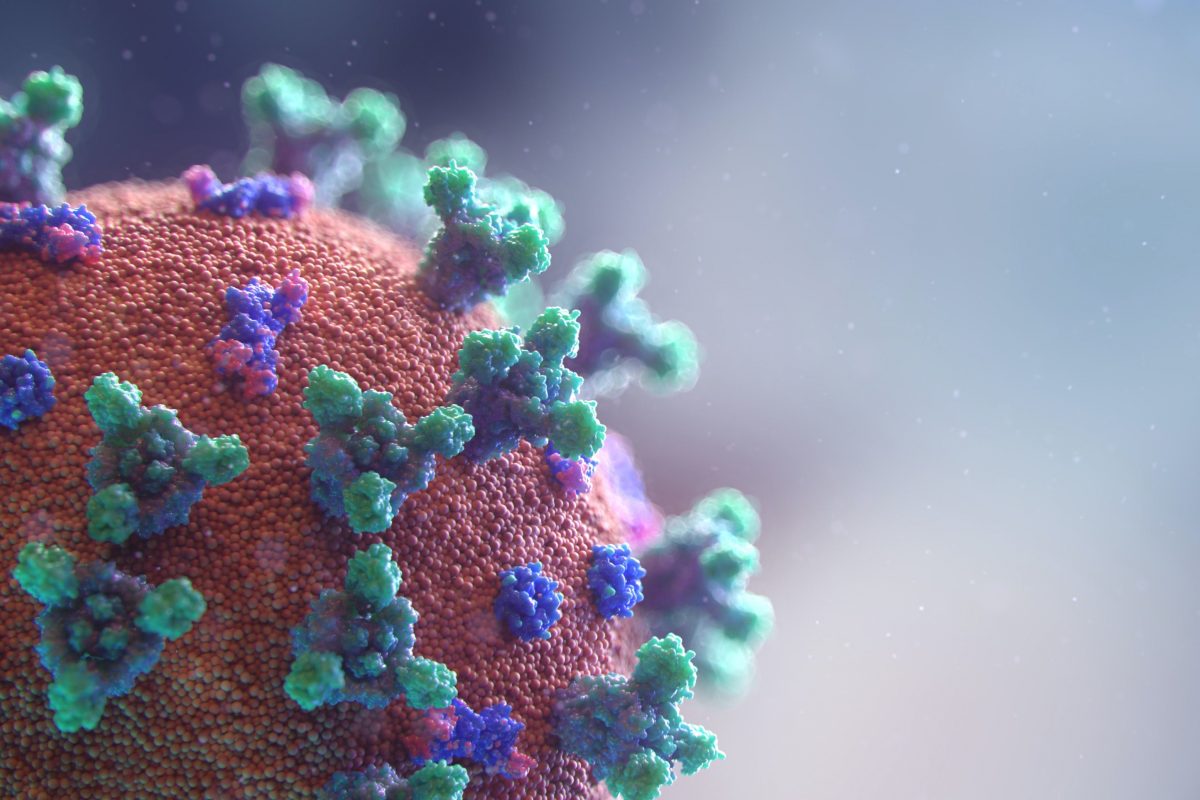 Towards a Treaty on Pandemic Preparedness and Response

The global political momentum created by the COVID-19 pandemic recently led to a joint statement on 30 March 2021, signed by the World Health Organization (WHO)’s Director-General and twenty-seven heads of state, proposing a “treaty for pandemic preparedness and response”. The statement evokes how the current multilateral system was framed mostly after the devastation of two world wars. As the ongoing pandemic has been the most impactful global event ever since, the need for enhanced rules-based cooperation is palpable.

A new treaty on pandemic preparedness and response would allow for expanding the substantive elements, i.e. the reach and scope, of the existing instrument in the matter, the International Health Regulations (IHR) of 2005. It would thus hold the promise to go where the IHR has not, such as in matters of immunization and access to medicinal products. Lawmaking in this field would, however, still be constrained by states’ obligations under the Agreement on Trade Related Aspects of Intellectual Property (TRIPS), within the aegis of the World Trade Organization (WTO). As long as there is no reform of the latter, a new treaty could not ‘override’ states’ obligations therein. It might, though, help concretize the application of several rules and disciplines in the context of emergencies.

Although a new treaty in the field of pandemics opens the door to a series of possibilities, it is also mired with procedural pitfalls. Longstanding insights from international lawmaking show how there is usually a long, and highly uncertain path between negotiations, approval and ratification of treaties. In fact, the Constitution of the WHO, itself a treaty, offers an atypical procedural mechanism for overcoming these two obstacles: The adoption of regulations binding for all WHO Member States without the need to undertake ratification procedures. The proposed path for a new treaty on pandemics risks sidelining such innovations. If not fully tended to, the result might be doubling down on the fragmentation of legal instruments.

In this post, I touch upon some of the obstacles for a potential new treaty on pandemic preparedness and response. Regardless of whether the existing political momentum gains traction or recedes, the following arguments relate to broader discussions on the prospects and limits of international lawmaking as such. By now, there is a sufficient awareness that global challenges like pandemics or climate change require joint action by states. There is still time to tackle the question of how to achieve this goal.

The Constitution of the WHO as the Legal Basis

According to the proposal, as it is framed in public statements, a new treaty would be based on Article 19 of the Constitution of the WHO. The provision expressly allows for the adoption by the World Health Assembly – a yearly meeting of delegates from WHO Member States – of “conventions or agreements with respect to any matter within the competence of the Organization”. In order for these to enter into force, states must then follow up with the ratification processes expressing their wish to be bound. Beyond their denomination, these conventions or agreements are, in effect, treaties as per Article 2 of the Vienna Convention on the Law of Treaties. As for the extent of the WHO’s competences, they are fairly broad in so far as Article 2 of its Constitution has a relatively long and non-exhaustive list of functions in the field of international health. Though ample, international health certainly does not mean “anything under the sun”. In 1996, the International Court of Justice used a narrow interpretation of these functions when rejecting the World Health Assembly’s request for an Advisory Opinion on the Legality of the Threat or Use of Nuclear Weapons, by considering it to fall beyond its scope of activities.

Conversely, Article 21 of the Constitution of the WHO allows the World Health Assembly to adopt regulations on a specific list of topics, as opposed to all matters falling in the WHO’s competence. For instance, actions for preventing “the international spread of disease” are included. However, although standards on the safety, purity, potency, advertising and labelling of pharmaceutical products are listed, the question of access is not. Yet, even though it is applicable to a more restricted selection of covered subject matters, Article 21 offers a key advantage: Regulations adopted by the World Health Assembly become legally binding for all WHO Member States without the need for subsequent ratification, unless they explicitly state otherwise (“opt out”). As argued below, this is a major tool for ensuring the possibilities of a successful binding instrument in the field of pandemics.

The Substantive Promises of Pandemic Treaty-Making

At the outset, a treaty on pandemic preparedness and response would offer notable advantages. Just as pandemics do not respect territorial borders, they do not respect legal boundaries either. In its wake, the COVID-19 pandemic has posed a challenge for multiple branches of international law far beyond the rules on disease surveillance and response in the IHR. Such is the case, for example, of access to medicines, including vaccines, antiviral drugs and diagnostics – i.e. tests – against COVID-19. These are subjected to intellectual property rules, falling under both the Paris Convention for the Protection of Industrial Property and the TRIPS Agreement. Similarly, access to medicines is a crucial component of the right to health, as enshrined in the International Covenant on Economic, Social and Cultural Rights. A new treaty could assort the lessons learned in these fields for future pandemics while avoiding regime collision.

The equitable global distribution of vaccines against COVID-19 in particular has been a sore point for the international community. Unrestrained vaccine nationalism, where countries strive to secure as many doses as possible for their own population, has eroded any and all conceptions of solidarity at the international level. High-income countries have, so far,secured the highest amount of doses by a wide margin. An unresolved question is how access at the global level should be regulated in the face of a global emergency.

Pharmaceutical research and development are, to a large extent, shaped by existing intellectual property norms. A new treaty would not allow states to supersede their obligations in intellectual property law under the TRIPS Agreement without amending the latter. Given its temporary nature, a waiver under the Agreement Establishing the WTO, such as the one proposed by India and South Africa for “the prevention, containment and treatment of COVID-19”, would not suffice for that purpose. Considering the failure of the proposed waiver, permanent reforms of the existing intellectual property regime would likely face an uphill political battle. Nevertheless, a new treaty could fulfill other purposes. For instance, it could specify the actual reach of the flexibilities accorded by TRIPS Articles 31 and 31bis, which deal with the possibilities to issue compulsory licenses, both in emergency and non-emergency circumstances. Here, the TRIPS Agreement does not provide full clarity on how the system of exports of patent-protected medicines, including through compulsory licenses, should operate in a context of global supply shortage. Additional flexibilities in this regard could be clarified.

The Procedural Perils: A Glance at the History of Pandemic Lawmaking

Despite the promises in the substantive dimension, the hazards related to procedural matters regarding a treaty’s approval should not be underestimated. The history of international lawmaking in the field of infectious diseases with pandemic potential sheds light on why it is such a crucial matter. Thus, the first International Sanitary Conference of Paris in 1851 was marked by a lack of consensus by the attending delegates. A more detailed explanation on what sew division amongst them is found here. It took more than forty years, until 1892, for the first International Sanitary Convention to enter into force as an outcome of the seventh of such sanitary conferences.

The timespan of four decades from the first attempt until the actual adoption of a binding convention offers lessons still valid for treaty-making in the XXI Century. Notably, an agreement had been reached since the third of these sanitary conferences, in 1864. But no legally binding instrument emerged from it. The main reason: The agreement by the delegates was not followed up by other national authorities involved in the process of approving treaties. Here lies one of the main obstacles in international lawmaking, namely the delay, or downright discontinuity between political negotiations at the international level, and the subsequent national ratification of agreed instruments. As explained in detail elsewhere by Anne Peters, from a perspective of democratic legitimacy and checks-and-balances, this makes sense. But it also entails an increased possibility of instruments accepted by delegates being scuttled by other governmental bodies if they disagree or simply do not follow-up on the matter. History is full of examples where the rejection of treaties by national bodies all but scuttle a legal regime – see e.g. the Treaty of Versailles and the Havana Charter, both of them rejected by the United States Congress.

As highlighted by David Fidler, in the immediate aftermath of the Second World War, international law in the field of infectious diseases consisted of a messy patchwork of binding agreements. The entry into force of the Constitution of the WHO in 1948, which marked the formal creation of the organization, brought the lawmaking innovations of Articles 21 and 22. This led to the emergence of a series of regulations in the field of the cross-border spread of disease, superseding all of the preceding conventions. The International Sanitary Regulations, the first legal instrument of its kind, was approved in 1951. It was later revamped and renamed to the International Health Regulations (IHR) in 1969. The current version of the IHR were approved in 2005 and entered into force in 2007, with no states opting out.

A potential treaty on pandemic preparedness and response would discard these procedural advantages. On the basis of political leaders’ statements so far, it seems the template would rather be the Framework Convention on Tobacco Control (FCTC). The convention was approved under Article 19 of the Constitution of the WHO, hence entry into force was subjected to ulterior national ratification procedures by Member States. It effectively increased the difficulty of achieving a larger number of states joining the binding legal instrument. As a result, the FCTC currently has 182 parties, a very large membership by any yardstick. But this membership falls short of the even more impressive 196 states parties to the IHR – that is, all 194 WHO Member States plus Liechtenstein and the Holy See, who acceded to it.

The Need for Global Lawmaking After COVID-19

The success of any future treaty on pandemic preparedness and response would be directly dependent on how “global” it actually is. As for the number of states parties to such a treaty, “the more the merrier” does apply. The rejection or omission by states, even if only a few, would severely undermine its effectiveness. It could lead to major gaps on information-sharing, as well as fragmenting response efforts and dividing access to medicines if and when a new pandemic emerges. Needless to say, the prospect of not achieving the global membership of any future treaty in this field is particularly troubling. In this vein, the pitfalls of sidelining procedural innovations in lawmaking under the Constitution of the WHO should be of utmost concern.