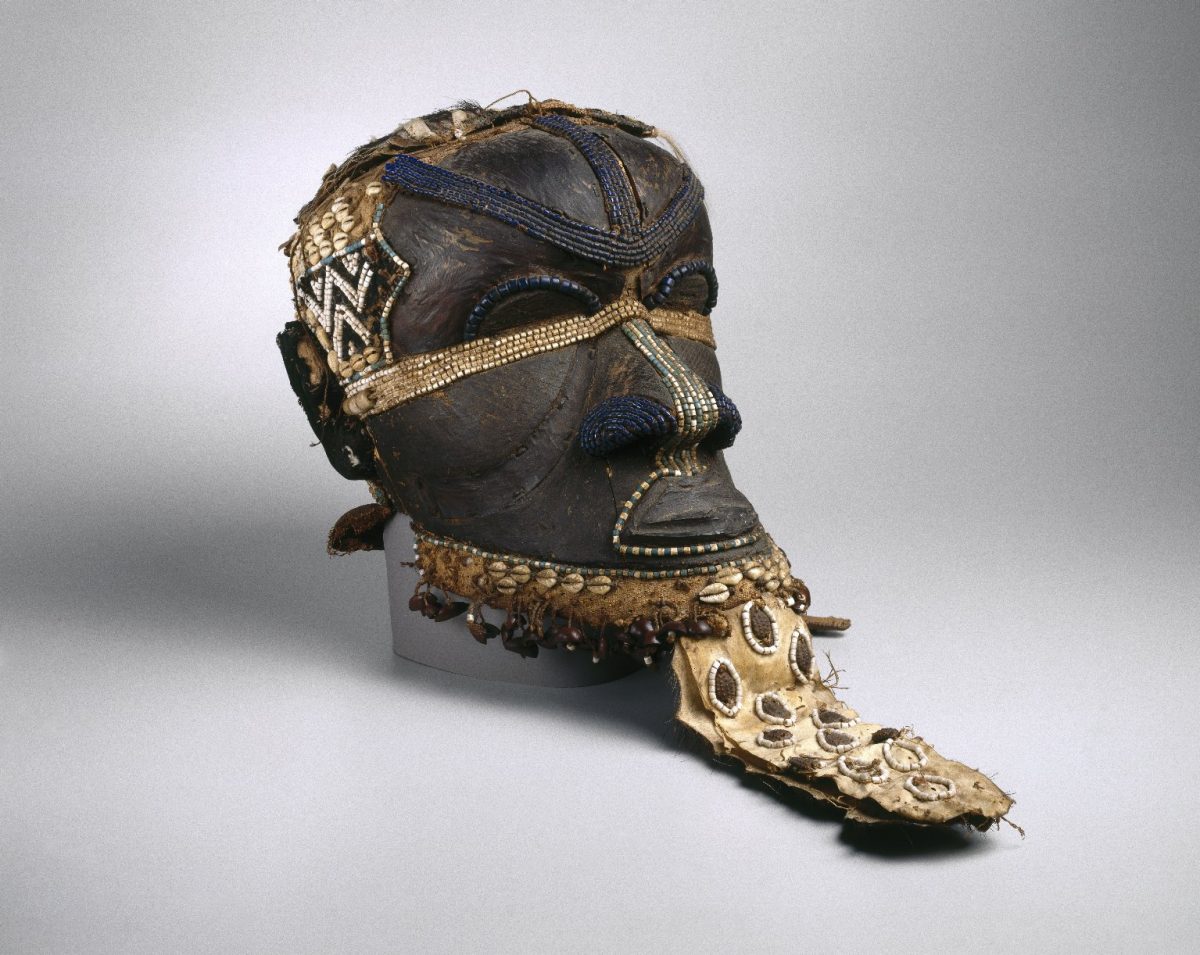 Photo courtesy of the Brooklyn Museum, licensed under CC-BY 3.0.

The discussion on the restitution of the Congolese cultural heritage is not a recent one. As estimated by Calafate Ribeiro Margarita and Pinto Ribeiro, it arose in 1936 along with the debate on the establishment of a museum of indigenous life. The discussion further evolved in 1960, during the Brussels Round Table, and continued after colonization through forms of asymmetrical cooperation (Sarah Van Beurden, p. 9).

Currently, the restitution of cultural heritage seems to be a means of rebalancing the unequal relationships generated by post-colonial conflicts. In Belgium, for instance, many associations of Afro-descendants as well as sociocultural associations (such as Cran-Bamko, Change ASBL, Café Congo) denounce the continuity of symbolic violence, which emanates from the submissive relationship maintained by structural racism and violations of human rights of racialized peoples. In addition, questions of identity determination, of which the claim for the restitution of cultural heritage is a part, are also put forward.

In response to these claims, and following a report by Belgian experts calling for ethical principles in the management of restitution, Thomas Dermine, State Secretary for Recovery and Strategic Investments, set out the Belgian restitution policy at the Royal Museum for Central Africa in Tervuren and in a speech on TV5 Monde. He insisted on immaterial restitution, distinguishing it from material restitution, which involves material transfer. “We have to disentangle the symbolic issues related to the ownership of looted objects from the operational issues related to their material return”, he noted. His approach aims to cede the legal rights of ownership to the Congolese for illegally acquired goods and then to trace the fate of goods that have no clear origin via a thorough search for provenance through a bilateral approach of inter-State cooperation.

The present reflection seeks to problematize the Belgian approach by questioning immaterial restitution as a means of responding to restitution claims for the Congolese cultural heritage. To this end, immaterial restitution will be herein conceived as an approach, a method, a process that consists in the “non-physical” return (through impalpable methods) of heritage to the dispossessed population. Against this background, this post will question the efficacy of two forms of immaterial restitution: the legal cession of property rights envisaged by the Belgian government and the digital access to ethnographic objects envisaged by a project of the Royal Museum for Central Africa, which is a Belgian federal institution.

Presently, there are twenty-nine UN General Assembly resolutions and three main conventions dealing (primarily or partly) with restitution. These include the 1970 Convention, which prohibits illicit traffic in cultural objects and promotes their restitution to the country of origin, the 1954 Hague Convention, which deals with the Protection of Cultural Property in the Event of Armed Conflict and the 1995 UNIDROIT Convention, which addresses the issue of restitution with a clear non-retroactivity clause (art. 10).

To this date, there is no binding and retroactive text that deals only with the restitution of cultural heritage acquired during the colonial period. UNESCO, however, does provide for a system of dispute settlement through structures that encourage negotiation, such as the UNESCO Intergovernmental Committee for Promoting the Return of Cultural Property to its Countries of Origin. This mechanism requires the will of the parties and assists them in negotiating and mediating the restitution of illicitly acquired property. Additionally, other conventions indirectly touch upon the issue of restitution, putting the human right to cultural life and the cultural right at the center.

The Limits of the Belgian Approach

The Belgian approach places more emphasis on the symbolic dimension of restitution. It prioritizes the legal restitution of the Congolese people’s ownership rights over their cultural heritage and disregards their material transfer by providing that the physical objects will remain in the institution that holds them through a convention, whose postulates are pre-established. In this sense, an asymmetric power is also noticeable; Belgium has already conceived the nature of the bilateral convention and DR Congo will have to base its approach on a convention that would include deposit agreements for the research and valorization of this property by relying on reinforced collaborations.

Although this immaterial restitution, as envisaged by Thomas Dermine, is a step forward in the impasse that characterizes the restitution debate, the material transfer has a significant value, especially in a post-colonial context (Sarr Savoy report in 2018, p. 32). Indeed, the transfer of property rights without the transfer of the objects themselves defuses the scope of restitution. It plunges the restitution expectation into an abstract position that reinvents asymmetrical relationships between DR Congo and Belgium. In fact, the Belgian restitution policy, which was intended to be innovative, remains unclear; after the transfer of legal ownership by Belgium, an additional negotiation is still required for the “possible transfer” of the objects from Belgium. However, it fosters inequitable sharing, as it does not allow DR Congo to have a discussion on the fundamental criteria of restitution, as it is based on pre-established provisions that do not allow for a broad and inclusive discussion.

Is Digital Access to Cultural Heritage the Way Forward?

Digital restitution of the cultural heritage of peoples, who have been stripped thereof, has been proposed as a promising alternative to material restitution. In Sierra Leone for instance, an innovation was made by the researcher Paul Basu for a digital restitution of Sierra Leone’s heritage held in several institutions in the UK, including the British Museum, Brighton Museum and Art Gallery, Glasgow Museums, World Museum Liverpool and the British Library Sound Archive. However, this alternative raises other issues in term of access to cultural heritage.

Indeed, the Royal Museum for Central Africa in Tervuren, and other partners like Ghent University (Belgium) and Haut Uelé University (Congo), which have borrowed such initiatives in a project called “The MRAC (Musée Royal d’Afrique centrale) Transformative Heritage” committed to the digital  restitution of colonial heritage to the inhabitants of the north-eastern  of the DR Congo in Haut-Uelé, are likely to raise difficulties in relation to access to internet and high technology tools. According to a recent report of Hoot suit, only 21.14 million (out of 90.96 million) citizens have access to the internet in DR Congo. This number is far from the average of population, while the high prices for internet services in the country explain the phenomenon. This illustration denounces persisting blatant inequalities regarding access to the internet. Against this background, the digital restitution project employed by the Royal Museum of Central Africa will encounter the barrier of access to the internet – and, thus, to cultural heritage. In this sense, it manages to perfectly illustrate the barriers inherent in digital restitution.

In line with the above, digital restitution seems rather advantageous. It has, however, its limits due to the unequal access to internet between towns and rural areas. Indeed, the effective digital restitution of cultural heritage requires adequate provisions in terms of endowment of advanced computer equipment for the execution of such a project. Otherwise, it risks contributing to the reinforcement of inequalities in access to the digital heritage.

Although the Belgian approach escapes the impasse of non-recognition by focusing on the symbolic dimension of restitution, it remains rather vague in terms of the material restitution of cultural heritage. However necessary the (envisaged by this approach) bilateral convention is, it still requires equitable bilateral cooperation regarding the fundamentals of restitution in order to be meaningful. Meanwhile, immaterial restitution through the reanimation of heritage via new technology does not seem to be able to escape criticism regarding the difficulties that access to internet entails. In other words, immaterial restitution is a promising alternative to the material one; however, it could not constitute a factor x to solve the question of restitution of the colonial cultural heritage. 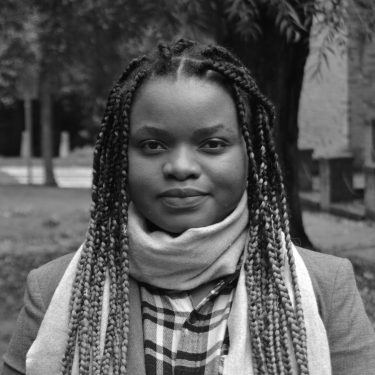 Gracia Lwanzo Kasongo is a PhD Student at Catholic University of Louvain (UCLouvain) within the Institute of Political Science Louvain-Europe (ISPOLE). She is a lawyer; she has a specialization degree in International Humanitarian Action. She was a fellow of the American Bar Association (ABA). Her research interests focus on post-colonial reconciliation. Her doctoral research focuses on the negotiation of restitution of Congolese cultural heritage acquired during Belgian colonization.