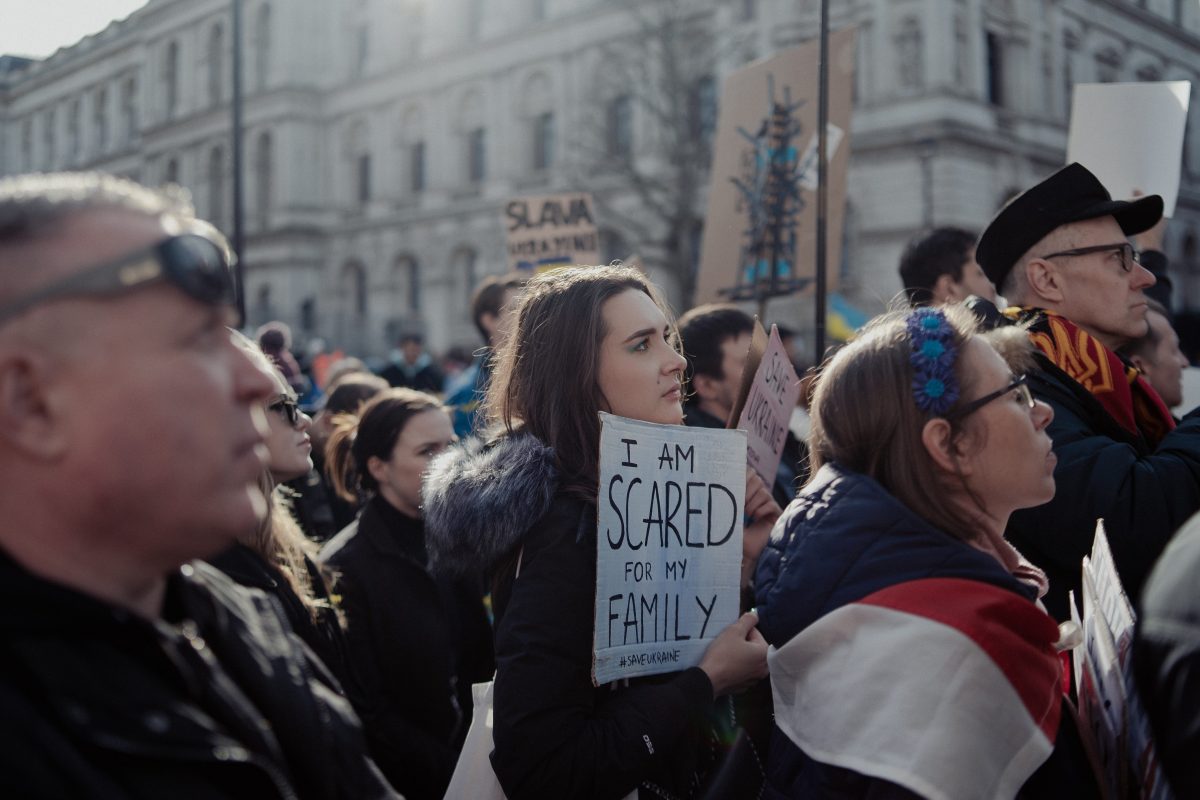 Photo by Chuko Cribb on Unsplash.

Between Relief and War Crimes

‘Humanitarian Corridors’ in the Russia-Ukraine War

As the illegal Russian invasion of Ukraine has entered its third week, Russian forces continue their assaults against key Ukrainian cities. Amid heavy fighting, Ukraine and Russia agreed to establish so-called ‘humanitarian corridors’ to evacuate civilians in particular from Kyiv, Kharkiv, Chernigov, Mariupol, and Sumy. However, to date, these plans have remained largely unsuccessful with both parties accusing each other of violating the evacuation agreements. Given the ongoing efforts to establish humanitarian corridors, this post will analyze the legal requirements for the evacuation of civilians (as opposed to evacuations of prisoners of war, combatants hors de combat, and internees and detainees) under international humanitarian law (IHL) with a particular focus on the prohibition of forced displacement.

Evacuation of certain categories of civilians situated in besieged or encircled areas is explicitly foreseen in Article 17 GC IV that provides:

The Parties to the conflict shall endeavour to conclude local agreements for the removal from besieged or encircled areas, of wounded, sick, infirm, and aged persons, children and maternity cases […].

As the wording of the provision (“shall endeavour”) amply demonstrates, evacuations are not compulsory, though they are, according to the International Committee of the Red Cross (ICRC) highly encouraged (ICRC Commentary, sect 2.B.). Under Article 54(1) AP I and customary rule 53 evacuations can, however, become compulsory if military operations have the effect – or arguably purpose (for a discussion, see here) – of starving the civilian population (ICRC Commentary, para 2096). At the time of writing, this threshold appears to be met in Mariupol, which according to its officials is running out of its last reserves of food and water (see also here).

‘Humanitarian corridors’ are one method to evacuate the civilian population to safety. The United Nations Office for the Coordination of Humanitarian Affairs (OCHA) defines them as “[s]pecific routes and logistical methods agreed upon by all relevant parties to allow the safe passage of humanitarian goods and/or people from one point to another in an area of active fighting” (OCHA Glossary of Terms). From the perspective of IHL those corridors are best understood as temporary demilitarized zones (Article 60 AP I; for an analysis, see here).

Once established, it is prohibited for the belligerent parties to extend their military operations, i.e., “all movements and activities related to hostilities” in particular attacks (ICRC Commentary, para 2304), to those zones (Article 60(1) AP I). Additionally, civilians taking part in an evacuation enjoy general protection against the effects of military operations (Article 51(1) AP I). Most importantly, this includes an absolute prohibition of direct attacks against and of violence primarily aimed at spreading terror among them (Article 51(2) AP I and customary rule 1 and rule 2). Hence, should the allegations of intentional attacks against evacuation corridors by Russian forces be correct, this would not only constitute a breach of the evacuation agreements but also the war crime of intentionally directing attacks against the civilian population (Article 8(2)(b)(i) Rome Statue). Importantly, civilians who refuse to make use of evacuation corridors retain their civilian status and are protected against direct attacks in the very same way as evacuees (see ICRC Commentary, para 2.C.).

The procedure and technicalities of evacuations remain subject to the belligerent parties’ agreements (see also ICRC Commentary, sect 2.C.) and there is little guidance specifically on their implementation. However, as a general rule, evacuees must be treated humanely at all times (Article 75 AP I, customary rule 87, and customary rules Chapter V) and States must ensure sufficient conditions of nutrition, health, safety (including from sexual and gender-based violence), and family unity (ICRC Challenges of Armed Conflicts Report 2019, p 24).

Importantly, under certain circumstances evacuations can amount to forced, and hence prohibited, displacement of civilians (Article 49 GC IV and customary rule 129(A)). While IHL allows, and in fact encourages evacuations of civilians for their own security, the choice to take part in evacuations must be a genuine decision of the affected population (ICTY, Prosecutor v Blagojević and Jokić, Trial Chamber Judgment, para 596), which cannot be replaced by an evacuation agreement of the belligerent parties (ICTY, Prosecutor v Simić et al., Trial Chamber Judgment, paras 127-128). As such, evacuations may amount to forced displacement of the civilian population if unlawful acts under IHL coerce the civilians to evacuate (see ICRC Challenges of Armed Conflicts Report 2019, p 24).

Of course, every armed conflict inherently exposes affected populations to violence and belligerent parties should not be discouraged to conclude genuine evacuation agreements. Consequently, as Elvina Pothelet convincingly argues, what amounts to coercion needs to be evaluated against “the inherently coercive context of war”. In my view, a difference should be drawn between lawful acts under IHL with incidental negative effects on civilians and isolated violations of IHL on the one hand, and systematic and widespread patterns of indiscriminate attacks and attacks against the civilian population and civilian infrastructure on the other (similarly ICTY, Prosecutor v Stakić, Appeals Chamber Judgment, para 287 and OHCHR Report, p 4). Indeed, initial reports of Russian forces’ indiscriminate shelling, use of imprecise weapons and cluster munition against populated areas, and attacks against civilian targets, including hospitals and kindergartens (see, e.g., here, here, here, here, and here) suggest a pattern of systematic, widespread, and serious violations of IHL that leaves civilians with the sole choice of evacuating or being subjected to indiscriminate or direct attacks. As one evacuee from Kyiv explicitly insisted: “I had to flee and I’m scared […]. “I don’t want to go abroad […]. We all want to return […].” Insofar, it seems plausible that unlawful acts of Russian forces coerce Ukrainian civilians to evacuate from affected cities and, hence, that these evacuations constitute forced displacement.

The Relevance of Destination

This conclusion is further supported by the fact that several evacuation routes, as proposed by Russia, would require Ukrainian civilians to pass into territory of or controlled by Russia (a proposal quickly rejected by Ukrainian President Zelensky as “completely immoral”). Indeed, for evacuations to be voluntary, civilians should be free to determine the final destination if not for imperative reasons of their own security. In that vein, when dealing with evacuations from Eastern Aleppo in 2016, the United Nations Security Council emphasized that “evacuations of civilians must be voluntary and to final destinations of their choice” (UNSCR 2328 (2016), para 2).

Specific norms of IHL further discourage the evacuation of nationals of one party to the conflict to the territory of another State, in particular that of the adverse party. For example, Article 78 AP I prohibits the “evacuation of children, other than [a State’s] own nationals, to a foreign country except for a temporary evacuation where compelling reasons of the health or medical treatment of the children or, except in occupied territory, their safety, so require”. More generally, Article 35 GC IV grants nationals of a party to a conflict who find themselves in the hands of an adverse party the right to leave the latter’s territory at any time. In my view, this should be understood to imply a prohibition of evacuations of civilians into the territory of an adverse party against their will in the first place. Any other conclusion would also seriously jeopardize two of the main requirements of voluntary evacuations (see again ICRC Challenges of Armed Conflicts Report 2019, p 24), namely that evacuations must remain temporary and must ensure the safety of all evacuees. Both cannot be reasonably guaranteed if civilians are forced to evacuate into territory of the adverse party.

Thus, the proposed evacuation routes for Ukrainian nationals into territory of or controlled by Russia support the conclusion that the evacuation agreements amount to forced displacement. They would only be permissible if the civilians explicitly require evacuation into Russia or if there were no safe routes into territory under Ukrainian control (which is very unlikely given that Ukraine still controls vast areas around the relevant cities.

While regularly not compulsory, IHL encourages evacuations of civilians from besieged and encircled cities. Evacuees are protected by the general rules protecting civilians and enjoy absolute immunity against attacks. Hence, attacks against evacuees not only violate the evacuation agreements but also constitute unlawful attacks against civilians under IHL and war crimes.

In addition, civilians must not be coerced to evacuate as a result of systematic violations of IHL. There is also a strong indication that evacuation routes that require nationals of one belligerent party to relocate into the territory of the adverse party are prohibited. If not complying with these requirements, evacuations can amount to forced displacement. The widespread patterns of indiscriminate attacks and attacks against the civilian population by Russian forces in connection with Russia’s proposal of establishing evacuation corridors into its own territory, suggest that the proposed humanitarian corridors indeed amount to forced displacement of civilians. 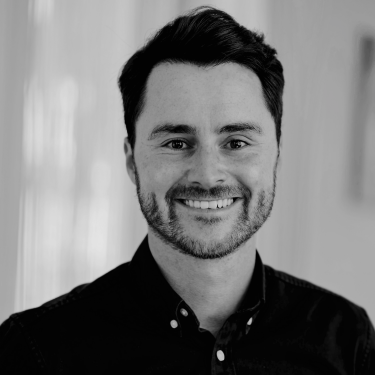 Kilian Roithmaier is a PhD Candidate in the Department of Transboundary Legal Studies at the University of Groningen, Netherlands. His research focuses on the law of armed conflict, in particular regarding proxy warfare.