All’s fair in the law of war?

Legal cynicism in the Israeli-Palestinian conflict

On June 1, 2018, Razan Al-Najjar, a twenty-one-year-old Palestinian paramedic, was killed by Israeli fire during demonstrations along the Israel–Gaza border. Her death triggered intense debates concerning the facts and circumstances of the shooting: was Al-Najjar the target of the Israeli fire, as several human rights organizations concluded, or was the deadly bullet directed at other violent demonstrators, as the Israeli military found? Was she standing alone, with only other paramedics by her side, as some witnesses reported, or was she standing in proximity to violent demonstrators, as the Israeli military maintained? Was her death caused by a direct bullet, an explosive bullet, or a ricochet? These factual disputes were closely linked with disputes over the applicable legal rules, their interpretation and application. Together, the factual and legal disputes centered on one single question: whether Israeli soldiers committed war crimes. Some proclaimed that Israel had violated international law, and that Al-Najjar’s death was a war crime. Others, however, maintained that Hamas was the only entity responsible for the commission of war crimes with respect to this event. Several investigations reached opposing legal conclusions, ultimately multiplying the number of issues subject to dispute. As of this writing, the facts remain uncertain, the legal debates mount, and meaningful accountability seems further away than ever.

This case is just one example of how international humanitarian law (IHL) terminology and epistemology can be used to obstruct rather than aid public debate on contested wartime events. Contemporary critiques of international law have long ago argued that international law is tainted by a degree of legal cynicism, and by either apologetic or utopian politicization of the content and application of its rules (Koskenniemi, 1990). This critique is particularly evident in the field of IHL. Several recent examples – including the international responses to the conflicts in Crimea and in Syria – have demonstrated the growing uncertainty concerning both content and application of IHL’s main rules in various contexts. These, and other, examples weaken the legal regime governing armed conflicts altogether (Krieger, Nolte and Zimmerman, 2019). Coupled with an institutional and enforcement deficit, the application of IHL norms to concrete wartime actions ends up intensifying both factual and legal disagreements.

My research builds on and adds to this critique of international law, employing empirical methods, including experiments, to demonstrate the centrality of international law in the intense disputes about wartime events. In particular, it demonstrates how various actors have been utilizing international law labels, processes, and institutions as a weapon in the war on public opinion. The experiments’ results show that international law labels – and particularly the ‘war crime’ label that has been central in many wartime controversies including those concerning the killing of Razan Al-Najjar – trigger backlash and denial within the perpetrators’ communities, thus intensifying controversies about wartime events.

Processes of legal cynicism are particularly evident in the context of the Israeli-Palestinian conflict. International law experts have often issued — in real time — contrasting legal opinions interpreting international law to allow or prohibit certain military actions committed by the Israel Defense Force (IDF). For example, in 2014, during operation ‘Protective Edge’, the Israeli Government decided to reduce the supply of electricity to the Gaza Strip as a part of its fighting methods. Immediately – and while intense hostilities continued – scholars published learned legal opinions on the legality of this method, reaching opposing legal conclusions. The legal uncertainty around the proper interpretation and application of international law and the scholarly debates that followed enabled the Israeli Government to maintain its position, anchoring it in international law. Another example relates to the interpretation and application of IHL during Operation Cast Lead in 2008-2009. Following the release of the Report of the United Nations Fact-Finding Mission on the Gaza Conflict (“The Goldstone Report”), which blamed both Israelis and Palestinians for the commission of war crimes, the Israeli Government issued its own reports. The facts produced by the Israeli reports stood in stark contradiction to the facts established by the Goldstone Report, and the conflicting legal findings of the UN and Israeli reports sparked additional debates concerning the proper interpretation of international law (Blank, 2010). Faced with these opposing legal opinions, the Jewish-Israeli public rejected the Goldstone Report as biased and unfounded, and ultimately the Report became, in itself, a part of the conflict.

As this last example demonstrates, the constant and intense controversies concerning some of the most fundamental principles of IHL influence the public perception of international law. In particular, the perception that concrete implementation and interpretation of IHL is motivated by political commitments – and can tolerate any conclusion – justifies resistance to unfavorable decisions and intensifies processes of denial. Responding to these frequent and intense controversies, the Jewish-Israeli public has not only resisted the outputs and outcomes of international law, but has also denounced international legal institutions altogether.

Returning to the killing of Razan Al-Najjar and the controversies that followed, international law has been central to the debates and has facilitated backlash and denial. Both the Israeli military and human rights organizations centered their investigations around one legal question: whether the killing of Al Najjar constituted a war crime. This particular international law label, however, has been so politicized that it has a distinct and measurable negative impact on social beliefs about wartime events. To empirically test this claim, I designed an experiment that was conducted in Israel in January 2017 with a representative sample of 2,000 Jewish-Israeli nationals. This experiment provides systematic evidence of the consequences of the ‘war crime’ label on Jewish-Israelis’ beliefs about contested wartime actions committed by their fellow nationals. The findings demonstrate that utilizing the label ‘war crime’ to describe military actions significantly decreases Jewish-Israelis’ willingness to believe information about Palestinian casualties, and fails to stimulate feelings of empathy toward the victims. Jewish Israelis tend to reject facts described using war crimes terminology, and are more likely to feel anger and resentment than guilt or shame.

These findings suggest that the dominance of international law terminology in fact-finding processes relating to wartime controversies has unintended and undesirable outcomes, which should be further explored and explained. Together, the observational and experimental findings discussed in the study suggest that the politicization of IHL, the uncertainty concerning its content and interpretation, and its constant use by conflicting parties to justify opposite positions, significantly constrain its ability to resolve factual and legal controversies. These findings contribute to the broader debate about the role played by international law during armed conflicts, suggesting that rather than serving as an educational and informative tool, it is perceived as a cynical political tool and a weapon in the propaganda war on public perception. 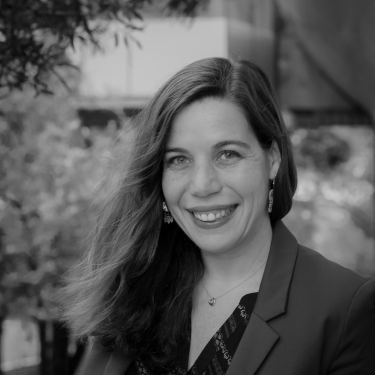 Shiri Krebs is an Associate Professor of Law at Deakin Law School. She is Co-Lead of the Law and Policy Theme within the Cyber Security Cooperative Research Centre (CSCRC) and an Affiliate Scholar at the Stanford Center on International Security and Cooperation (CISAC).