A puzzle coming together

The henchmen of Assad’s torture regime on trial in Germany

Today marks a historical event in international criminal justice. Two former members of the Syrian General Intelligence Service will stand trial before the Oberlandesgericht Koblenz (Higher Regional Court). It is the first time that former members of the Assad regime will be held responsible for state-run torture before a criminal court. While the German coverage of the trial is quite extensive (see the excellent editorial in Süddeutsche Zeitung, episode 8 of the legal podcast ‘Die Justizreporter*innen’ or the coverage by Deutschlandfunk), this blogpost is intended to make this information available to English-speaking audiences as well. Another aim is to highlight intertwining aspects of international criminal trials held before domestic courts, including the broad range of state and civil society actors required to bring such a case to court.

The two defendants are alleged to have been members of the Syrian General Intelligence Service. The defendant Anwar R. is alleged to have led the “investigations” unit in the notorious “department 251”. He was in charge of the interrogators and acted as the military superior of the prison staff, responsible for countless killings, torture and brutal physical and psychological abuse meant to force confessions and to obtain information about the Syrian opposition movement. The defendant Eyad A. was an employee of a subdivision. He was present when a protest march was stopped and responsible for bringing the protesters into the department, where they were then tortured.

Particularly interesting are the circumstances under which the arrest of the two defendants was possible. Both had come to Germany as refugees, just as the Syrian human rights lawyer Anwar Al-Bunni. Al-Bunni who had been abducted and imprisoned by the regime himself, has made it his mission to search for perpetrators of the Assad regime and their victims in Germany, documenting their crimes. He recognised Anwar R. in a refugee accommodation, later on met him at a food distribution point and at a furniture discount store. But it was Anwar R. himself who turned to the police and willingly provided information about his previous profession, apparently believing to be safe from prosecution. He felt that he was being followed, that the Russian or Syrian Intelligence Service was watching him. At a standard hearing of the Federal Office for Migration, Eyad A. also voluntarily described the unit he used to work for at the Intelligence Service.

Foundations: Germany’s VStGB, universal jurisdiction and the role of the GBA

The Völkerstrafgesetzbuch (VStGB – International Criminal Code) came into force in 2002 and embodies the incorporation of the Rome Statute into German law. For international crimes, German criminal law incorporates a comparably wide form of universal jurisdiction, allowing prosecution even if the offence was committed abroad and has no connection to Germany (§ 1 VStGB). However, § 153f Strafprozessordnung (StPO – Code of Criminal Procedure) loosens this principle again, allowing prosecutorial discretion if the accused is not present in Germany.

The Koblenz trial is one of the few trials in which the offences have actually been charged under the VStGB. Boris Burghardt already published a blogpost on a similar arrest warrant against Jamil H., the Chief of the Syrian Air Force Intelligence in 2018. More often however, crimes under the general Strafgesetzbuch (StGB – Criminal Code) have been charged, mostly §§ 129a, 129b (formation of foreign terrorist groups), 211 (murder) or various modes of liability in connection to these crimes. This is because these crimes are easier to proof than their more complex “relatives” in the VStGB.

The Bundeskriminalamt (BKA – Federal Criminal Police Office) hosts a War Crimes Unit, which collects and analyses information on international crimes and submits it to the Generalbundesanwalt (GBA – Federal Prosecutor General) for legal assessment and initiation of investigations. This unit is mirrored at the office of the GBA, who then starts so-called structural investigations, in which preliminary investigations are carried out regarding structures and suspect groups, initially without direct charges against individuals. With success: Trial International’s Universal Jurisdiction Annual Review 2019 lists Germany with one of the highest activity entries, ranging from structural investigations to arrests, defendants in custody, indictments and trials.

The fact that the trial is able to take place can also largely be attributed to civil society, namely the European Center for Constitutional and Human Rights (ECCHR) based in Berlin. The ECCHR supports torture survivors from Syria who appear as so-called “Nebenkläger” (joint plaintiffs) in the proceedings. The German concept of joint plaintiffs allows the victim of a crime to participate on the side of the prosecution in a criminal proceeding, with quite extensive procedural rights, such as permanent presence during the trial and the right to question witnesses and the accused. 16 Syrians who are being supported by ECCHR have already been questioned by the BKA as witnesses in the course of the investigation by the GBA. Nine of them will take part in the proceedings as joint plaintiffs.

At the same time, the organisation’s work on the trial in Koblenz is part of a wider concept of strategic litigation, more precisely a series of criminal charges of torture in Syria, which it has filed together with more than 50 Syrians – torture survivors, relatives, activists and lawyers –in Germany, Austria, Sweden and Norway since 2016. The unique role played by victims in universal jurisdiction trials has been previously explored by academia: Devika Hovell identifies “victim communities and victim-support organisations as key agents motivating universal jurisdiction trials” and describes access to justice as a right of victim communities. Frédéric Mégret even describes universal jurisdiction as “fulfilling a duty of hospitality towards those who have suffered harm abroad but are now on the territory of a new state.” The scene in “Marathon Man”, which he describes in his introduction, is eerily similar to the one Anwar al-Bunni encountered in Berlin.

And there are more actors who are part of the equation. There is the Commission for International Justice and Accountability (CIJA), a private foundation, which secures evidence during armed conflict. It is run by former employees of the United Nations and the International Criminal Court and funded by the US, the EU, and the German Foreign Office amongst others. It provided an entire dossier on Anwar R., including signed documents, statements by insiders and witnesses and contextual evidence. Michelle Burgis-Khastala calls the work of CIJA “entrepreneurial justice”, which she defines as the “identification of a gap or weakness in existing public accountability fora and the creation of a new private or privatized organization and/or approach that seeks to address (at least part of) this gap.” There is also the Caesar Group, ex-employees of the Syrian military police, who secured thousands of photos of tortured and killed prisoners from Syrian government prisons over several years and have taken them out of the country. The Higher Regional Court in Koblenz will examine this evidence legally for the first time.

A human rights lawyer and refugee, a civil society organisation, a community of victims, a private organisation collecting evidence and a country with an extensive universal jurisdiction provision willing to prosecute – all of these actors and aspects had to come together to make the trial in Koblenz possible. As a barrister working in criminal defence I do not want to leave unmentioned that the role of defence counsels in these proceedings is hardly ever addressed, let alone sufficiently appreciated. Part of our understanding of the rule of law is the concept of a fair trial, which suspects of international crimes naturally deserve just as any other defendant. It is also thanks to those engaged colleagues, who are often under-funded and frequently met with hostility for simply doing their job that the compliance with this high standard is ensured.

All of the above said underlines the complexity within which international criminal trials before domestic courts operate, and possibly hints at the mechanisms, which will enable these trials in the future. There will undoubtedly be challenges for the Court. Lengthy and complex proceedings lie ahead, the facts of which are set in a faraway conflict. But with its jurisprudence, the Court has the chance to contribute to the creation of a historical record of this conflict and the evolution of the interpretation of international crimes. I do not want to engage in the predictable and worn out discussion about the ICC’s alleged failures and flaws. The ICC plays an important role within the system of international criminal justice, and while it might currently be struggling to fulfil that role, I am still optimistic that it will continue to find its place therein. This blogpost can be seen as a plea to recognise the role that national authorities and private actors play, rather than regarding them and the ICC as opponents. They are different parts of a puzzle, which could shape the future of the field of international criminal justice.

Elisabeth Baier graduated from the University of Passau with a degree in law and a specialisation in criminal law in 2014. Her legal clerkship included a stage at the International Criminal Tribunal for the former Yugoslavia in The Hague. After her LL.M. in public international law at the LSE and her time as Carlo-Schmid-Fellow at the International Criminal Court, she joined the Berlin-based criminal law chambers Danckert Bärlein Sättele, where she currently works as a barrister in criminal defence. 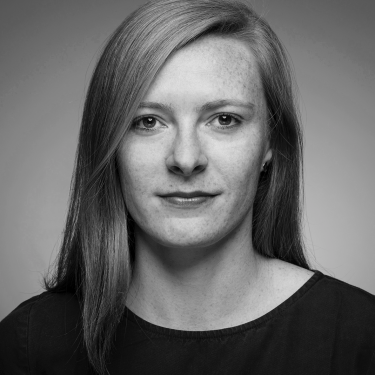