Do today’s international lawyers and political philosophers have something to learn from one another?  Do they, we dare say, share any common agendas about the future of global governance?   Judging from recent work within both fields, scholars are getting around to a tentative yes.  Two disciplines that worked on common issues of global concern, but on separate tracks, are now engaging with one another’s work more than ever.  The time is thus propitious to appraise (and yes, celebrate) important works in this interdisciplinary frame.   Carmen Pavel’s Law Beyond the State presents a morally grounded bold vision for a more robust international law.  As such, it also offers a new opportunity to explore the past, present, and future of international law and global institutions from a multidisciplinary perspective.  As the book draws on and contributes to several disciplines, we have invited four scholars from law and philosophy to discuss the book in successive blog posts. We are very pleased that the author has agreed to close the symposium with a short response.

Some Context for Pavel’s Book

Historically, scholars in law, politics, and philosophy – whether Grotius, Hobbes, or Kant — were attentive to the independent value of international law, the complex interests of states, and the grounds for the legitimate authority of international law. But positivism’s grip on international law, perhaps combined with political philosophy’s orientation away from law, seemed to pull these two fields apart, leading to separate inquiries on matters of global concern.

Thus, political philosophers have addressed a range of topics in international relations, from just war to distributive justice. They arguably have implications for assessing and establishing international law. But the subject of international law – its vast array of rules and institutions — has only much more recently been central to such scrutiny.  Likewise, some political scientists – particularly some international relations scholars invested in the realist paradigm – still regard international law as a weak instrument that states chose to pursue their previously determined interests.  This position has been challenged by scholarship that has emerged since the 1980s, ranging from liberal institutionalists to constructivists take on the dynamics of international law and organizations (Keohane 1989, Moravcsik 1999, Checkel 1998). Legal scholars have been concerned with the legitimacy of international law, but often in the narrow sense of legality rather than more ‘fuzzy’ broader concerns. Indeed, critics have accused legitimacy talk of at least sometimes being used as an intentionally diffuse tools of manipulation (Koskenniemi 2009, Crawford 2004; cf Follesdal 2019).

Today, several topics that are central to academic and public debates again require us to draw on insights from several disciplines – whether about war and peace, human rights protection, climate change, or the power of international institutions.  And colleagues are seeking answers by drawing on insights from multiple disciplines.  Pavel’s book is the latest of several contributions that benefit from standing on the shoulders of scholars of several disciplines, and in turn contribute to these disciplines (to mention but a few: Ratner 2015, Lefkowitz 2020, Besson and Tasioulas 2010, Buchanan and Keohane 2006). The two of us have tried to make the case to philosophers about the centrality of interdisciplinary work in international law (as seen here [Ratner 2018] and here [Follesdal 2021]).

The Book at a Glance

Pavel focuses on the legitimate authority of international law over states, challenging skeptics and defenders of the status quo alike in arguing for a more constitutionalized, less pluralistic global legal order.   The book addresses central paradoxes somewhat familiar to scholars in some of these fields: Why do states have an interest in using their sovereignty to constrain the same by consenting to treaties? And importantly: how do they get to such an improved state of reciprocal constraints? Pavel’s answer is that such self-binding is necessary for collective self-constraints among states that benefit each of them, by reducing the risks of violence, resolving collective action problems, or by enhancing the ability to predict others’ actions.  As a result, she responds to the ambivalence of some global actors to international law by providing moral reasons for them to strengthen international law of certain kinds.

Against worries that states would never agree to such substantive constraints, she argues that the glass is half-full, in several ways: several important features are already present in international law, such as principles of non-interference and jus cogens norms. So a more informed understanding of current international law should dampen the pessimistic forecasts. Pavel also lays out a Hume-inspired account of dynamic coordination that may nudge states to evolve their perceived interests from self-interest toward morally more defensible commitments to common norms.  States develop more complex coordination and dispute resolution and come to support the system of cooperation itself, which morphs into legal rules. This diffuse support leads them to comply, even when particular instances are contrary to their self-interest. So the moral justification of international law is based on states’ long-term evolved self-interest. Thus pessimism is premature, argues Pavel, even if the current international order were to be close to anarchy among purely self-interested states – as some ‘realists’ in international relations might suspect.

The book provides ample examples of the benefits of bringing insights of one discipline to bear on the topics central to other disciplines. Pavel is also so well informed about the current state of research in all of the disciplines that she avoids overreliance on theories popular in the past.  Still, the risk of such work is the need to answer critics from several camps. That risk is exacerbated by another strength of Pavel’s writing: it is analytically clear, so that both premises and arguments are easy to follow – and hence easier to question. Why does she focus on only some scholars of international relations or of international political philosophy rather than others? Why treat non-consent based international law as more peripheral?

The stimulating comments that will be published here in the following days illustrate both the benefits and added challenges to multidisciplinary work of this kind – applauding Pavel’s contributions, while urging her – and the rest of us – to address ever more challenging questions concerning the contributions and challenges of international law.

In the first contribution, David Lefkowitz urges Pavel to attend closer to objections against the need for international law of the kind she defends.  He notes that realists reject international political morality not out of some normative opposition to it, but because they  believe states cannot act according to it; instead states are fundamentally concerned with their own survival.  He also urges Pavel to respond to critics of international law who call for a “pluralist” international law rather than a top-down constitutionalized unitary legal order. Support for any change will require sufficient resonance with existing legal norms and with sufficient room for national communities that are currently crucial for individuals’ identities.

Kristen Hessler then questions whether Pavel’s Humean account of morality developed on the basis of power among self-interested actors conforms with her views about the antithesis of law and power. Hessler also questions whether Pavel’s arguments to strengthen the role of human rights in international law are best regarded as an addition to the Humean account; after all, Pavel’s arguments are not based on the interests of states but on individuals’ status as sources of moral claims. Hessler argues that a Kantian framework provides a better fit with Pavel’s own commitments and aspirations for international law.

In his text, Alain Zysset underscores the value Pavel adds by her multidisciplinary approach. He argues that there are even more reciprocal benefits than Pavel identifies. He cautions against relying on abstract analogies – e.g. that states need compulsory international courts protecting their internal sovereignty for the same reasons that individuals need domestic courts to protect their freedom. Zysset also notes that political theorists do contribute at less abstract levels to resolve apparent dilemmas, particularly those whose work is informed by more situated understandings.

Finally, Kostia Gorobets challenges Pavel’s discussion of the international rule of law. He urges a clearer distinction between the criteria for the rule of law – legality – and the conditions for how the rule of law should function – typically constraining the state in order to protect citizens’ human rights and equality. These normative concerns are difficult if not impossible to extrapolate to international law as commonly understood in a Hobbesian tradition.  Gorobets challenges what he regards as Hobbes’ misconceived views of international relations and international law, one where states are never sure if war will break out.  Under such uncertainty, states have no normative obligations beyond self-preservation, prior to and independent of those norms they voluntarily accept. So whence any normative standards for the legitimate international rule of law?

We hope that we have sparked the interest of some readers and wish you all an interesting read! 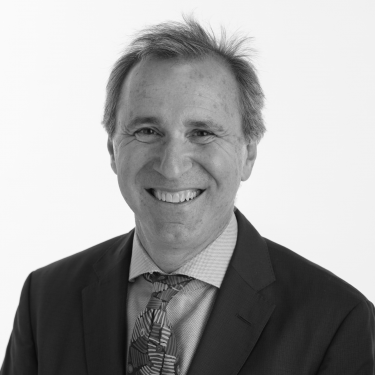 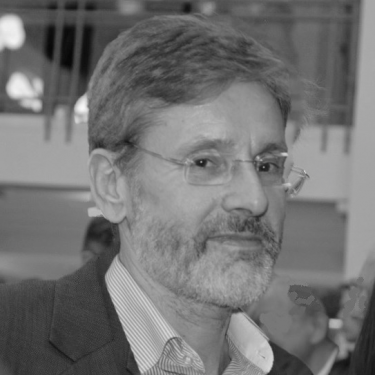 Andreas Follesdal is a Professor of Political Philosophy at the Faculty of Law, University of Oslo and Co-Director of PluriCourts, a Centre of Excellence for the Study of the Legitimate Roles of the Judiciary in the Global Order.