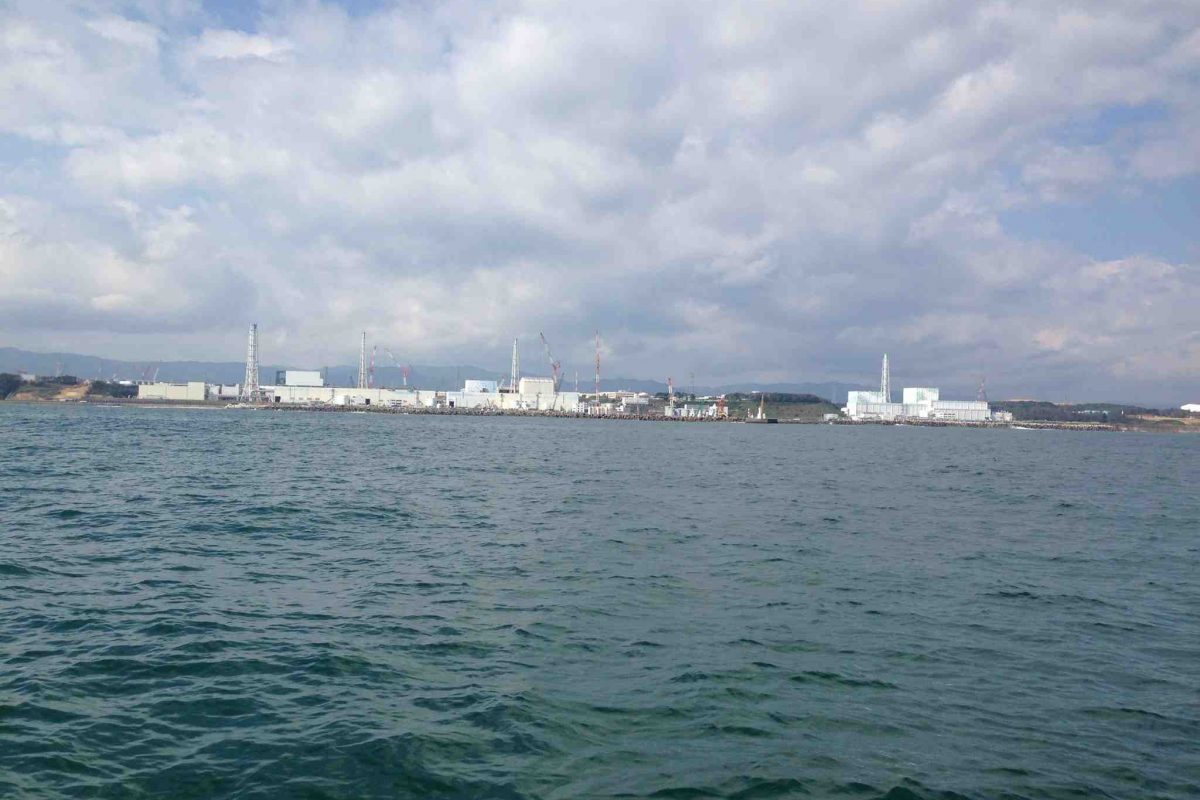 On 13 April 2021, the Japanese government formally authorised the release of 1.25 million tons of treated radioactive wastewater from the Fukushima Daiichi Nuclear Power Plant into the Pacific Ocean. While the decision is backed by the International Atomic Energy Agency (IAEA), the US, and nuclear scientists reassuring the “minimal impact” of the planned discharge, the decision was met with waves of protest from local fishermen, Japan’s neighbours, South Korea, China, and Russia, several Special Rapporteurs of the OHCHR, ecologists, and environmental activists. South Korea’s President Moon Jae-in has ordered his staff to review the possibility of referring the Fukushima wastewater decision to ITLOS, including considerations of filing for provisional measures. While the optics are certainly not in Japan’s favour, the public support South Korea has garnered as a neighbouring state immediately affected by the Fukushima wastewater decision will not lend it the upper hand in potential ITLOS proceedings. As this article argues, the impending dispute must be understood in light of the well-known MOX Plant case. In this case, ITLOS assumed a high threshold for the degree of nuclear pollution which needs to be present in order for the affected State to obtain relief.

In relation to the protection of the marine environment from waste pollution, treaty law reflects the obligation to prevent and to take precautionary measures against transboundary environmental harm under customary international law. The deliberate disposal, i.e. “dumping”, of waste materials into the ocean waters is regulated by the London Convention (1972) (LC) and Part XII of UNCLOS, both of which South Korea and Japan are signatories to. While the LC applies to acts of dumping “at sea”, i.e. from “vessels, aircraft, platforms or other man-made structures at sea”, Part XII UNCLOS also covers land-based pollution of ocean waters. Since the discharge of the Fukushima wastewater discharge is authorised from a land-based coastal facility, only UNCLOS applies.

Article 207 UNCLOS specifically sets out a state’s obligation to adopt legislation and take other necessary measures to address pollution from land-based sources. Article 207 (5) UNCLOS underlines that these measures shall be designed to “minimize, to the fullest extent possible, the release of toxic […] substances”. The LC includes a “grey” list with substances, which may be considered for dumping under strict control and a “black” list of prohibited substances, which explicitly enumerates radioactive waste, unless the level of radioactive exposure falls under the de minimis threshold. However, UNCLOS, unlike the LC, does not further specify these toxic substances.

There are several ways to incorporate the LC’s list (working in South Korea’s favour) with the accompanying de minimis exception (working in Japan’s favour), into the reading of “toxic substances” of Article 207 (5) UNCLOS. First, Article 210 (6) UNCLOS on pollution by dumping sets out that national laws and measures shall be no less effective than “global rules and standards”, which would encompass the LC list as well as a similar list adopted in the UNEP’s Montreal Guidelines (1985) on the Protection of the Marine Environment Against Pollution from Land-Based Sources. Second, since Japan and South Korea are both signatories of UNCLOS and the London Convention, the latter’s list could be read into the inter partes obligations in Article 207 UNCLOS through treaty interpretation according to Article 31 (3)(c) VCLT, which allows “any relevant rules of international law applicable in the relations between the parties” to be taken into account. This would also include Article 11 et sq. of the Joint Convention the Safety of Spent Fuel Management and on the Safety of Radioactive Waste (1997) with the obligation to “ensure that the generation of radioactive waste is kept to the minimum practicable” and “strive to avoid actions that impose reasonably predictable impacts on future generations greater than those permitted for the current generation”. Third, the definition of “dumping” under UNCLOS was based on that in the LC adopted years prior. At the 1994 consultative meeting the Contracting Parties expressed that State Parties to UNCLOS would be legally bound to adopt laws and regulations on dumping, which should be no less effective than the standards set out in the LC.

South Korea’s potential move to call on ITLOS particularly echoes the well-known MOX Plant dispute (MOX Plant (Ireland v UK), Order of 13 November 2001), stemming from the UK’s authorisation of a nuclear fuel (“MOX”) reprocessing plant. This case similarly raised concerns of marine pollution through discharge of radioactive material into the Irish Sea. The ITLOS tribunal denied Ireland’s request for provisional measures, citing the lack of “urgency”; it only ordered both parties to cooperate in information exchange and monitoring, which was subsequently affirmed by another Annex VII tribunal.

One key finding in the MOX Plant case, which would likely tip the balance in favour of Japan in the future Fukushima proceedings discussed here, relates to what the Annex VII tribunal considered “serious potential harm“. The UK maintained the discharge would be “infinitesimally small” (ITLOS UK’s Response, para 11), despite the Irish Sea being known as one of “the most radioactively polluted seas in the world” (ITLOS Ireland’s Memorial, para 10). The tribunal ultimately found the radioactive discharges from the MOX plant to only contain a small quantity of radionuclides of plutonium-241 and cesium-137 with half-lives of 14 and 30 years respectively, which it considered to be “an extremely long half-life” (Order No. 3 at 16, paras 45, 54). Given the general “notorious” nature of plutonium, the tribunal still maintained a high standard of what constitutes serious potential harm, a position in Japan’s favour, since the element in the Fukushima wastewater is tritium with a half-life of 12.3 years, which, if measured against the tribunal’s findings, would be considered “extremely long”. It is, however, important to note that experts do consider tritium’s half-life as relatively “short” (see here and here), which would indicate more intense radioactivity.

Based on Japan’s current position, its use of the de minimis exception would rest on its assertion that nuclear power plants all over the world regularly release water containing only traces of tritium into the environment, as well as its plan to dilute the water until the tritium concentration is 1/40 of what Japan allows in drinking water. While some experts are sceptical about whether the technology of Fukushima’s operator can completely remove all the more hazardous non-tritium elements, the main resounding warning is that hazards of tritium are being underestimated and could pose long-term, unknown, and unforeseeable risks to humans and the environment, especially because the concentration of radioactive isotopes increases exponentially within the body as they move up the food chain.

Finally regarding the “balance of interests” test (Article 10 ILC Articles) Japan does have considerable leeway to refer to its own and experts’ argument that discharging to the sea is still likely to be “the sensible option because anything else causes bigger problems” (Article 10 lit c and e), e.g. when weighed against risks of tanks leaking in the earthquake-prone region or the contamination of rainfall and thus groundwater entering the site. Japan further raised feasibility concerns, since tritium is an isotope of hydrogen, an element part of the water molecules, therefore extremely difficult to separate. Alternatives such as evaporating or storing the waste water underground were not deemed feasible, with evaporation being “difficult to monitor and control” where the output subsequently fell and ground storage having contaminations risks as mentioned above.

ITLOS dismissed the lack of urgency in Ireland’s request for provisional measures in the MOX Plant case, which could likely be the case in the future Fukushima case. The commencement of the discharge in two years’ time is currently conceived as a “trial releases” before the actual discharge. One week after announcing the Fukushima wastewater decision Japan and the IAEA extended an invitation to South Korea to join the UN monitoring team, overseeing planned discharge. Given the very high threshold for finding a significant pollution under the UNCLOS regime, the Fukushima case, despite the legitimate concerns of the pernicious effects of radioactive pollution of the marine and coastal ecosystem, as the MOX Plant case, will proverbially slip through the cracks of the UNCLOS regime. Consequently, South Korea would be better advised to assume the seat on the monitoring body, where it can leverage the substantial domestic and international public support it has already garnered. In doing so it can push for stronger measures and safeguards, which it would otherwise not be able to obtain from a tribunal under UNCLOS. 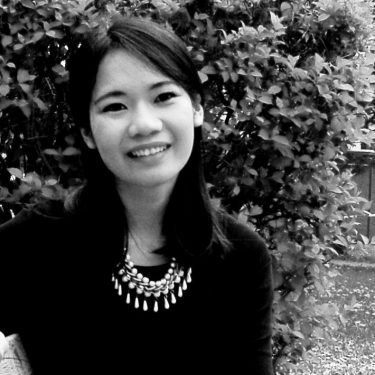 Anh Nguyen is a law graduate of the University of Vienna, where she focused on public international law. She is a trainee in international dispute resolution and currently completing her judicial clerkship in the district of the Vienna Higher Regional Court.