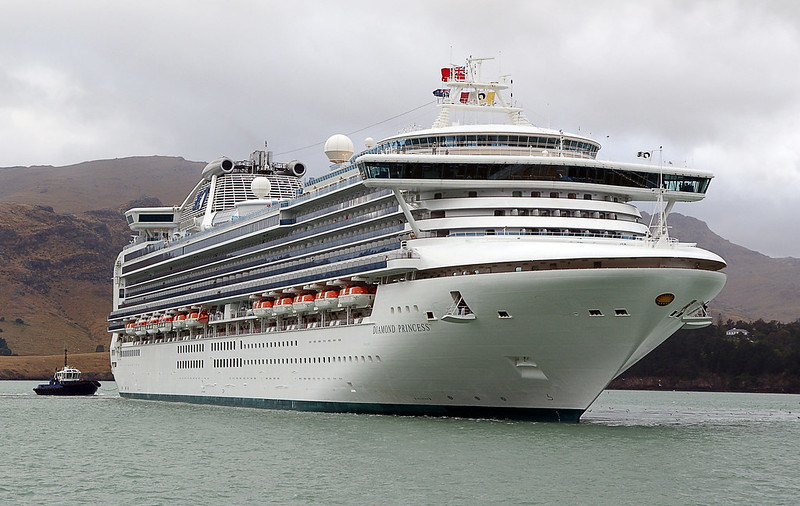 Human rights in the wake of the coronavirus outbreak and quarantines

The word ‘quarantine’ is rooted in the practice of quaranta giorni, which meant isolating ships arriving from infected ports for 40 days. For ages, countries have dressed the curtailment of individual liberties in the garb of safeguarding public health, and the recent Coronavirus (COVID-19) outbreak is no different. Infected, symptomatic and even asymptomatic people are facing a violation of their privacy, inordinate restrictions on their movement and risk of infection due to the quarantine itself. States have often resorted to this practice to curb the spread of outbreaks like Ebola, Cholera, Black Death, Influenza and many more. Human rights issues were only lurking around the periphery of these incidents and were largely overlooked until they saw the light of day with international legal developments like the ICCPR. Also of note are the International Health Regulations adopted by the WHO. These regulations originated at the International Sanitary Conference in 1851, and by 2007 had been adopted by more than 150 States.

The right to privacy permeates numerous aspects of human life, for instance identity, sexuality and health. This fact is also evident from the all-encompassing scope of the language of Article 17 of ICCPR. However, the HRC in its General Comments on Article 17 and Article 4 pointed out that this right is ‘necessarily relative’, and also laid down guidelines for States to comply while interfering with this right. The landmark UNHRC cases of Toonen v. Australia, Van Hulst v. Netherlands, and Raihman v. Latvia have elucidated the ‘principle of proportionality’, wherein any regulation interfering with a human right must do so in a just and proportionate manner.

While there is no denying the fact that suspending certain rights and liberties is inevitable to secure public health during epidemics, a conflict arises when countries disturb this fragile balance between public health and individual liberties. With continuous developments in modern technology, countries are now equipped with better and more efficient means of surveillance, and hence the problem of infringing privacy aggravates even more. While earlier, methods like webcam monitoring were used, countries are now using artificial intelligence and similar high-end technology. China has adopted methods like using mobile applications to track the movement of infected people within the quarantine, tracking the body temperature of people walking on streets through security cameras equipped with infrared and facial recognition technology, and monitoring passengers in trains. Some apps developed by tech giant Alibaba’s sister company are sending private information directly to the government as soon as users sign up. Methods like these can have serious privacy implications as most of the data retrieved from these apps is in the public domain, and can reveal quarantined people’s identity, location, and other private information.

Right to health: whom to save first?

The quarantine of the Diamond Princess cruise ship is a clear example of how States still resort to practices like quaranta giorni even in the presence of ‘modern’ regulations, declarations and covenants. The cruise ship, carrying more than 3500 crew and passengers, was quarantined by Japan for more than a fortnight. Where initially only a few people were suspected of carrying the virus, the restriction of movement led to the death of 6 people and more than 600 passengers and crew members being infected. Reports indicate that quarantining itself was the reason why the ship became ‘a boiling pot of transmission’ for the infection. There are other similar cases where people have been quarantined in military bases, volleyball courts and other places not equipped to contain a contagious disease.

The ICESCR provides people with certain freedoms and rights which are purported to be included in the ‘right to health’. These include the right to healthy working and environmental conditions, and the right to prevention, treatment, and control of diseases. Keeping asymptomatic people in quarantine with symptomatic and infected people cannot be a solution in line with these provisions. It not only infringes on their right to a safe and healthy environment and incidental rights like movement and privacy but it also poses a risk of further spread of the infection.

Like in the infamous Hickox and the recent Li Wenliang cases, doctors, medical practitioners and other volunteer health providers serving in quarantines have been among those most severely affected. This is illustrated by the incidents like the one involving Yu Yajie. She was a nurse who risked her health to prevent the spread of COVID-19 and is now one of the probable patients of the virus. The unavailability of adequate equipment has proved fatal for numerous nurses and health providers like Ms. Yu. This is a direct result of reckless quarantining which leads to problems like logistical impediments and ineffective administration during the outbreak. Hence, quarantining is not only a problem for asymptomatic people but also for the ones trying to prevent it.

Right to movement: fundamental yet fragile

Initially, quarantining methodologies were mostly limited to ships arriving from infected ports. Nowadays quarantining has been taken up a notch. It can even be compared to cordon sanitaire, where the movement of masses of people is restricted at the same time. In Wuhan, the Chinese government effectively cordoned the entire city by cutting off transport linkages to and from the city.

These incidents reflect just the tip of the iceberg. The pertinent question that arises here is the validity of these actions from quarantined people’s point of view. The friction between the right to movement as a basic right and public health can be observed in Article 12 ICCPR. While sections (1) and (2) guarantee freedom of movement, section (3) clearly mentions that these rights are not absolute and can be restricted on reasonable grounds. The fine line between what is reasonable and unreasonable allows States to mould this Article according to their whims and fancies.

The situation declined when foreign residents of Wuhan were ‘evacuated’ by their home countries just to get quarantined in a section of an air reserve base. The breach of trust engendered by such practices leads to scepticism among those quarantined regarding their basic human rights. Indirectly coercing people into quarantines in unsuitable locations can intensify panic amongst the concentrated crowd and create another viral hub.

In this perplexing dichotomy between individual human rights and public health, a level playing field is necessary to obtain a balanced solution. To counter reckless quarantining of masses of people, the WHO should cooperate with countries to devise country-specific quarantine plans, based on the socio-economic conditions of a State. This would ease the tension between human rights and public health to a certain extent. Another probable solution would be to encourage the practice of self-quarantining of asymptomatic persons. Instead of forcing them into quarantines with symptomatic and infected people, they should be directed to stay at their homes and should be provided appropriate means of protection against the virus. Quarantines should be used as a last resort and should be planned with technological, administrative and medical expertise. After all, saving human lives at the expense of human rights only serves half the purpose.

Eukti Garg and Abhijeet Vaishnav are LL.B. students at the Rajiv Gandhi National University of Law (RGNUL) in Patiala, India.