Pavel’s argument in favor of constitutionalizing international law begins by defending a Humean normative framework. I’ll argue that this focus is not the best fit for her own positive proposals, and suggest instead that Kant’s arguments in Perpetual Peace might better motivate and justify her proposals.

A Humean approach shows how law may develop without government. In Hume’s account, law originates from the coordinated activities of a multitude of people, all pursuing their own self-interest. Social conventions enable cooperation that facilitates the pursuit of individual self-interest (within the bounds of the evolved conventions) and the success of collective goals and projects. As coordination deepens and becomes more complex, individuals develop an interest in sustaining the system of cooperation itself, even where the particular rules or conventions might run counter to their immediate self-interest. Hume thus accounts for “the evolution of social rules, including law,” as Pavel says, through a process of dynamic coordination and conflict resolution (37). This approach can also explain the development of international law as the result of the same process of “dynamic coordination” among states interacting without a global sovereign.

However, justice itself, on Hume’s account, is a product of the same evolutionary process of increasingly formalized social conventions that eventually evolve into law. Because Hume lumps moral and legal rules together in one explanatory-cum-normative account, it is difficult to understand this framework as providing any distinctively moral justification for law or legal systems. To the extent that such a justification is present, it is dependent on the fact that the evolution of justice and law, for both individuals and states, have their roots in “an evolved sense of self-interest,” as Pavel puts it (48). But this is a very limited sense of what it might mean to provide a moral justification for the development of law, and in my view its limitations pull in an opposite direction than Pavel’s proposals in at least two ways.

First, the Humean framework incorporates a strong bias in favor of existing moral and legal rules and structures. For Hume, any justification for existing rules would require explaining that they have evolved thus far precisely because they have enabled individuals and states to successfully coordinate their activities despite their divergent interests and goals. The Humean framework is therefore committed to a presumptive bias against top-down (in the sense of non-evolved) reform to international law. By contrast, however, Pavel’s account recommends reforms to international law based on abstract considerations like the internal logic of law and (as we will see in the next section) the moral requirements of human rights. While this is in my view a reasonable way to proceed, it does not seem to be a very Humean way to proceed.

Relatedly, Pavel distances her account very deliberately from politics. For example, she argues that the point of her proposal is to bring “state interaction further under the sphere of law and out of the sphere of politics and diplomacy, with their attendant pathologies of violence, domination, and inequalities of power” (142). And elsewhere: “Law is not only distinct from power but must be the antithesis of power if it is to serve its social purpose properly” (98). In other words, Pavel’s account does not seem to recognize any inherent value in the necessarily political mechanisms needed to bring international law closer to a coherent, morally justifiable system of law. While this also seems decidedly anti-Humean, it also seems to overstate the distinction between law and politics. While it’s true that in a well-designed polity the exercise of political power is constrained by law, at the same time it’s important to remember that law is itself a product of politics. This might seem lamentable, as if the law in being “political” is therefore infected by the relentless pursuit of self-interest and power that characterizes politics. But the reverse is also true: politics is a value-laden form of social action that often serves to correct and reform law in morally progressive directions. If law is political, and if politics is at least sometimes moral, it is less clear that we need a philosophical account of law as “the antithesis of power,” as opposed to law as both emerging from politics and providing rule-governed institutions through which politics plays out.

One the central moral pillars of Pavel’s account is “affirming the value of individuals as sources of moral claims” (50). She recognizes that a Humean account cannot accommodate this value, arguing that it is “too narrow” to incorporate the ideas of human rights and the “dignity protecting” function of law (50-51). However, I think it would be more accurate to say that the Humean account renders these ideas simply unintelligible, at least in the sense that Pavel wants to make use of them, namely, as especially strong normative constraints on the moral justification of law. Insofar as the Human framework is normative (as opposed to just an armchair sociological account of the origins of law), the framework it constructs is simply incompatible with the idea of individuals as sources or moral claims. For Hume, morality is, just like law, a product of social conventions that human beings come to feel as obligatory (our “sense of justice”) once their societies establish that the system that promotes peaceful interaction and the resolution of conflict best serves everyone’s “long term and enlightened self-interest.” While rules protecting human rights may ultimately do just this, this does not mean that, on Hume’s account, it’s true that individuals have independent value as sources of moral claims. What it means is that the social convention that treats individuals as if they had such value becomes recognized as overall conducive to the pursuit of individual self-interest and collective social projects over time, to the extent that people regard it with a sense of approval and treat it as obligatory.

If Pavel’s reliance on human rights assumes, as I think it does, that it is true that individuals have value as sources of moral claims, and if I’m right that this claim is incompatible with the Humean framework, then there’s a puzzle at the very heart of her argument. In giving respect for human rights a central place in her positive argument, is she rejecting the Humean account of the nature of justice? If so, what remains of the benefits of taking a Humean approach in the first place? Is she only relying on Hume’s descriptive account of the development of law, and not on his account of normativity at all?

I suggest that a Kantian approach might provide a more fruitful normative framework for Pavel’s argument. Here I will only briefly mention some of the striking similarities between Kant’s and Pavel’s projects.

First, Kant agrees with Hume that states coexisting without a global sovereign is a condition of conflict that leads to war. They both emphasize that war does not serve the enlightened, long-term interests of states or their citizens. Also like Hume, Kant’s proposal in Perpetual Peace presents the development of international law as solving the same kind of paradox of commitment as that facing individuals without a state. To this extent, Pavel should find Kant’s view amenable.

Second, one of the preliminary articles or preconditions for international peace that Kant identifies demands that “no state shall forcibly interfere with the constitution and government of another state”—protecting just the kind of state-level autonomy that Pavel prioritizes in her own proposals (154).

Third, Kant’s account requires that all states should be republican, characterized by separation of powers to ensure the rule of law and the rights and freedoms of individuals within the state, echoing Pavel’s insistence that an international constitution must prioritize “limits on sovereign autonomy in the name of human rights” (154).

Fourth, Kant argues that international society should begin as a federation of free states. This echoes Pavel’s proposal that the “critical mass of states” likely to begin developing an explicit constitution for international law will be “those with a stronger constitutional tradition” (156).

Fifth, Pauline Kleingeld argues that Kant is committed to the idea that a global “state of states,” with coercive authority over states’ governments, is normatively ideal, and could in fact evolve over time out of the initial federation of free states. Presumably this state of states would incorporate many of the constitutional elements for international law that Pavel advocates.

Finally, as Kleingeld argues, Kant’s argument for all of this emphasizes not only the abstract idea of right, which Hume disdains, but also a virtuous cycle based on the enlightened self-interest of states and individuals. As states and their citizens come to enjoy the benefits of international peace and stability, they will be motivated to strengthen the system of international law. In turn, this will enable states to disinvest in standing armies, choosing instead to develop their own rights-protecting political institutions and their citizens’ welfare and education. 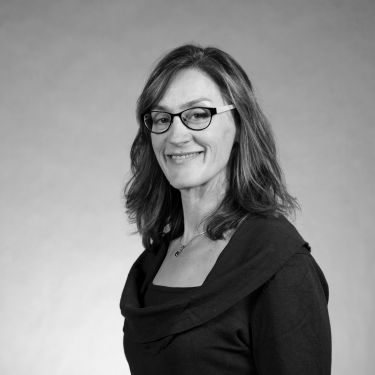