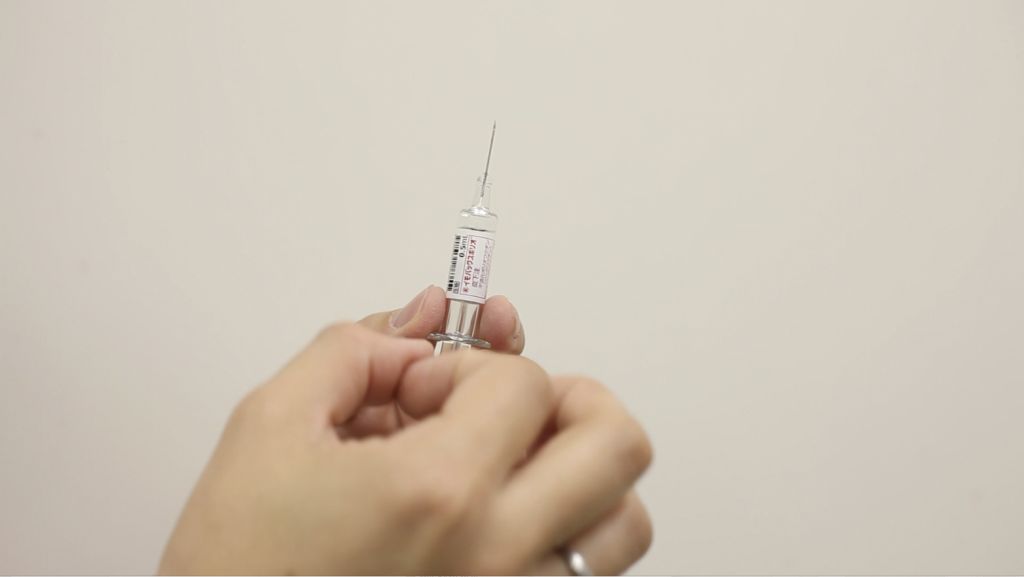 What Does the Vavřička Judgement Tell Us About the Compatibility of Compulsory COVID-19 Vaccinations with the ECHR?

On the 8th of April, the Grand Chamber of the European Court of Human Rights (‘the Court’) issued its widely-anticipated judgement on Vavřička and others v. the Czech Republic shedding some light on its view on mandatory vaccinations. As public discussions on COVID-19 vaccines multiply and some States waveringly lean towards compulsory vaccinations policies, the Court’s judgement could not have been any timelier, since it provides useful guidelines on the circumstances, under which compulsory COVID-19 vaccinations can be deemed as compatible with the European Convention on Human Rights (‘ECHR’).

Background of the Case

The case originated from six applications, lodged by a father, who, having omitted to have his children vaccinated, was found to have committed a minor offence, and five ‘child applicants’, who had either not been admitted to nursery school or whose enrolment had been cancelled, as they had not been (duly) vaccinated in line with the relevant national legislation.

The applicants relied on ECHR Articles 8, 9, 2, 6, 13 and 14, as well as on Article 2 of Protocol 1, to complain about the consequences of non-compliance with mandatory vaccinations. However, to the Court’s view, their claims under Articles 9, 2, 6, 13 and 14 were inadmissible (paras. 338, 347) and their applications should be assessed only under Article 8 (right to respect for private life). After this assessment, the Court did not deem it necessary to also examine their claims under Article 2 of Protocol 1 (right to education) (para. 345).

The Court recalled that ‘compulsory vaccination, as an involuntary medical intervention, represents an interference with the right to respect for private life’ under ECHR Article 8 (para. 263). Although the contested vaccinations had not been actually performed, the Court held that the mere vaccination duty and the direct consequences of non-compliance therewith also amounted to an interference (para. 263).

On assessing whether the limitation was justifiable under ECHR Article 8(2), the Court first noted that the measure of compulsory vaccination was introduced via an accessible and foreseeable legal provision (paras. 266-271) and pursued the legitimate aim of the protection of health and of the rights of others (para. 272). What needed to be further assessed was whether the interference was ‘necessary in a democratic society’.

For the assessment of compulsory vaccinations’ necessity, the Convention’s institutions had elaborated a number of criteria in their jurisprudence (see here and here). Precisely, in the case of Solomakhin v. Ukraine, where the applicant was involuntarily vaccinated against diphtheria during an epidemic, the Court assessed: 1) whether public health considerations necessitated the control of the spreading of infectious diseases; and 2) whether necessary precautions had been taken with regard to the suitability of vaccination for the individual case at hand (para. 36). These criteria had been already envisaged by the European Commission of Human Rights (‘EComHR’) in Boffa and others v. San Marino, which additionally stressed the existence of a Margin of Appreciation (‘MoA’) enjoyed by the States in this regard (para. 35).

These criteria were further elaborated and specified by the Court in the Vavřička judgement, where compulsory vaccinations’ necessity in a democratic society was assessed through a thorough consideration of 1) the states’ MoA (paras. 276-280), 2) the existence of a pressing social need and relevant and sufficient reasons necessitating the interference (paras. 281-289) and 3) the proportionality of the interference with the legitimate aim pursued (paras. 290-309). The Court’s analysis can be summarised as follows:

The Necessity of the Interference in a Democratic Society

Drawing on the consensus among ECHR-parties and international bodies on the value of vaccinations as successful and cost-effective health interventions on one hand (para. 277) and on the lack of inter-State consensus over a coherent policy on children’s vaccination on the other (para. 278), the Court took the view that the States enjoyed a wide margin of appreciation on the matter (para 280). This conclusion was also influenced by the value of social solidarity and ‘the duty to protect the health of all members of society, particularly those who are especially vulnerable with respect to certain diseases and on whose behalf the rest of the population was asked to assume a minimum risk in the form of vaccination’ (para. 279).

The Court went on to highlight that States are under a positive obligation to take appropriate measures to protect the life and health of those within their jurisdiction (para. 282). It found that the Czech Republic had imposed children’s compulsory vaccination as an answer to the pressing social need of protecting individual and public health and of preventing a downward trend in the vaccination rate among children (para. 284). Thus, the Court deemed the domestic legal framework to be consistent with the best interests of the children and required by relevant and sufficient reasons (para. 289).

Ultimately, the Court had to assess the stricto sensu proportionality of the measure. In this regard, it noted that the vaccination duty under domestic law concerned diseases, against which vaccination is considered effective and safe by the scientific community (para 291) and that the domestic law provided for exemptions on grounds of contraindication or conscience (para. 292) as well as for compensation in case of injury caused by the vaccination (para. 302). Furthermore, it underlined that the national law did not allow vaccinations to be forcibly administered and that the duty was enforced indirectly through sanctions, which had a protective character (paras. 293-294). Lastly, the Court highlighted that the competent authorities had taken necessary precautions, such as the monitoring of the safety of the vaccines in use and the assessment of possible contraindications in each individual case. In this regard, the Court’s assessment evinces a shift form the EComHR’s earlier jurisprudence: unlike the EComHR, which suggested that the individual at stake would have to demonstrate the probability that the vaccine will cause serious problems to her/his health (Boffa and others v. San Marino, p. 35), the Court suggests that the national authorities should bear the burden of safeguarding the suitability of vaccines in use and of checking for possible contraindications in each individual case (para. 301). As this requirement was found to have been met, the Court concluded that the interference was proportionate to the legitimate aim pursued and necessary in a democratic society (paras. 309-310) and found no violation of Article 8 ECHR.

Compulsory Vaccination as an Interference with the Freedom of Thought and Conscience?

Examining the applicants’ claims under ECHR Article 9, the Court recalled that not all opinions or convictions constitute beliefs protected by this provision and noting the lack of consistency regarding the philosophical or religious aspects of the applicants’ objection to vaccination in the domestic proceedings (para. 334), it concluded that the applicants failed to substantiate that their critical opinion on vaccination was of such sufficient cogency, seriousness, cohesion and importance as to constitute a belief protected under ECHR Article 9. Thus, it found that the applicants’ claim was inadmissible (paras. 334-338).

Despite that, the Court’s analysis indicates a slight shift in the jurisprudence of the Convention’s institutions, which opens the way towards the acknowledgment of compulsory vaccinations as an interference with ECHR Article 9. Indeed, the Court emphasised that the national law provided an exceptional waiver of the penalty for non-compliance with the vaccination duty on grounds of conscience (para. 334). Similarly, in his dissenting opinion, judge Wojtyczek underlined that this exception clause was ‘a very important argument’ in favour of the measure’s compatibility with the Convention (para. 17). These statements seem to suggest that the Court no longer embraces the findings in Boffa and others v. San Marino, in which the EComHR found that a vaccination duty that applied to everyone (regardless of religion or personal creed) was compatible with ECHR Article 9. Indeed, the Vavřička judgement suggests that the level of cogency, seriousness, cohesion and importance that a conscientious objection against vaccinations needs to meet to fall within the ratione materiae scope of ECHR Article 9 is relatively high. Additionally, even when an objection falls within the scope of Article 9 ECHR, this does not mean that the interference could not be justified under the limitation clause of Article 9 (2) ECHR.

How Does the Vavřička Judgement Contribute to Discussions on Compulsory Vaccinations Against COVID-19?

In the Vavřička judgement, the Court did not leave room for generalisations. Instead, it highlighted that its analysis concerned the ‘standard and routine vaccination of children against diseases that are well known to medical science’ (para. 158, emphasis added), and that ‘in the present case, which specifically concerns the compulsory nature of child vaccination, that margin should be a wide one’ (para. 280, emphasis added). However, despite such pronouncements, the Court’s analysis shed more light into the formerly established criteria on the assessment of compulsory vaccinations’ necessity in a democratic society and provides clearer guidelines on the compatibility of compulsory COVID-19 vaccinations with ECHR.

Indeed, building on the Court’s analysis on the MoA in the Vavřička judgement (paras. 277-278), one notes a consensus among States and international bodies on the efficacy of COVID-19 vaccines and a lack of consensus among States on mandatory vaccinations against COVID-19. These considerations, along with the Court’s finding that ‘in matters of health-care policy, it is the domestic authorities who are best placed to assess priorities, the use of resources and social needs’ (para. 285) lead to the conclusion that the assessment of whether compulsory vaccinations against COVID-19 should be introduced falls within the States’ MoA margin of appreciation.

Additionally, based on the Court’s clarification that a decrease in voluntary vaccinations constitutes a pressing social need (paras. 283-284) and that in cases, where herd immunity is not relevant due to the nature of the disease, compulsory vaccinations can be reasonably introduced for the achievement of an appropriate level of protection (para. 288), mandatory vaccinations can be also deemed as a reasonable response to COVID-19. After all, as the Court held, the existence of less prescriptive alternatives will not be a decisive factor in the assessment of compulsory vaccinations’ necessity in a democratic society (para. 310), although the existence of exclusion clauses for reasons of contraindications or conscience (para. 292), the assessment of the vaccination’s suitability in each individual case (para. 301) and the availability of compensation in case of injury to health due to the vaccination (para. 302) will be central in the assessment of the measure’s proportionality.

Based on the analysis above and on the guidelines provided by the Vavřička judgement, one can conclude that the measure of compulsory COVID-19 vaccinations will be compatible with the ECHR, if the vaccination is considered safe by the scientific community, it is only indirectly imposed through sanctions of a protective character with respect to conscience exceptions, necessary precautions are taken (prior assessment of potential contraindications in each case and monitoring of the vaccines in use), compensation is available in situations of injuries caused by the vaccine.